Harvey Weinstein embodied the essence of Cannes, a city synonymous with glamour that simultaneously struggles with corruption and criminality. For decades, he was King of the Croisette. But while publicly he was surrounded by distinguished awards and the paparazzi-driven flash of the world’s most prestigious film festival, behind the glare he looked more like a crude and vulgar bully and, many women claim, a brutal and dangerous sexual predator.

Weinstein spent much of his time just outside of Cannes at the Hotel du Cap, the luxury resort on the Cote d’Azur. It was there, according to Italian actress Asia Argento’s revelation to The New Yorker, that Harvey lured her to his hotel room and sexually assaulted and raped her.

The bartender at the du Cap’s bellini bar, who has worked at the hotel for more than 20 years, has no trouble believing the horror story. “[With Harvey] it’s everything you have read, and worse,” he tells THR. “He was always in here with one or two young girls, very loud, but we are always polite because he is a guest.” The bartender says he doesn’t know what went on in the rooms, but he knows Weinstein’s behavior has brought his resort into disrepute. “Unfortunately, now he is the most famous person to have stayed here,” he says.

Hollywood's Female Crewmembers Suffer Harassment Without the Platform of Stardom

The Hotel du Cap was Harvey’s home away from home during the film festival every May — he not only stayed at the hotel but sponsored the star-studded annual amfAR gala that takes place in the garden. He was a guest of the hotel for decades, and stayed away from the main building in the much more tony Eden Roc, the cliffside structure that boasts expansive Mediterranean views where suites run $100,000 for the two weeks of the festival. The hotel sits on 22 acres on the tip of Antibes, and yachts like the Odessa II — billionaire Len Blavatnik’s $100 million boat that Weinstein frequented during the festival — park offshore and guests are ferried to the teakwood dock just below. Weinstein was known to frequent the hotel bar, and staff note they had to tread carefully around him.

When Weinstein wasn’t holding court at the du Cap, he could be found at the Majestic Hotel, in the center of Cannes. Giovanni Jacobo, a member of a local private security force, remembers Weinstein was a fixture at the hotel. “We liked Harvey,” Jacobo says. “He was like the Godfather coming here every year.” 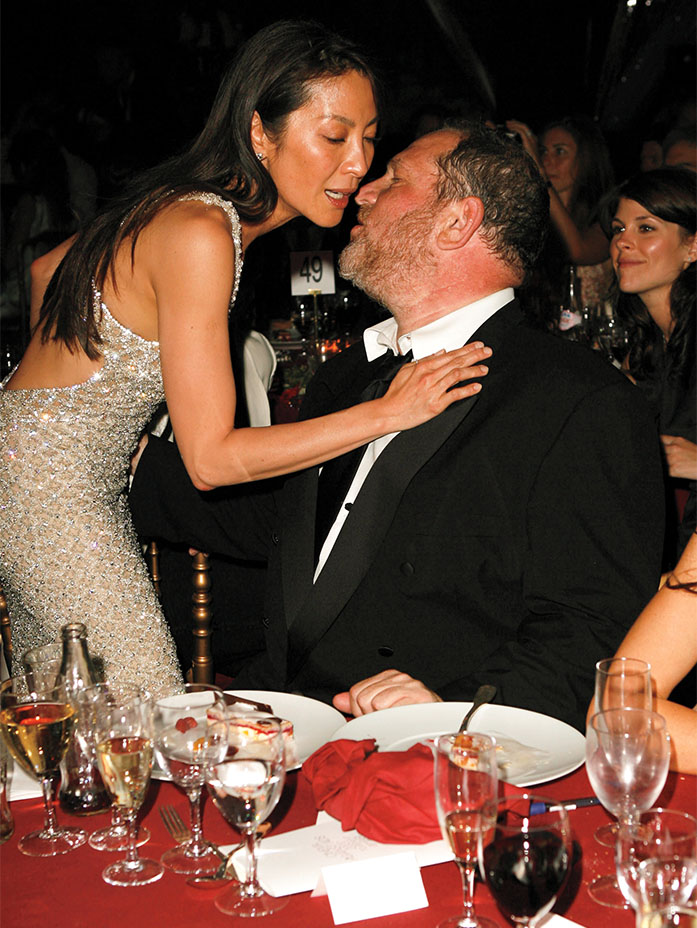 But a former member of the Majestic housekeeping staff who now works at a hotel two blocks away recalls a very different Harvey Weinstein. She didn’t know his famous name but reacted immediately when shown a picture. “Oh, he was the ugly one who thought he was God,” she says. “I didn’t even know who he was, but he was very bossy. Men like George Clooney or Brad Pitt, they were such lovely men and so handsome. But not him. He was a mean pig.” One industry professional, speaking anonymously to Le Parisien, echoed that characterization, saying, “He was known in Cannes simply as ‘The Pig.’ “

That’s not the image most in Cannes saw of Harvey. At his peak, Weinstein strode the Croisette like a prince, negotiating deals by day (and often late into the night and early morning) for the films that would become the next year’s Oscar favorites, sauntering up the festival’s legendary red carpet for his premieres before heading off to a billionaire’s yacht party or that night’s can’t-miss A-lister charity event.

An agent who worked with Weinstein in Europe and the U.S. for more than 20 years and spent considerable time with him in Cannes tells THR that Harvey’s reputation was well known among Cannes regulars. “Harvey was a Jekyll and Hyde character, and one of those sides is a true artist; the other side is pretty hard to swallow,” the agent says. “We warned all our clients that he was a groper and a pig.”

Local chauffeur Mickael Chemloul got to know the dual nature of Weinstein’s personality all too well. According to the Nice-Matin, a media outlet in neighboring Nice, Chemloul was attacked violently by Weinstein in 2013 and filed suit in 2014. The local prosecutor in Draguigan, France, inexplicably dismissed the case despite the fact that Chemloul had medical records to prove he had been injured, according to the newspaper.

Chemloul told the Nice-Matin that given his extensive experience, he often was asked to drive famous and/or temperamental clients. Weinstein fit the bill. Chemloul said his boss asked him to be Weinstein’s driver because “the regular drivers couldn’t handle someone so difficult.”

On July 14, 2013, Chemloul said, he drove Weinstein to Club 55, a swanky beach club near St. Tropez, to pick up two prostitutes who were supposed to be there. For some reason, Chemloul told the Nice-Matin, the two women never showed up and Weinstein became enraged, directing his anger at Chemloul: “He went crazy and hit me. At that moment, there was no question I’d never work for him again.” The injuries were severe enough that Chemloul couldn’t work for four days.

“There was never any altercation between the driver and Mr. Weinstein,” a spokesperson for Weinstein said. “The driver was terminated by the company because of his habit of speeding, many times as fast as 140 miles per hour. It is a fallacy that the driver procured any meetings of any kind with anyone for Mr. Weinstein or anyone else at the company. He was a dirver and that was his sole task.”

Chemloul is still a chauffeur, but he has taken up writing and his first novel concerns Weinstein, he said. The working title? The Last Monster of Hollywood.

Oct. 19, 1:45 am: Updated to include Weinstein spokesperson statment.

Rhonda Richford and Etan Vlessing contributed to this report.

HIS WORLD OF LUXURIOUS LAIRS 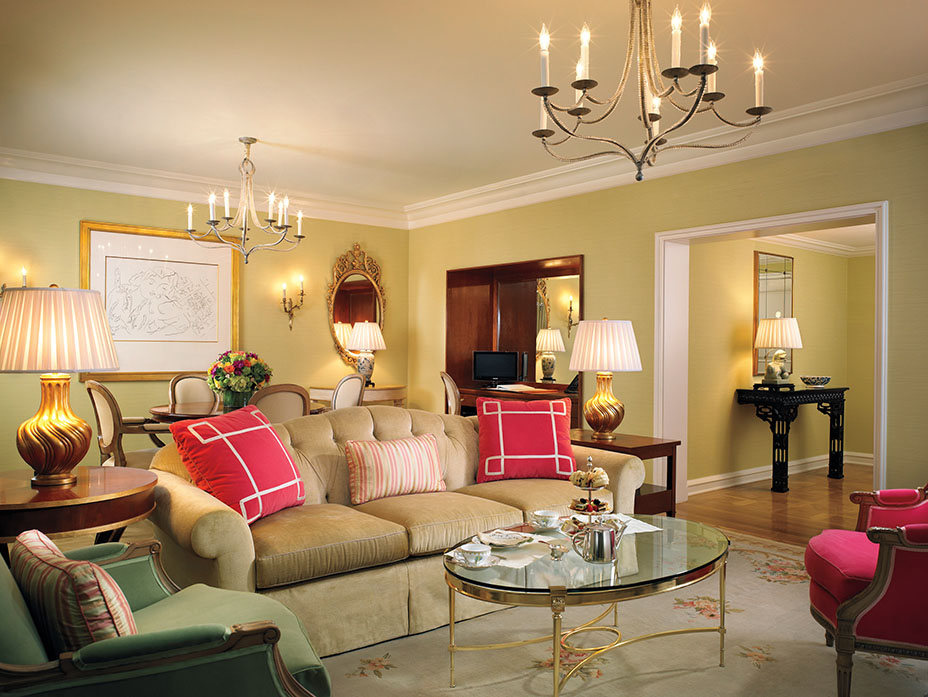 The Peninsula, Beverly Hills
Staffers say Weinstein was such “a fixture” in the California suites (from $2,350 per night) that he used the employee walkways and always favored the hotel’s rear entrance. Preferring room service, he rarely ate in the hotel’s restaurants.

The Excelsior, Venice
Back in his Miramax days, Weinstein could be found at the Grand Hotel des Bains’ Blue Bar with former Miramax Italy head Fabrizio Lombardo, who has been accused of procuring women. After that hotel closed in 2010, he switched over to The Excelsior, now the lone star-worthy hotel during the Venice Film Fest.

The Savoy, London
Staff reportedly dubbed Weinstein “the monster,” telling the U.K. press he reduced employees to tears with regular humiliating screaming fits. By the end of 2011, female butlers had refused to serve him, according to one report.

The Ritz, Paris
Weinstein was known to stay in one of the suites (starting at $7,000 a night) with living rooms overlooking the gardens — and separate steam showers, in addition to traditional French baths.

The Adlon, Berlin
The city’s top-end luxury lodging has been Hollywood’s go-to spot since it was erected in 1907. During the Berlin Film Fest, Weinstein could be spotted schmoozing — with starlets or foreign distributors — in the sumptuous lobby.