Like nearly every future director-producer who grew up in the ’70s, George Tillman Jr. was inspired by Taxi Driver and The Godfather. But the project that most influenced his career trajectory was none other than All My Children. With both parents working blue-collar jobs, Tillman spent his Milwaukee summers with his retired grandmother, who was obsessed with the ABC soap.

“I had to sit and watch it, and I started to see the storyline. There was a link between the characters. And then I said, ‘I would love to do something like that,'” he recalls. The young boy found an address for All My Children at the back of his grandmother’s TV Guide and wrote the producers, pitching ideas. “They were like ‘Thank you for writing us, but we have our characters and stories, but we can send you a script,'” he says. It was the first time he’d seen the screenplay format, and “that’s how I fell in love with film and TV.”

After graduating from the film program at Columbia College in Chicago, Tillman wrote the screenplay for 1997’s Soul Food, which marked his directorial debut. During the ensuing two decades, the married father of one (who lives in L.A. with his wife, actress Marcia Wright) has moved deftly across genres, producing the Barbershop movies and directing everything from a Nicholas Sparks romance (The Longest Ride) to a hip-hop biopic (Notorious) for his State Street Pictures, which he runs with college buddy Robert Teitel (they oversee a staff of five). Now 49, he’s garnering the best reviews of his career with his adaptation of Angie Thomas’ YA best-seller The Hate U Give — about a 16-year-old black girl who divides her time between an affluent, predominantly white high school and her more diverse, working-class neighborhood — that opens Oct. 5 via Fox 2000, which also made Soul Food.

THR caught up with Tillman at the Toronto Film Festival, where the Amandla Stenberg-led drama made its world premiere. He talked about racism in Hollywood and who made the call to fire the film’s Kian Lawley after a video emerged of the actor using racially offensive language.

What do you look for in deciding whether to direct or produce?

I look at what are the strengths of the material? What are the complexities? When Barbershop came around, I could have directed that. I just felt like at that time it may be better off in someone else’s hands because I wanted that to be a broad comedy. And I really work well in warmer storylines.

You were a producer on Mudbound. Why didn’t you direct it?

I was the director for their early drafts. As I was working the material, something in me was telling me it’s not for me as a director. So, I just kind of dropped back as a producer. It was tough getting a period movie made. Then Charles King got behind it. I loved [director Dee Rees], and she did an amazing job. I’m proud of it as executive producer because I saw it from the beginning. 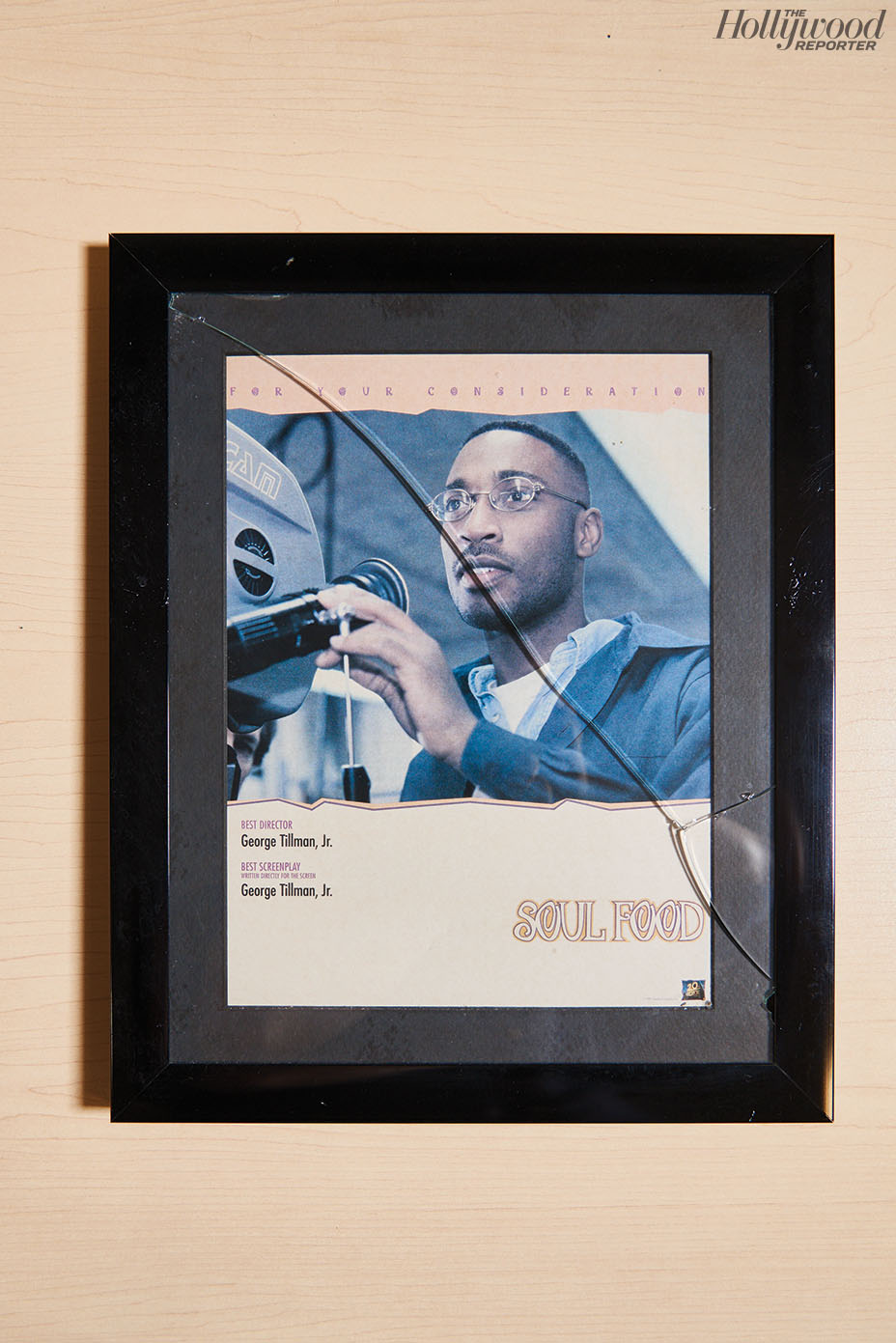 What attracted you to the Hate U Give script?

The first page, [the main character] Starr is at a party. I said, “This reminds me of a party I went to in the ’80s in high school.” It was a house party. Inner-city neighborhood in Milwaukee. It was dark, and everybody was having a good time. And then pow, pow! This shooting happened and everybody started running. As I kept reading it, it got into police brutality. It got into a cultural thing that was very specific. It identified who you are as a black individual living in two different worlds. I immediately had to talk to Angie Thomas before this book got published. I really pushed to be the director of this film.

Did you have any reservations about tackling YA?

With a vision, you can stay away from the cliches. Most of the films that kids are watching are about adults. So, the nuance and subtleties, they respect that. That’s why I took Starr’s two worlds and made them look completely different. And I don’t feel like I’ve got to bind it together to make it easy for the audience to be able to understand. I started thinking: The book was No. 1. And there’s hard?hitting issues in that book. So, why are the kids responding to that? I believe they want something smarter, and they want to be challenged as well. 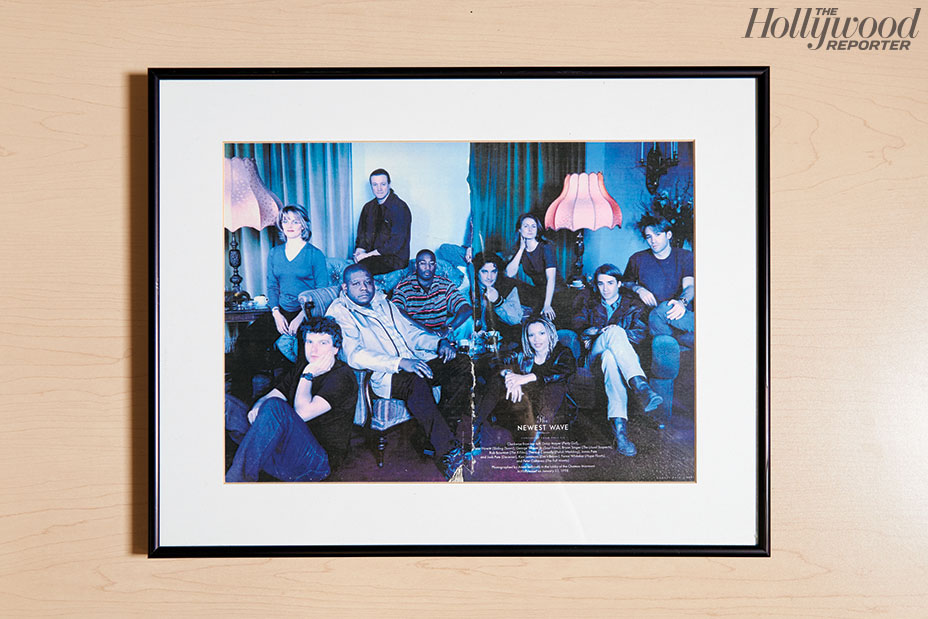 What went into the decision to fire Kian Lawley?

He did a great job, and I was really happy with the performance. Then, I heard there’s something with Kian on the internet that came up about six, seven years ago. I thought maybe Kian was doing some music. And then I hear it. I was just … I couldn’t believe this was the same guy. And the thing that really got me going was, he’s using “n—” and using “fried chicken.” And I was like, “Wow. ‘Fried chicken’ is a reference that’s sort of in the movie and in Angie Thomas’ book.”

Who made the call to remove him from the movie?

I went to the studio and talked to some of the executives. And immediately they were shocked. They didn’t know anything about it. Amandla was in Japan on a much-needed vacation. As soon as she got back, her people talked to her about it. I asked her, “How do you feel about this?” And she was very disappointed. I said, “I’m disappointed too.” This stuff is really serious and completely the opposite of what his character represented. And it just hurt as an African?American man spending five, six months with this guy. Like, who are you? When he called apologizing, saying he was young, I asked him, “Is this what you really feel about us as African?Americans?” He says, “No. I was very young. I apologize to you and Angie.” But I felt as a director and as a human being, I couldn’t stand for it. So, me and Amandla and the studio came together. [We] felt like it was the right thing. … It was the hardest thing I’ve ever done, especially because the movie [was] working.

Do you see parallels between this and the situation regarding James Gunn’s old tweets?

Has Hollywood been slow to tackle racism in storylines?

Yeah. Do the Right Thing — this pivotal film about race — was made in ’89. After that, you had Boyz N the Hood, which deals with issues in the neighborhood and gangs and really opens our eyes to that culture. But then it goes away — it’s a 20?year gap. Now it’s changing because there are more women and African?American men directing. These are individuals who have new ideas and new stories. And with all these different artists, you cannot contain them to tell the same generic stories. They have things to say. And hopefully by backing that up with success and economics, it’s opening the doors. 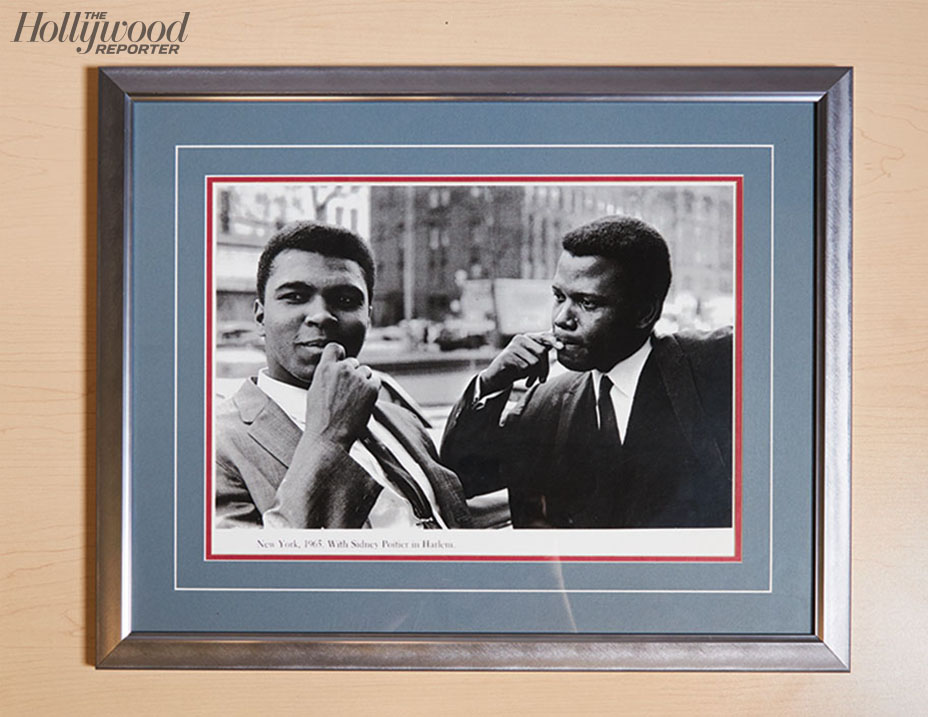 Have you experienced racism in Hollywood?

Yeah. When I first got to Hollywood in 1997, there were only a few African?American directors. We all knew one another. And now there’s many. But when I got here, there would be “black Hollywood” parties and events, and then there would be “Hollywood.” It was separate. You could really feel the difference.

You’ve been based at Fox 2000 since your first film. What’s the appeal?

There’s a trust factor and there’s Elizabeth Gabler. And you look at Unfaithful, Walk the Line, all the films she did. And all the books-to-films that she did. With [Hate U Give], the studio allowed me to be as authentic as possible.

And what happens after the Disney merger with Fox?

I have no idea. Please tell me. You got any information? (Laughs.)