It’s only a matter of time until Marvel’s merry mutants make their presence known in the Marvel Cinematic Universe. While we’ve still got June’s Dark Phoenix ahead of us to hopefully provide a fitting final chapter to the 19-year old X-Men franchise, the X-Men will eventually be recast and enter the MCU now that Disney has acquired 21st Century Fox. It’s the fresh blood that will be needed as Marvel prepares to say goodbye to some of its core heroes post-Avengers: Endgame.

While a number of fans are of the opinion that this entrance should happen later rather than sooner, with Marvel Studios slowly hinting at the existence of mutants and a few familiar names, it seems doubtful we’ll be waiting more than five years for the X-Men reboot.

With almost 20 years of X-Men films and spin-offs behind us, there’s no certainty that five years (or less) will be enough time for audiences to move past the characterizations we’ve previously seen and feel like the X-Men have something new to offer, even if Captain Marvel does show up in an extended cameo. Yes, the quick MCU reboot worked for Spider-Man, but he never had a franchise that’s gone on as long as the X-Men. Although Fox’s X-Men franchise has had its ups and downs, it’s still proven to be a beloved series that has loosely adapted some of the characters’ most popular stories. 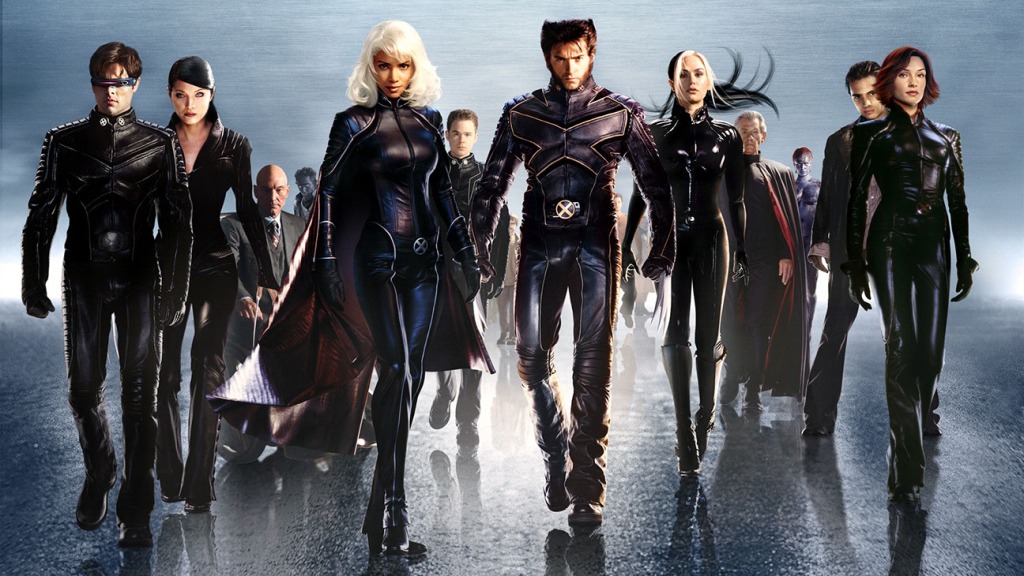 I wouldn’t be surprised if Marvel Studios doesn’t want to repeat 20 years of Xavier and Magneto fighting and making up, and Wolverine serving as the lead character. I’d expect plenty of previously untapped or underutilized X-Men characters to play a role in Marvel Studios’ reboot, but also recognizable characters given the greater prominence they were previously denied. Whether Marvel hits the ground running with their mutants now or later, there will need to be some discussions that take place about how to make this iteration of the X-Men different from what we’ve seen before. Here’s some idea for how Marvel Studios could introduce an all-new X-Men into the Marvel Cinematic Universe and make them different from what we’ve seen before:

It’s hard to imagine any cinematic iteration of the X-Men without Charles Xavier and Magneto, but Fox’s films have thoroughly utilized the characters and Patrick Stewart and James McAvoy, and Ian McKellen and Michael Fassbender, have each made grand impressions as the characters. I’d suggest the MCU X-Men take a page from the comics and take them off the table for a time. Trap Xavier in astral plane (maybe he’s released by Doctor Strange in the future) and strand Magneto in the Savage Land, and save them for future use.

Xavier has largely been an altruistic figure in the Fox series, but the character’s comic book history paints a more complex and manipulative picture of a man whose best attempts to create unity between humans and mutants are thwarted at every turn. It’d be interesting to see that manipulation factor amped up, and while we wouldn’t see much of him in the film, the effects of his mind meddling would be felt.

Imagine that the film opens in 1994, with a teenage Scott Summers bursting into Xavier’s classroom, throwing accusations that Xavier has been manipulating his students, subtly forcing them to come to his school so that they can be used as political chess pieces to prove that mutants can control their abilities and step out of the shadows. There are no X-Men yet, just a school of frightened students whose existence has been a government secret. Xavier’s School for Gifted Children is a SHIELD-sanctioned experiment to study the slowly developing mutant population, chart their powers, and see if they can protect a population that, with no other knowledge of superheroes besides war hero Steve Rogers, would hate and fear them. Xavier denies the accusations, but teenager Jean Grey comes in behind Scott and reaches into Xavier’s mind and sees the truth. Xavier has been influencing their minds. Jean uses her telepathy to show the whole school what he has done and we see brief glimpses of Xavier pushing students in certain directions, altering memories, and shaping their morals. Xavier tries to come up with an excuse, but Scott and Jean, followed by Bobby Drake, Warren Worthington, and Hank McCoy all leave the school. These are the original X-Men that never were. Cut to present day and Scott Summers, now in his early 40s and looking a little worse for wear, is standing outside of Xavier’s School, now derelict, run down, and empty. Hard cut to title: Uncanny X-Men. 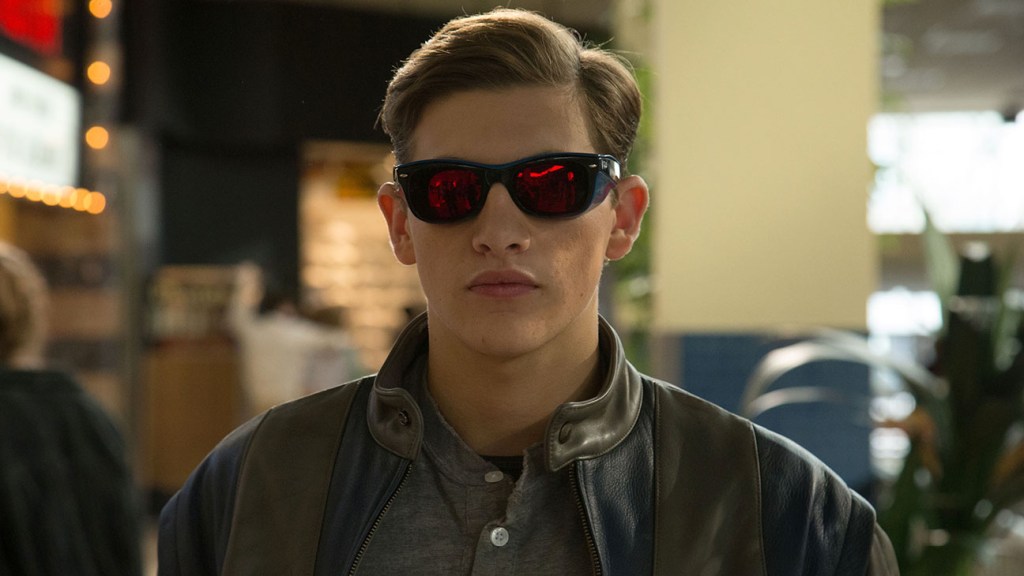 Cyclops has largely gotten the short-end of the stick when it comes to X-Men films, despite him being the team’s most frequent leader and one of the comics’ most important characters. The MCU film could be a means to finally do him justice and cut away from the straight-laced stiff that the earlier films employed. Let’s imagine that this new version of Cyclops has had a tough journey since leaving Xavier’s school. He and most of his fellow mutants who can’t pass for human or function in society have lived underground, in a network of tunnels overseen by the Morlocks. For years, Scott has thought about trying to make a life for himself above ground. He’s heard the stories of the Avengers, and wonders if becoming a superhero would be a way to gain acceptance. But no sooner had the Avengers appeared, they became marked by controversies: the destruction in New York, the disaster in Sokovia, and the Civil War that made half of them fugitives. If human superheroes couldn’t weather the storm of public perception, then there was no chance for mutants. Then Thanos struck and wiped out half of the population, including mutants. But when he was defeated and the dead returned, there was a sudden spike in mutations. With the Avengers gone, as far he knows, Scott Summers decides he can fill the void with a superhero team of his own as well as teach a new generation of mutants and avoid the failures of Xavier.

Cyclops, Jean, and Morlock leaders Storm and Forge could be our central adult characters in this film, each struggling with how to avoid the mistakes of past mutant leaders like Xavier and Magneto, as well as protect the mutants underground should their plans for acceptance go awry. The idea is to not let humans in on how many mutants there are. Although many people would love to have superpowers, the idea of having uncontrolled, often ugly, manifestations, is a scary factor that makes the public perception of mutation akin to contracting a deadly disease. If the film borrows from the idea behind Joss Whedon’s Astonishing X-Men (2004), the mission of the X-Men could be to become superheroes in order to win the hearts and minds of the public and then take their Civil Rights efforts from there.

The rebuilt school would be home to a new generation of mutant students who would, along with their teachers, become our new team of X-Men. We think Kitty Pryde, Sunfire, Multiple Man, and Marrow would be a good lineup. The idea behind this team is to not only have a diverse cast of leads, but to put the spotlight on characters with cool powers and personalities who audiences aren’t overly familiar with. The X-Men should have a new dynamic from what we’ve seen before, and even as sequels add more mutants, these films should remain team focused, rather than letting one character take center stage. As the team learns to work together and wins over the masses in their first public mission defeating the villain Avalanche, Cyclops struggles with the fact that humanity doesn’t know his team is mutants and wonders if he’s being just as manipulative as Xavier. He and Jean don’t exactly see eye to eye on his methods, while Storm and Forge see the lies as a necessary evil, in part because they never knew Xavier and weren’t affected by his manipulation.

As for the villain, well, Fox utilized most of the big names except for Mister Sinister. The MCU could develop Nathaniel Essex, a mutant born in the Victorian era who long believed he was one of only a handful of mutants. As a geneticist, Essex is fascinated with the sudden swell of mutations and the evolution of a new species. He believes that in order for the mutant population to fully evolve, they have to be exposed, emerge from their metaphorical chrysalis. When he can’t persuade the Morlocks to lead their underground population above ground, he employs a group of mutants called the Marauders, which counts Sabretooth among its members, to start massacring the Morlocks until they have no choice but to lead their people above ground. This story element would be inspired by the 1986 Mutant Massacre storyline.

So, because of Mister Sinister’s actions, the X-Men would find their newly found stardom and lose sway over humanity in jeopardy when thousands of mutants begin emerging from the sewers. The X-Men’s first major battle in the MCU would be against the Marauders, while a direct confrontation with Mister Sinister is saved for a sequel. With the “mutant problem” fully exposed, the X-Men have no choice but to reveal themselves as mutants by the film’s end in an “I am Iron Man” moment that shifts the course of the world and opens the Marvel Cinematic Universe up to a new dynamic.

Given the surplus of X-Men comic books that have existed over the decades, there are no shortage of directions Marvel Studios boss Kevin Feige could take the X-Men in the MCU. But given the complicated continuity and number of X-Men books that have been on the shelves, we’re more interested in films that tell new stories and work within this larger cinematic universe than we are with following strict comic book canon. But the hope is that the film manages to be true to these characters, while taking a few risks that allow these new X-Men to live up to their uncanny potential.