Next year, the 25th anniversary of Mike Mignola’s Hellboy will be upon us, and Mignola and publisher Dark Horse Comics have big plans to celebrate, including the announcement of March 23, 2019, as “Hellboy Day.”

To mark the occasion, Dark Horse will publish a 25th anniversary edition of the first Hellboy comic, Hellboy: Seed of Destruction No. 1 — with a new cover by Mignola and longtime collaborator, color artist Dave Stewart — to be given away at participating stores across the U.S. hosting Hellboy Day events.

Additionally, the publisher will release special Hellboy Day promotional material for retailers, including a tattoo sheet, a Right Hand of Doom bookmark, a window cling, an open/close store sign and a new version of the Mignolaverse timeline that originally debuted at New York Comic Con. Dark Horse will also offer promotional pricing on its Hellboy backlist, with stores taking advantage of the promotion being entered into a drawing for special prizing packages from the publisher.

TV Ratings: 'This Is Us' Finale Earns Season Highs

“When I created Hellboy way back when, I never imagined he would be around long enough to celebrate a 25th anniversary,” Mignola said in a statement. “I’m grateful to the writers, artists, colorists and letterers who have joined me in telling Hellboy stories for all these years. And, of course, so grateful to the fans. This thing could not exist without their support, and it’s a pleasure every time I get to go out to meet them.”

Mignola is scheduled to appear at a Hellboy Day signing at Earth 2 Comics in Sherman Oaks in Los Angeles on March 23.

The March 23 date means that the promotion will take place just weeks ahead of the release of Neil Marshall’s Hellboy movie, starring David Harbour, Ian McShane and Milla Jovovich, which hits theaters April 12.

More information about Hellboy Day and additional plans to mark the 25th anniversary of the character will be announced in the coming months. 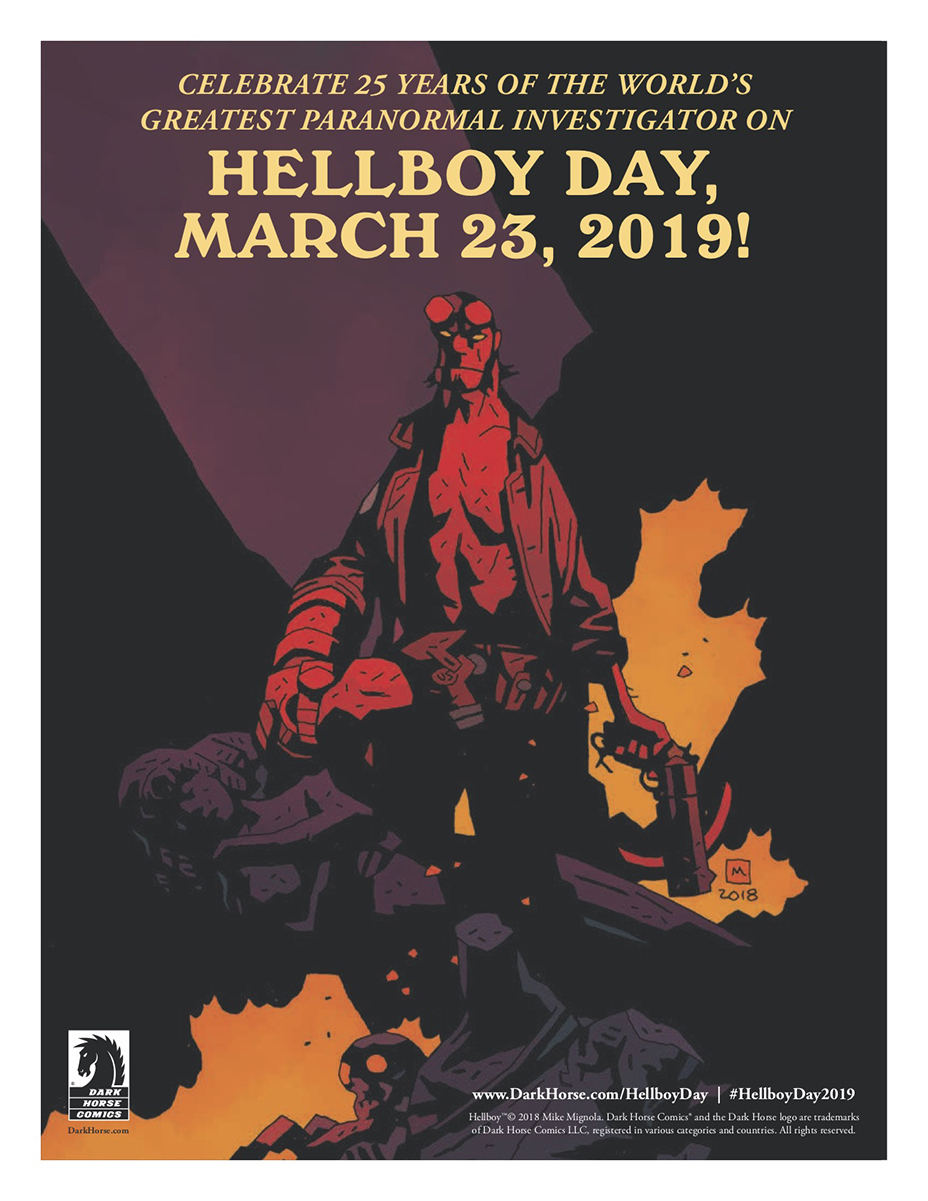