Fans of Mike Mignola’s Hellboy have the chance to interact with the character, and his fellow B.P.R.D. associates, as part of a new Kickstarter campaign created in partnership between Dark Horse Comics and Mantic Games.

Developed by Red Scar Publishing, Hellboy: The Roleplaying Game allows players the chance to become agents of B.P.R.D. for themselves and investigate some of the stranger things in the world of the Bureau of Paranormal Research and Defense — which, as fans of the long running franchise are aware, means some very strange things indeed.

“We can’t wait to bring Hellboy back to Kickstarter,” Ronnie Renton, CEO of Mantic Games, said in a statement about the upcoming project. “The roleplaying game is going to be a fantastic new way to experience Hellboy on the tabletop. The team at Red Scar has done an amazing job of capturing the feel of the Hellboy universe. Plus, your miniatures from Hellboy: The Board Game will be compatible with the RPG, which will bring a whole new lease of life to your awesome mini collection.”

Mantic had previously funded the original edition of Hellboy: The Board Game through Kickstarter, ahead of its April 2019 release. Since launch, the game has been through three printings, and has been translated into multiple languages.

Once the Hellboy: The Roleplaying Game Kickstarter launches, curious parties will be able to try it out via a “quickstart” game including six pre-generated characters, written by Red Scar. The project lead is Marc Langworthy, whose resume includes roleplaying games for both Conan the Barbarian and Judge Dredd. 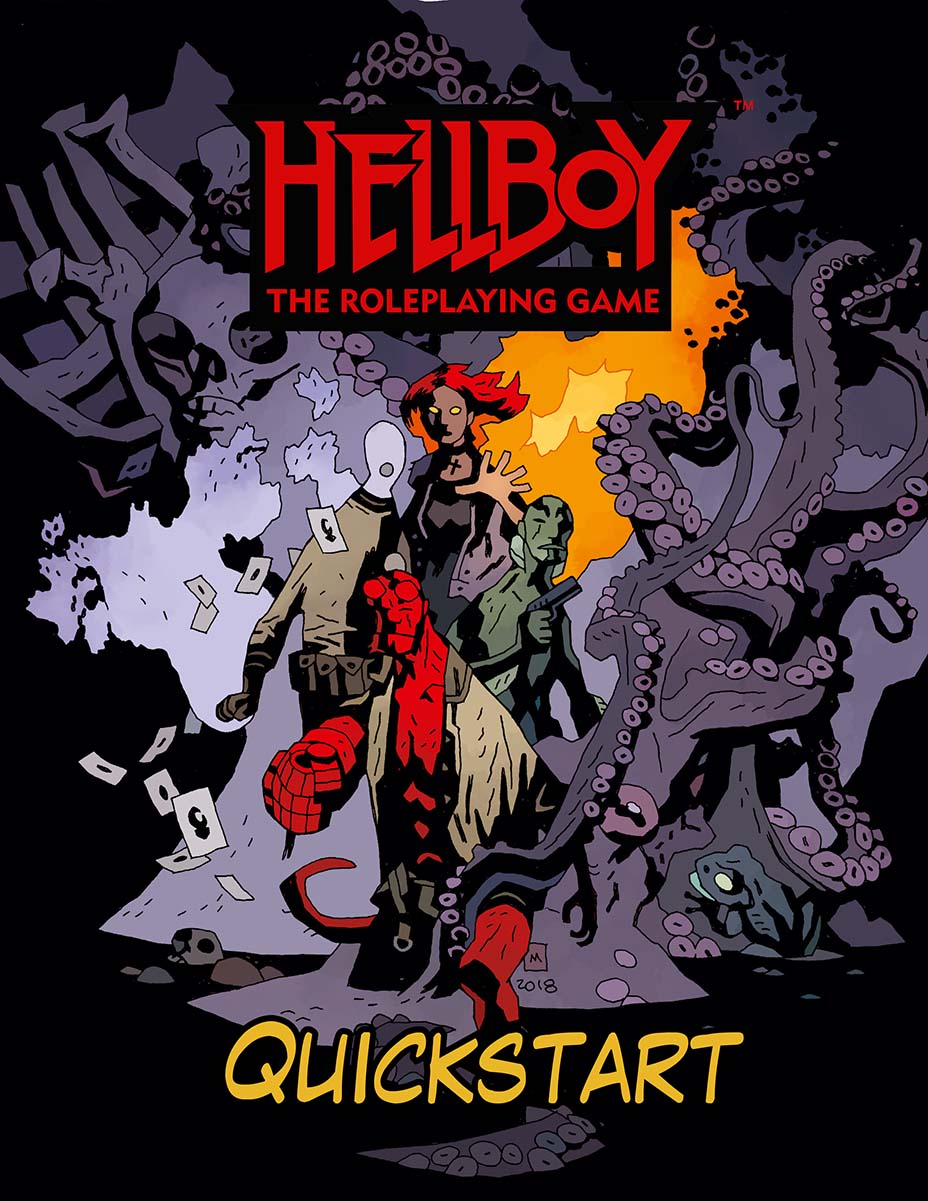 More news surrounding the upcoming Kickstarter, including its launch date, will be released soon, but those interested can for sign up online for more information in the meantime.