Superman himself has officially joined the Mission: Impossible crew.

Director Christopher McQuarrie announced the news that Henry Cavill has signed on to the upcoming sixth installment in the long-running action series in a unique way on Instagram Thursday evening.

“Say, @henrycavill. Had a thought. Curious if you’re interested in a role in the 6th installment of Mission: Impossible. No pressure.,” the director wrote to caption a photo of himself atop a rocky outcrop near a river. 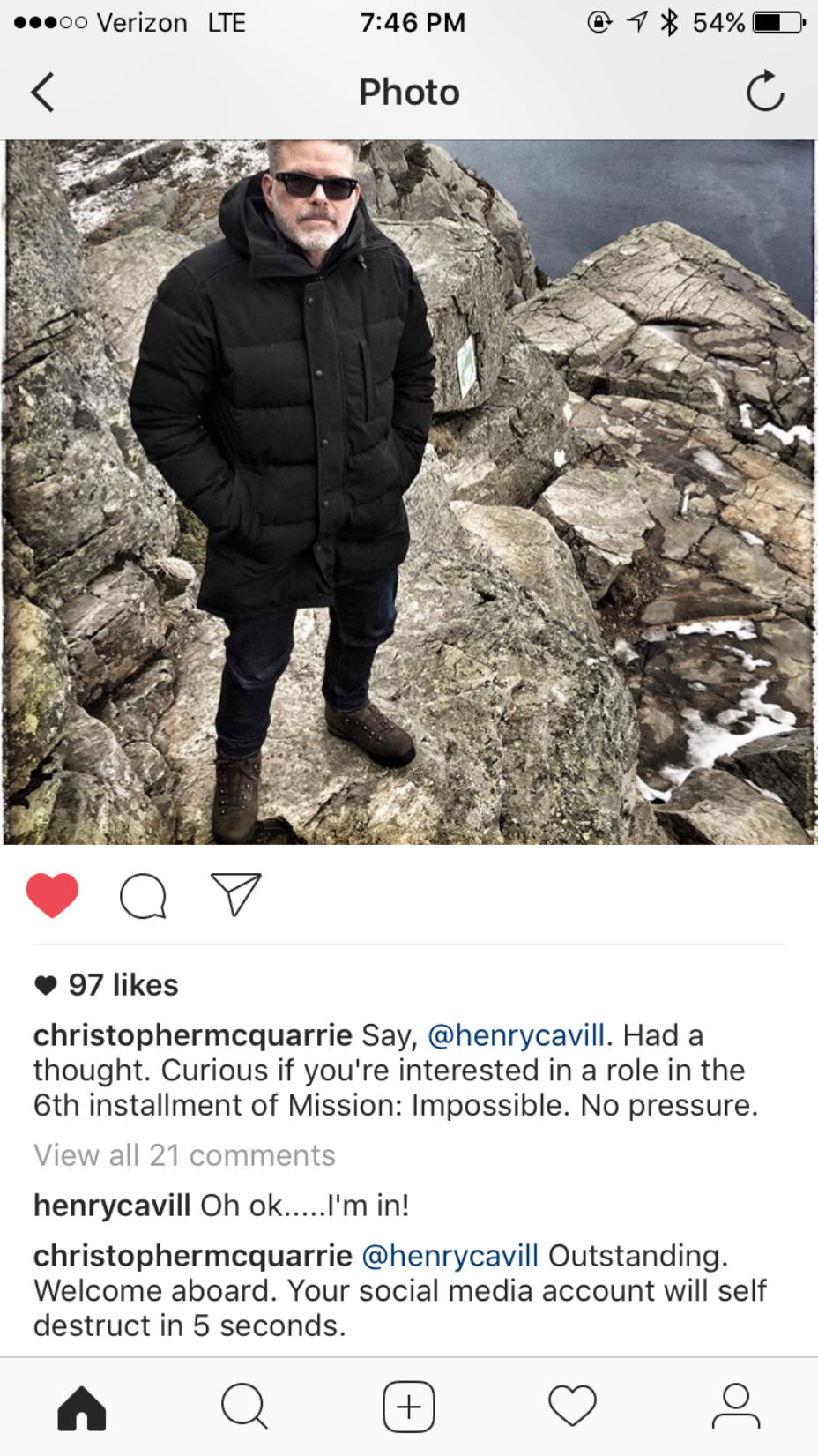 Cavill is repped by WME, The Garcia Companies and attorneys Gang, Tyre, Ramer and Brown, Inc.