You could say this moment was, in a way, hereditary for writer-director Ari Aster.

After years of working to get a feature off the ground, Aster is unveiling Hereditary this weekend. It’s a family drama wrapped inside a horror movie, and judging by its content, you might not expect that the writer-director actually comes from a supportive family himself. His parents were artists, and never questioned his decision to become a filmmaker, even during years he admits were challenging as he got close to having several projects get off the ground, only to see them falter.

Aster never set out to be a horror filmmaker, but it’s through the genre that he was able to find backing for his first film. He has another horror project set with Hereditary company A24 in pre-production.

“There were a lot of films that were on the track, and they couldn’t get the momentum that was needed,” says Aster, who completed a graduate degree from AFI in 2010. “That’s one reason I wrote a horror film, because the films I was trying to get made proved too difficult because they weren’t genre-driven in that way.”

But it’s been worth the wait. Hereditary has become one of the year’s buzziest genre movies and has already earned acclaim from critics, in large part to the film’s meticulously crafted tension and a transformative performance from Toni Collette, which sees her take on the role of a mother dealing with legacy and death following her own mother’s demise.

In a conversation with Heat Vision, he speaks about working with Collette to craft that performance, and penning her a letter when first sending her the script.

This used to be a three-hour movie, and you cut it down significantly. Why was that?

There is an hour missing. There are thirty scenes we cut out. … Nobody wants it to be a three-hour movie, especially the distributor. But it was also the most important thing was pacing and finding that rhythm. The movie tells you what it needs to be. This was the best version of the movie. But the part of you that mourns the missing scenes, tells you to announce that it was three-hours long. In the original cut, and in the script, the audience was forced to really stew … The breakdown of communication was chronicled in more pummeling detail.

What was the moment when Hereditary actually had a real shot at getting made?

It became real, and it was very clear that it became real, when Toni Collette came on board. She was one of the first people we submitted the script to and sent it to her with a letter and she responded to the script and we met for lunch and got along really well and very happily she attached herself. It was very clear that day that this means this can actually happen. Of course, that means you have to seize that moment and run, but that proved to be the catalyst for the movie actually moving forward.

When you have an actor of Toni Collette’s caliber, do you just stay out of the way?

It’s a platitude, but 90 percent of directing is casting. That’s a cliche, but it’s true. And it was all in the script. We talked in the beginning and I told her what I needed, but it’s very clear if you read the script what the movie is demanding of her as an actress. I can only applaud her for having the balls to take it on. It does require a certain lack of vanity to take it on. I knew that she was capable of it. She’s a great actress and I’ve been watching her for years, and I felt like I’d never seen her chew apart the scenery in the way this movie demands.

How do you work with your actors and crew on such a meticulous project like this?

I block everything out before the day. I compose a shot list well in advance of shooting, before I even talk to the cinematographer. Then I sit down with the cinematographer and the production designer and I take them through scene by scene, shot by shot the movie in my head. That takes a few weeks, five hours a day with a dry erase board, drawing out the space, drawing out the blocking. “Here’s where the camera is.” I sequence shots a lot as opposed to doing traditional coverage. That is ultimately what led to us knowing we had to build the house instead of finding it. So we built everything from scratch. In that way, that’s what I’m imposing on the actors. Which can be a hard way to work for some actors. It can be very constraining, and I try to block it out that gives them freedom within the blocking. But beyond that, I’ve cast them because I trust them to understand the material, to know what’s necessary and if they need help I’ll step in. But in this case, I had such brilliant actors that I could pretty much leave them alone. 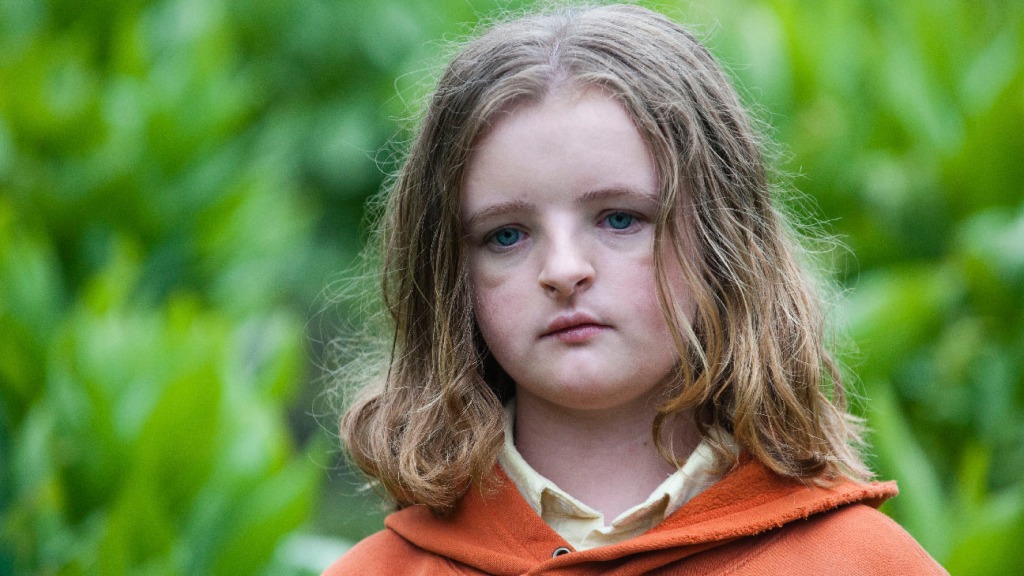 How did you cast your kids, Alex Wolff and Milly Shapiro?

I was very nervous about the kids and if we were going to be able to find what we needed. With Peter (Wolff) you have a kid who is suffering from PTSD. There is nothing worse than a kid playing PTSD. It can so easily be wrong. With Alex, he’s pretty method. He’s somebody who really throws himself headlong into the part and completely disappeared into it. He was essentially Peter for two months. With Milly (Charlie), when she came in and auditioned it was very clear that we had found Charlie. It was the greatest weight lifted off my shoulders. That’s a part, you can have it in your head, but that’s not wise because you need to be open who might be Charlie.

You’ve written a lot of scripts. Do you have ambitions to dust off the other stuff that now that you’ll have more of a name and possibly clout to get them made?

I’m in pre-production for my next film which will be shooting in Hungary. A24 is doing that as well, and that is technically a horror film. It’s Scandinavian folk horror. That is the only other horror movie I have. And I’m pretty sure that’s going to be it for a long time. I love the genre, I consider myself a genre filmmaker in that I want to play in every genre. I would love to make a musical. I have ten other scripts that I’ve written that I want to make and there are other things I have. I’m writing a sci-fi film and there are at least four or five movies that I have ready to go that I am excited about making that I’d like to do in succession.

What is the writing process? Do you tinker on them for years? Or is it one, and it’s done?

It’s one by one. There was a period where I was doing about two a year, and I’m sure when I go back to any of them, there will be a lot of rewriting, because you keep changing and you learn so much with each film. I would like to return to those and get those going. I had time. I got my MFA from AFI as a director in 2010. I’ve had time to make the shorts that I made previous to Hereditary and to kind of build these movies in my head. I was upset about it at the time. I was actually probably getting pretty bitter. “I have all these movies, I’m ready to go.” Now it’s a nice thing. It takes some of the pressure off to just know that I have these movies that are ready to go.

Would you ever direct a movie from someone else’s script?

How were you supporting yourself during the period before you got to make your first feature? Did you have a day job?

I was sort of burning through savings and getting help from family, and I was paid to write a script and I did some script reading at Universal for a bit.

So the normal stuff. Pursuing the dream, but trying not to become bitter, as you said.

Trying to vindicate the people who were giving me support. I’m very fortunate in that my parents are artists. My mom is a brilliant poet. … She still is a great visual artist. My dad is a jazz drummer … I’ve been very fortunate in that I’ve had parents who supported and encouraged me and haven’t really questioned what I’m doing or asked me to question it. If anything, that’s why I make such dark stuff. I’ve never been made to feel that would disappointed anybody. 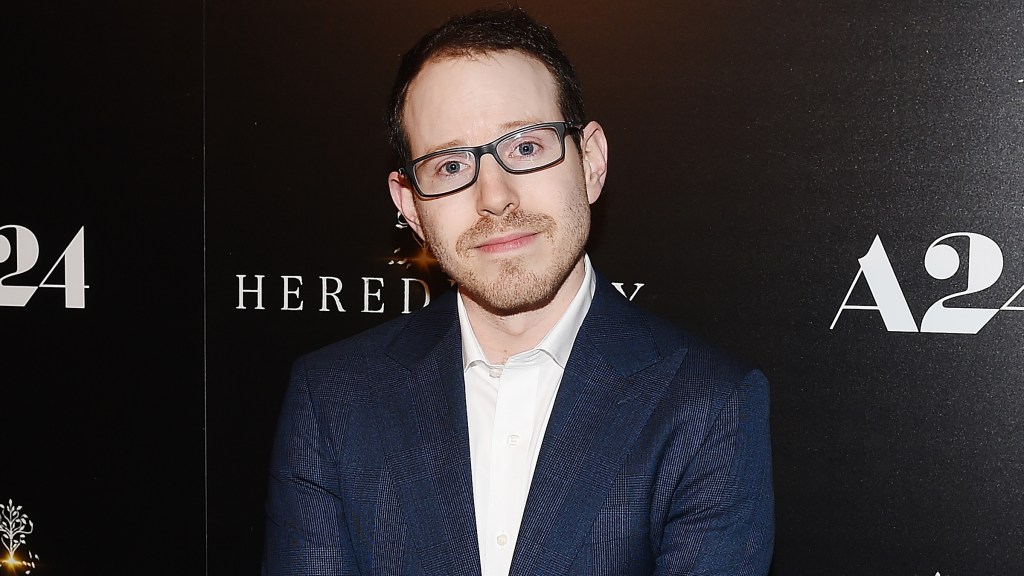 Hereditary is in theaters now.