[This story contains spoilers for Hereditary.]

You can follow the story of Ari Aster’s Hereditary down many different paths, but they all lead to one meticulously crafted destination.

You can read Hereditary as a painful drama about a family that is completely torn apart after its teenage son Peter (Alex Wolff) accidentally kills his sister, Charlie (Milly Shapiro), traumatizing his mother, Annie (Toni Collette). Or, you can view Hereditary as a straight-up horror film about a family that had been doomed by their occultist grandma years before the movie’s events. Either way, the shocking finale is inevitable, if hard to explain. The rebirth of the king of hell might feel like it comes out of left field for some audience members, but it’s the only ending that makes sense.

The best way to understand the film’s last few minutes and its shift from family tragedy to supernatural horror is to look at Hereditary as Peter’s story. The film is bookended with images of the boy in miniature (mother Annie is an artist who creates miniature model tableaux); in the first shot, the camera slowly moves into a miniature that then becomes his bedroom. That image is then echoed in the very last shot, with the image of a miniature of the treehouse, now holding the spirit of the demon Paimon.

The movie begins by framing Peter as someone who is going to be manipulated, just like his mother’s miniatures, and Aster teases the Graham family’s demise early on. As Peter goofs off in English class, the discussion turns to characters in a Sophocles tragedy that ignore signs about their lack of free will. A student then lays bare the game that will also take place in Hereditary: The Grahams are “pawns in this horrible, helpless machine.” This ominous foreshadowing goes along with foreboding details such as the man who grins at Charlie during her grandmother’s funeral; Annie’s eulogy that includes acknowledgement of her mother’s “private rituals”; and Annie’s later reveal at a group therapy session that her brother killed himself, claiming his mother was trying to put people inside him.

As the film and the family move on, Annie orders Peter to take Charlie to a party, where her severe peanut allergy acts up, forcing her brother to race her to the hospital. She’s killed en route when she sticks her head out of the car window in a desperate attempt to breathe shortly before Peter swerves to avoid a dead animal in the road. He veers so close to a pole that it collides with Charlie’s head, decapitating her. 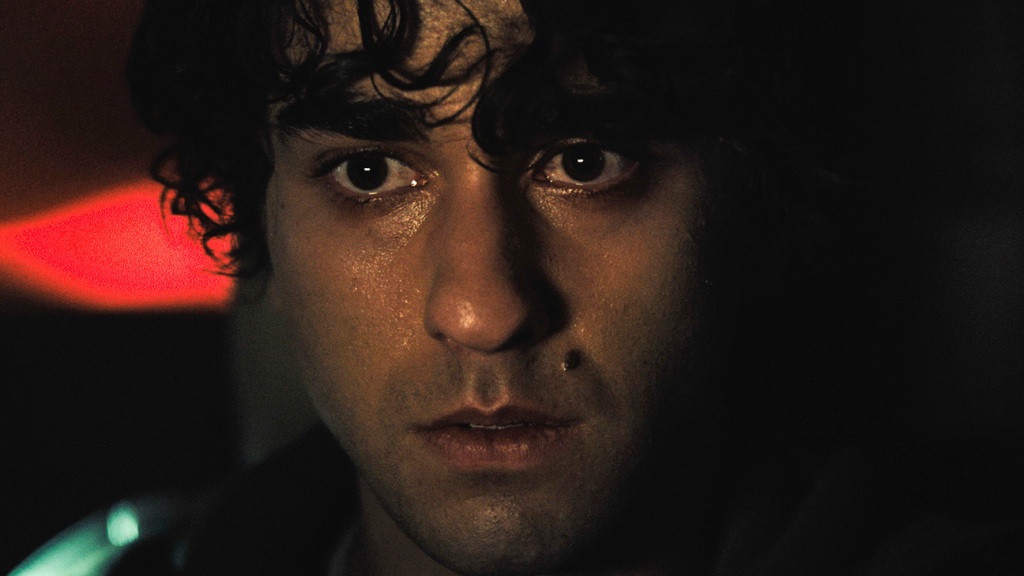 On the emotional surface, Peter’s accidental killing of Charlie has him dealing with a trauma that he cannot comprehend, expressed painfully when he returns home and goes to bed, leaving his sister’s headless corpse to be found by Annie the next morning. Peter is not shown talking about this with friends or any professionals, leading the audience to suspect that his pain is worsening without a lack of proper release. Later on, when the boy’s body starts to contort inside his classroom, it’s an act of self-destruction just as much as it is possession. He’s been worn down by the ghostly tongue clucks of his sister, the fear of his mother trying to kill him, and the frightful seance Annie conducts with her son and husband in the middle of the night. Wolff’s performance vividly conveys the teenager’s fear and helplessness before these incomprehensible events.

Hereditary is in large part the tale of a young man’s spirit becoming so vulnerable that a king of hell is able to take over his body. Aster has described the film as showing a ritual from the perspective of the sacrificial lamb. Annie’s brief scouring through her mother’s book of rituals in the third act highlights the fact that Paimon requires not only a male body but one with the most vulnerable spirit. Paimon needs Peter to become his host as Charlie had been carrying around the spirit for too long, likely since she was a baby, when her grandmother helped with the possession. As Charlie notes, her grandmother had hoped she would be born a boy.

Aster is a director who is focused on detail and narrative purpose, and his usage of the occult is no different. The demon Paimon is not an original creation, and some members of the audience might even notice that Annie is wearing a necklace with Paimon’s symbol on it. In real-world texts, Paimon is believed to be a king of hell who governs 200 legions of spirits, according to The Lesser Key of Solomon, a collection of spells from the 1700s that S.L. MacGregor Mathers and Aleister Crowley translated and published in 1904. Paimon, said to be obedient to Lucifer, manifests with a crown on his head, heralded by trumpets (a detail honored by Colin Stetson’s score in the last scene).

The finale of Hereditary has proved polarizing: The film has a D+ CinemaScore. Perhaps because some audience members feel it doesn’t deliver enough horror until the end, or perhaps they feel its ending is nonsensical. But the movie‘s big conclusion, as it escalates the terror with the inclusion of a few genre elements, does not feel out of character for a movie that explores many different ideas of evil all at once. In contrast to other contemporary films that use occult scenes as a type of nervous climax, Aster treats Peter’s acceptance of Paimon as a rare moment of comfort. The boy no longer fears his mother, he has stopped crying, and he has a new family and home. In the upside-down world of Hereditary, it’s almost a happy ending.

Why 'Hereditary' Is Dividing Audiences