Ahead of the film’s Christmas Day release, Kalfus chats with The Hollywood Reporter about working on the period piece with a contemporary eye and making Henson’s character the “jewel” in a room filled with men dressed in plain white collared shirts and black ties.

We had, collectively, a lot of research. I would say that everyone was researching, from the studio head to the production designer, we were all bringing a lot of information. The era was documented, which is why I think it’s so unbelievable that this story was never told. It’s sort of chilling that it was untold. Research was extensive. We were able to see everything that NASA [did]. We were able to look at albums from Katherine [Johnson].

One of the significant things about the period was — you need for the costumes to help your actors contextualize the era they were in. It was a tumultuous time — it was a race to space; there was a Cold War; there were marches and protests.

What was your goal with their overall looks in the film?

We came up with almost two looks. First of all, there was a liberty to take with Katherine, who was somebody that was not only a genius, but she sewed her own clothes. There was a liberty to do the period but take it with a contemporary eye. We didn’t want to make it look stuck in time. We really thought the story was more important. 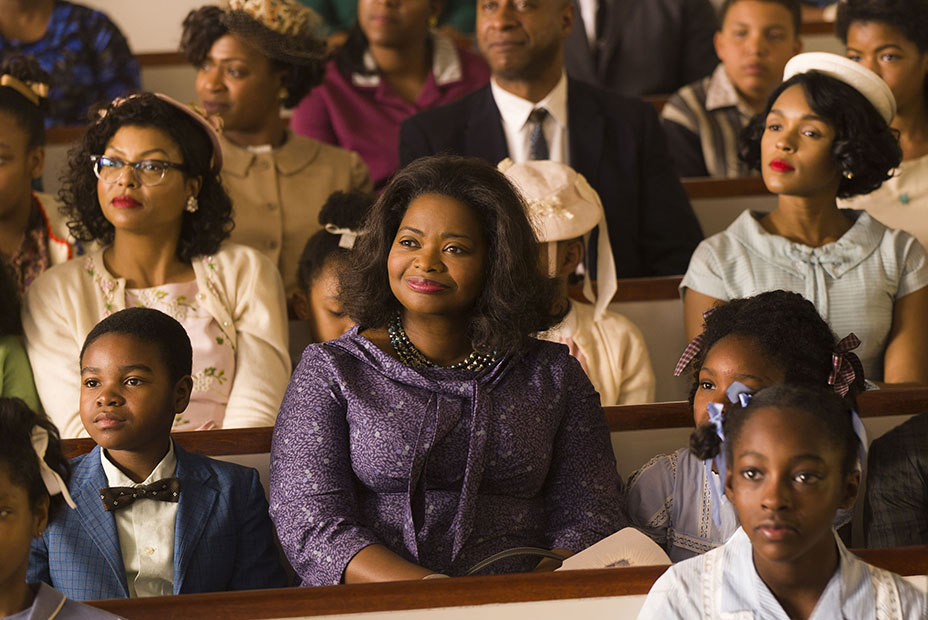 You could see a distinction between each person’s wardrobe.

Katherine was somebody that had a bit of an arc. She started out a little tentative in her job, even though she was sheer genius. She was a little more tentative and there was a bit of an arc as she was given more responsibilities because she was the only one that knew the numbers. Her costumes grew to be more powerful in that sense. Because we were able to look at patterns of the day, she could have made any one of those.

Dorothy was a supervisor. She was the political force, she was very powerful and well-dressed. She’s just a superior.

Mary was the youngest. What I wanted to show was that she was like the future, she had a slight bohemian vibe. It was more rebellious in her dress.

And you chose such a vibrant color palette.

I feel like those colors existed in the period and in the fabric. It was looking at it with a contemporary eye.

What fabrics did you use?

That was really hard. We researched fabric of the time and it was hard trying to find new fabric that looked old. It was a variety of fabric that we got from everywhere.

One of the accessories that stood out was Katherine’s glasses — where are those from?

That time was so classic that the suits and dresses and glasses are being re-created now. The glasses are actually a re-do of an old pair. I can’t remember exactly where they came from, but that was one of the things that was instrumental to keep it a classic story that won’t get dated. The clothes for that matter, too. 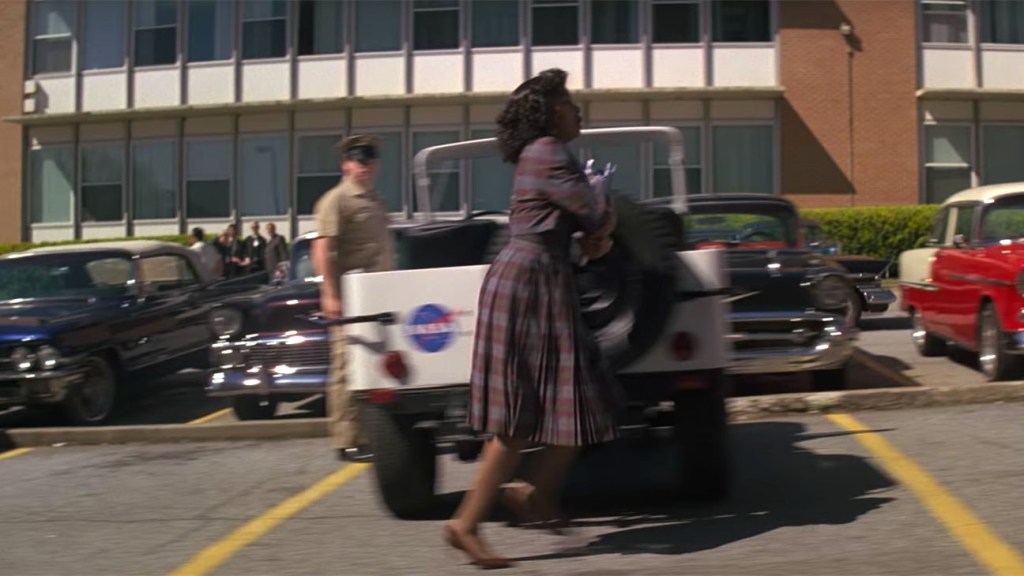 There are also the kitten heels that we see Katherine wear whenever she’s running to the segregated restroom. How did you find shoes that were comfortable enough for her to be constantly running in?

I have to honestly say she’s a trooper. She put on those heels and that girdle, and she was just doing it. We tried to make those as comfortable as possible, but I have to give Taraji a lot of credit for that one.

Katherine always stands out in that room full of men in their white shirts and black ties — was that based on any photos?

No, that was one of the decisions the group had made. We saw a lot of images of this space test group room and they’re all in this one shirt and I said, “Let’s put them all in gray jackets and make it really monochromatic.” Because the women were in a whole other area of NASA, they were not near anybody, and they were segregated from one another. So when she does come in, she’s just this pop of color. It was the way we wanted to tell the story. We had discussions about that NASA room being monochromatic, and that outside of it, it would be warmer and more textural. I remember someone saying “Oh my gosh, she’s like my jewel in this room” because the men were practically in uniform. They were all the same. That was a filmmaker choice.