“I hope this film shows kids of all races and sexes that there’s more opportunity and success to be had than in a Kardashian kind of world,” Melfi told The Hollywood Reporter before the screening Saturday night. “To see a different dream about their mind is so desperately needed.”

The Fox film zooms in on Katherine Goble, Dorothy Vaughan and Mary Jackson, whose families attended the New York City screening and after-party at the Altman building. “It didn’t feel like work — it was a moment to go to work and bond with two sisters that I always admired from afar,” Taraji P. Henson told reporters of working with Janelle Monae and Octavia Spencer. Monae added that she was honored to be part of the cast, and Spencer stated, “I love these women — sisterhood is the only way to go.”

Jim Parsons further added that the ensemble film “is truly one of the most rewarding things I’ve ever gotten to be a part of. In a bigger way, this is a story about very human hurdles about our interactions with one another — lessons that, for whatever reason, we need to learn again and again and again. Some of the specifics and the people ostracized change, but the energy, you can smell it in the air now,” he explained. “Let’s treat each other better and realize we can do some amazing, amazing stuff if we work together.”

Melfi ultimately agreed — after giving a brief tribute to the late astronaut Glenn, and shoutouts those who worked on the film, the director shared “the real meaning of the film, [which] came out to me just recently.” Melfi then recalled an observation from traveling for a recent screening — inside the airport’s first-class lounge, Spencer was not helped by any wait staff over a 10-minute period, but when Melfi entered, he was offered coffee immediately.

“I could’ve cried at that moment,” he said. “I want to dedicate this film to everyone in the world who has ever experienced that, who has sat through unconscious bias their whole lives, who has not gotten a cup of coffee or a promotion or been paid properly because of the color of their skin or their gender. I hope to god this movie is just one small chink in that bad armor.” 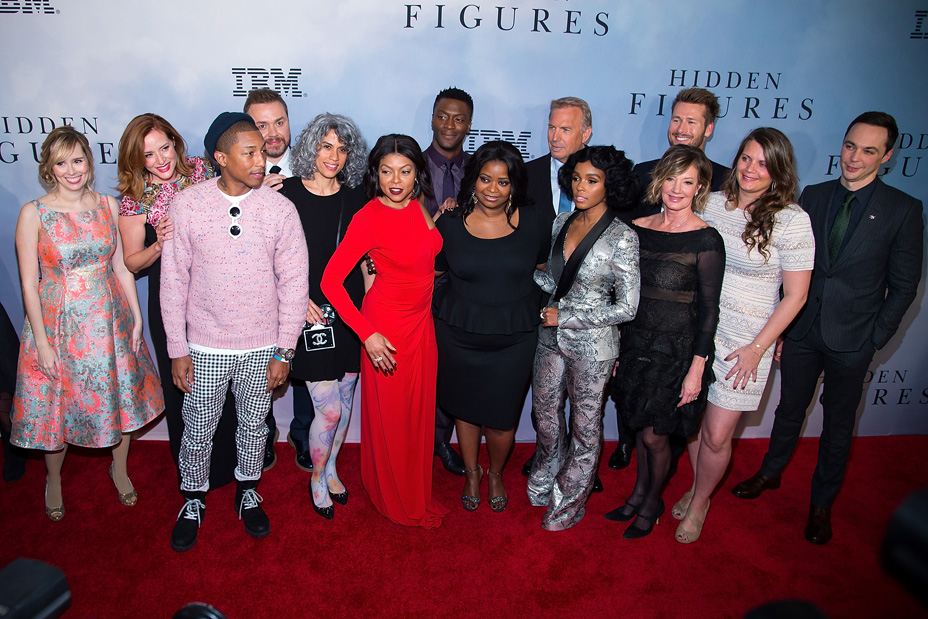