Since mid-March, many CEOs across the entertainment and media landscape have made headlines by pledging to forgo their salaries amid fallout from the novel coronavirus pandemic. Eventually, however, attention will be diverted elsewhere, at which time experts say some of them will be repaid, making their current cuts merely a loan to the company disguised as a financial sacrifice.

Take Disney, which has furloughed more than 100,000 employees. On March 30, the company disclosed that executive chairman Bob Iger would forgo his $3 million salary and other top executives like CEO Bob Chapek — who makes $2.5 million in base salary — would have their pay cut in half. While relinquishing base salary may have been a move toward forging solidarity with employees, Iger makes much more annually in additional compensation ($44.5 million in the past fiscal year), which likely remains unaffected.

“Bob Iger’s leadership has been impeccable, as demonstrated by his willingness to make a personal show of solidarity with cast members by [forgoing his salary],” says one furloughed staffer. “[His] compensation package is partially a non-liquid earning dependent upon the quarterly performance of the business as a whole, and 2020 is looking like a very unproductive year for Disney.”

But another furloughed employee slammed Iger’s no-salary move as meaningless. “I feel like it’s just that — a gesture. Same with Chapek’s salary reduction,” says the Disney employee who was informed of his status on April 7. “When the massive executive bonuses and stockholder dividends are still in place while there’s 100,000 of us on furlough, it’s pretty hard to trust the ‘we’re all in this together’ and ‘our cast are our greatest asset’ messages.”

Lachlan Murdoch disclosed April 22 that he will give up his $3 million base salary, but his non-salary compensation in fiscal 2019 was $39.1 million. And CAA partners Richard Lovett, Bryan Lourd and Kevin Huvane, Endeavor heads Ari Emanuel and Patrick Whitesell, Cinemark’s Mark Zoradi and Live Nation’s Michael Rapino all announced they’d take no salary amid the pandemic. Meanwhile, Comcast chief Brian Roberts and NBCUniversal CEO Jeff Shell are donating their pay to coronavirus-related relief efforts. A former executive at both Fox and Disney calls Iger’s and Murdoch’s no-salary move “ridiculous.” This source adds, “Everyone can see how little that is versus what they pull down overall.”

While it’s impossible to ignore the vast disparity between what top execs are paid compared with the average employee — as much as 278 times more, according to a 2019 Economic Policy Institute report — Hollywood business manager Evan Bell cautions against assuming that the huge gulf means top execs won’t be hurt financially by forgoing salaries. “Some CEOs have lifestyles where they might have a lot of assets, but they need their cash flow,” he says. “It’s not only optics to everyone, but to some people it is.”

Plus, Bell notes, there’s no telling what the entertainment business will look like when it gets back to work — or when that will happen — so, bonuses and stock options aren’t what they used to be. “It sounds great, but if they’re worthless, they’re worthless,” he says. “Bonuses are based on results, either individual or corporate. I don’t see any bonuses happening, and some of these stocks are being decimated.”

Experts agree that avoiding negative press is likely one of the reasons CEOs are taking these cuts. “It’s not a good look to complain about running out of caviar on your yacht right after you let 10,000 people go,” says Greg Zbylut of business management firm Singer Burke. “By making a sacrifice themselves, they show that they are practicing what they preach and get buy-in from management and staff for belt-tightening policies.”

UCLA assistant business strategy professor Ian Larkin, who specializes in compensation and employee motivation, says optics and peer pressure are the primary reason execs skipping pay has become the PR move du jour. “I expect more and more companies to announce their CEOs are taking pay cuts,” he says. “The default is going to be to take no pay until we come out of the crisis because everyone is doing it.”

Even more important, Larkin says, is what everyone will do next but no one will announce. “Once nobody is paying attention, they’ll get that money back,” he says. “It’s really gross. If you’re really doing it for the good of the company, you shouldn’t claw it back in the form of stock options or a greater bonus. I guarantee when we come out of this crisis, you’re going to see that.” 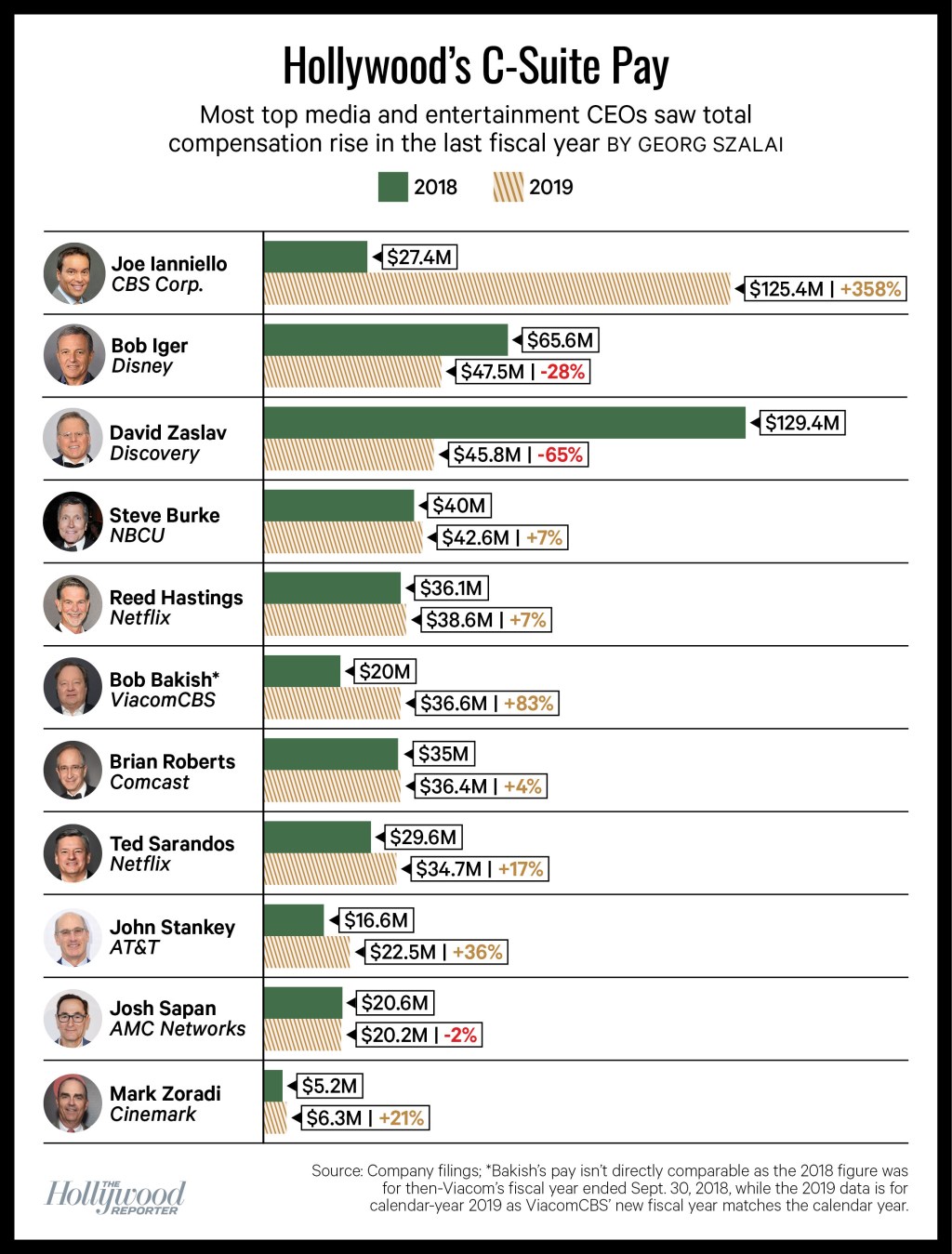