History was made Aug. 11 when Joe Biden announced California Sen. Kamala Harris as his 2020 running mate, making her both the first Black woman and the first Asian American woman selected as vice president on a major party ticket, as well as the first Californian on a Democratic ticket.

Hollywood was quickly on board, with her many A-list supporters — including Spike Lee, Viola Davis, John Legend, Elizabeth Banks and Jennifer Garner — celebrating the choice on social media. Ava DuVernay Instagrammed: “there is no debate anymore … we either make this happen or literally, more of us perish.”

Pose star Angelica Ross posted that Harris is “the right choice for this moment” and recounted personal conversations she’d had with the politician over her record with trans people and nonviolent offenders during her tenure as California attorney general. “She recognized where she could do better, and I feel like anytime we have politicians who are able to listen, receive critiques and vow to do better, those are people that we should be working with,” Ross tells THR. She hopes Hollywood shows Harris the same support: “I believe that we are entering into a time that is going to use every tool possible to try to tear this Black woman down.”

The Gotham Group CEO Ellen Goldsmith-Vein, a longtime supporter with husband Jon Vein, tells THR, “There should be no doubt that women of color, Black women in particular, are the foundation of the Democratic Party and the future of leadership.” Matt Johnson, a talent lawyer at Ziffren Brittenham, has been Team Harris since 2010, when he and his wife, Yasmine, hosted the first L.A. fundraiser for her attorney general run. A decade later, they plan to be just as active.

“We will host fundraisers, recruit surrogates, make calls and get out the vote,” Johnson says. “Over the years we’ve had many private conversations and thoughtful debates with Kamala. We have witnessed just how spot-on her instincts are for where our country is headed and what needs to happen.”

The Contender director Rod Lurie, whose 2000 film featured a fictional first female veep, feels there are parallels to the role Joan Allen played in the movie. “It is essential,” he explains, “for there to be no chinks in the armor, because otherwise people just fall all over the female politicians in a way that’s kind of grotesque.” He also looks forward to her facing off with current Vice President Mike Pence, like “Sigourney Weaver or a tough Halle Berry from John Wick, going up against the bad guy from Raiders of the Lost Ark.”

As the Biden-Harris campaign picks up steam in the coming weeks — it raised $48 million in the 48 hours after the vp announcement alone — Hollywood will be a likely point of focus. During her presidential run, Harris, who owns a home in Brentwood, was the candidate most favored by top entertainment power players, accounting for 48 percent of donations made by members of THR’s Top 100 list as of July 2019. Harris’ husband, Doug Emhoff, is an entertainment lawyer with DLA Piper. And in L.A., her inner circle of confidants includes a who’s who of powerful women. 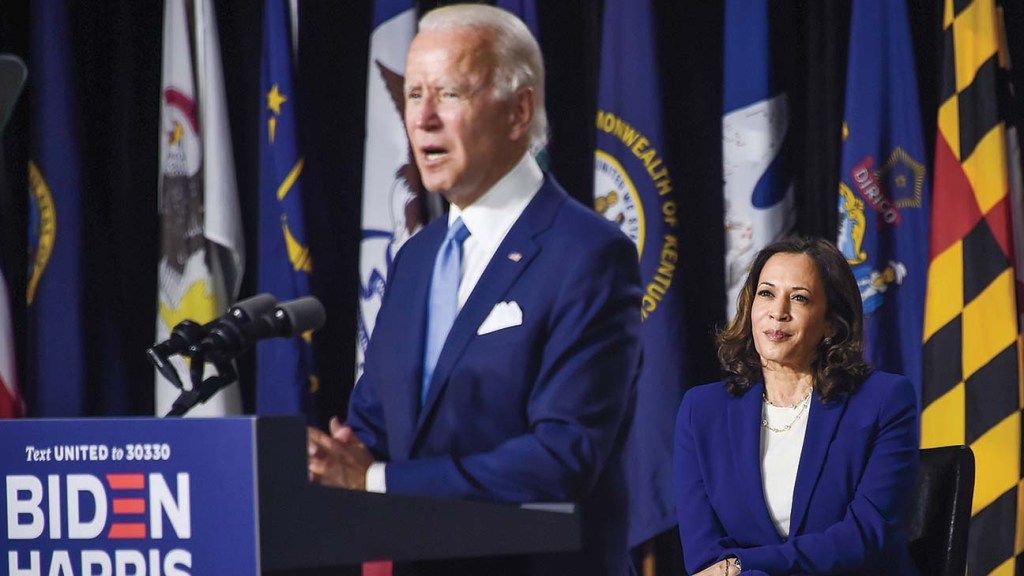 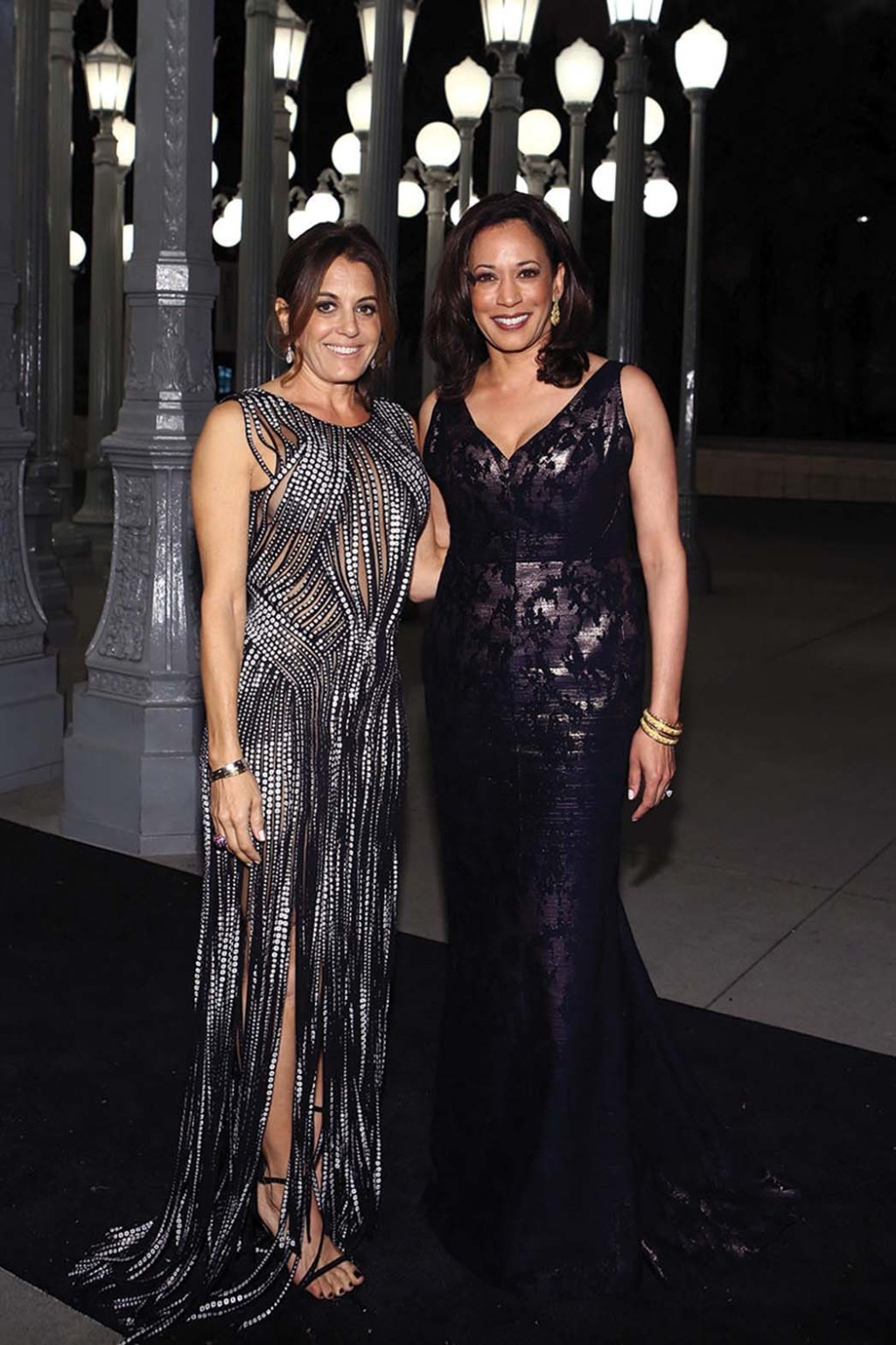 For Hollywood supporters, two of the top points of contact inside the Biden campaign are political consultant Ryan Baukol, the Southern California and Nevada regional finance director, and Michelle Kwan, the Olympic silver and bronze medalist figure skater turned political operative, who directs appearances by surrogates.

Highlighting Hollywood’s importance in the election, Harris will hold her first solo vp event of the campaign with a fundraiser co-chaired by Avant and former U.S. Ambassador Colleen Bell, director of the California Film Commission, along with Mindy Kaling, Reese Witherspoon, Shonda Rhimes, Mai Lassiter (wife of producer James Lassiter) and Shannon Rotenberg, executive director of Matthew McConaughey’s Just Keep Livin Foundation. The event, which has a top ticket price of $100,000, benefits the Biden Victory Fund, a joint fundraising effort of the Biden campaign, the Democratic National Committee and state parties. 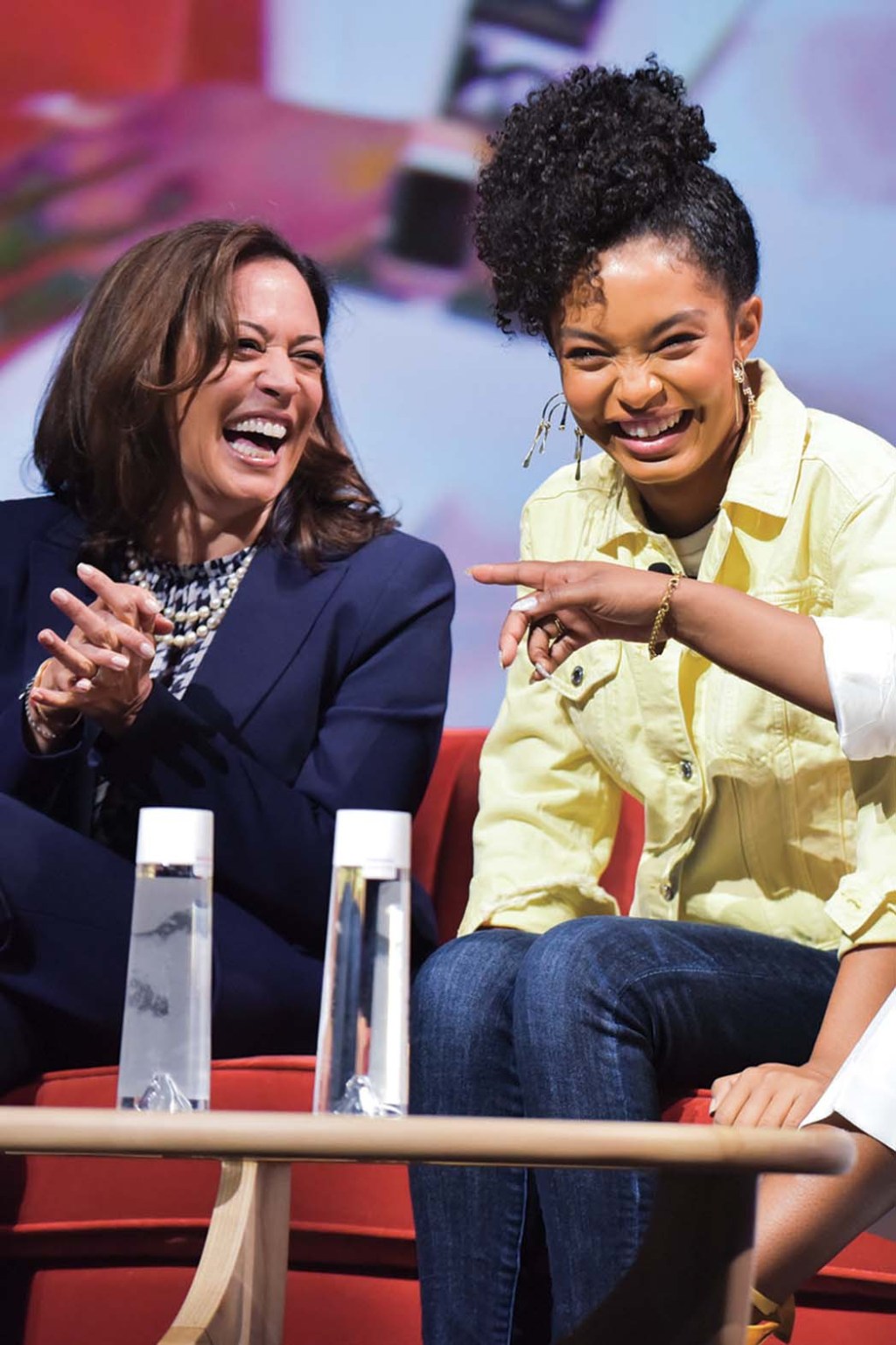 “Whoever the nominee, we were prepared to gather people from all over the country to show our enthusiastic support. Now the vp candidate is Kamala — who [Nicole Avant and I] have both known for many years — so this is very exciting,” Bell says.

Adds Johnson, “Hollywood knows a star when we see one. This town trades in story arcs all day. We know the power of heroism and adversity. The world knows who the good guys — and women — are in this story, and we will work together to celebrate a Biden-Harris victory in November.”

Conversation on the Value of Women Voters and Leaders
Aug. 26, secure.joebiden.com/a/0826-women-voters
An official Biden event moderated by Debra Messing and Eric McCormack.

Has America Jumped the Shark?
Aug. 27, fieldteam6.org
The event — a “writers’ panel discussing how if 2020 was a [political] TV show, the writers would have been fired for making it unrealistic,” says Field Team 6’s Jason Berlin — features Veep’s Dave Mandel, Samantha Bee’s Ashley Nicole Black and The Simpsons’ Al Jean.

Black National Convention
Aug. 28, m4bl.org
“Oftentimes, I feel the DNC has taken the Black vote, especially Black women, for granted,” says Angelica Ross, who will host the BNC, a partnership with the Movement for Black Lives to focus on ratifying a Black political agenda.