Continue to The Hollywood Reporter SKIP AD
You will be redirected back to your article in seconds
Skip to main content
June 29, 2017 2:10pm

An eclectic mix of Hollywood executives, real estate luminaries, philanthropists and L.A. stylists turned out on Wednesday night for the grand opening of the newly opened Waldorf Astoria hotel in Beverly Hills.

Attendees gathered on the rooftop deck of the 12-story, five-star hotel to take in the stunning 360-degree views of Los Angeles at the gateway intersection of Wilshire and Santa Monica Blvd. A jazz band, D.J. and electric violinist took turns entertaining the crowd of hundreds as they nibbled from the sushi and Iberian Jamon bars provided by the hotel’s in-house, Michelin-starred chef Jean-Georges Vongerichten.

The Waldorf’s owner Beny Alagem, who also owns the Beverly Hilton, told The Hollywood Reporter that he was thrilled to finally share the hotel that had been under construction for three years with his friends. “It’s a wonderful evening,” he said.

For the building’s design, Alagem turned to architectural firms Perkins+Will and Gensler and designer Pierre-Yves Rochon to design the interior and the 170 rooms, which range from $815 up to $20,000 for the presidential suite. 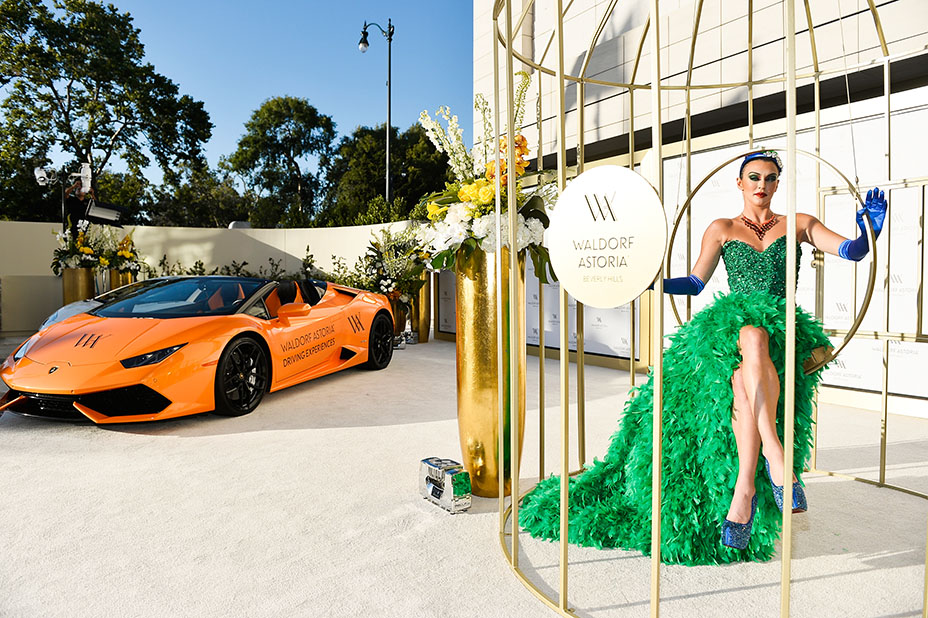