The Hollywood Reporter‘s main contribution to Los Angeles’ vibrant 1970s comedy scene was a building. In 1940, THR founder Billy Wilkerson opened Ciro’s nightclub on the Sunset Strip (he also owned the Strip’s Trocadero club and La Rue restaurant). By 1972, Ciro’s had morphed into The Comedy Store, owned by Sammy Shore and Rudy De Luca. In a divorce settlement, Shore’s ex-wife, Mitzi, took over the club the following year. “At the time, this was the only place where stand-ups could hone their act; places like the Improv and the Laugh Factory came later,” says Tom Dreesen, a veteran of the era and a consultant on the Showtime series I’m Dying Up Here, a fictionalized drama based on the scene that premieres June 4. “When Mitzi took over, she changed the pace. She gave comedians tight 20-minute sets, which meant the audience could see a half-dozen acts in one show. The Strip was an exciting place back then. Stand-up comedy became the rock ‘n’ rock of the ‘70s.”

The key element to L.A. becoming the world’s comedy epicenter was Johnny Carson’s decision to move The Tonight Show in 1972 (he had hosted from New York since 1962) and to allow the show to feature up-and-coming stand-ups. “That was a tectonic shift in the comedy world,” says Bill Knoedelseder, who wrote the nonfiction book I’m Dying Up Here, from which the series, executive produced by Jim Carrey, who got his start at the Store, is adapted. “That’s when all the class clowns moved to L.A.”

Among the invading future stars were Jay Leno, David Letterman (who in 1977 lived in an apartment across from the club), Robin Williams, Richard Lewis, Billy Crystal and Michael Keaton. “It was mostly guys, because back then not many girls were class clowns,” says Knoedelseder. And the magnet drawing them to L.A. was the chance to be on with Carson. “The buzz was, ‘One appearance on the Tonight Show and your whole life changes.’ And it was true,” says Dreesen, who was on the NBC late-night show 61 times. “Freddie Prinze got a sitcom offer the day after his first appearance. There hasn’t been a show like that for comedians since.” 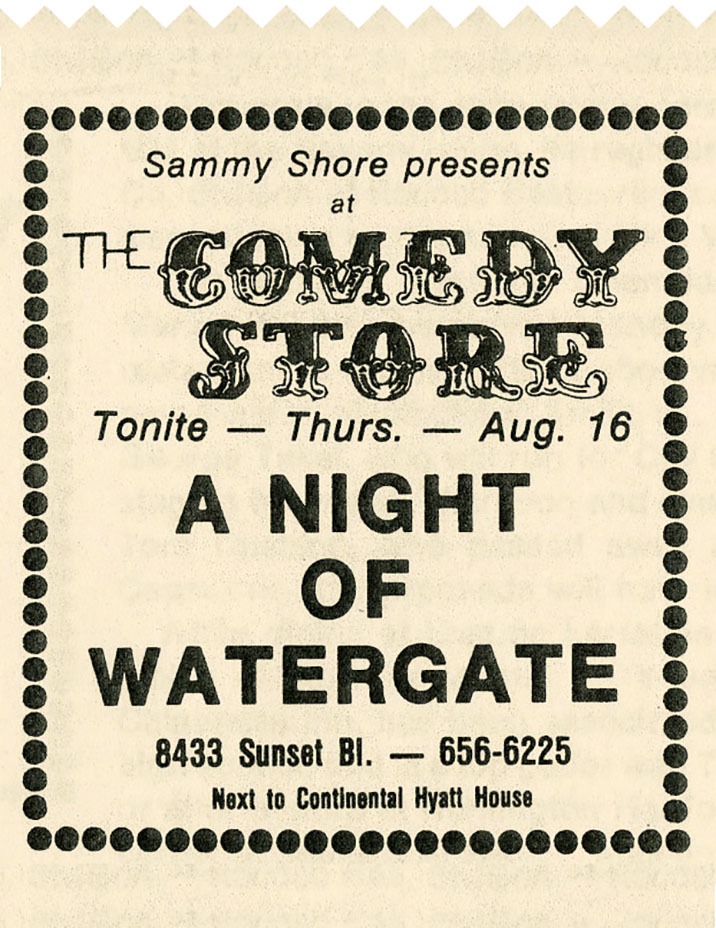