Director Danny Boyle returns to the Berlin Film Festival with T2 Trainspotting, the sequel to the 1997 cult hit that peacefully reunites the director with his early discovery, Ewan McGregor. The two had a falling out after McGregor, who starred in Boyle’s first three films (Shallow Grave, Trainspotting and A Life Less Ordinary), was led to believe that he’d also lead the buzzy adaptation of Alex Garland’s The Beach. The role instead went to Leonardo DiCaprio, triggering a 10-year feud between Boyle and McGregor.

The Beach — about an explorer’s dangerous search for an idyllic, isolated paradise — bowed in 2000 at Berlinale, Boyle’s first at the Germany-set fest. THR‘s review predicted that while the film “gets tanged in its own artistic ambitions,” it would nevertheless do well at the box office since it was DiCaprio’s first post-Titanic project.

However, the Fox thriller, also starring Tilda Swinton and Robert Carlyle, didn’t meet its blockbuster expectations and was altogether panned by critics. It was further clouded by controversy: the studio was sued for damaging the Thai environment during the shoot and, after its protest-filled premiere in the Asian country, Thai politicians called for the film to be banned for its depiction of local drug culture and disrespect to Buddhism.

DiCaprio — who had just established his environmental awareness nonprofit foundation and interviewed then-president Bill Clinton while chairing the national Earth Day celebration — personally enlisted the Natural Resources Defense Council and the World Conservation Union to help with the restoration and protection of Thailand’s Phi Phi Le Island and Maya Bay. “This process could serve as a model for future partnerships between the motion picture industry and conservation organizations,” stated the 25-year-old actor, who has since produced the environmentally focused documentaries The 11th Hour, Before the Floor and The Ivory Game.

As for Boyle, the director and McGregor made amends, with both admitting fault. “We didn’t treat him very well, I’ve got to be honest about it, we didn’t behave at our best,” Boyle explained of misleading McGregor. And the actor reflected, “I was arrogant when I was young.… Eighteen years since that point, I just regret all the films that we didn’t make together, me and Danny.” 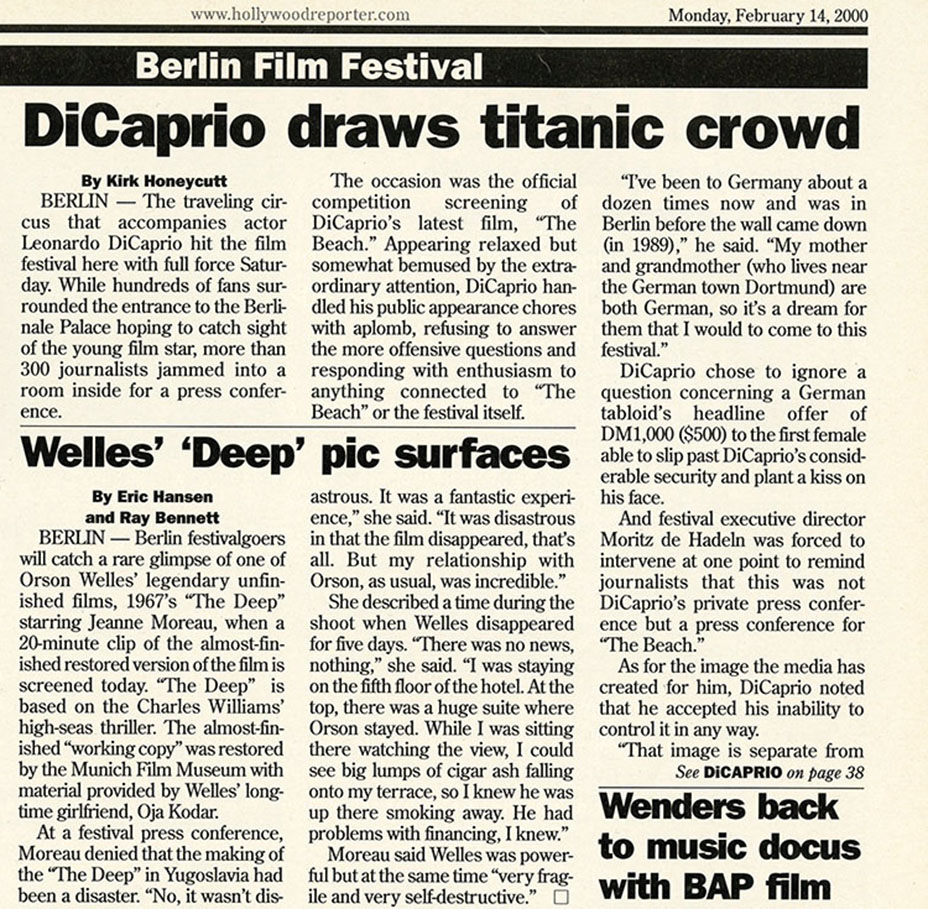