But, of course, the knife-wielding, touchy-about-authority former Green Beret at the center of 1982’s First Blood (and its four sequels, including Rambo: Last Blood, opening Sept. 20) ended up being played by Sylvester Stallone.

“John Rambo had to be part of society that the audience could identify with,” Stallone, now 73, tells THR, explaining the secret of the character’s durability. “He was nonaggressive. He wasn’t hurting anyone; he simply wanted to be left alone.”

Although Stallone had headlined 1976’s Oscar-winning Rocky, his star power didn’t sell everybody at Warner Bros. on the project, which had been languishing in development for more than a decade before his involvement.

“I never thought Rambo would make it into theaters,” Stallone says. “It was denied distribution the first time out — everyone passed.” 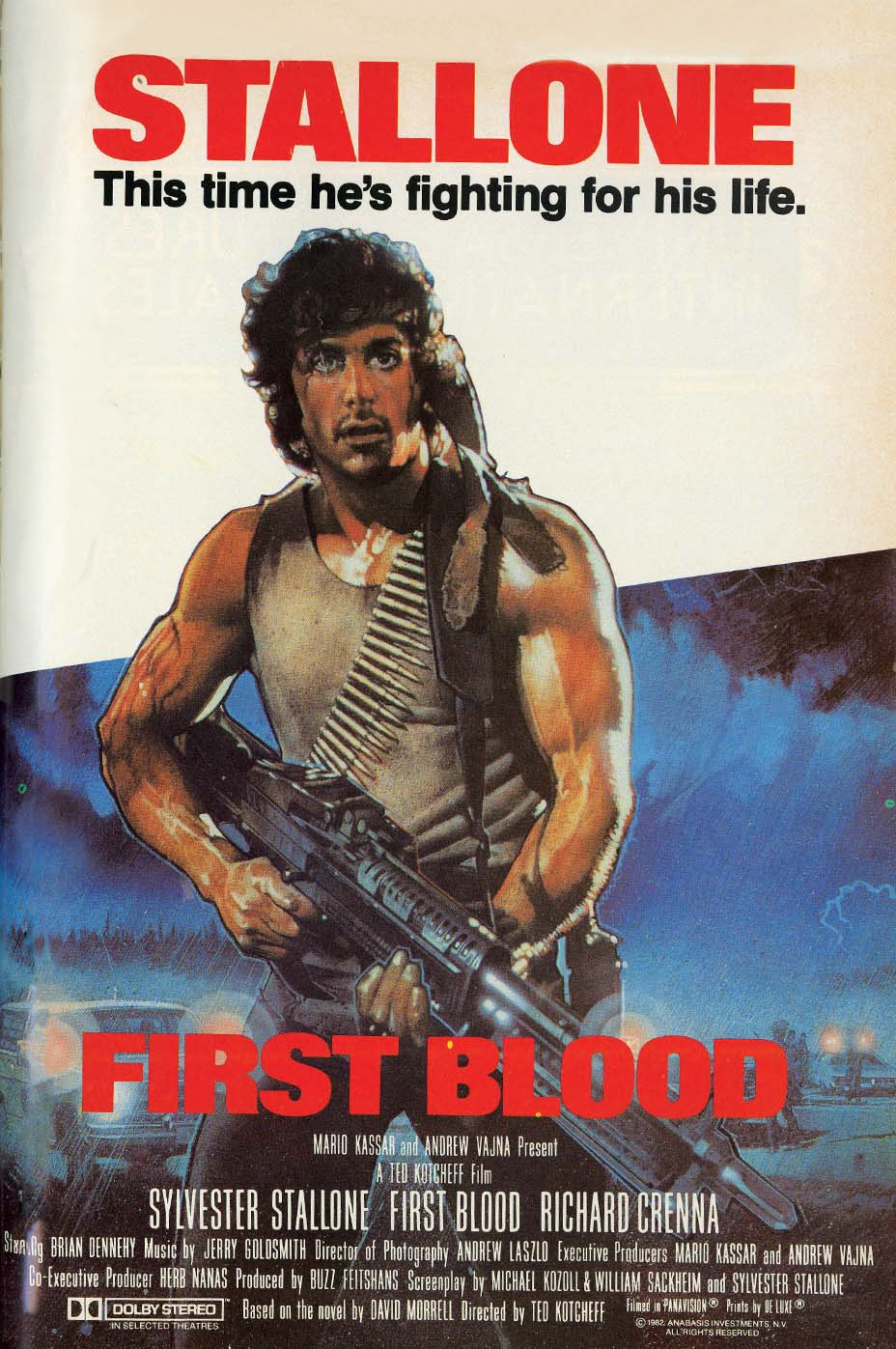 Ultimately, a new indie company called Carolco Pictures picked up the film as its first major release. (Carolco later made another blockbuster with Stallone — 1993’s Cliffhanger — a few years before going bankrupt.) Not all the critics were wowed by First Blood, which was directed by Canadian filmmaker Ted Kotcheff, who helmed the 1977 Jane Fonda comedy Fun With Dick and Jane and later would direct 1989’s Weekend at Bernie’s.

“While Stallone fends off a small army in Blood, his popularity will undergo a sturdier task if it can triumph over the pretensions of this script,” opined THR‘s critic.

But the $16 million production ($43 million today) clearly found the part of society Stallone had been aiming for; it ended up grossing $125 million worldwide, or about $332 million in today’s dollars.

A previous version of this story stated that Stallone had won an Oscar for Rocky. He was nominated for both actor and original screenplay but did not win either award.