Nov. 3 marked the launch of the first-ever Saudi Film Days, a two-day event hosted by the King Abdulaziz Center for World Culture. The showcase featured screenings of short films from rising Saudi filmmakers (both a VIP showing at the Paramount Theatre and a public screening at the Ace Hotel) paired with a gala dinner on the Paramount Pictures lot attended by industry insiders like John Singleton, Mark Duplass and Armie Hammer.

“Our job is to help these young ones to excel in their talents, and what they do is their own choice, basically,” said the evening’s host, Tareq Al Ghamdi, director of the Center, which is backed by national petrochemical company Saudi Aramco. He added it was the Center’s mission “to contribute to the country’s efforts to transform to a knowledge-based society, inspiring the youth of the country to have a passion for knowledge, creativity and cross-cultural engagement. Filmmaking is at the heart of [these things].”

Margaret Cho Reveals She Is Residing in a Sober-Living House

And mounting the event on the famous studio lot, he added, would help with the recognition and promotion of filmmaking back home: “We want to say this is something big and growing. Saudi Arabian filmmakers had the opportunity to showcase their work at Paramount Pictures, which is big.”

It’s an opportunity that Duplass, for one, appreciated.

“I’m going to get to see the one feature-length submission through the Academy, but what about weird short films by emerging filmmakers I never get to see anywhere?” asked the multihyphenate. “Just to see a voice of someone making the kind of movies they can make in that country right now — that doesn’t really have a distribution method for them — what are they making?” [There are no commercial cinemas in Saudi Arabia.] 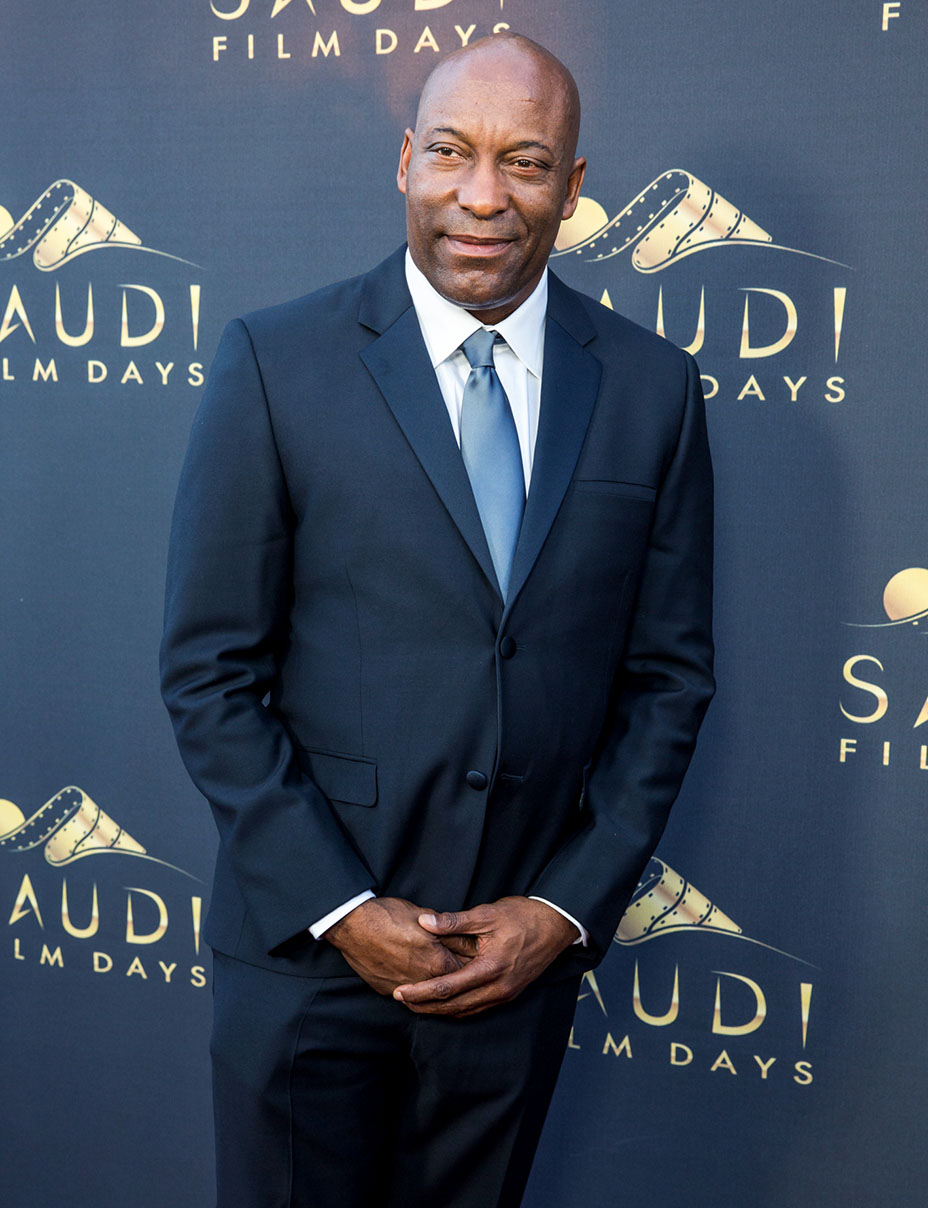 Singleton, meanwhile, was on a talent hunt. “I’m a student of world cinema,” he said before the screenings. “Plus, I’m looking for directors for my television shows. The new directors I have on Snowfall came from Morocco, so you never know where you’re going to find the next great filmmaker.”

Hammer came out because “unfortunate clerical errors” recently had him grounded in Dubai while en route to shooting a film in India. “I had some of the best meals and the time of my life,” so when he got an invite to the Saudi event, he was all over it. “I’ve never seen a Saudi short film. Tonight, I got to see a series of amazing short films, two of which I truly loved,” he said. “And you had me at free meal! Saffron rice pudding? I’m in!”

The screenings were followed by an appropriately Middle-Eastern-themed dinner — lots of dates, hummus and said pudding — under a white tent put up next to the theater. 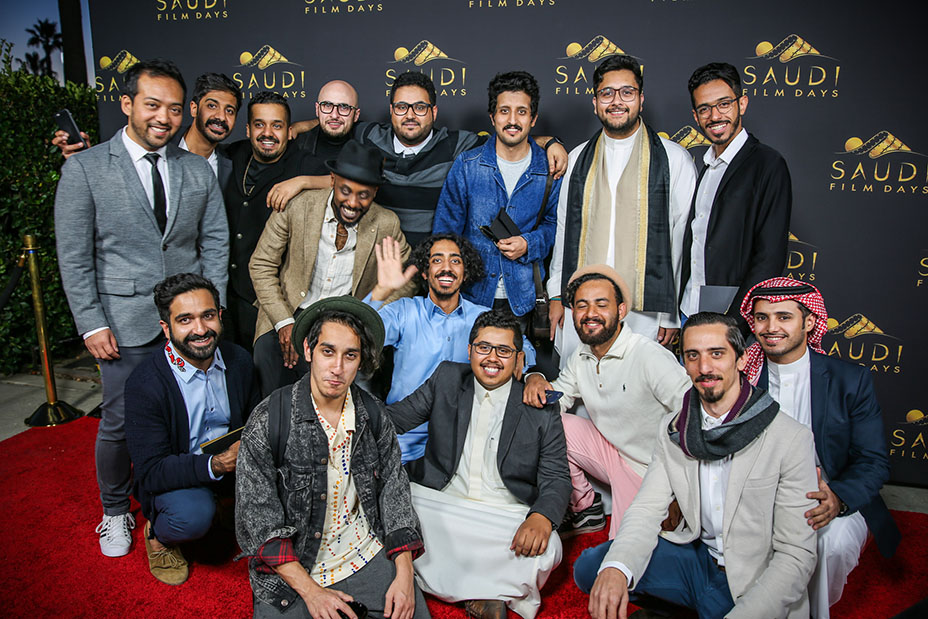 The five shorts unveiled ranged from “an intimate character piece, to a frenetic family drama, to a documentary about a lost art form,” said the evening’s moderator, Dave Karger, who conducted a lively Q&A with the five (all male) directors.

When asked about his film, Meshal Aljaser, the young filmmaker of “Is Sumyati Going to Hell?”— a tragicomical look at a long-suffering Asian servant working for a Saudi family told from the family’s 7-year-old daughter’s POV — exclaimed, “I care about removing racism. I don’t care about Hollywood or Paramount. All I care about is Sumyati.” 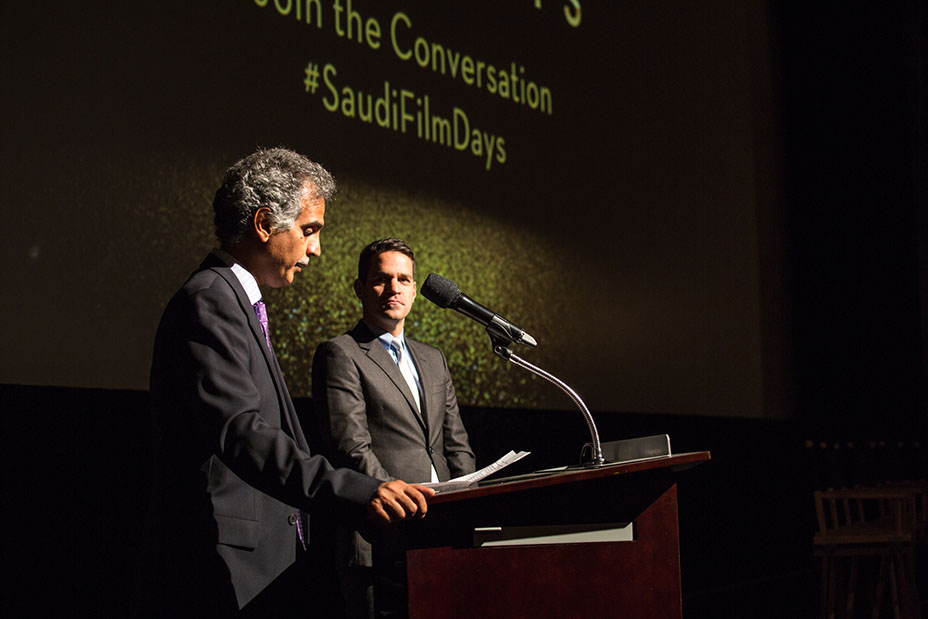 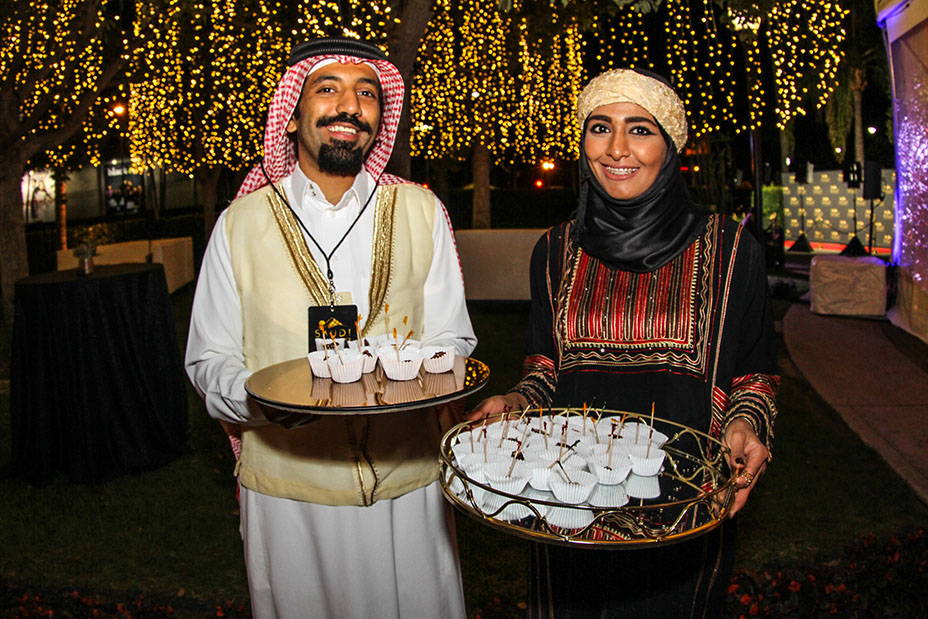 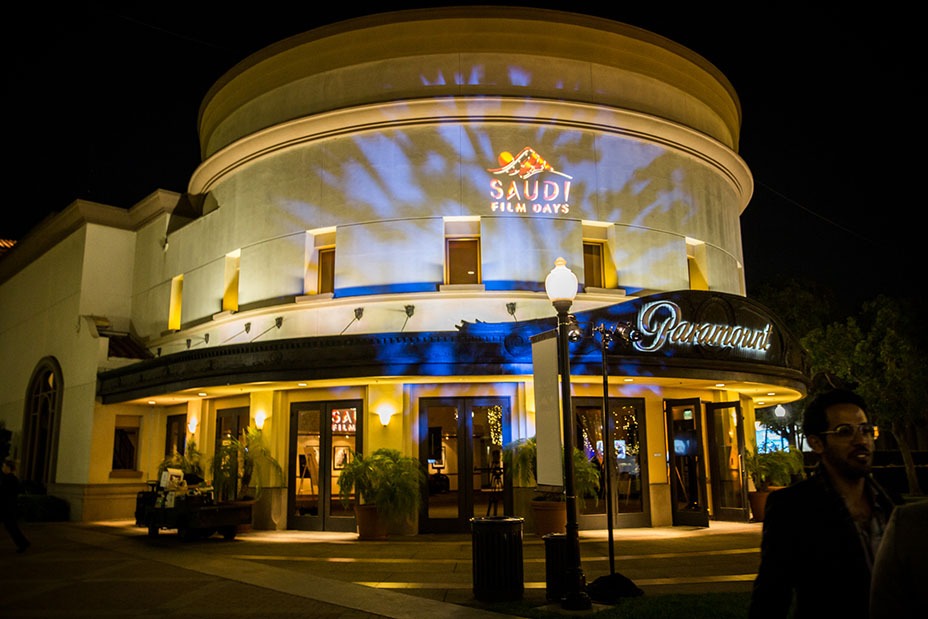