Despite everything that happened between us — the arguments, the betrayals, the lawsuits — I still love Garry Shandling. We were friends up to the end; we had a wonderful phone conversation just two weeks before he died on that awful day in March 2016. But, to be honest, I’m still angry at his lawyers. What they put me through after we broke up was cruel and heartless and inhumane. Even by Hollywood standards.

I lived with Garry for seven years, from 1987 to 1994. And, yes, it’s true, in some ways he was a lot like his TV characters — neurotic and difficult. But he was also smart and funny and kind and generous. I’d been making some career headway as an actress, landing parts on The Young and the Restless and General Hospital, but by far the best role I had was the one Garry gave me on The Larry Sanders Show, playing Hank Kingsley’s adoring assistant, Darlene. After taping, we’d hang out with Brad Grey and his wife, Jill — Brad and Garry were inseparable in those days; they produced the show together. We were like a family. It was a perfect life.

Except I wanted a baby, and Garry didn’t. I was pushing 40 — Garry used to say my biological clock was on snooze alarm — and was starting to panic. Ultimately we broke up. We tried to make it as amicable as possible, but people must have been whispering in his ear. “She’s lived with you for seven years, she works with you, she’s going to take your money.” But I told Garry all I wanted was my job. I just wanted to continue playing Darlene. Garry agreed, and I thought that was that. 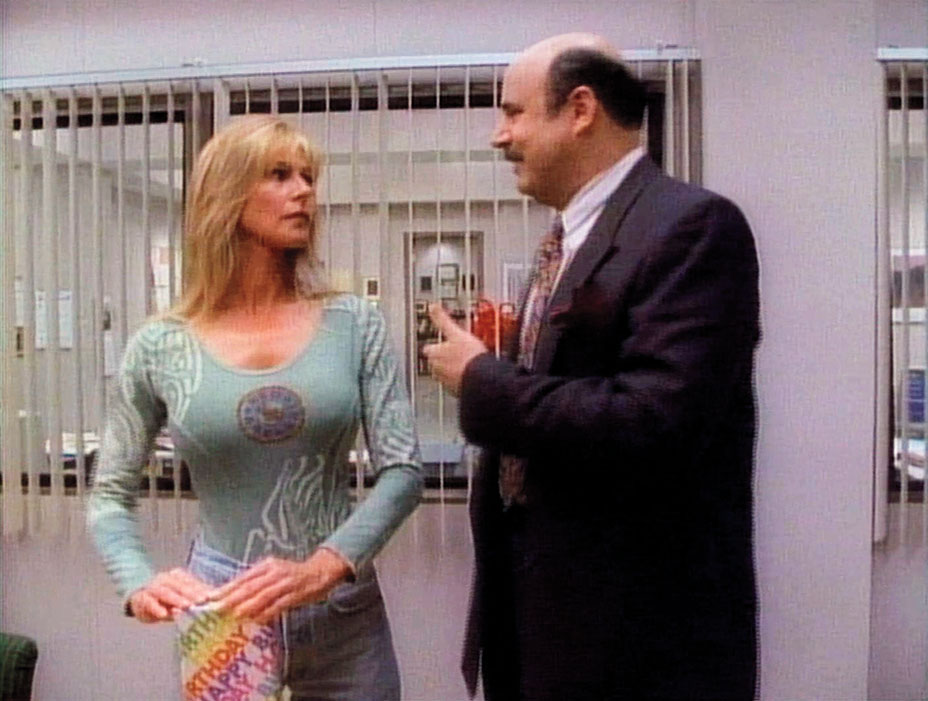 The next thing I knew I was presented a stack of papers. The documents asked me to promise not to sue for half the show, not to sue for any of his property. I never wanted his property or a percentage of his show, so I signed everything. And I guess that was my mistake. Because a week later, I got a call from my agent telling me I’d been fired from The Larry Sanders Show. I tried calling Garry, but he wouldn’t take my calls. Neither would Brad. It was as if suddenly I didn’t exist.

All of this, by the way, was happening around the time of the O.J. Simpson trial. And one day not long after the breakup, I was sitting in a salon getting my nails done when Robert Shapiro, of all people, walked in and sat down next to me for a manicure. He must have recognized me because he turned and said, “Young lady, I think you have quite a lawsuit.” Before long, he was giving me his card and asking me to come meet him at his office. So a few days later, I went, and he explained why I had a wrongful termination and sexual harassment suit and suggested I meet with a lawyer named Patricia Glaser. He set up a meeting with her for me, stood up and walked me to the door. Then he tried to kiss me. I was shocked. I said, “Aren’t you married?” And he goes, “Yes, but you are just so alluring.” [Shapiro tells THR he has no memory of this meeting, and kissing a client “is not something I would have ever done.”]

After that, I had second thoughts about pursuing a lawsuit, but I ended up taking the meeting with Patty anyway. I remember her sitting behind a big desk with photos of Kim Basinger on the wall, which I thought was strange since the actress nearly went bankrupt in her court case in 1993 against Glaser’s client (now she’s representing Harvey Weinstein, though I doubt she has any pictures of him in her office). Patty looked at my paperwork and without a word picked up the phone and called Brad Grey. “Hi Brad, Patty Glaser here. I have Linda Doucett in my office, and I think we’ve got a claim against you …” By the time I left her office, I figured I was in the middle of a lawsuit. I could hardly sleep that night. But in the morning, I got a call from Patty. “I won’t be representing you,” she told me. “Because I’m now representing Brad and Garry.” 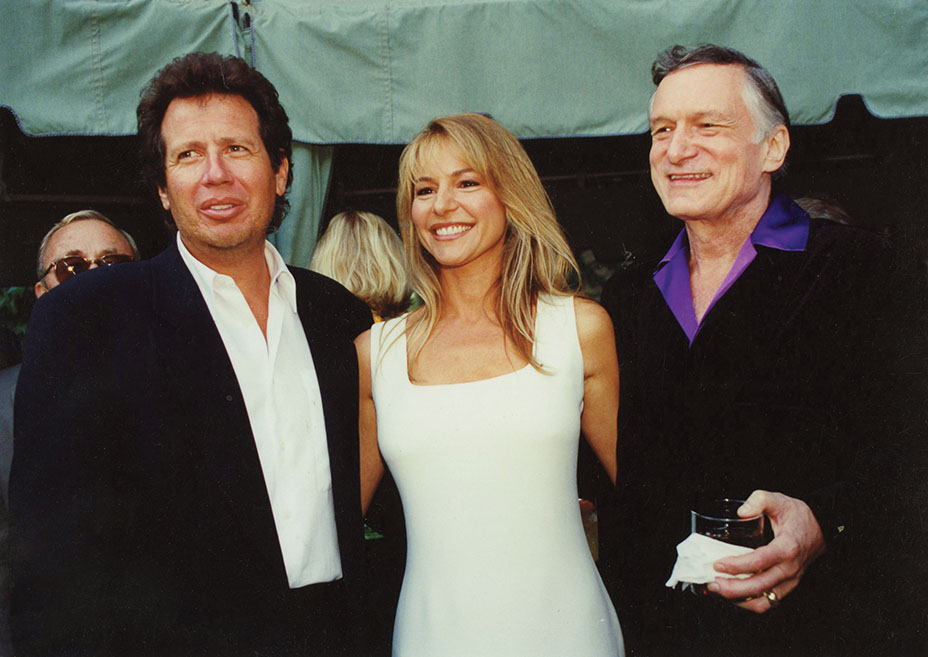 I don’t know what Brad said to Patty — he must have either threatened her or enticed her to his side — but I had to scramble to find another lawyer. And that turned out to be nearly impossible. I met with personal injury attorneys, ambulance chasers in the Valley, West Hollywood lawyers in wrinkled sport coats, but no matter whom I retained, they didn’t last. Patty Glaser would scare them off. What’s more, she denied she’d ever consulted with me. It was infuriating. Finally, though, I found a junkyard dog of my own, a lawyer named Charles Rubin. He took my case and began a process that would lead to my $2 million wrongful termination and sexual harassment suit.

Next thing I knew, we were all meeting in Shapiro’s office to depose him, and I could tell he was nervous, wondering if I was going to bring up the kissing, which I had no intention of doing. Still, I have to admit, there was satisfaction in watching him sweat. Even better was when he tried to deny that Patty ever consulted with me — because I had found an old answering machine tape with a message from him, saying, “Hi, Linda, it’s Robert Shapiro. I just got off the phone with Patty Glaser, and she has reviewed your file.” When we played that tape at the deposition, Shapiro’s tune completely changed. When we played it later at the trial, the judge ordered Glaser to withdraw from the case. [Glaser tells THR she had no substantive conversation with Doucett: “Under no circumstances would I have talked to a client and then switched horses,” she says.]

The very next day, guess who called? We hadn’t talked since the breakup, but the first words out of Garry’s mouth were, “Two million dollars?! You want two million?!” I laughed and said, “Now you answer my calls.” 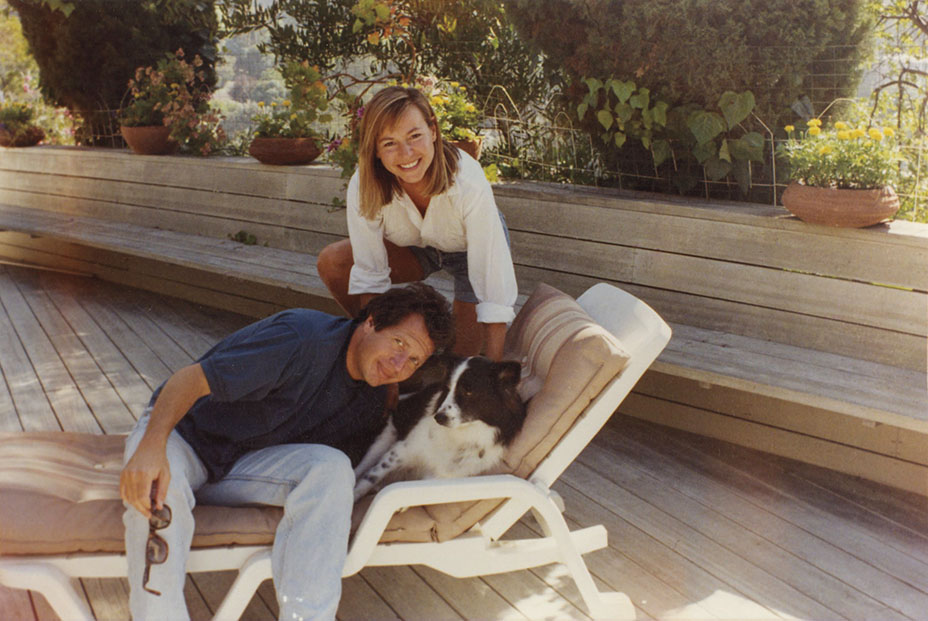 I ended up settling for half that much, but I was happy just to be done with it. Although, as it turned out, I wasn’t quite done yet. Ten years later I ended up back in court during the trial of Anthony Pellicano; the FBI discovered that the private eye had been eavesdropping on me during my lawsuit against Garry and Brad. I couldn’t help but wonder if somebody in Shapiro’s office had hired the detective to spy on me. I ended up testifying against Pellicano, who wound up in jail.

If I’ve learned anything from my experience in Hollywood, it’s how difficult it is to stand up for yourself. But I’ve also learned how difficult — and important — it is to forgive people you love. That’s why I stayed in touch with Jill Grey after Brad died this year. It’s why I stayed friends with Garry till the end. Why I’m glad I answered the phone when he called two weeks before he died.

He was quiet on the line for a few seconds. “You calling because you need some sort of closure?” I asked, laughing.

Finally, after a few more seconds, he answered. “No, Linda — maybe in the next life.”