Celebrity-loved German skincare specialist Barbara Sturm earned the nickname “The Vampire Doctor” a couple years back when she brought her custom blood plasma-infused MC1 skin cream stateside — created by drawing blood from patients and sending them a bespoke moisturizer for a cool $1,000.

Since then, Sturm’s products and services have drawn quite the A-list crowd, including Gwyneth Paltrow, Cher, Kim Kardashian West, Rosie Huntington-Whiteley and Kate Moss. One Instagram pic posted on Sunday and tagged #sturmglow shows the doctor posing with the Oscar-winning Allison Janney. Enough said.

Huge congrats to #TEAMSTURM’s @allisonbjanney — Oscar winner! We loved seeing you on stage with that #SturmGLOW.

Sturm seized the recent awards season as the perfect opportunity to launch her latest Los Angeles-perfect product — Anti-Pollution Drops ($145, also sold at Violet Grey on Melrose Place), designed to protect the skin from pollutants in the air as well as blue-light radiation from cellphones and computers. Quite the fit for L.A.’s notoriously smog-laden air, significantly worsened by the recent string of wildfires. 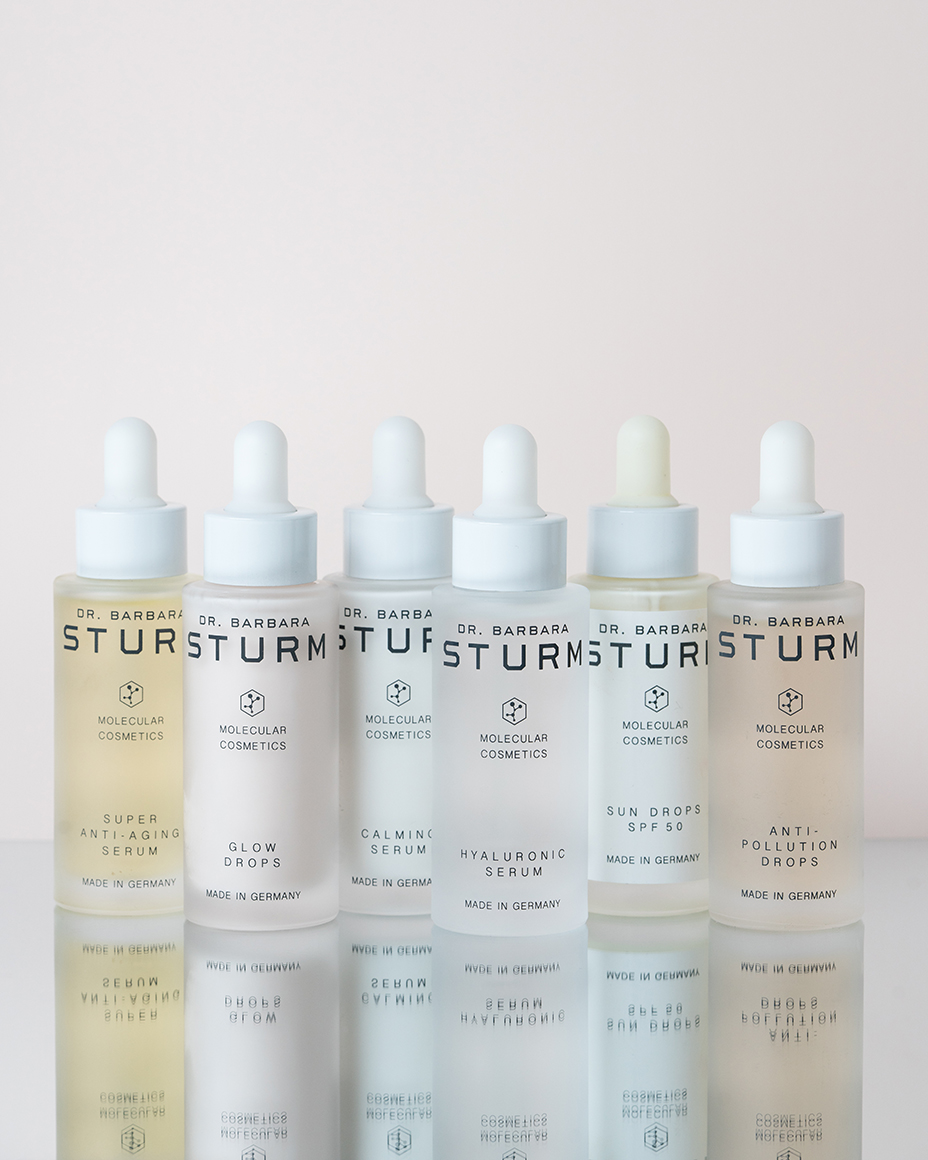 “If you think you need to use sunscreen, you’ve got to use anti-pollution protection,” says Sturm, citing the World Health Organization’s State of Global Air 2017 report on how 90 percent of the world’s population now lives in areas with highly polluted air that also takes its toll on the skin.

People often ask me how I can handle all the traveling and I want to tell you as hard as it is – it is also the most fun and rewarding trip of my life. Seeing all my friends around the world and making new ones adds so much to our lives – I wouldn’t want to miss it – and of course we are on a mission #sturmglow

“The whole idea behind all my work has been anti-inflammation,” says Sturm. “Inflammation can be caused by lack of sleep, stress, diet, smoking, drinking, air pollution — but you can’t avoid where you live — and the blue-light radiation from cellphone and computers that penetrates deeper into the skin than UVA and UVB rays combined.”

“When I created the line, I came across purslane, a plant extract that is anti-inflammatory and activates the telomerase enzyme, which is anti-aging by keeping cells alive and healthy. And then hydration strengthens the skin barrier to protect it from the sun and other environmental issues. We have a cocoa bean ingredient that builds a shield, like a film, on the skin to help protect it so that blue light can’t penetrate through. And there’s even a chelator in the mix that neutralizes heavy metals.“

Pollution-battling skincare products aren’t exactly new — Elizabeth Arden has touted the similar benefits of its Prevage line — but we can bet (given the ever-deteriorating state of air quality) that it will be an ever-growing niche in the beauty business.