Oscar nominees Jordan Peele, Ava DuVernay and Gary Oldman are among the top talent who will be taking part in season nine of Loyola Marymount University School of Film and Television’s The Hollywood Masters, hosted by The Hollywood Reporter’s executive editor, features, Stephen Galloway.

Other guests will include Oscar nominee Willem Dafoe and a dual visit by award-winning cinematographer and Academy of Motion Picture Arts and Sciences president John Bailey (LMU class of 1964) and his wife, award-winning editor Carol Littleton (E.T. the Extra-Terrestrial).

The new season kicked off Jan. 31 with Peele, followed by Dafoe on Wednesday. DuVernay will visit the campus Feb. 21, with Bailey and Littleton appearing March 14.

“This season’s Hollywood Masters doesn’t just celebrate veterans, it also puts a focus on the men and women who have impacted our culture in a major way early in their careers,” Galloway said. “With Ava DuVernay and Jordan Peele joining Willem Dafoe and Gary Oldman, we’re seeing the work of the best and the brightest today, and entering the thinking of brilliant filmmakers as they navigate the risks and challenges of Hollywood in the future.”

Added Stephen Ujlaki, dean of the LMU School of Film and Television: “Our celebrated series The Hollywood Masters returns with another season of incredibly talented and prolific guests sharing their insights gained over years of navigating this often complex business. We are proud to provide our students, who are still forming their opinions and vision as artists, the unique opportunity to hear first-hand about the most creative and impactful moments that shaped these industry giants’ careers.”

The Hollywood Masters taping is open to LMU students, faculty and alumni only. Each of the 90-minute interviews will be transcribed and made available, along with clips, exclusively on THR.com. Edited versions of the show will be offered as full seasons on Netflix. 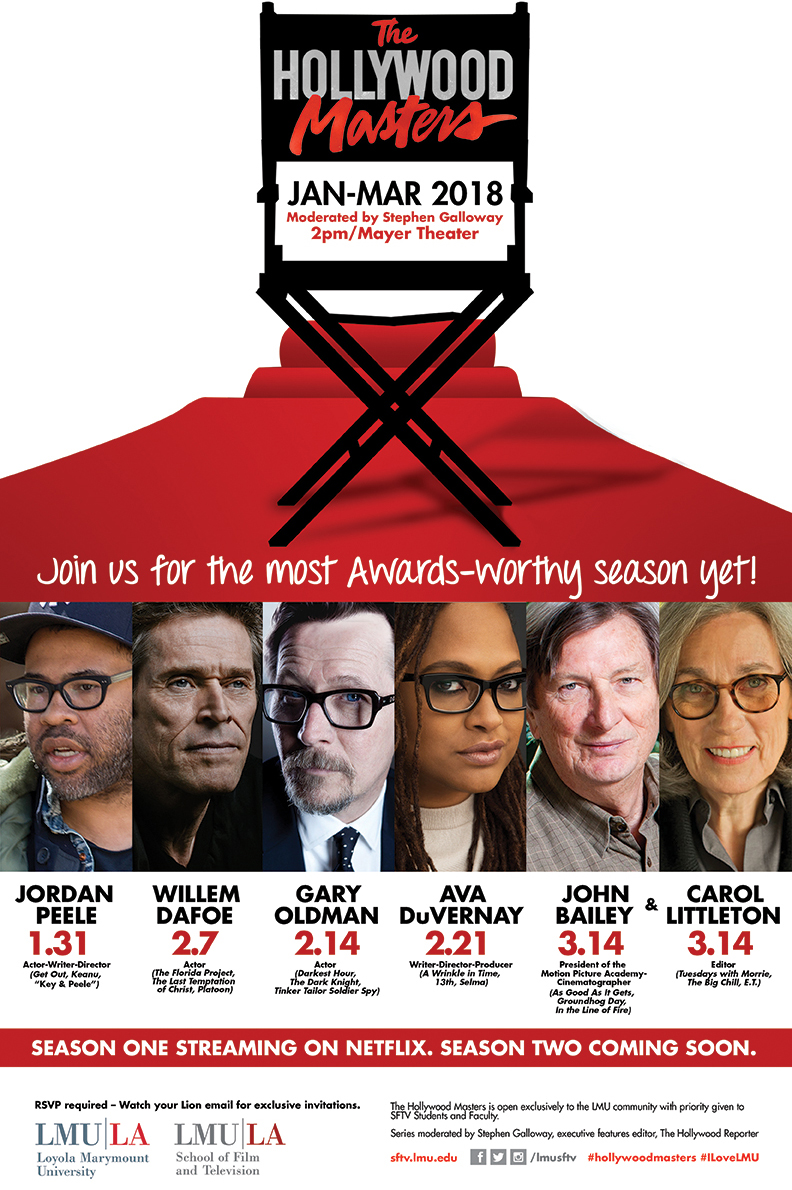