Continue to The Hollywood Reporter SKIP AD
You will be redirected back to your article in seconds
Skip to main content
June 10, 2020 6:15am

After watching hours of racist, violent footage in order to direct her projects Selma, 13th and When They See Us, Ava DuVernay is not easily shaken. But the video of George Floyd’s death that has inspired protests around the world over police violence impacted DuVernay differently — and sparked an idea.

“I was surprised at how really traumatized I was after watching the George Floyd tape,” DuVernay says. “It was because of the framing of that tape, because I could see that officer’s face very clearly. He wasn’t obscured behind the body cam. It wasn’t grainy surveillance footage. It was his face looking right at me as the viewer and very unashamed, unaffected. The hand in the pocket, the sunglasses sitting on top of his head that never moved, this casual lynching of this man, that got me thinking, ‘I haven’t seen an officer that clearly in the act. Gosh, I don’t really know what any of these people look like. And wow, I don’t even know their names.'”

DuVernay’s epiphany about the anonymity of police who commit such acts of violence inspired the filmmaker to launch a new endeavor, the Law Enforcement Accountability Project (LEAP), a fund that will commission creative work about police abuse across multiple forms of media including film, literature, theater, dance, fine art and music.

DuVernay, who has raised money for LEAP from donors including Ryan Murphy and the Ford Foundation, says she is halfway toward reaching her fundraising goal for the two-year initiative, which will back 25 projects (she declined to share the sum she is aiming for). “As artists, what can we do?” DuVernay says. “Well, we can tell the story.” 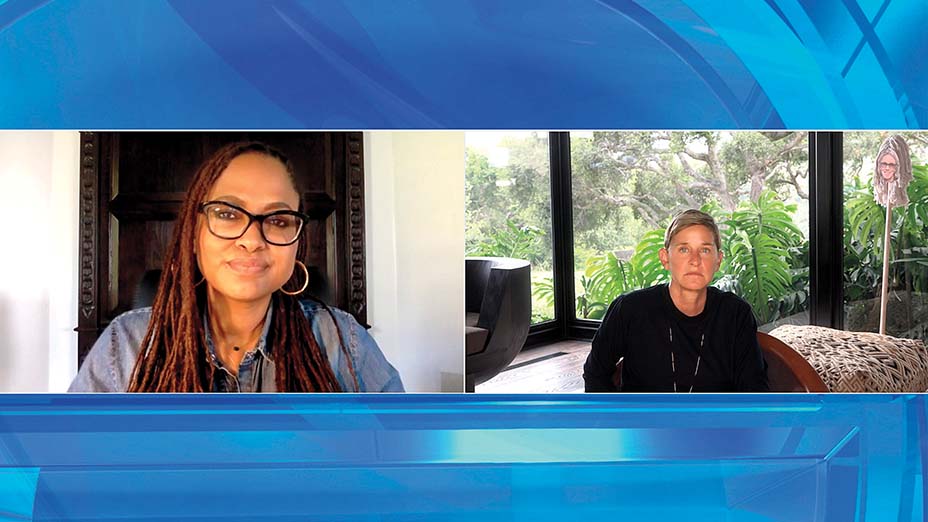 As protests over Floyd’s killing wound into their second week and public officials began earnestly discussing policing policies and institutional racism in the U.S., Hollywood too is taking a deeper look at racial justice issues and its own role in feeding them. Where the first days after Floyd’s May 25 death were met by company statements and donations, the second week has involved unusually candid corporate town halls, the unlikely sight of agents protesting on the streets of Beverly Hills and a new introspection and engagement among Hollywood’s creative class.

At a WarnerMedia town hall on June 4, 12,000 employees watched live as the company’s new CEO, Jason Kilar, told staff that racism “isn’t just a problem in society or in the United States of America. We’ve got a problem at WarnerMedia as well.” (Some 5,000 additional staffers have watched the call since).

During the event, Black employees at various levels of the company shared personally painful stories, such as CFO Pascal Desroches discussing being pulled over by police, a senior vp strategy talking about the time his parents gave him “the talk” about dealing with racist officers, and a female staffer who described trying to find floral-print masks for her family during the coronavirus pandemic so that they would appear unthreatening when in public.

“The point was, this is the experience of people you know, people you work with,” says Christy Haubegger, WarnerMedia’s executive vp and chief enterprise inclusion officer, who helped organize the town hall. “We wanted to set the table for empathy.” Their comments were followed by a talk by sociologist Robin DiAngelo, author of the book White Fragility. “I am not going to waste this crisis,” Haubegger says. “This is our turning point.”

WarnerMedia also provided employees access to a therapist who deals with racial trauma to help process the impact of the Floyd video.

The town hall was the latest step in the company’s long-term inclusion efforts — WarnerMedia is unusual among the major studios for sharing publicly its employee demographic data, which shows that 38 percent of its staffers are people of color, a number that drops to 20 percent for the vp-and-above level. The company is also participating in a push for policy change driven by its parent company’s access to lawmakers. “Because AT&T is in a regulated industry with hundreds of lobbyists, we can put our shoulders into the legislative change that’s needed,” Haubegger says. 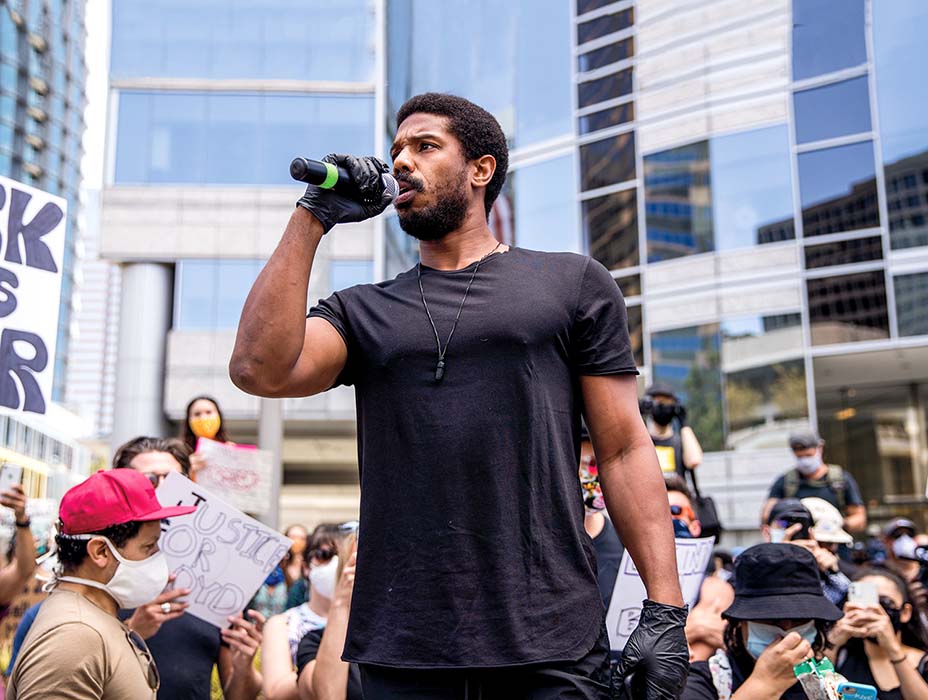 Merriweather had hatched the idea while on the phone with married talent attorneys Ryan and Jesse Nord, then began calling friends at other agencies. Multiple agencies sponsored voter registration tables at the event, which happened on a day when more than a dozen other peaceful protests took place in Los Angeles. “People were waiting for Hollywood to do more than just donate,” says Merriweather. “It’s a powerful moment in history, and I wanted the entertainment industry to respond to the moment.” As the issue of racial justice has taken center stage, agencies have begun to look inward, Merriweather says. “There’s been a new awareness that we need to do better at recruiting and hiring Black staff,” he says. “We need to create a better pipeline for Black leaders.”

More grassroots efforts to shift industry power dynamics are underway as well, including a campaign called #raisethepercentage, designed to connect Black TV writers who are not yet in the Writers Guild with more experienced writers for a one-on-one virtual coffee.

Meanwhile, white showrunners have begun to question and take responsibility for staffing omissions and for depictions on their shows. “It’s been white showrunners hiring their experienced friends,” Warren Leight, the showrunner of NBC’s Law & Order: SVU and creator of spinoff Law & Order: Hate Crimes, told the THR podcast TV’s Top 5 of the police procedurals. “We tried really hard this past year to show how income and race affect justice in society. But I’m beginning to suspect that it wasn’t enough. This has to be a moment where people make themselves uncomfortable, where people in power make themselves uncomfortable.”

Entertainment, tech and music firms are pledging substantial sums to social justice organizations, though the giving pales in comparison to their annual revenue — Natalie Jarvey

A version of this story appears in the June 10 issue of The Hollywood Reporter magazine. Click here to subscribe.