In April, The Hollywood Reporter will launch a major new diversity initiative, the Young Executives Fellowship, designed to create an inclusive pipeline for future leaders in entertainment.

The fellowship will draw high school students from underserved schools in Compton, Inglewood and Los Angeles and immerse them in a two-year program that combines curriculum with mentoring. It will serve as a sister program to THR’s award-winning Women in Entertainment Mentorship Program, now entering its 10th year.

A joint venture with WME and Amazon Studios, the fellowship will accompany a new annual print issue of THR that spotlights the industry’s leaders of change, just as THR’s Women in Entertainment issue has highlighted Hollywood’s female leaders.

The fellowship and the issue will be the focus of a gala Empowerment in Entertainment event, also in April, that will celebrate those driving opportunities for marginalized voices, including people of color, women and the LGBTQ community.

The initiative will be overseen by an advisory board that includes eminent leaders in entertainment, education and civil rights. Among the names who have committed to the board are:

In addition to THR, WME and Amazon, the fellowship brings together the Compton, Los Angeles and Inglewood Unified School Districts as well as Big Brothers Big Sisters, the L.A. mayor’s office and Loyola Marymount University in a broad-based effort to create a dynamic new leadership class in Hollywood.

Black Panther stars Lupita Nyong’o, Chadwick Boseman and Danai Gurira announced the Fellowship at THR‘s annual Women in Entertainment event (which has been supported for many years by Lifetime) on Wednesday.

“A few years ago, when I was first approached to play Nakia in Black Panther, if anyone had told me this would mark a turning point for women and actors of color, I would have told them ‘You’re damn right,'” Nyong’o said. “Black Panther has shown the world how much you can achieve when you make stories not just for one group of people but for everyone.”

“But to make more films like this, we need leaders of all classes, all races and all genders in pivotal positions. The question is, how to find them?” Boseman added. “We are delighted to announce a new program designed to create a pipeline for future leaders in entertainment — all geared to attract brilliant young men and women. It should be brilliant young women and men, from some of the most under-served communities in Los Angeles.”

Fellows will benefit from a unique partnership with China’s Shandong University and Shandong Film & TV, which will sponsor a 10-day visit to the university, where fellows will live and study in dorms with Chinese film school students.

The two-year fellowship will be open to male and female high school juniors in low-income communities in L.A. Each year, 25 students will be selected; after a year learning the ins and outs of finance, marketing, production and business affairs, 12 will be invited to take part in the second year, with hands-on experience at the major studios, networks and agencies.

Mentors from these companies, as well as from THR, will guide fellowship participants along the entire journey. Graduates of the program will be assisted with grants and scholarships, just like the 150 young women who have passed through the Mentorship Program, who have been awarded more than $7.8 million in university scholarships.

This fellowship will help young leaders penetrate a difficult-to-crack industry.

“By offering opportunities via a mentorship program, as well as enrichment through immersive learning, we can help forge a pathway for talented and diverse voices for the next generation of entertainment professionals,” says Amazon Studios’ Salke. “We see this as a critical investment in the future of our business and the entertainment community.”

For Endeavor’s Emanuel, the initiative is a way to level the playing field in Hollywood: “A person’s ability to enter and succeed in our industry shouldn’t be determined by their ZIP code, but unfortunately that’s the reality. Our objective with this program is to break down barriers to entry.”

Adds THR‘s Belloni: “There’s a lot of talk in the industry about the diversity problem. This program is action.” 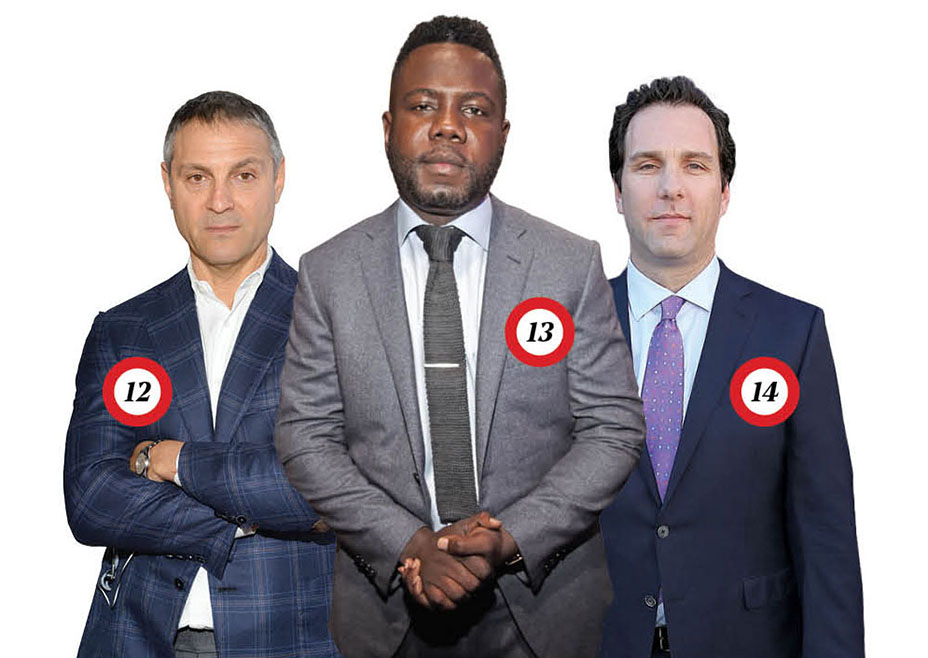 A version of this story first appeared in the 2018 Women in Entertainment Power 100 issue of The Hollywood Reporter magazine. To receive the magazine, click here to subscribe.