The gathering of news and political insiders took place at The Pool in midtown Manhattan in conjunction with the publication of THR’s eighth annual 35 Most Powerful People in New York Media list.

On the red carpet at the event sponsored by 108 Leonard, Trump dominated the conversation. Former White House communications director Scaramucci, who posed for photos with Daniels’ attorney Michael Avenatti, said, “I definitely think the president is a New Yorker. That could be one of the problems he’s having in Washington because stylistically, you know, New Yorkers are very different than the Washingtonians.”

Filmmaker Spike Lee, whose BlacKkKlansman was just selected for the Cannes Film Festival, wasn’t so sure. “We ain’t claiming Agent Orange,” he said, referring to Trump. 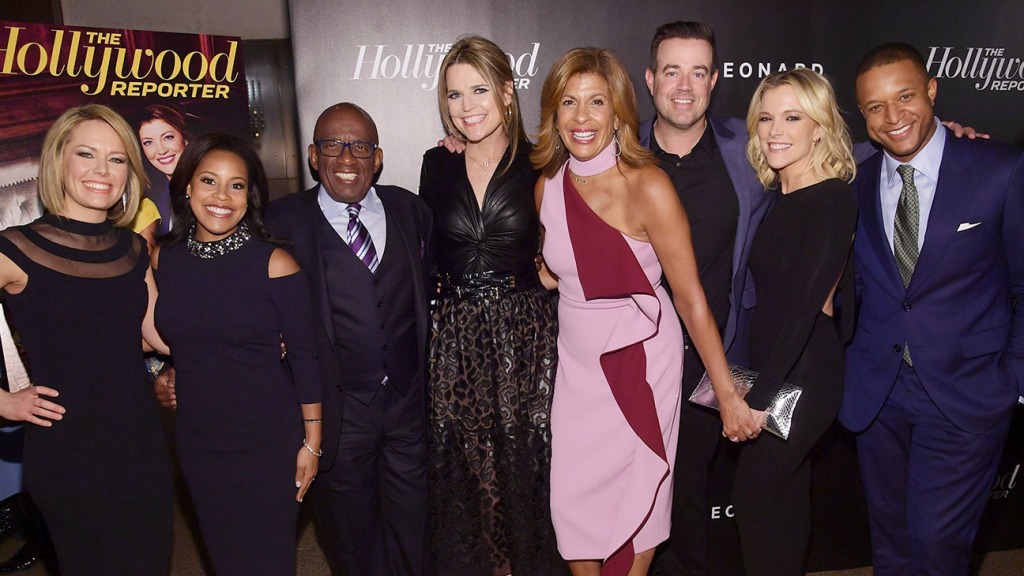 Fox News’ Sean Hannity, meanwhile, addressed his recent feud with ABC late-night host Jimmy Kimmel over a sketch on Kimmel’s show that Hannity thought was too mean to First Lady Melania Trump. “I have nothing against Jimmy Kimmel,” he said. “All I was saying is, don’t pick on the first lady; she can’t fight back. The president’s a public figure, people disagree with him, they don’t like his style, whatever it is. But I felt that was a little tough, a little rough.”

When asked which question she would pose to the president if she could, conservative commentator Ann Coulter said, “What would I have to do to get you to fire your kids?”

Trump’s former wife Maples, however, declined to answer any questions about her ex on the carpet.

Inside the venue, Manigault Newman could be seen exchanging numbers with Guthrie and taking photos with both Kelly and King. Dr. Mehmet Oz and Coulter also made the scene, while Lee took a moment to shake hands with the bartenders. Ronan Farrow attended after an exhausting day that began at 3 a.m. with the publication of his latest New Yorker expose.