Flying on a private jet is so fucking great, the most baller thing you can do … other than actually being a baller. Showing up five minutes before takeoff; preordering exactly what you want to eat, instead of the least-worst item from a short list of crap; having your bag taken off the plane as you disembark and put right into your awaiting car; and, most important, choosing your flying companions or choosing to fly alone, knowing that, should you bring guests, they will do everything possible to stay in your good graces in the hope of further invitations. At the same time, it is the most evil thing that the average non-criminal elitist, and most criminal elitists, can do.

Helena Bonham Carter Says 'The Crown' Is "Very Different" Now Than Her Seasons Were: "I Don't Think They Should Carry On"

Unless you are a liar, an idiot or a Japanese World War II soldier living on a deserted Pacific island waiting for a signal from Tokyo that the Empire has finally won the war, you know that the burning of petroleum products is destroying our planet (it’s impossible to tell which of the first two categories our Climate Denier in Chief falls into, but I’m sure he is not in the last one … because he is a draft dodger). Scientists constantly report connections between CO2 emissions and recent floods, famine and species extinction and make predictions of worse to come. A flight on a commercial airline is the single highest carbon-emitting activity that an average person does, and flying privately is about eight to 12 times worse, depending on the size of the plane and number of passengers.

I’m ashamed to say that between the late ’90s and the early teens, I flew only privately when traveling in North America. I regret it. I wish I had stopped this, and other ungreen avocations, sooner (driving sports cars, eating and wearing animal products, etc.). Though I definitely felt the withdrawal symptoms of going off private air travel cold turkey, I am glad I did. And, like a former addict telling his friends that they should get off the pipe, I am writing to beg the entertainment industry to clean out its karmic closet with regard to environmental exigencies. Please stop flying private. 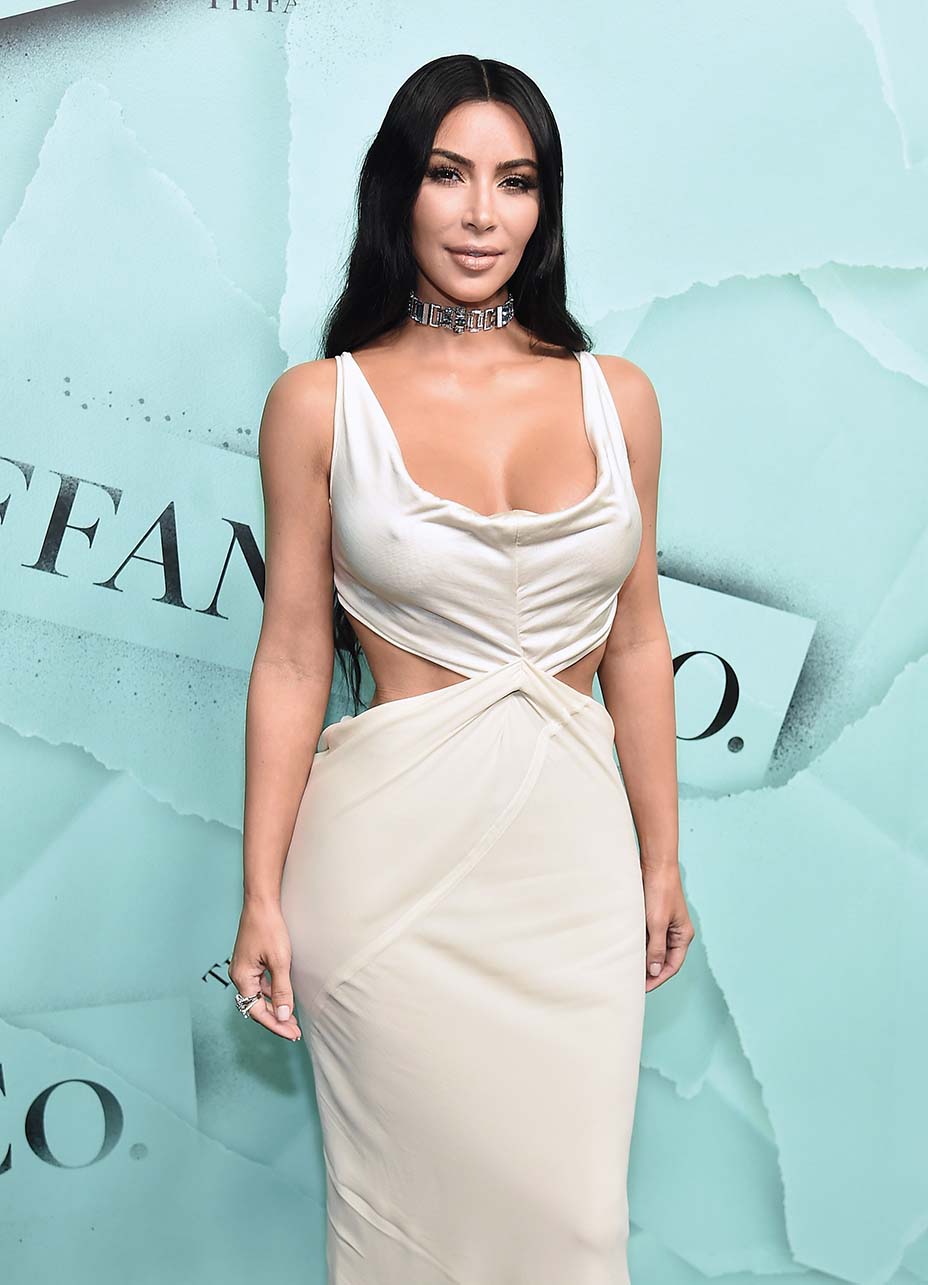 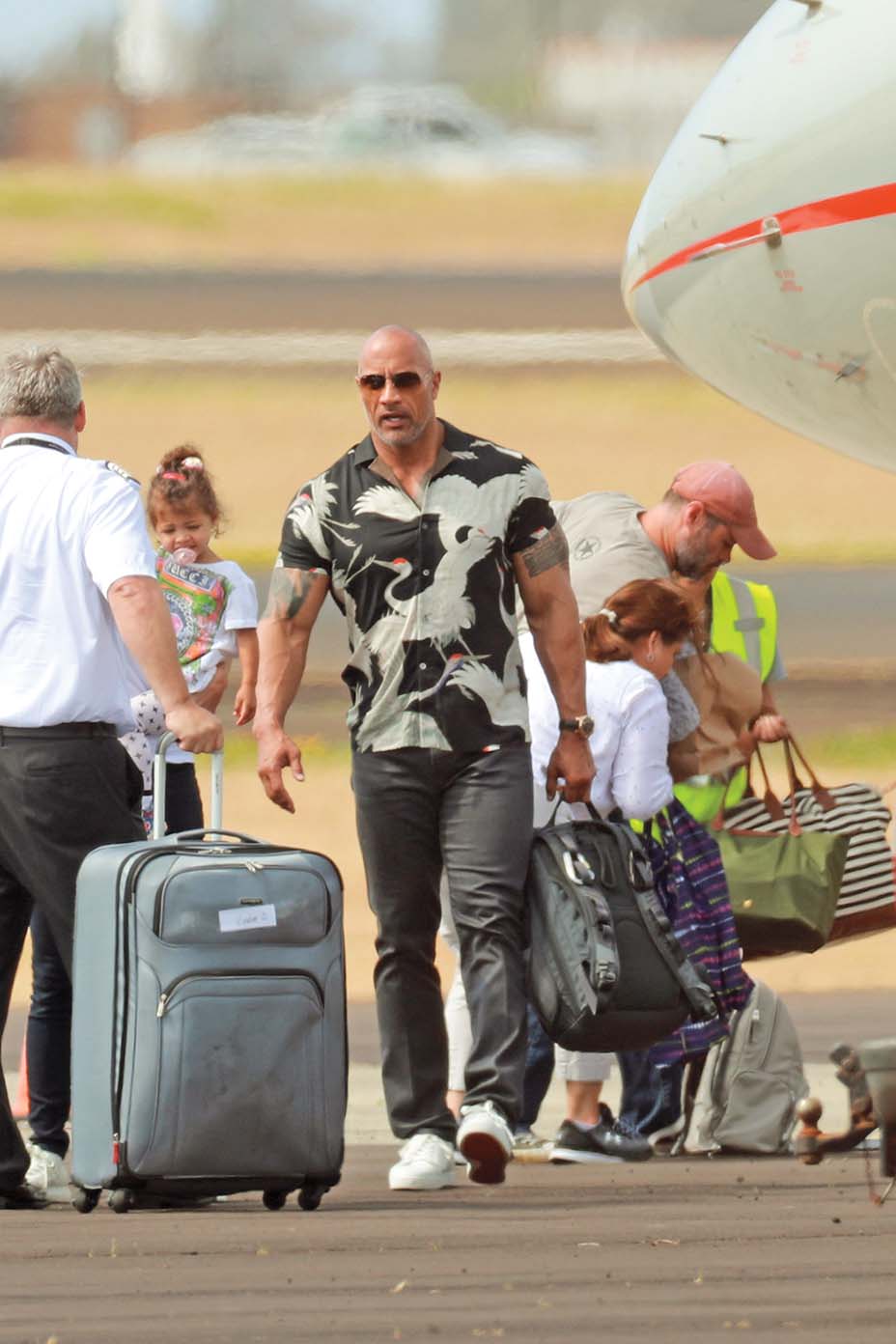 It is inspiring that so many notable members of the entertainment community use their stature to advocate for environmental causes. We should be proud that it is now part of the Hollywood culture to drive electric cars and have the barista put your cold brew into a reusable steel flask. But getting on a Gulfstream when there is a reasonably adequate, though certainly less enjoyable, alternative, is indefensible. A calculation of the carbon emissions from Elon Musk‘s G650 during his travels in 2018 was about equal to 77 times all the carbon emissions attributed to the average American and 263 times that of the average human on the planet. At present, private aircraft contribute almost 1 percent of U.S. carbon emissions, a vastly disproportionate amount, given that the percentage of the population that regularly engages in this activity is probably fewer than 150,000, or less than 0.0005 percent. That percentage of carbon emissions is thought to be on the way to 4 percent in coming decades due to both increased ownership and also a whole new class of ozone-destroying supersonic private planes that are scheduled to start flying in 2023.

If you think carbon offsets can solve this problem, you’re mistaken. Austrian Airlines, Easyjet and Virgin Airways spent millions planting trees in poor countries, only to find that local governments cut those trees down soon after. Biofuels are not the answer either, as there isn’t enough farmland available — that isn’t already used for food — to meet the need for serious carbon emission reduction.

As always with the bad things that humans do, inadequate rationalizations sustain bad conduct. Bigwig executives, producers and directors claim they can’t work on commercial flights, since there is no phone service or ability to host group meetings. Well-known stars don’t want to be disturbed by requests for selfies in the terminal or seatmates who want to “make friends.” I find these arguments pretty thin. While our jobs do involve meetings and phone conversations, they also include a lot of electronic communications and reading. A commercial flight, especially in business or first class, is excellent for those latter two activities. One can certainly schedule the other stuff for before and after a flight. 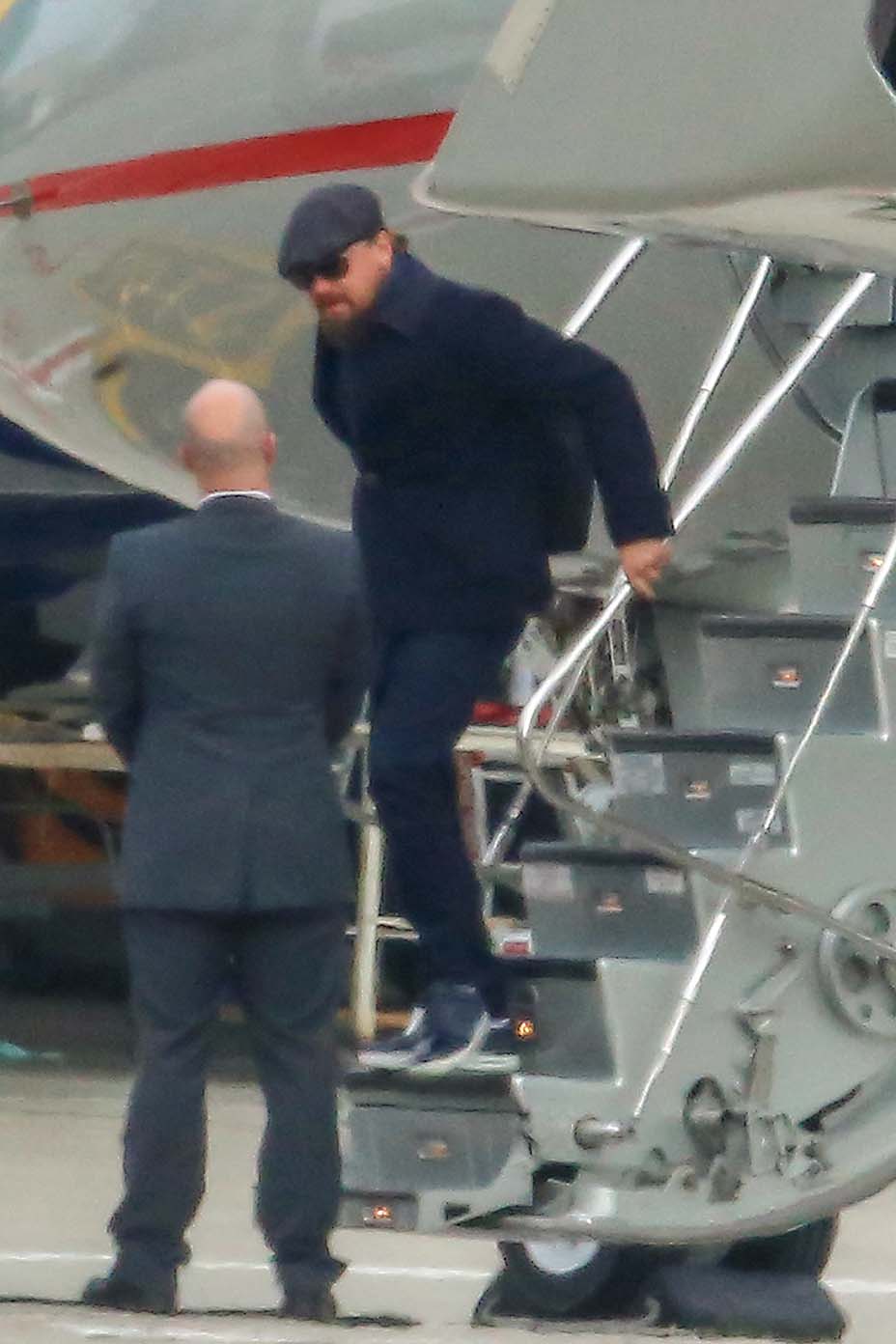 I understand how intrusive people can be when it comes to accessing a star in public. The other day, at Erewhon, I was in the cracker aisle when I witnessed a young woman introducing herself to a famous actress, taking a lot of time to explain something that seemed deeply important to the fan and, of course, pushing for a selfie. In those situations, I always sympathize with the annoyee and feel grateful for my anonymity. But taking a Gulfstream from Van Nuys isn’t the only way to manage one’s travel privacy, now that many hub airports have installed VIP check-in lounges that separate the wheat from the chaff. Most notably, for $2,700, you can book yourself (meaning have your assistant book you) into a private suite in a separate terminal at LAX, where all TSA functions are handled painlessly and you can remain alone with your thoughts, and an array of snacks, until it is time to be tucked into a BMW that takes you alongside the airplane, where you will climb the public-free stairs to the first-class section. 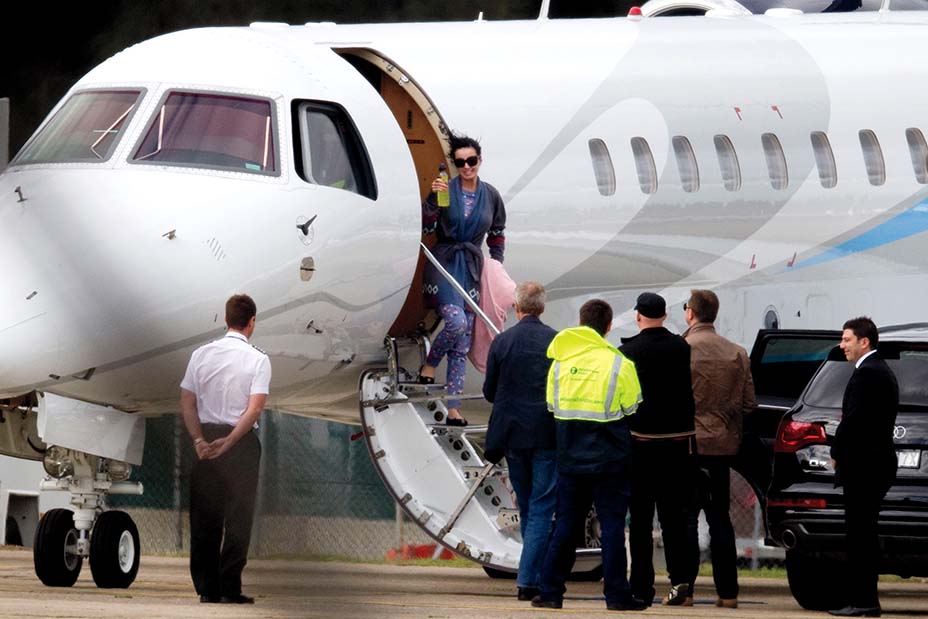 Once seated, it is unlikely that you would be bothered, even if you are a star, since the person sitting next to you is likely to be your paid friend/assistant. But should you be traveling alone, over-the-ear headphones are a great defense against unwanted conversation. If that doesn’t work, buying the adjoining seat, assuming you’re not in a first-class pod, is still much cheaper, and more eco-friendly, than paying for the use of your own plane.

Of course, if everyone in the entertainment industry stopped flying privately, it would not end global warming — but it could have a significant and contagious positive effect. The market for top-of-the-line business jets is only about 700 per year. Removing even a small number of potential buyers of supersonic private airplanes would disincentivize companies like Boeing and Lockheed from making them. Supersonic transport planes deplete the ozone layer more than subsonic planes — not only owing to their increased emissions, estimated at between five and seven times greater than those of conventional planes, but also because they fly into the stratosphere, which is in itself damaging.

Finally, and most importantly, nothing is more undermining to the “stop climate change” message than accusations of hypocrisy against the most prominent advocates for environmental responsibility. Look at how many news outlets carried stories about the number of attendees who arrived on private planes (or mega yachts burning 500 liters of fuel per hour) at Google Camp in Sicily, which was focused on climate change, or the pervasive screeds against environmental advocate Prince Harry and his wife Meghan Markle’s private plane trip to Ibiza. Imagine a person who is not a movie star or studio head, and who needs to make the most of every dollar they earn, standing in an aisle at Target choosing between 70-cent incandescent lightbulbs and $10 LED ones, which they know are better for the environment. Now assume that this Target shopper had just read an article on the “media elites” who want everyone else to sacrifice for the future good but still maintain their most egregious of habits. Wouldn’t reading that article piss them off and make it easier for that person to say “fuck it” and do what is best for him or her? It does me, and I can afford the expensive lightbulb. 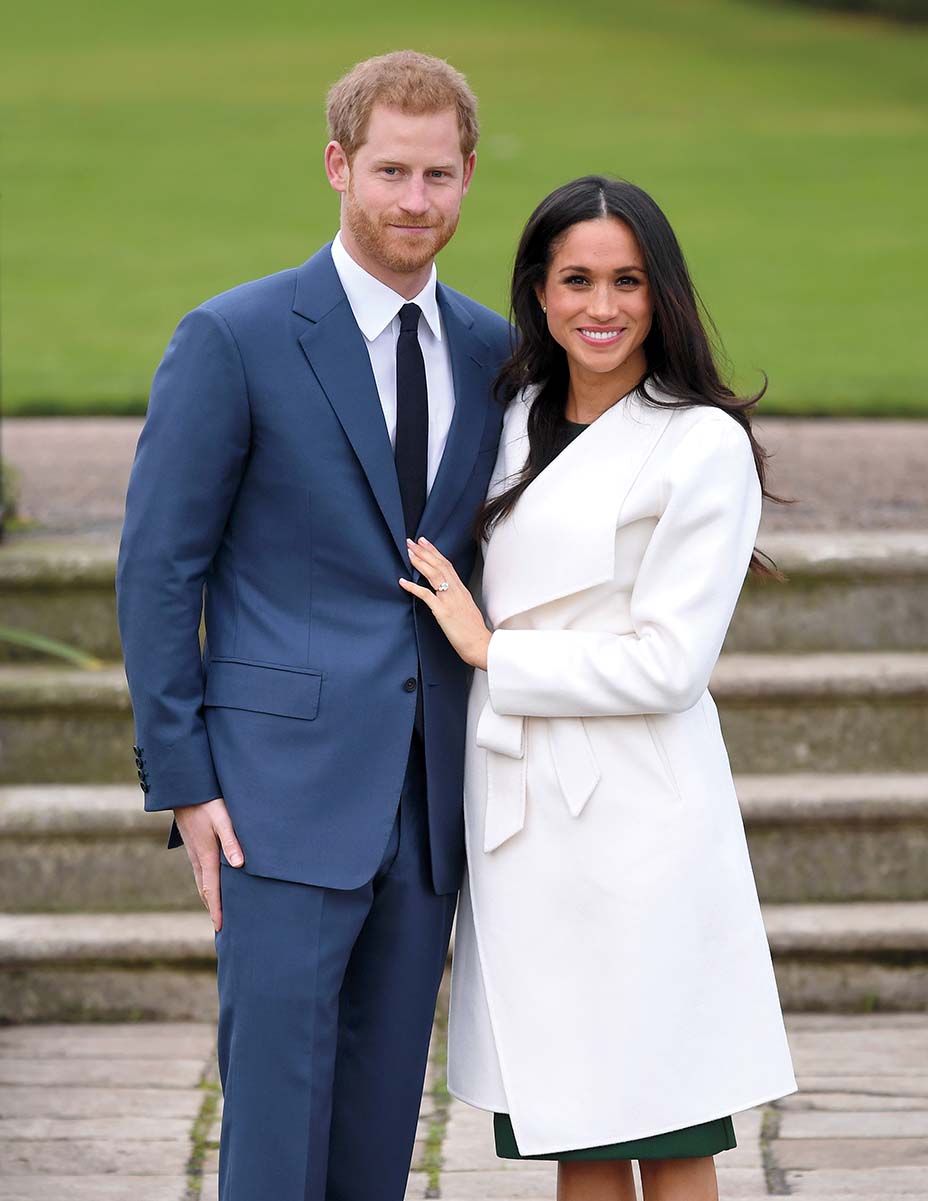 Now think about the cumulative effect of a million or 100 million people saying “fuck it.”

Because that is what happens when the most visible and influential among us prove themselves unworthy of their position in society.

Gavin Polone, a THR contributor, is the producer of Zombieland 2: Double Tap (Oct. 18).