With the April 9 premiere of FX’s Fosse/Verdon, writer-producer Steven Levenson is enjoying another high-water mark in a career that has seen him move rapidly from stage to screen. Just two years after nabbing the 2017 Tony for best book of a musical for Broadway hit Dear Evan Hansen, Levenson, 34, has wrapped his first project as showrunner on the limited series about iconic choreographer Bob Fosse and his wife and creative partner, Gwen Verdon, as portrayed by Sam Rockwell and Michelle Williams. “One of the ambitions is to show how it’s never this one genius or star, it’s an untold number of people working together,” Levenson says. “A few are names we remember, but take any of those people out of the equation, and you don’t have Cabaret or Damn Yankees.”

As the eight-episode series debuts, the London production of Dear Evan Hansen preps to bow this fall and Levenson juggles three film projects — an anticipated adaptation of Hansen, a script for Lin-Manuel Miranda’s debut as movie director on Tick, Tick … Boom, and an untitled screenplay about industrial musicals from the 1950s to 1980s. They’re “an exciting, weird and strange little piece of theater history and pop culture — Ford putting on shows about its new line of trucks, or musicals about dishwashers,” he explains.

On matters of style, the producer allows that his wardrobe might not be keeping up with his professional demands. “There’s a big difference between going to work every day by yourself and sitting down at your computer to write, versus ostensibly being the boss in a writers room,” he says. “And that goes for going to the set. Actors, everyone, crewmembers, they all have questions. You want to look like somebody who knows the answer.” 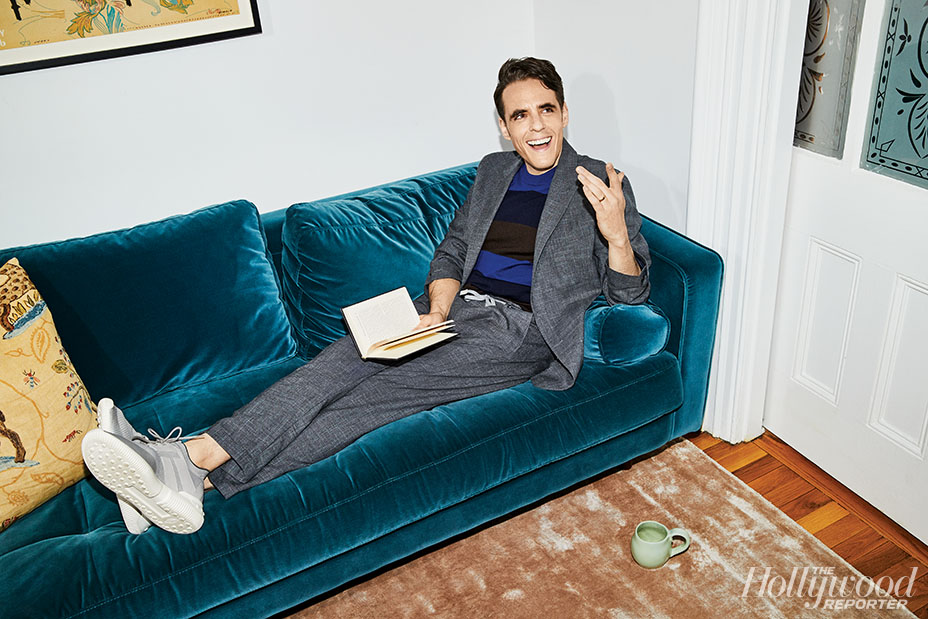 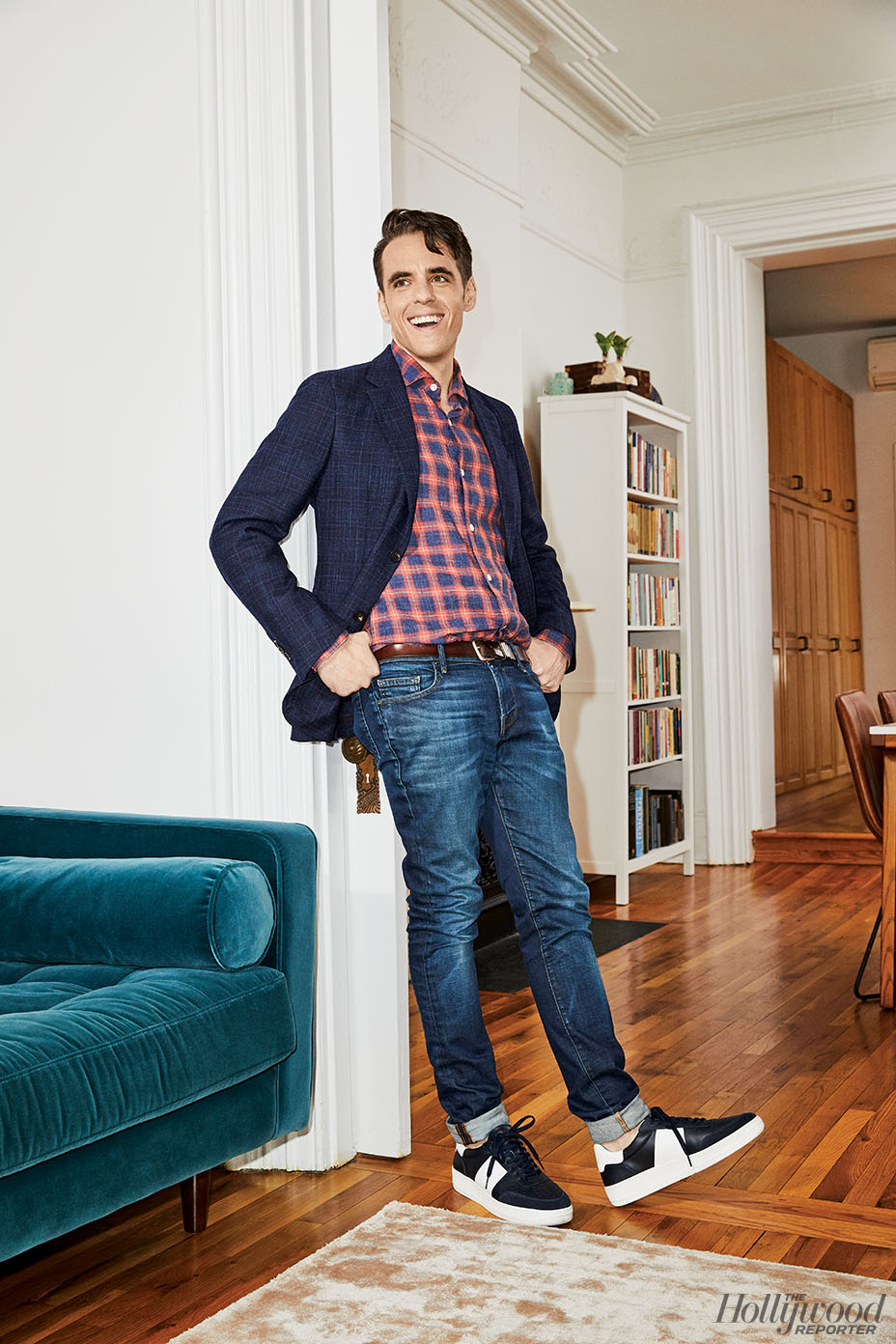 Levenson is starting from a “casual” place that finds him often in a J.Crew button-down shirt, jeans and white Stan Smith sneakers, then “throwing on a jacket or sweater for meetings.” It’s an outgrowth of the post-college style of “vintage, old-fashioned shirts and tight jeans — I think the pejorative word is ‘hipster,’ ” he jokes. With advice from THR contributing editor Andrew Weitz (who works with entertainment executives through his consultancy, The Weitz Effect), Levenson seeks to up his game.

“We don’t want you walking into the writers room and feeling like you’re trying to be a fashion model. It’s just elevating you a bit,” Weitz says to Levenson. The style pro recommends a minor refresh with a well-fitted blazer in a seasonless wool, like a navy tweed from Ermenegildo Zegna, worn over an Italian linen plaid button-down, complete with Sandro Paris sneakers in sharp black and white.

Bicoastal meetings have Levenson on the go, so Weitz makes a counterintuitive suggestion: Pack a suit. Specifically, a modern-cut suit in a neutral tan or navy. “You wear it three different ways: the blazer with jeans, the trousers with a shirt or a sweater, or together as a suit,” says Weitz. Though they’re no longer required in most offices, “suits make guys look great, and we’re seeing lightweight fabrics that are travel-friendly, wrinkle-resistant and water-repellent,” says Bruce Pask, men’s fashion director of New York’s Bergdorf Goodman and Neiman Marcus. For added protection against wrinkles, says Pask, pack items separately in plastic bags. 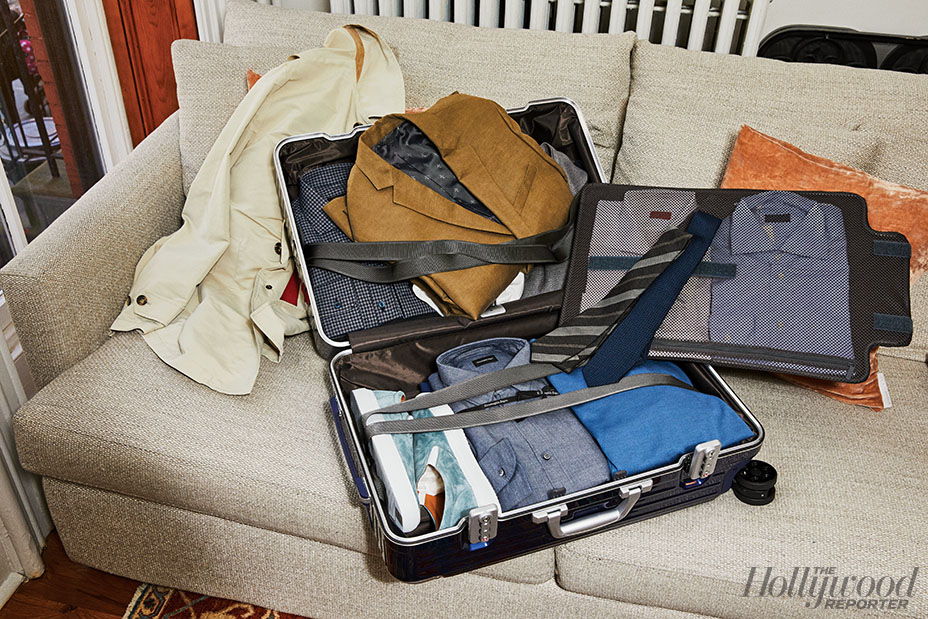 Weitz’s New York look for Levenson: a trimly cut plaid wool suit paired with a blue-green checked shirt, both from Isaia, and worn tieless. For a look that’s more acclimated to West Coast informality, Weitz advises a silk, linen and wool Eleventy suit with a single-breasted jacket layered over a beachy striped merino-wool T-shirt and single-pleat trousers with an athletic-style elastic waistband. A monotone Tod’s sneaker “gives that extra pop,” says Weitz — as long as trouser legs are slim and altered so that the bottom edge sits on the tongue of the sneaker.

“Writers, showrunners, creatives behind the cameras don’t rock a blazer or suit on a daily basis,” Weitz says. “But if you see a creative walk into a meeting in a jacket and he is put together, it shows that he takes pride in his work and in his look.” Adds Levenson, “It feels like what I would normally throw on, but the more ‘couture’ version.” 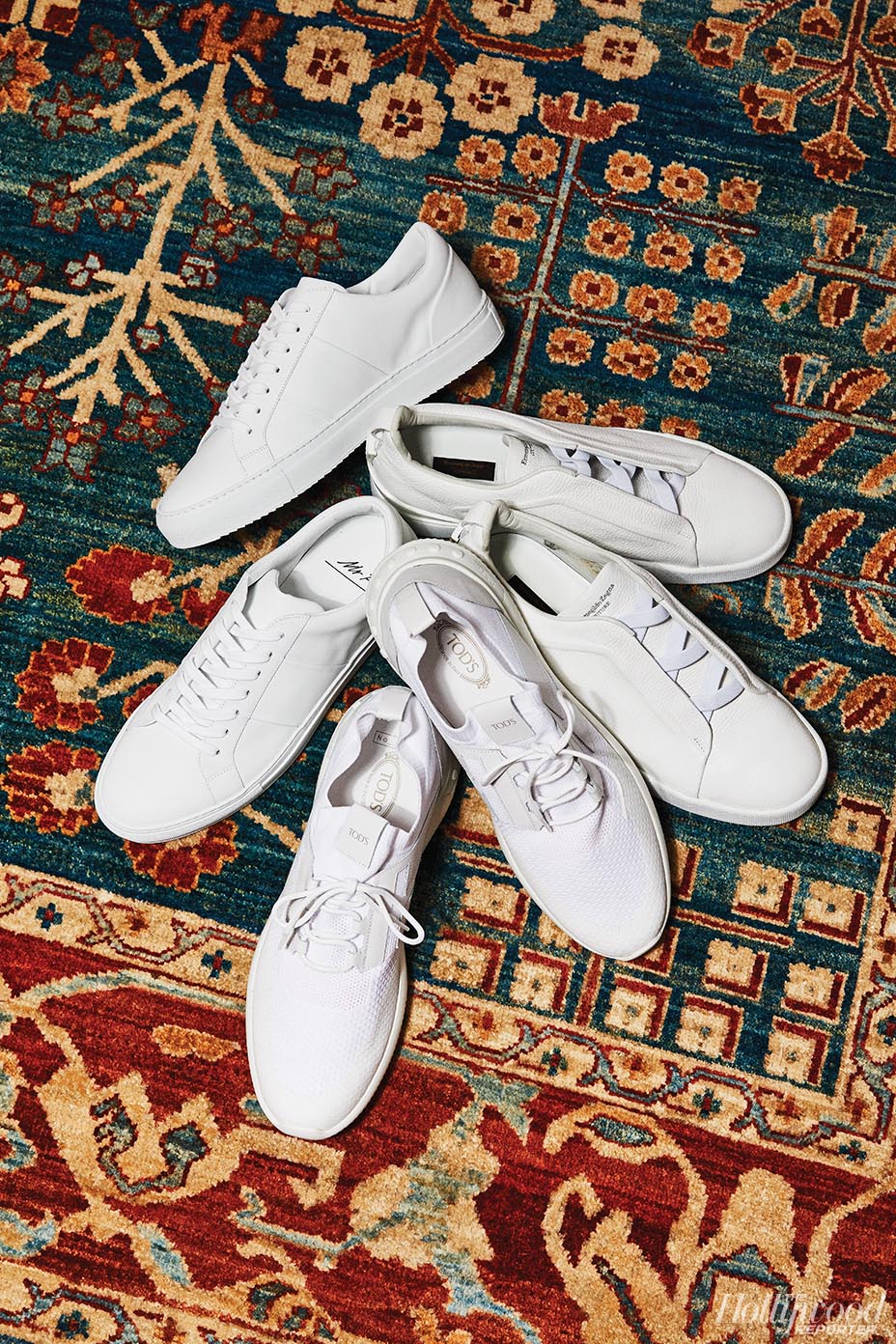 This story also appears in the April 11 issue of The Hollywood Reporter magazine. To receive the magazine, click here to subscribe.