Samuel, who also works with Letitia Wright, reflected on the significance of styling Black Panther actors: “Styling the Black Panther cover for Essence Magazine was iconic,” she said. “That was a huge moment for me. Not seeing myself in that space and being able to create that avenue for myself was really inspiring and it still inspires me. Seeing those covers and knowing that that was such a huge movie and made such a dent in our culture, that was an iconic moment for me.”

She added that styling Big Sean gave her a break after leaving an assistant gig to start her own styling business — and after one red carpet she was proud to see him trending on Twitter. “I had to take a leap of faith to say, ‘I have to trust myself as a black woman and a black stylist.’ So to be able to have a client that allowed me to get the eye that I was desiring as an intern and assistant was really humbling and amazing.” 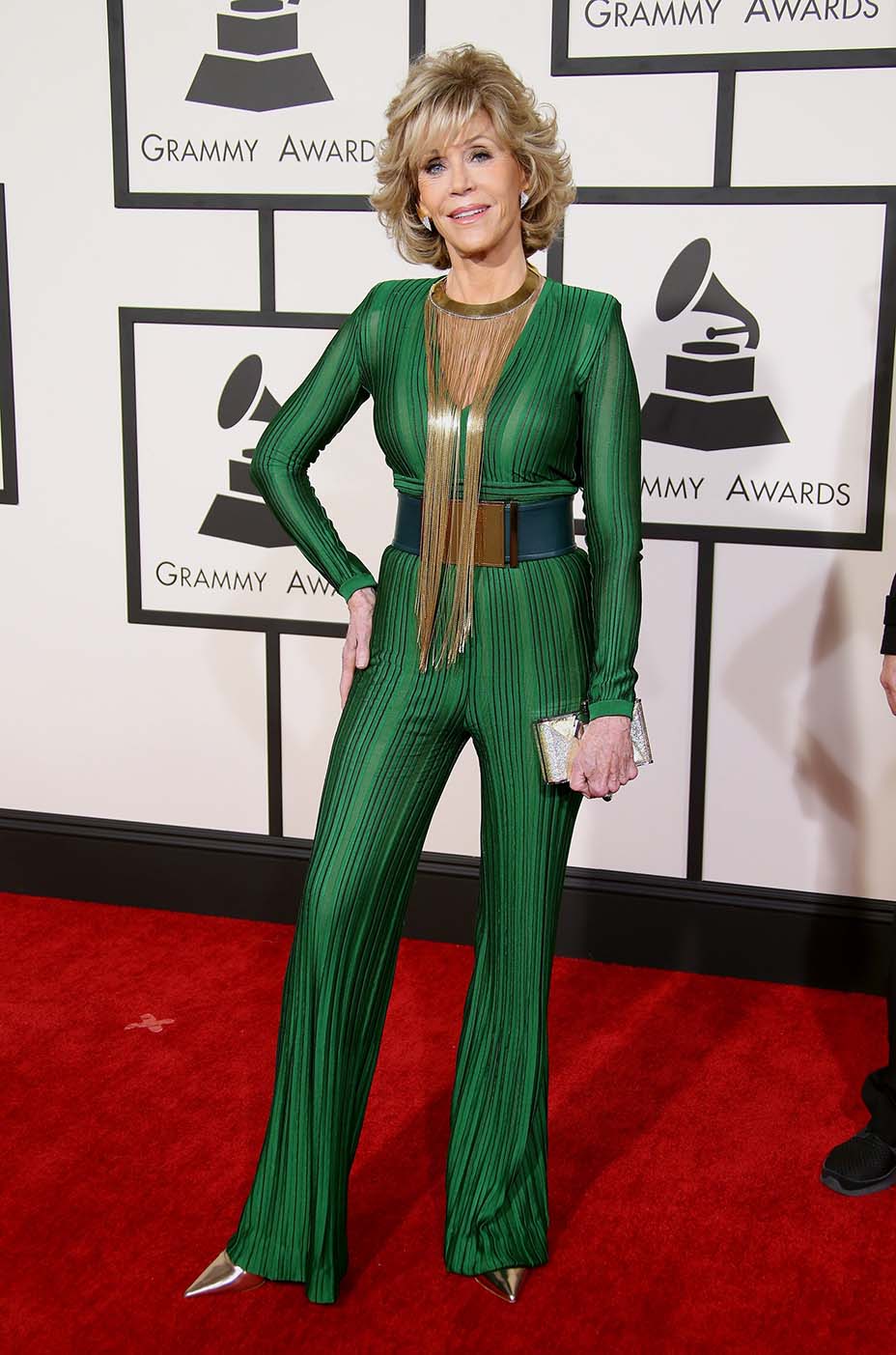 Paul said one memorable moment involved dressing Adele for the Grammys three days after giving birth; Gill recalled giving Jane Fonda a Barbarella look for the ceremony in 2015; and Paster reflected on a style moment related to Minnie Driver’s Golden Globe nomination for Good Will Hunting, which coincided with a relationship breakup for the actress.

“She had just broken up with a guy and she wanted the best f—— dress because she wanted him back,” Paster recalled. “She called me and said, ‘I found the dress.’” 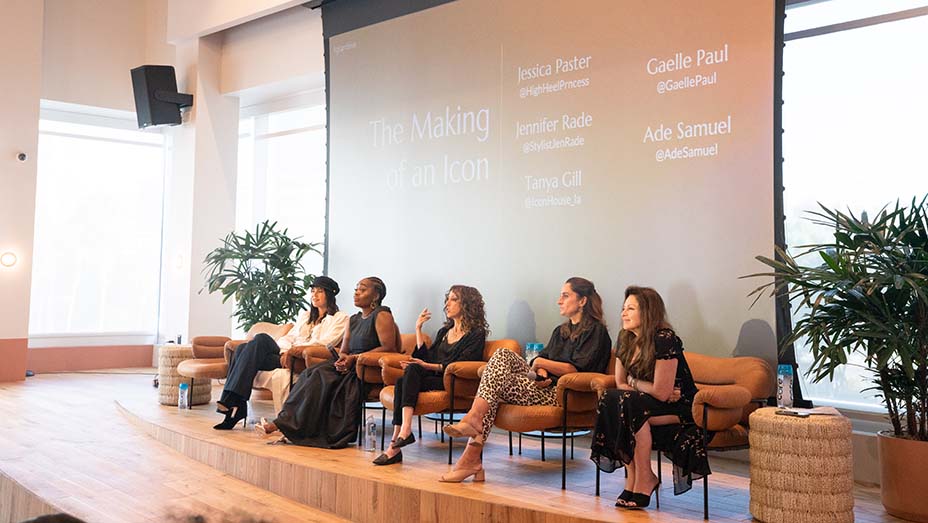 Instead, she went with a Givenchy gown by Alexander McQueen, which arrived two days before the ceremony.

“It was this green dress that went on and on and on and on,” she said. “We got a two-pager for the Vanity Fair Oscar issue of her with Dustin Hoffman, who held her train.” 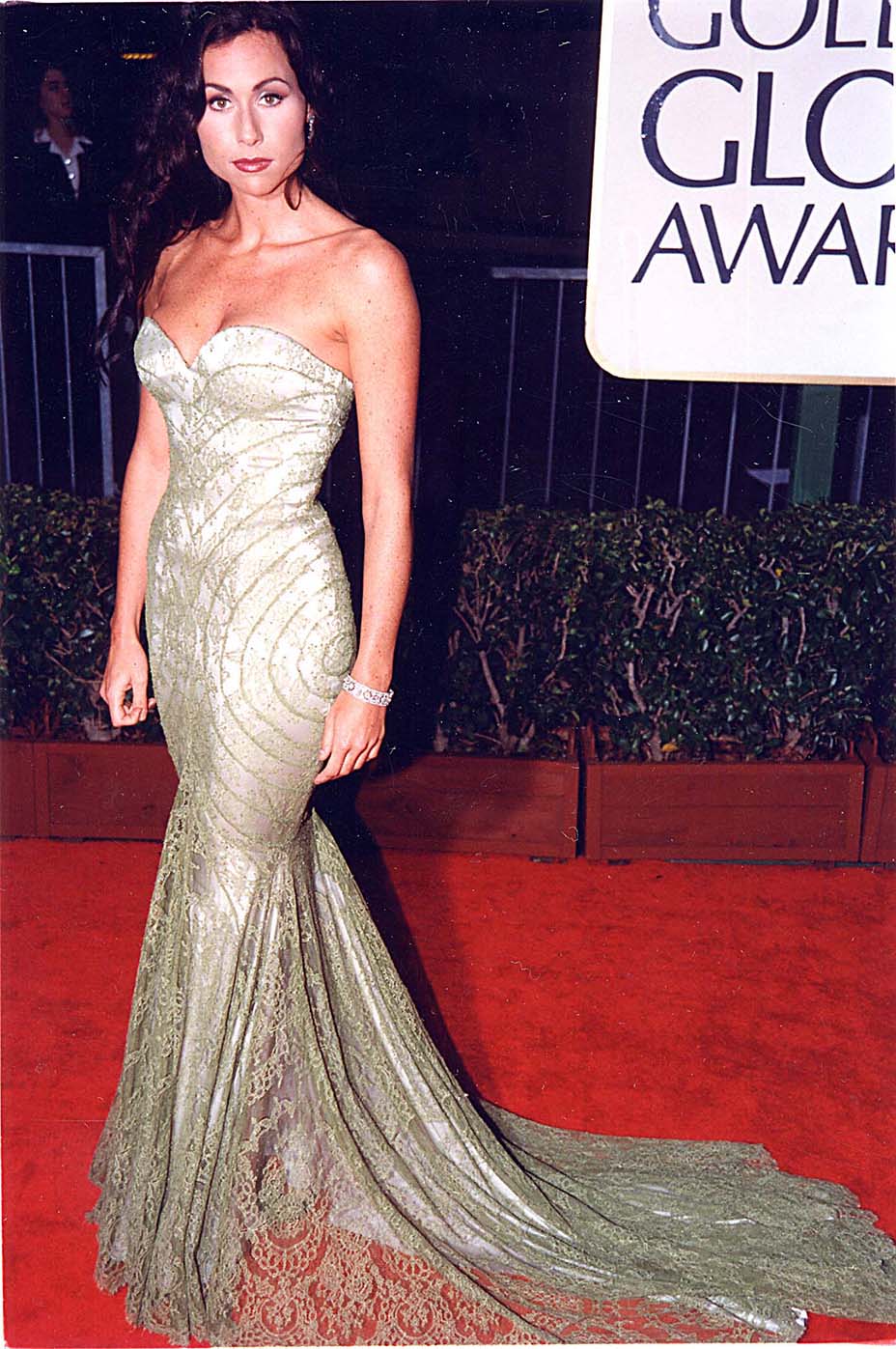 The panelists said that while they’ve created timeless moments, they often feel like their success will eventually run out.

“I’m like 97 percent sure every job I do will probably be the last one,” said Rade. “It really is a reflection of you because it’s your aesthetic that we’re putting out there. You’re equally responsible for creating that along with the talent that you’re working with. And having that attitude of humility in just every single job like, ‘I don’t even know how I got this job and I’m just so happy that I have a job today.’ … We don’t know what’s going to come for us next week. Maybe nothing.”

Rade, who confessed to having not opened Vogue in a decade, further advocated with Samuel that stylists should stay busy by finding new trends for clients through market research.

Earlier that day, THR contributing editor and stylist Andrew Weitz took the stage to discuss how his days as a talent agent at William Morris Endeavor set him up as a style authority for clients such as Elon Musk, Tom Brady and former boss Ari Emanuel. 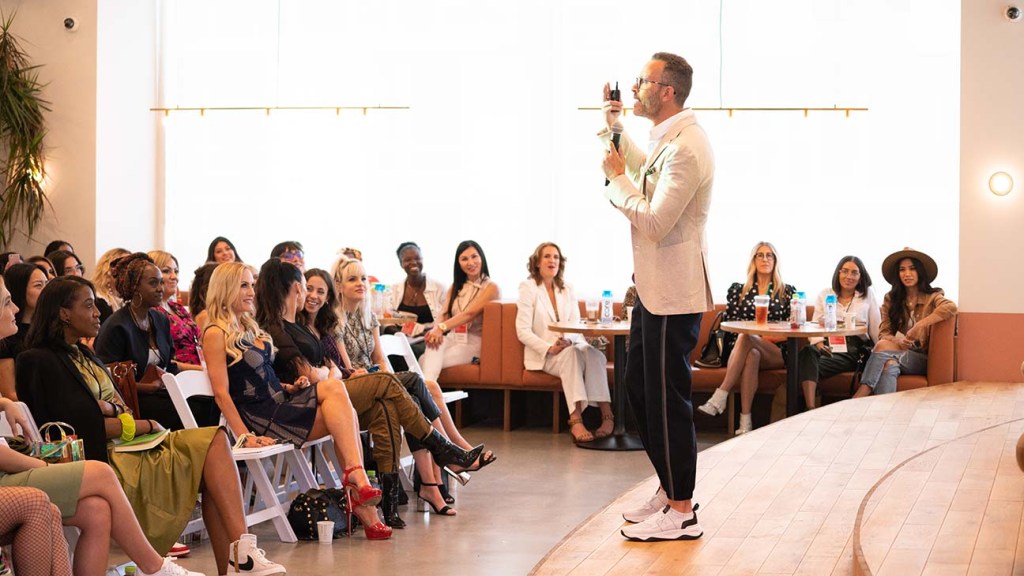 Looking effortlessly pulled together in a beige blazer and white shirt paired with dark jogger pants and white sneakers, Weitz spoke about how style impacts everything from first impressions to the perception of the quality of one’s work. To button up this theory, he recalled morning meetings at WME’s war room conference table.

“I used to sit there every meeting and make a list including everybody around the table who I thought needed style,” said Weitz. “My book filled up so quickly. It got to a point where my colleagues started coming to me for style advice and I was nervous to give it.”

His clients also noticed how he was presenting himself and asked him for help; their style transformations helped to boost their careers.

“The crazy thing is, my talent clients were booking more roles, getting more auditions, getting more meetings. They were in a whole other mindset. I had casting directors and producers sometimes call me to say, ‘Who was that person who you just sent in?’ And then when I told them, one in particular, they freaked out. They couldn’t believe it. It’s almost like a makeover, but it’s not … you are enhancing who they are.”