Pick a name in Hollywood, any name, and chances are they’ve been to the fishing village turned luxury retreat called Punta Mita. Leonardo DiCaprio? Brian Grazer? Gwyneth Paltrow? Beyonce? Richard Gere? Jennifer Lawrence? Lady Gaga? David Duchovny? Jennifer Aniston? All are vets of Mexico’s uber-private gated peninsula development, though they’d rather you not know any of that, working hard to keep under wraps as many monikers as possible. In the verdant Riviera Nayarit — 45 minutes from the Puerto Vallarta International Airport (two hours from LAX), with a private terminal for private and chartered planes and jets — is a veritable Eden with an average of 345 days of sunshine annually.

Within about two square miles, or 1,500 acres, are almost nine miles of perfectly sugary beaches, most of them private, and along the coastline at least a half-dozen surf breaks where Lady Gaga has been snapped practicing her longboard skills. There are many draws, but one is the environment — protected as a reserve, there are vivid birds, wild boar, colorful fish, humpback whales and sea turtles around. The peninsula offers up both breathtaking sunrise and sunset views, depending on the place you’re staying, with easy access to a trio of private beach clubs — a fourth is on the way! — via the preferred method of transportation: golf cart. The swimmable Pacific waters are so clear you can see your pedicure, and the Sierra Madre Mountains and Instagrammable Islas Marietas (a popular boating excursion, as Eva Longoria knows) provide an ideal backdrop. 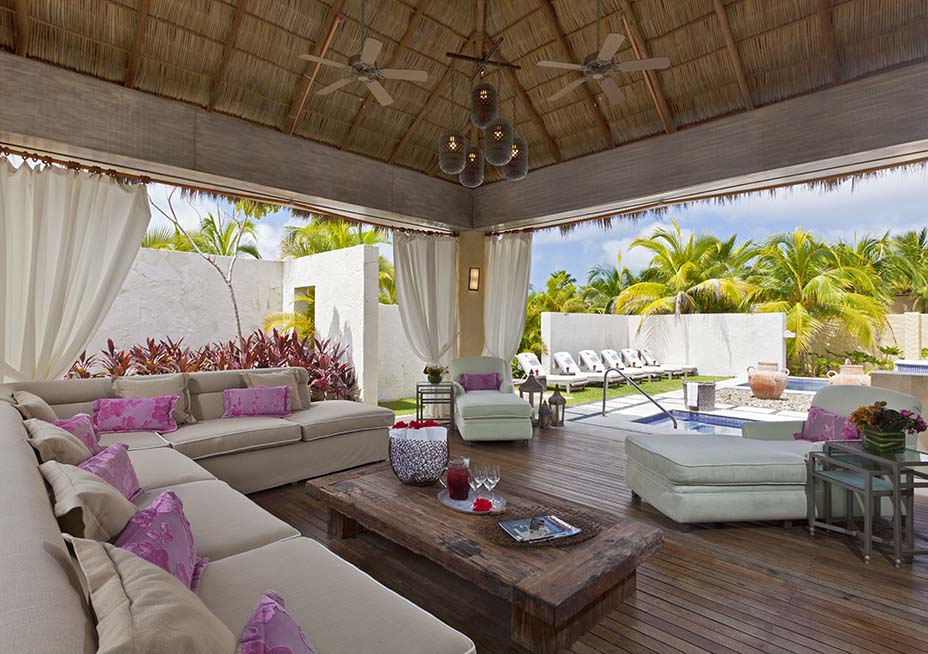 It’s not only Hollywood that has caught on to the bounty and beauty of the Nayarit coastline — five-star brands Rosewood, Fairmont, One&Only, Ritz-Carlton and Auberge (the latter right outside the Punta Mita gates) are all working on new resorts slated for the coming years, while Conrad Playa Mita is expected to open this year. The area’s rising profile is drawing more restaurants to the dining scene both in and outside the gates. 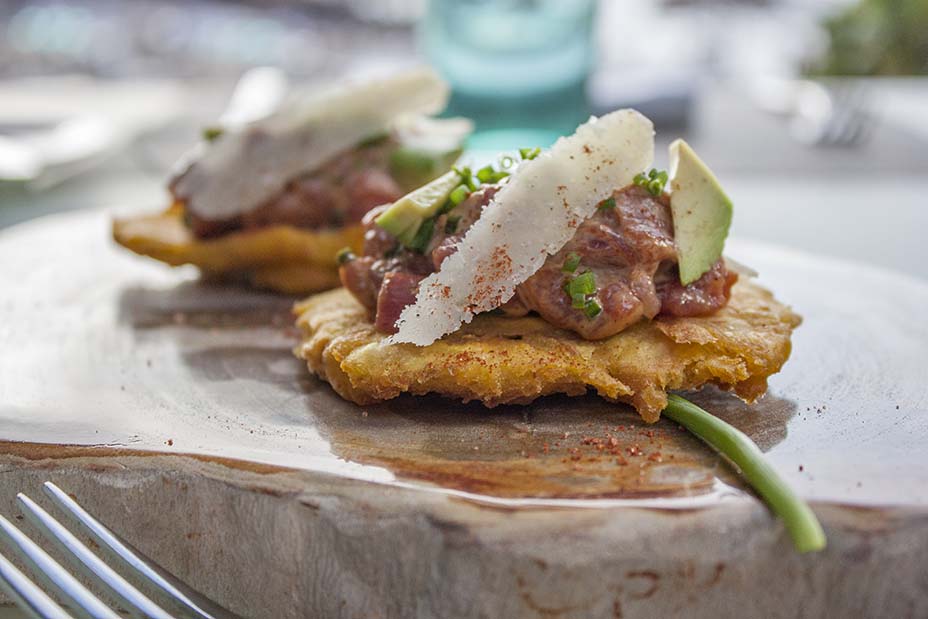 And those multimillion-dollar villas? Many of the estates come with private chefs. The Joe Francis-built Casa Aramara has a reputation for being stars’ favorite. Vince Vaughn, Aniston, Longoria, Demi Moore, Orlando Bloom and Selena Gomez have apparently called it their home away from home (rates begin at $12,000/night), as well as reportedly Kim Kardashian and Kanye West for their second honeymoon, during which the former did a lot of sunbathing by the pool, recorded on Instagram.

Gwyneth Paltrow celebrated friend Crystal Lourd’s 50th birthday a few years ago by partying at Casa China Blanca, which appeared as a location for Bradley Cooper’s Limitless and Matt Damon’s Elysium. Ludacris and his wife, Eudoxie Bridges, have stayed at both the super-chic Casa Koko, designed by a powerhouse father-daughter Mexican design team (from $5,000/night), and Casa Tau (a 12-bedroom villa that goes for $12,960/night) on two separate trips in the last year.

The glittery guests of Casa Koko enjoy luxury sailing trips, jungle zip-lining adventures and snorkeling trips. There are two Jack Nicklaus Signature golf courses, including the Pacific course with its famed Tail of the Whale hole, the only natural island golf green in the world, the path to which disappears at high tide — where Michael Douglas and Catherine Zeta-Jones have taken part. The Punta Mita Ocean Sports Program offers a slew of activities and experiences: snorkeling, diving, surfing, tennis, mountain biking, hiking, sailing, kayaking, SUP and foil surfing lessons. 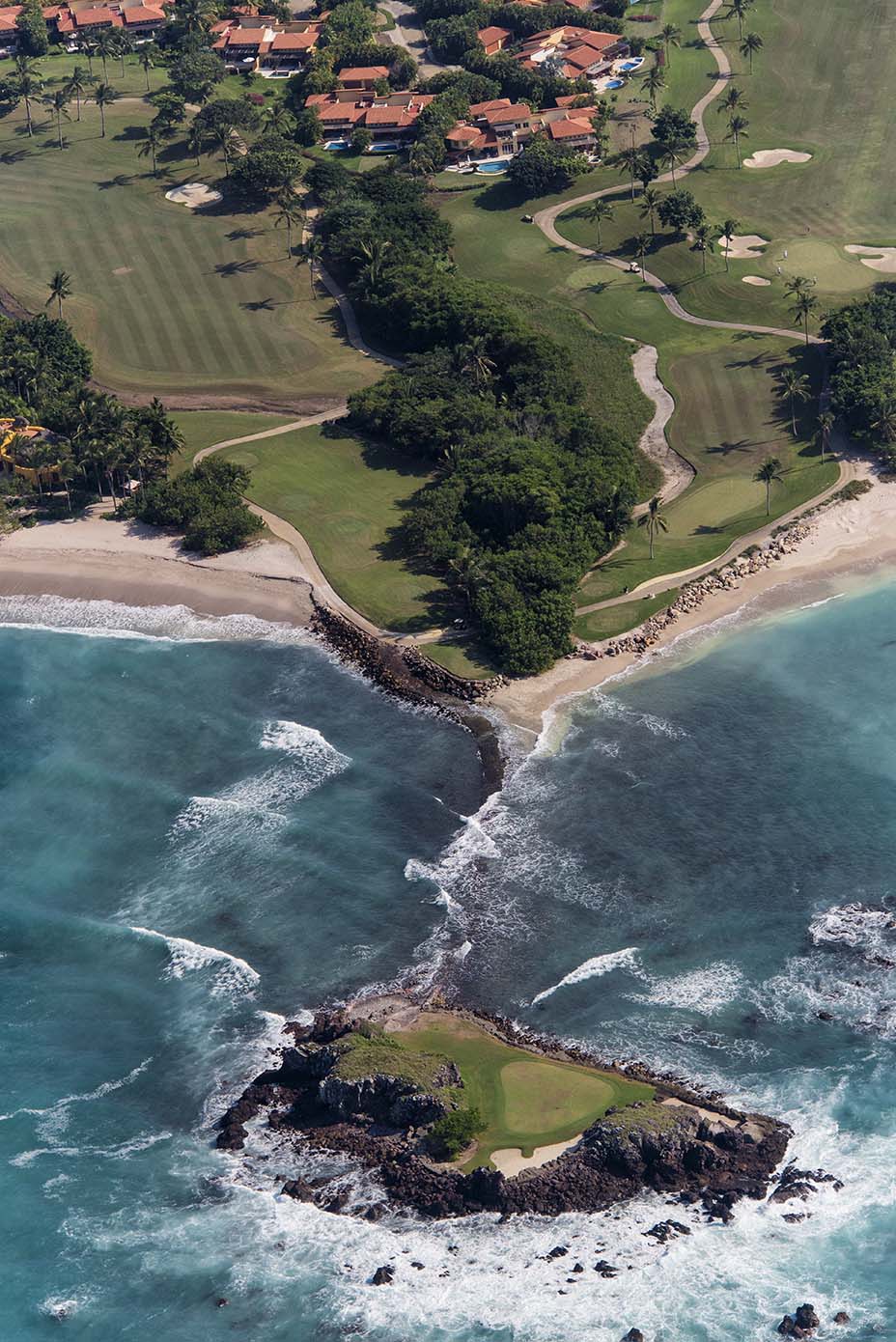 For those not requiring a full villa, Four Seasons Resort Punta Mita is the overwhelming five-star choice (Bill Gates’ Cascade Investment is the owner). Sandwiched between two postcard-worthy beaches, with a rocky outcropping between them perfect for private starlit dinners, it is beloved by the likes of Halle Berry, Longoria, Jessica Simpson and hubby Eric Johnson (they honeymooned there) and Gomez, who stayed this summer for her cousin’s bachelorette trip. A favorite is the five-bedroom Coral Suite, which at $20,000 to $30,000 per night comes with a butler, a pair of pools, an entertainment center and a private beach. Manicures, pedicures, private chefs, scuba diving training — you name it, they can bring it to the suite.

Apuane Spa pampers with a Chakra Balancing Ritual, the ultimate scrub, massage and sound healing experience. Its restaurants, too, are a draw for getting out for a night — Aramara provides delectable tastes of Asia (the can’t-miss is the Hot Rock) along with live music, while Richard Sandoval’s Bahía doles out ultra-fresh fish alongside front-row seats to the sun setting over the Pacific, and the new Dos Catrinas does Mexican cuisine justice.

Hands-on guests can enjoy sea foraging experiences with the executive chef by collecting urchins and seaweed before cooking it up. Similarly, they can go octopus-spearing and have the chef cook their catch. Or book an excursion at the La Cruz Sunday market, followed by a cooking class. 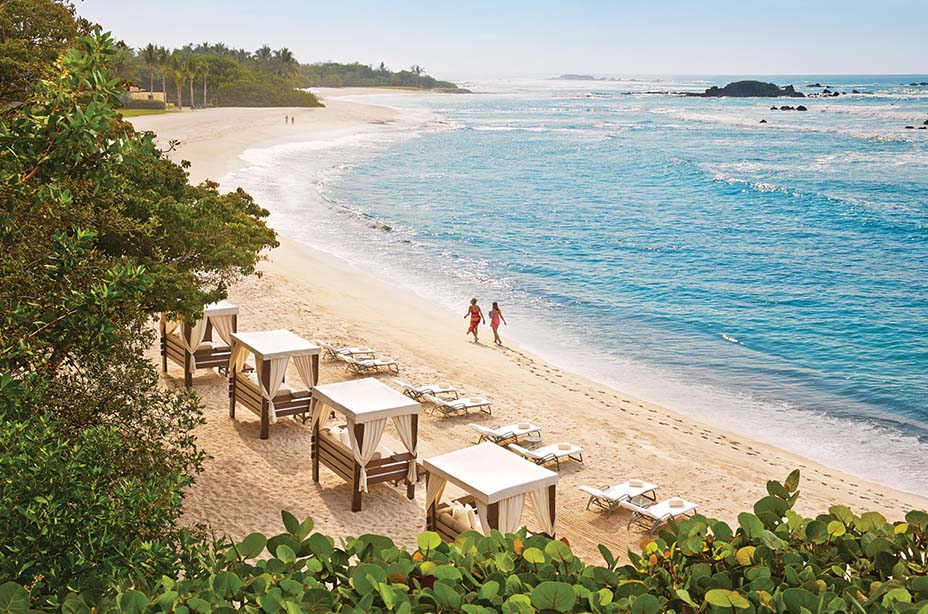 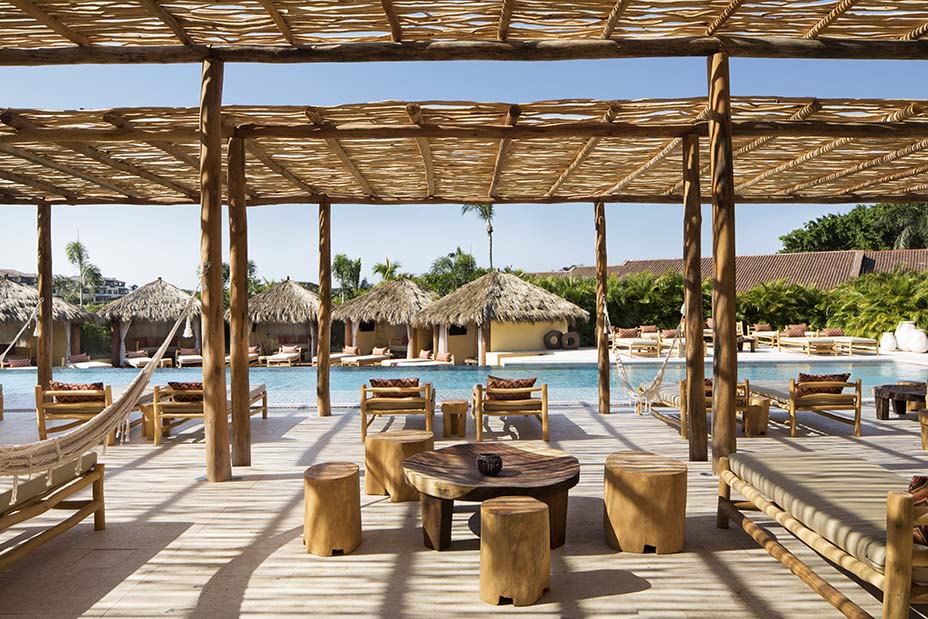 The St. Regis Punta Mita Resort, too, attracts stars with its 120 luxe suites, each with its own butler. When Lawrence stayed, she tested out her Hunger Games skills during an expedition with SpearMex, a favorite luxury spearfishing and sport fishing operation that takes guests out for private sessions as well as freediving lessons.

A trip to Punta Mita is not complete without a jaunt to the “pueblo mágico” of Sayulita, where Douglas and Zeta-Jones spent a “marvelous” Thanksgiving and Gomez recently took part in a photo op beneath the famous strings of rainbow-colored flags. If Punta Mita is all about world-class cuisine and sun-drenched outdoor pursuits, Sayulita is about shopping and surf. For drool-worthy artisan home decor, those in the know seek out Evoke the Spirit, while colorful trinkets and duds can be found at Revolution del Sueño and linen everything at Coyucci. Palu, meanwhile, is an adorable Airstream-turned-gallery for happy local art. Charmed by Punta Mita and beyond, it’s hard to leave without something to continue warding off that stress. 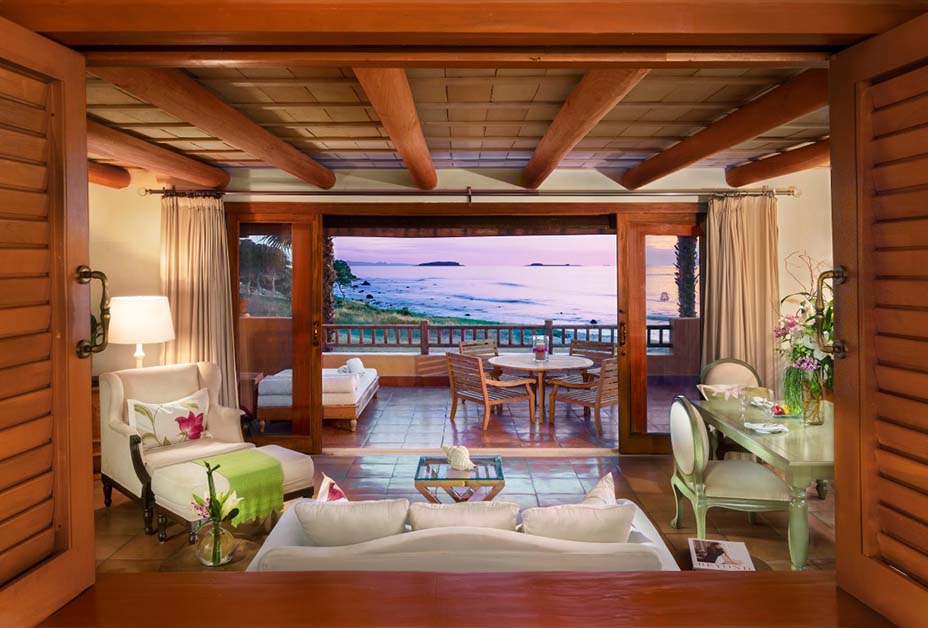