I remember one day literally putting breast milk in an Uber from set and having it sent to the house,” says Grace & Frankie actress June Diane Raphael from a zero-scaped Hancock Park garden. Nearby, movers and painters transform a 1924 cottage-style home into what will soon be The Jane Club, a members-only refuge tailored to the needs of a working Hollywood mom like Raphael, with a screening space, recording studio (in a reconfigured bedroom closet) and even a place for children under the direction of Books and Cookies creator Chudney Ross, daughter of Diana Ross.

When Raphael, 38, and her co-founder, producer Jess Zaino, 41, met at a 2016 political gathering, the two discovered a shared passion to address the emotional and logistical struggles of balancing professional obligations with parenthood: “I found my transition to motherhood to be shocking, lonely; when work was added to it, I really struggled,” says Raphael, who has two children, 1 and 3, with actor/writer husband Paul Scheer. “It was my community that got me through.” Community is the core of The Jane Club mission, adds Scott. “Where there is sisterhood, there is support,” she says. “Other women to celebrate our successes and offer empathy and help in our struggles.”

Together, Raphael and Zaino decided to create a “matriarchal oasis” where work and self-care are both high on the menu: Along with customizable office amenities, meeting areas and a breastfeeding space, the club will offer blowouts, Botox, manicures, yoga and dance classes, even laundry services. There’s also an on-demand supply of coffee, juices and wine, to be enjoyed in solitude or in the company of others. “When they enter the door, one of the first things we ask is if any devices need to be charged,” says Zaino. “And at the end of the day they can take home prepared dinners for their family” — by placing orders through the Club with Lisa Rotundi’s Organic Families LA. 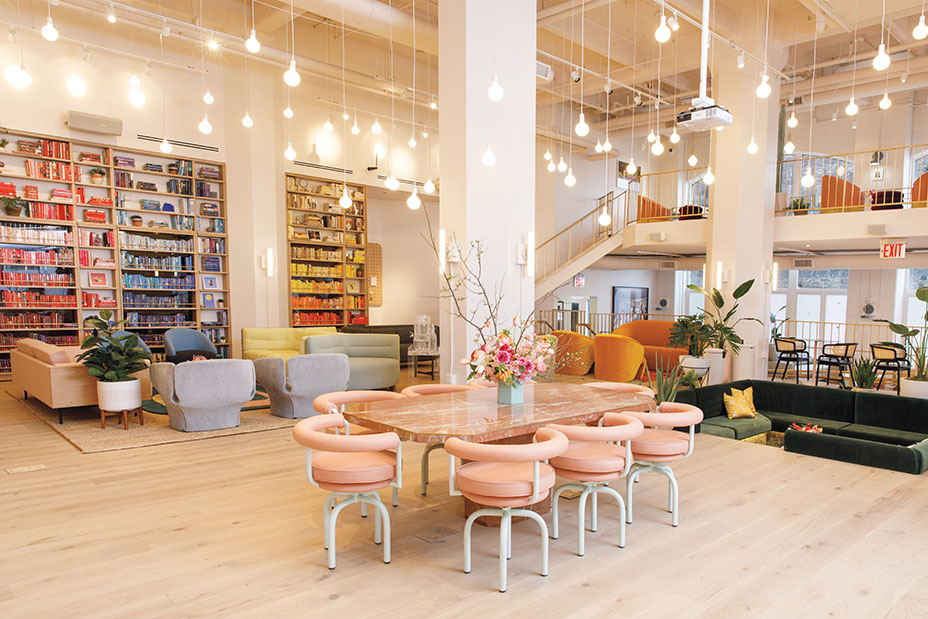 The Jane Club enters a booming women’s workspace market: Hera Hub, expanding on both coasts, The Riverter in Seattle and The Hivery in Northern California all opened in the past two years, while New York-based The Wing, which on April 3 announced plans to open an L.A. outpost, is one of the fastest-expanding options with its pink Instagram walls and rainbow-ordered libraries. (The Wing also is currently under investigation by the New York City Commission on Human Rights for possible discrimination violation with its “women only” policy.)

Named for Nobel Peace Prize winner Jane Addams’ women’s club Hull House (founded in 1889 and referred to at the time as The Jane Club), L.A.’s Jane Club differs from much of the competition in that it’s located in a 2,300-square-foot house (reimagined by designer Erin Fetherston), not a commercial space. Plus it has The Nest: a structure located behind the main house where children up to age 3 can enjoy organic meals and “age-appropriate experiences” under the care of trained professionals.

“Knowing that I can have a beautiful, separate space to work, that I can see my kids in an instant — be there if they get sick, not worry about drop-offs, pickups,” says Decker, “I know it will make me a more efficient and productive worker.” Rogers sees a similar benefit. “I want to be able to see those shining little faces of mine while I negotiate the terms for my next big endeavor,” she says. “And I want to look around at a room of women who do not judge me but genuinely cheer me on, not because we are the same or because we always have to agree, but because it’s all OK.”

Fees range from $750 a month up to $3,150, with varying access. Membership will cap out at about 40 women. “We’re breaking down the granular details of ‘She can do it all,’ to better meet the needs of working moms,” says Raphael. “It’s not about perfect pictures of your kids; it’s about really recognizing the fullness of the lives women and mothers lead and supporting them.” 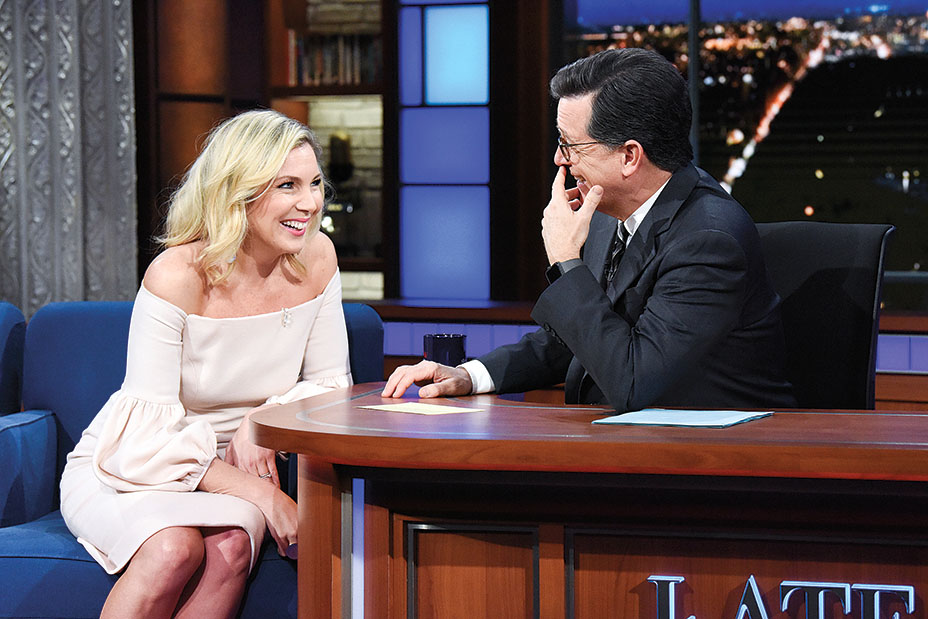 A version of this story first appeared in the April 4 issue of The Hollywood Reporter magazine. To receive the magazine, click here to subscribe.