When trying to find funding for an East Los Angeles-set Latinx superhero movie, veteran filmmaker Joe Carnahan took meetings with all of the usual studios, production companies and financiers. Carnahan, whose directing credits include The Grey, Smokin’ Aces and Narc, wrote El Chicano on spec with longtime stunt performer Ben Hernandez Bray — making his feature-directing debut on the project — and teamed with Lorenzo di Bonaventura and actor Frank Grillo as producers. “Everyone passed,” says Carnahan, who remembers one studio note in particular: “If you could figure out a Caucasian influence, that will help its prospects.”

Carnahan and team instead turned to Canada to find funding with first-time financiers. “It took a bunch of Canadian hockey fans to get behind an all-Latino movie set in East L.A.,” Carnahan says of the $8 million project, which stars Raúl Castillo and George Lopez. Tom Ortenberg will distribute the film via his Briarcliff Entertainment to roughly 1,000 theaters during Cinco de Mayo weekend.

Carnahan’s experience illustrates a lingering issue as Hollywood embraces a new era of inclusivity: While Latinx moviegoers remain frequent and consistent ticket buyers, the demographic is disproportionately underrepresented onscreen in studio features. In 2018, Hispanics made up 18 percent of the U.S. population and 24 percent of the annual box office’s frequent moviegoers, according to the MPAA. The demo is outpaced only by Caucasians as frequent moviegoers (at 53 percent), but it made up the highest annual attendance per capita, ahead of white audiences, going to the cinema an average of 4.7 times that year. Yet Latinx characters made up only 5.2 percent of the speaking film roles in 2017, according to UCLA’s most recent Hollywood diversity report. “[Hollywood] is not keeping up with population growth,” says Benjamin Lopez, executive director of the National Association of Latino Independent Producers. 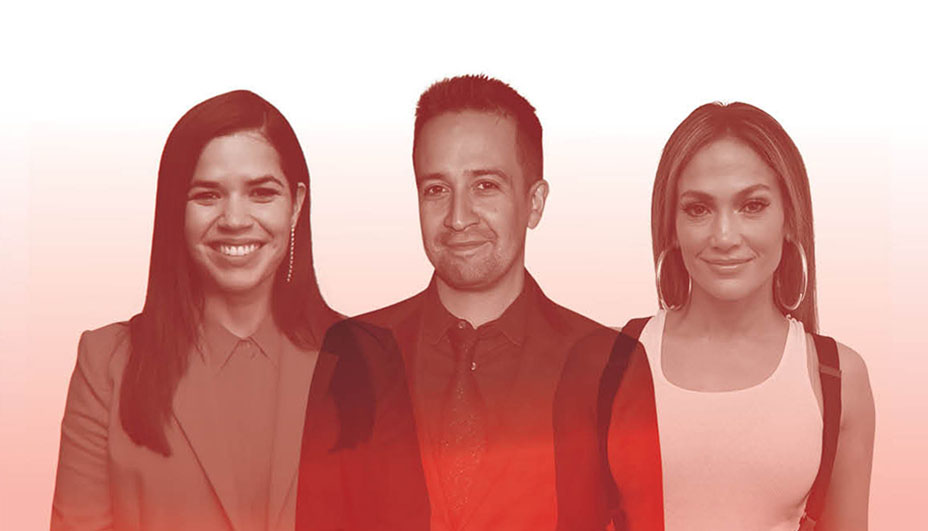 As is the case with many representation issues, studio insiders say the lack of Latinx movie stars is rooted in industry preconceptions and broader cultural stereotypes that die hard. And because the Latinx audience is considered a loyal and unwavering force at the box office, there is no pressing need to program for that audience. As one studio exec puts it, Latinx moviegoers are “a sure thing.”

Additionally, one of the most enduring misconceptions in Hollywood is that Hispanic audiences are still viewed as largely non-English speaking. “But for Latinos, the majority of the population is not foreign-born and our current population skews younger. They are completely bilingual or English-dominant,” says Dr. Ana-Christina Ramón, one of the architects of the UCLA diversity report. And like Asian audiences, domestic Latinx moviegoers represent cultures from multiple countries, which can be a stumbling block when it comes to programming. “It’s very frustrating for the money people trying to get a crossover hit for the entire Latino audience — the audience doesn’t have the same type of common experience,” says longtime television writer- producer Javier Grillo-Marxuach.

“You can thank us for The Fast & the Furious franchise success, that’s for damn sure,” says Lin-Manuel Miranda. “I don’t know a Latino person who hasn’t seen all of the movies.” Indeed, the Universal series has long been heralded for the diversity of its cast and how it markets to Latinx audiences. For the most recent installment in the franchise, 2017’s The Fate of the Furious, nonwhite moviegoers made up 60 percent of the audience, with Hispanic audiences leading the way with 26 percent of the total box office.

But when Latinx-themed stories are being made by the major studios, cultural representation is not always assured. A live-action Dora the Explorer movie headed by Isabela Moner and Eva Longoria is due out in July from Paramount, but the recent New Line release The Curse of La Llorona, based on Mexican folklore, was led by Linda Cardellini. (Hispanic audiences still made up 49 percent of that movie’s $26.4 million opening.)

Even when Latinx roles become available, the lack of a deep talent pool of proven stars makes robust representation a challenge. “People don’t enter industries where they feel like they’re mostly going to be shut out,” says America Ferrera, who recently received a series order for her Latinx drama Gentefied from Netflix.

“For many years we have had Jennifer Lopez, and that is really it,” adds Ramón. “Our most successful actor in terms of box office is [Guatemalan] Oscar Isaac, but I don’t think audiences automatically think of him as a Latino actor.” Ramón notes that many of the Latins who have led studio features in the past — like Diego Luna (Rogue One) or Salma Hayek (Frida) — are global stars, not U.S.-born. “We really don’t have someone that is clearly identified as a Latinx movie star,” she says.

Compounding the problem is a notable lack of big-name directors who would facilitate star-making. “We have our Mexican directors that [studios] love,” says Ramón, like Mexican Oscar winners Alfonso Cuarón, Alejandro G. Iñárritu and Guillermo del Toro. “But there is not a U.S.-born director that has broken through and made a big splash like Robert Rodriguez.” But with up-and-coming helmers like Carlos López Estrada and Janicza Bravo coming out of Sundance, NALIP exec Lopez argues it’s past time for Hollywood to give them a chance. “The Latino Damien Chazelles are here,” he says. “It is just a question if we can give them a budget and the property.”

Many are pointing to Warner Bros.’ 2020 adaptation of Miranda’s musical In the Heights as a possible watershed moment. “Latino audiences are not a monolith. We come from 32 different countries,” says Miranda. “At the same time, there are moments when we are united. We saw that happen with Asian and Asian American audiences with Crazy Rich Asians, and I’m optimistic that will happen with In the Heights.”

Adds Ramón: “Stars are made. A studio has to take a chance, like they do all the time with white actors.” 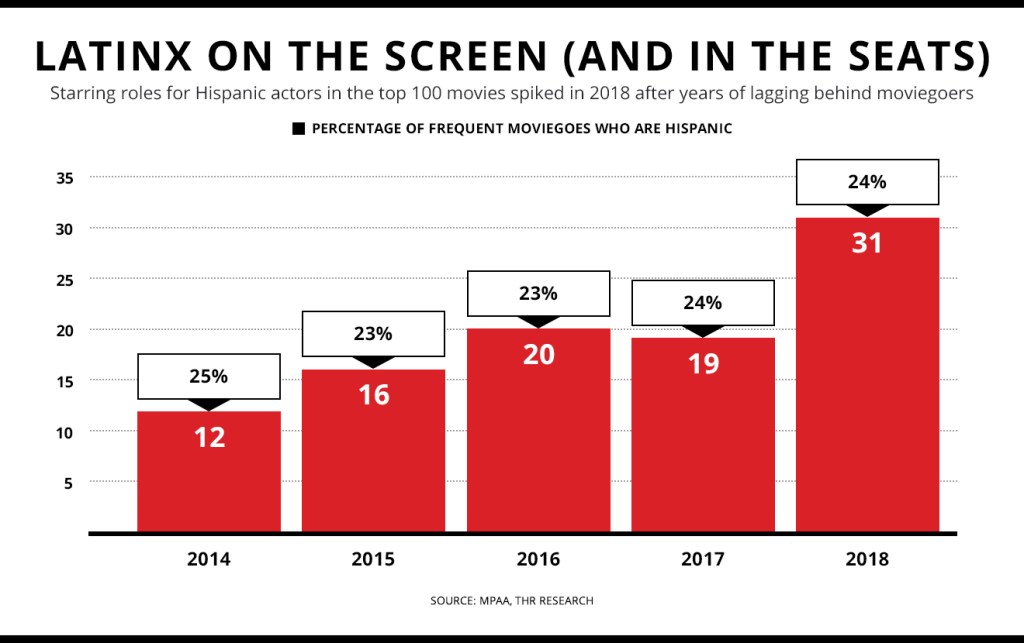