From Ronald Reagan co-star Bonzo to the Today show’s J. Fred Muggs and Bear in B.J. and the Bear, chimpanzees have been appearing in movies and on TV for more than eight decades. That all but came to an end in 2018, the year that Eli, the last chimpanzee professionally trained to act in Hollywood, appeared in his final movie, the Bollywood film Zero. Eli — whose key trick was taking someone’s glasses and putting them on — is now awaiting placement in a forever home.

Having been let go by Working Wildlife (which specializes in providing exotic species for entertainment productions), he was dropped off in March at a financially struggling nonprofit sanctuary near Angeles National Forest, just outside of Los Angeles. The facility shut down in August, and Eli and more than 40 other chimps, many of whom arrived from research labs, have since been under the on-site care of the California Department of Fish and Wildlife. “We are currently in discussion with a high-quality facility that may provide a permanent home for Eli,” says Kirsten Macintyre, a spokeswoman for the state agency.

The 9-year-old chimpanzee’s transition out of the business, as typically occurs when the species reaches adolescence, is part of a larger trend away from using real wild creatures to “act” onscreen. (While chimps, orangutans and elephants are being phased out, it’s still mostly business as usual for species like big cats and bears.)

A mix of factors accounts for the shift, including the adoption of believable CGI (Planet of the Apes, The Lion King) as well as high-profile credibility issues involving the industry’s on-set animal watchdog, the American Humane Association. Arguably the strongest influence has been a relentless pressure campaign by animal-rights activists. “They made it happen,” observes Barbara Casey, the head of another industry regulator, Movie Animals Protected.

Eli — who appeared in commercials (Microsoft), music videos (One Direction) and the occasional TV show (TBS’ Angie Tribeca) — saw his own output curbed by the effort, with a Geico ad pulled and scenes from a season of MasterChef Junior cut. PETA primate expert Debbie Metzler is proud of the result. “A decade ago, there were at least a dozen chimpanzees working,” she says. “Now there are zero.”

At least, there are zero with Hollywood training. Productions willing to risk the ire of activists can still secure chimps from several private companies around the country that teach them circus-style tricks. These include Chance, who appeared opposite Leonardo DiCaprio in 2013’s The Wolf of Wall Street.

To conceptual artist Alex Israel, whose practice often probes the mechanics of the entertainment business, including its props and sets, Eli represents the end of an era. For one project, Israel photographed Eli in a Malibu mansion, interacting with other artists’ works — including Damien Hirst’s pickled, vitrine-based piece Black Sheep. “He definitely connected with it, looking up close through the glass, interested in what it was and why it was there,” notes Israel. On Jan. 15, at the Gagosian Gallery in London, Israel will unveil a portrait of himself with Eli that references the Jeff Koons sculpture Michael Jackson and Bubbles. Israel calls Eli “really such a star, full of charisma,” adding that the chimpanzee loved candy. “I think they fed him M&Ms or Skittles or gumdrops. He would be given candy as a reward for holding still for a photo or doing a trick.”

Eli, who was born at a commercial breeding facility in Missouri, also is the subject of an upcoming documentary, The Last Chimpanzee, from director Tanner Kling of Retrofit Films. He met the animal on the set of a shortform series that had been slated for Verizon Go90 before the streamer went belly-up. Kling went on to follow him through production on the Bollywood film, now available on Netflix. Says Kling of Eli, “His strength as a performer was a gentle, easygoing nature.” 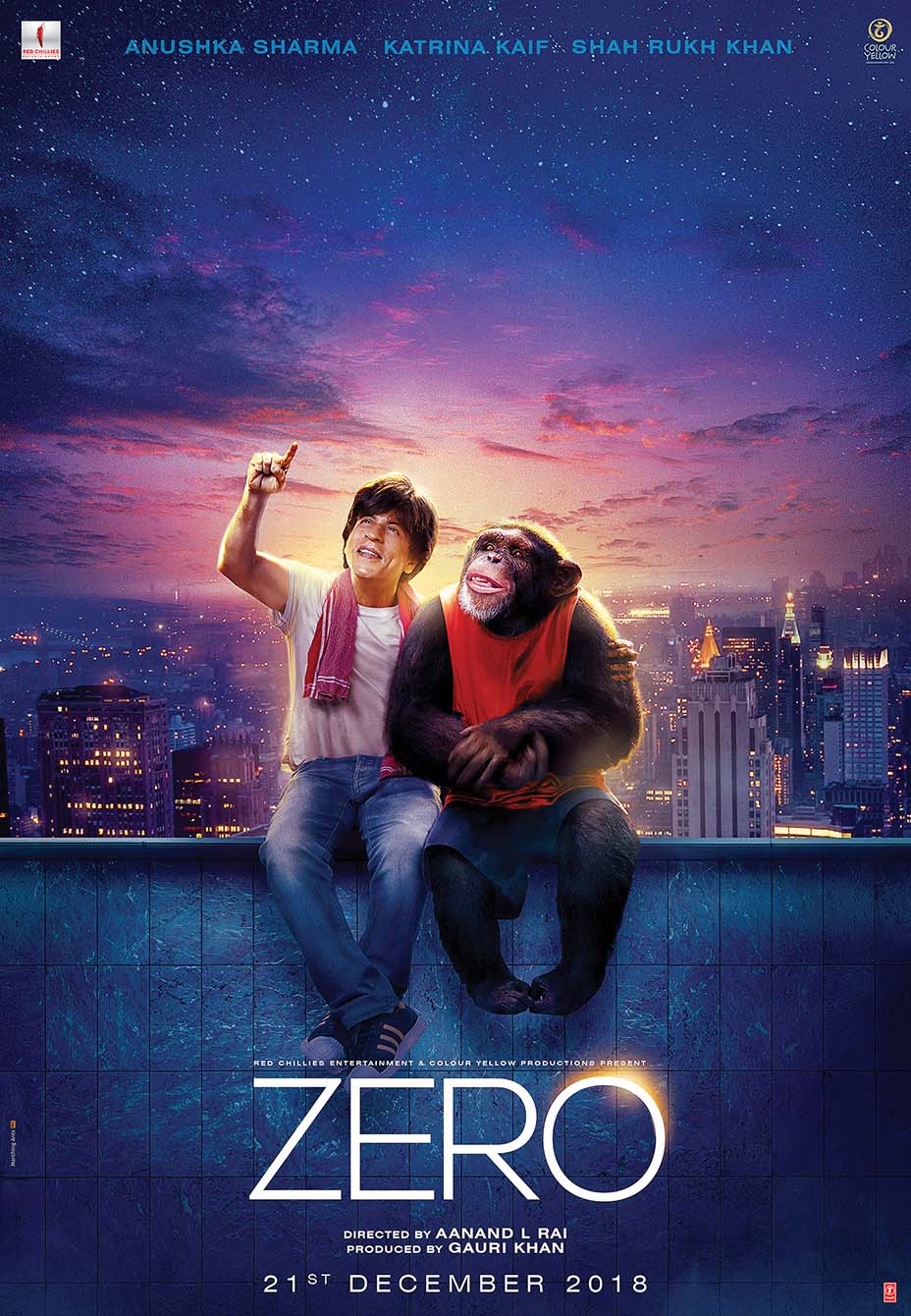