Eiza Gonzalez’s road to portraying the bank robber Darling in Edgar Wright’s Baby Driver (out June 28) began when, at age 12, she sat her mother down for a serious talk. “I told her I’d made a decision for my career and I was going to be an actress,” she says. Her mom, who runs a modeling agency in Mexico City, had placed Gonzalez in acting classes that year, an attempt to help her cope with the death of her father in a motorcycle accident.

“When my father passed away, my mom didn’t really know what to do and how to deal with it for me, so she put me in extracurricular classes, one of them being theater,” says Gonzalez.

Booking her first lead role at 16 — on a teen musical telenovela — she went on to star on other telenovelas before landing an English-speaking part on Robert Rodriguez’s TV series From Dusk Till Dawn, playing Santanico Pandemonium, the role Salma Hayek played in the original film.

“It was a cultural shock,” she says of working on a U.S. show. “I came from a machine where you’d shoot 30 scenes a day. I shot maybe 600 episodes? I don’t even know. I can memorize three scripts in one day because, back then, I would memorize 100 pages for a one-day shoot.”

Now based in Los Angeles, Gonzalez has plenty of memorizing to do in the busy year ahead. She’ll soon be seen in Baby Driver, which also stars Jon Hamm and Ansel Elgort and had a buzzy premiere at SXSW.

“I remember hearing about the script for a while because it was presented as more of an experience,” she says of Wright’s project. “It came with a playlist and you had to play it while reading the script. The music becomes a character of the movie.”

Gonzalez describes Darling as “sort of a space cadet, ex-Vegas-maybe-stripper character. You never know what you’re going to get with her.” She adds: “Darling jumped out to me because of the psychology behind being the only female bank robber. She is equally as strong and driven and unafraid as everyone else.” 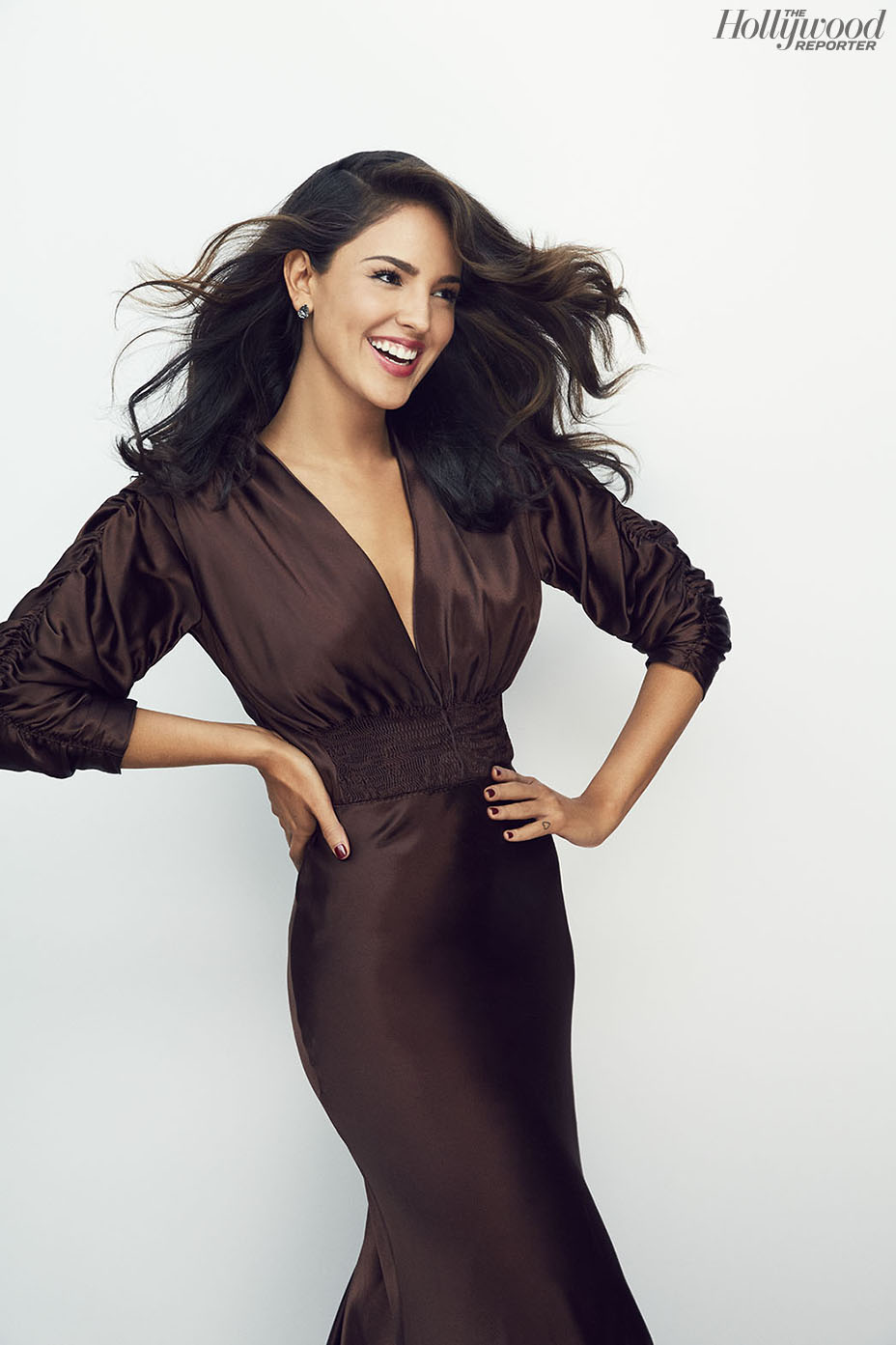 Gonzalez will next be seen in Fox’s Alita: Battle Angel (helmed by Rodriguez) and will then soon shoot Robert Zemeckis’ next project, with Steve Carell and Janelle Monae.

“I’m really drawn to strong female characters,” she says. “My mom was that for me, raising her children by herself. To me, that’s all I’ve seen my whole life in my family: very strong women.”

She adds: “I want Latinos to be seen as the hard-working people that we are. We’ll take the hardest jobs that no one wants to take and we’ll do them with dignity,” says Gonzalez.