Joe Alwyn had never stepped in front of a camera before auditioning for the highly coveted lead in Ang Lee’s literary adaptation Billy Lynn’s Long Halftime Walk. A student at London’s Royal Central School of Speech and Drama, he tried out for the Oscar-winning director in New York and was about to board a return flight when Lee, who was having trouble casting his lead, asked him to head to Georgia instead. There, Alwyn tested out the 120 frames-per-second technology, the first of its kind to be used for a feature. He landed the gig a few weeks later.

“It happened incredibly quickly,” says Alwyn, who left college early (he has since graduated) to play the titular character, a soldier who, after a harrowing Iraq battle, is sent on a U.S. victory tour that ends at the Dallas Cowboys’ Thanksgiving game.

“In many ways, he’s a long, long way away from me,” says Alwyn of playing Lynn. “I’m from London, and he’s a Texan soldier. But at the heart of it, the story is about a boy finding his place in the world. Although that takes place within this framework of this halftime show and the war and all these bigger things swirling around him, its heart is something very relatable.”

Ahead of filming, Alwyn — who next stars in A Sense of an Ending opposite Michelle Dockery and Charlotte Rampling — and the actors playing his fellow soldiers went to Georgia for a boot camp run by former servicemen. “There was no contact to the outside world; our phones were taken away,” he says. “As much as it taught us military tactics and how to use weapons, we also bonded as a unit.”

Alwyn and the rest of the cast were the first to work in the new 120 frames-per-second format that Lee used for the film. “I think the idea is the clarity of the image and the high frame rate makes the picture so incredibly clear. You can see right into the actor’s eyes and into their soul,” he says.

Because Alwyn had never worked on a film before, he says he didn’t see the experience as as big of a change as other members of the cast may have (Kristen Stewart, Vin Diesel and Garrett Hedlund also star). 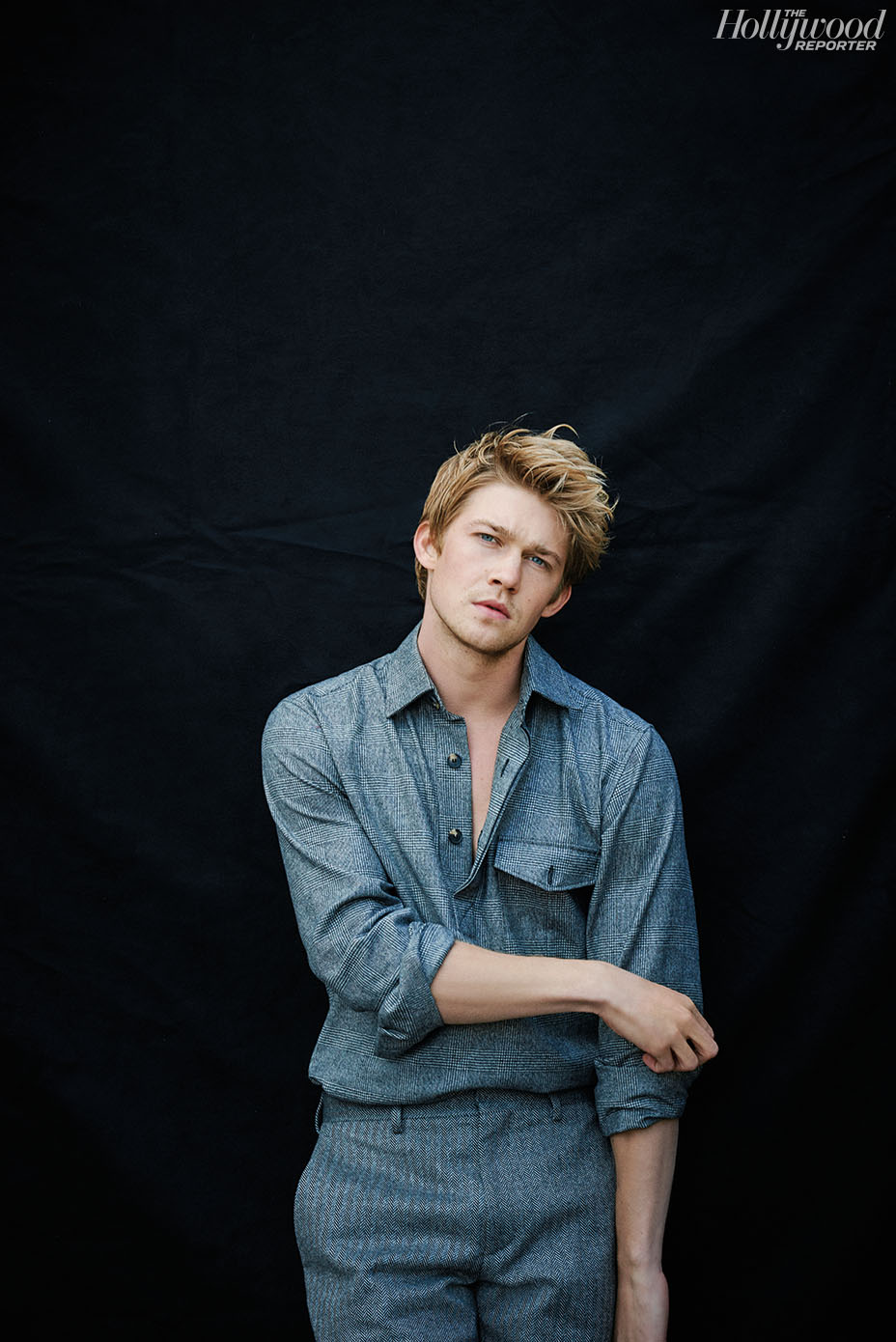 “But at the same time, I could tell it wasn’t a usual experience and the usual set. These cameras were absolutely huge, and often would be centimeters away from your face. — you couldn’t see the other actors,” he says, adding that the actors had to wear little to no makeup because the cameras could pick it up. “Everyone was finding their way in it and testing how it worked. We were all guinea pigs together.”

Based on a Ben Fountain novel, Lee’s drama (which bows Oct. 14 at the New York Film Festival and hits theaters Nov. 11) raises questions about war, the care of veterans and U.S. involvement in conflicts abroad. “I think of the film and book as an anti?war, pro?soldier story,” says Alwyn, whose father is a documentarian and mother a psychotherapist. “Talking to people who have served was eye-opening and left me with a huge amount of respect for what they do.”

A version of this story first appeared in the Oct. 21 issue of The Hollywood Reporter magazine. To receive the magazine, click here to subscribe.