On Nov. 16, 1990, an unlikely holiday blockbuster premiered about a precocious 9-year-old boy accidentally left behind by his family who is able to (hilariously) thwart two bumbling robbers from burglarizing his sprawling suburban Chicago house.

Home Alone would become one of the biggest comedy box office hits of all-time (worldwide gross of $476.6 million on an $18 million budget) and forever be a Christmas staple, in the process turning Macaulay Culkin into one of the biggest little stars on the planet.

Now, 30 years later, Senta Moses Mikan who at 16 played Tracey McCallister (in the family tree she is Kevin’s cousin who tells an undercover Harry (Pesci), “Yeah, but they don’t live here,” when asked whether her parents were home) shares some of her fondest memories of making Home Alone.

“I remember Catherine O’Hara entertaining us with dolphin sounds. Like, very loud dolphin sounds — a hidden talent of hers that needs to be brought to the surface!” Mikan says. Home Alone was among her first Hollywood projects, but Mikan has a long film and TV résumé, including roles in My So-Called Life, Beakman’s World, Faking It, and, most recently, Little Fires Everywhere. Be Brave Media and Marasco Media just optioned a single-camera comedy pilot she wrote.

Tracey has some of the first lines of dialogue in Home Alone, including the exchange with Pesci, whom Mikan remembers as “sweet” to the kids — although he struggled to watch his mouth around them.

“Joe tried really hard not to drop F-bombs in front of us kids,” she says.  “Sometimes he’d slip — and we thought it was hysterical, because, well, we were kids. But Chris [Columbus] gave him an alternate word to use around us. I think it was ‘fridge.’ I remember him being kind of goofy, always using his tongue to mess with his gold tooth in between takes,” Mikan recalls. 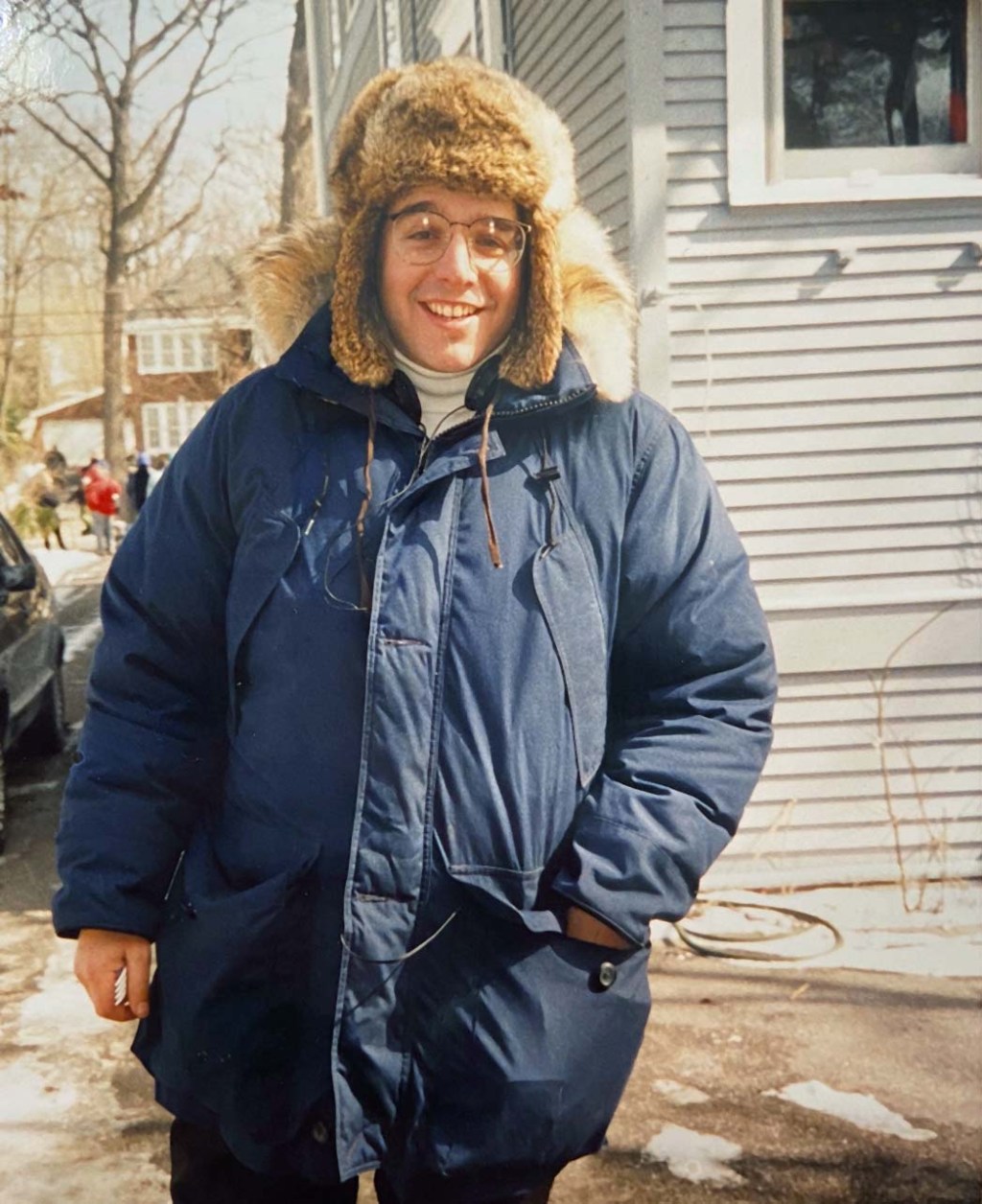 The Little Nero’s Pizza the family chows down on before leaving the next day may have looked appetizing, but Mikan says it was actually “cold and gross.” And as for her gruff screen dad, Frank, played by Gerry Bamman, Mikan reminisces, “I loved him. He was so funny and dry. And nothing like the character of Uncle Frank, which is just a testament to his unbelievable acting skills. Gerry was really good with us kids. They all were.”

She continues, “Looking back, I can’t even imagine being an adult trying to work in that environment. It was a three-ring circus most of the time! Although I don’t remember a single moment when anyone lost it. I’m going to credit Chris with that one. He was patient and kind and really kept the mood light and fun the whole way through. There was a lot of laughter on that set. A lot of ridiculousness.”

As for her screen brother, 8-year-old Fuller, played by fan-favorite Succession star Kieran Culkin, the actress says great talent runs in that family. “Not a single moment was spoon-fed to him. He just did it and did it beautifully,” Mikan notes. “It is no surprise to me that he went on to do such incredible work. Although, I do have moments watching Succession when I think, ‘I can’t watch my little brother doing that!'” Macaulay Culkin and Pesci made headlines when they reprised their roles for Google Assistant ads in 2018.

One of the most difficult scenes in which Mikan was a part of was the family’s mad scramble through Chicago’s O’Hare International Airport trying to catch their flight to Paris. The scene is fairly short in the movie — but it took days to film, says Mikan.

“There were thousands of extras, all expertly choreographed so none of us would be in danger running at full speed through the American Airlines terminal at O’Hare,” the actress says.  “And we ran at full speed. Sometimes we’d bump into each other, like a multi-car pileup on the expressway, and just crack up laughing. I can’t speak for anyone else, but as a kid, I loved it. There were so many setups and narrowly missed moments of disaster, but to my knowledge, no one got hurt. And frankly, that’s a Christmas miracle.” 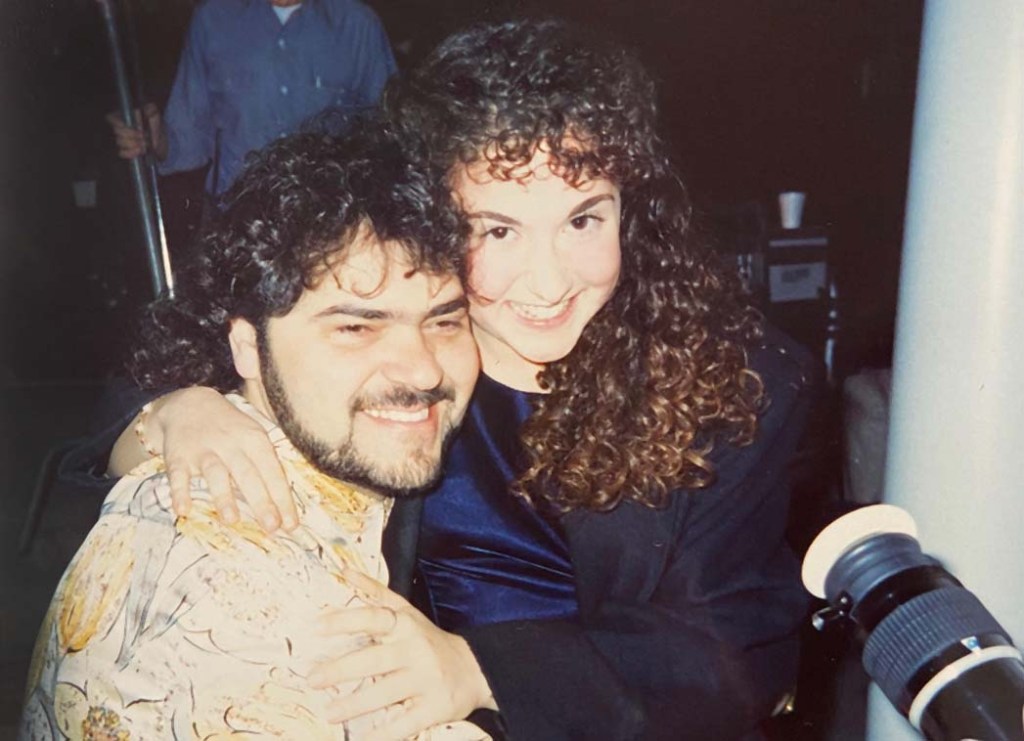 Mikan, who reprised her character in Home Alone 2, is aware of projects her assorted “family” members are involved with, but she does not keep in touch. However, Mikan does have a sweet story about the last time she saw John Heard. The beloved actor died suddenly in 2017 at the age of 71.

“About 10 years ago, I saw him sitting at the Peet’s Coffee on Ventura Boulevard in Studio City,” she recalls. “I walked up to him and said, ‘I”m sure you don’t remember me, but my name is Senta and I played your niece in Home Alone.’ He invited me to sit down and asked me how I was doing. We didn’t speak for long, but he was kind with my awkwardness. As a child actor, I’ve had numerous ‘I’m sure you don’t remember me’ moments, and they don’t always go as well as they did with John. And I think that says a lot about him.”

As for how often Mikan and her husband watch the film — it’s not in their holiday rotation. “Honestly, I think I’ve seen the movie maybe three times,” she says. “I find myself catching a scene as I flip through channels around the holidays trying to remember what was really going on behind the scenes. Where us kids hid our crafty snacks right offscreen, what lines made it very hard to keep a straight face, what song Devon [Ratray] was playing on the piano before they called ‘first team!'”

She continues, “Mostly, I’m just grateful that so many people love it and that it’s become a part of their holiday traditions. After all these years working in Hollywood, it still remains a highlight of my career and I’m so thankful to Chris, John, [casting directors] Janet [Hirshenson] and Jane [Jenkins] and the producers for casting me.”

Still, that is not to say Mikan doesn’t pay some homage to the film, noting, “On Christmas Eve our dog wears a T-shirt that says, ‘Merry Christmas, you filthy humans!’ So even he’s in on the tradition.”

Home Alone and Home Alone 2 are currently streaming on Disney+.