Sofia Boutella might not yet be a household name or even a recognizable face, given how many times she’s worked under layers of real and/or CGI makeup. And yet, over the last four years, she’s cropped up in a number of tentpole action films as a supporting action star, playing a henchman with blades for legs in Kingsman: The Secret Service, a butt-kicking and rap-loving alien in Star Trek Beyond, the first bandaged female villain in The Mummy series with her role in the 2017 movie and a French secret agent in Atomic Blonde. Action stardom seems to be hers for the slaying: Last year, GQ called her “the best new action star of 2017” while Vanity Fair said she was “this season’s breakout action star.”

This year, however, the career of the dancer turned actress, 36, is taking a slightly different direction than the straight action stardom that some might have expected. After she shot to fame in a series of stunt-heavy supporting roles, Boutella is appearing in a suite of dramatic parts this spring and summer: In Fahrenheit 451, released in mid-May on HBO, she plays Clarisse, a double agent that hosts an illicit book club; Hotel Artemis, out June 8, sees her taking on the role of an assassin that grows increasingly disillusioned with her trade; and in Climax, which premiered at the Cannes Film Festival in May, she plays the choreographer and de facto main character of the central dance troupe.

As she breaks into roles that don’t require any roundhouse kicks, Boutella is challenging an industry that historically hasn’t offered a wide diversity of roles to female actors of color that start off in supporting big-budget parts. This year’s offerings, smaller movies than the tentpole fare she began in, are a start. “I used to love being part of dance companies that were obscure and different and outside the box and then I danced with Madonna, you know what I mean?” she says, sitting in her hotel room during a press tour for Hotel Artemis one gray day in L.A. in May. “Having variations in my choices is very important, and it’s all character-driven, relationship-driven within the story and story-driven.”

It’s only Boutella’s latest career transition. Born in Bab El Oued, Algeria, to an architect mother and composer-musician father, she became a professional dancer after she moved to Paris at age 10, when her family left their country amid the Algerian civil war. Though she debuted as an actor in 2002, after booking a role as the love interest in Dance Challenge (Le defi), she decided to pursue a dance career first. “Having danced for a much longer time, I thought it would be only fair to give it its proper time,” she says. That decision led to mainstream success: Boutella toured with Madonna for 10 years, for instance, and starred in music videos for Michael Jackson, Rihanna and Ne-Yo. 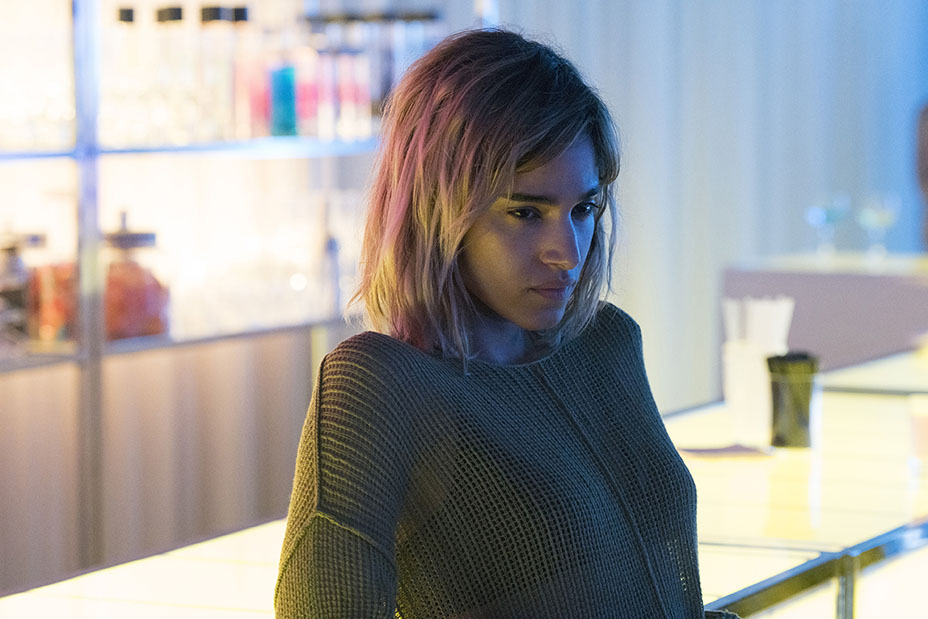 In a move that cut against the archetypal path for actresses in Hollywood, Boutella emerged as a rising film star in her 30s. The way she tells it, at 29, she woke up one morning and decided never to take a dancing job again so she could devote her efforts to acting. But she had also been preparing to take the step for a while: In France, Boutella had trained with Elizabeth Kemp of The Actors Studio, and in L.A. with Arthur Mendoza of the Actors Circle Theatre. That decision paid off, but only after a waiting period of two years. After her first major role, Gazelle in Kingsman, a breakout part in Star Trek Beyond (2016) as the sassy alien Jaylah followed, as well as the eponymous character in 2017’s The Mummy and a role as a French agent and Charlize Theron’s love interest in that year’s Atomic Blonde.

The physical demands of her action roles are never easy, she maintains, even with her dancing background. “From Kingsman on, people saw in the me [action] potential because I had access to my body in that way, but it’s still not my background, I had to learn for it,” she says, with training periods for Kingsman and Star Trek lasting months.

Today, she’s embarking on another transformation, taking on roles with no fight choreography. Historically, it hasn’t been easy for women — and particularly women of color — to break out of being typecast as “exotic” supporting characters, says Harvey O’Brien, a drama and film professor at Ireland’s University College Dublin and the author of Action Movies: The Cinema of Striking Back. O’Brien notes that roles as strange or “unusual” characters — not unlike some of Boutella’s early parts — can trap some actors.

“[Boutella’s] characters are always extraordinary, unusual, dramatic: They stand out. That puts her in a good position to be a scene stealer (virtually a film stealer in the case of Star Trek Beyond), but it still keeps her at the fringes,” O’Brien wrote in an email. Actors like Jaye Davidson (who plays a transgender woman in The Crying Game) and, further back, Anna May Wong (The Toll of the Sea) were iconic but also pigeonholed as exotic types, he points out.

But directors who have worked with Boutella don’t share the concern that the actress’s career will be restricted by her previous roles. Ramin Bahrani, the writer-director of Fahrenheit 451, had never seen any of her previous films before she caught his attention during an audition. Her chemistry with the film’s lead, Michael B. Jordan, helped sell him on offering her the part, as well as her proactive attitude: After the audition, she called him up to tell him what she thought the weaknesses were in her tryout.

“I was impressed by her honesty and perception,” Bahrani wrote in an email. “She was right for the role because she is very talented, hardworking, self-critical — and, most of all, she proved herself in the auditions. She delivered,” he said. 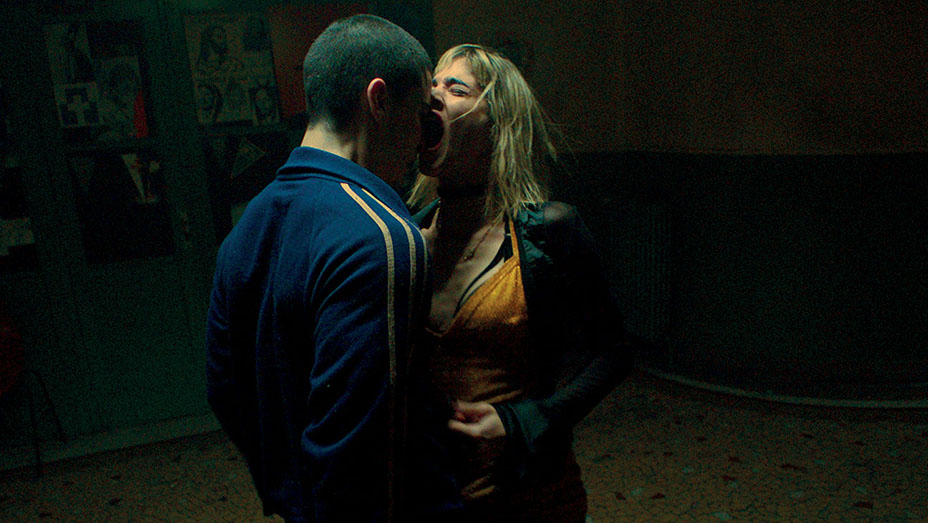 Though aware of Boutella’s previous films before offering her a part in his movie, Hotel Artemis director Drew Pearce points out that her character, Nice, has one of the film’s most poignant character arcs. In one climactic scene, reminiscent of a famous sequence in Oldboy, Boutella’s character fights through a narrow hallway of goons. The camera stays on Boutella’s face during the scene to “sell an emotional story,” Pearce says.

“The reason that Bruce Willis exploded into action roles in the ’80s wasn’t because he was the world’s best athlete — it was because he sold the emotion behind the action. And I think that’s what was most significant for me about Sofia,” he says.

As for Boutella, she’s made the decision herself not to audition for leading parts before. In an interview with GQ in December, she said that though her agents wanted her to try out for leads, she was more interested in supporting parts so that she could work with major actors and improve. “That’s how I feel in this profession: I’m in kindergarten,” she said.

Speaking to THR in May, she said she’s open to continuing to take action roles as long as they offer new and idiosyncratic characters. “People are telling me, ‘Don’t you want to do things that have less action?’ If it comes my way and I fall in love with it, yes. If that’s an action [project], yes. I just love to change skin,” she says.

Pearce notes that her character in Hotel Artemis fuses the dramatic work Boutella’s moving toward and the action she began in the industry with. She performed all the stunts except one in the film and also holds her own opposite Sterling K. Brown (of NBC’s tearjerker This Is Us) in some of the film’s most intimate scenes.

“On some levels, maybe it’s a performer like Sofia who can redefine what an action movie is and take it away from some idea that action equals a B movie and take it somewhere where it is more like dance,” Pearce says, “where the emotion of the performance is part of what sells the dynamic of the movie.”

'Hotel Artemis' Director Crafted It to Be One Person's Favorite Film