Warlock, wizard, witch, even Jedi — whatever you want to call them, they are individuals with abilities that go far beyond anything possessed by us ordinary people. No two stories about magical powers treat them quite the same way — their strengths and limitations, the mechanisms through which they work, and importantly, who gets to have them.

Magical powers are rarely ever normalized. That is, stories featuring magic usually depict situations where only some people possess such powers, with the rest of civilization either being entirely oblivious to the very existence of magic or highly suspicious of it. The protagonists of many such tales, from Harry Potter to Rey in Star Wars to The House With a Clock’s Lewis (Owen Vaccaro), are actually among these uninitiated masses until some turn of fate not only clues them in on the existence of magic, but their own magical abilities, which are often deemed exceptional.

So, who gets to be magical? Do you have to be born special or is the practice of magic a skill anyone can learn? The question of nature vs. nurture is one that transcends a wide range of disciplines. It’s a fundamental question underlying scientific inquiries into everything from how mental illnesses develop to the division of labor in worker honey bees.

But magic doesn’t exist in reality, so when it comes to who has the ability to do magic and why, creators don’t have to speculate about the unseen forces at work in the real world — they get to decide. And looking at the choices they make can often tell you a good deal about the story they are telling, because the answer they choose regarding nature vs. nurture with magic often echoes thematically throughout the film. Let’s look at a few examples. 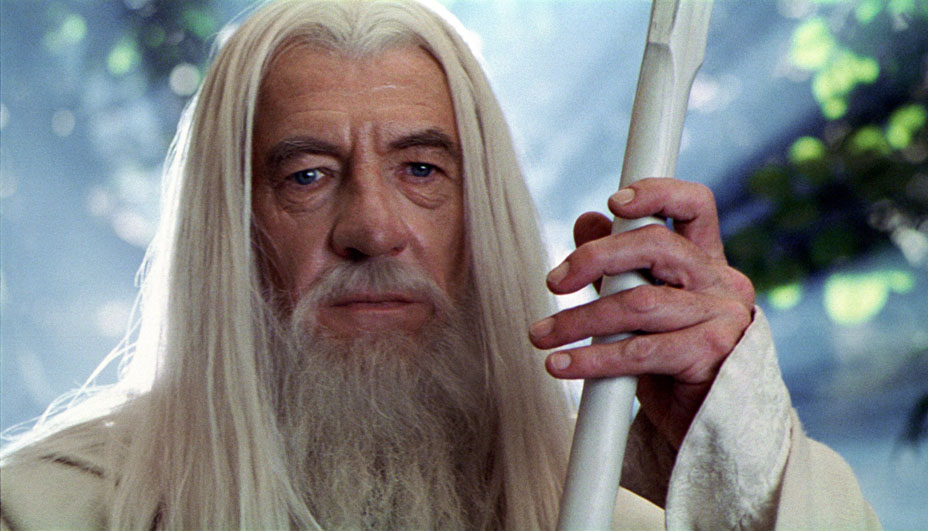 On the extreme end of the “nature” side of things is Lord of the Rings. In both Tolkien’s novels and Peter Jackson’s films, those capable of doing magic such as Gandalf the Grey (Ian McKellen) are entirely separate sort of being. Wizards aren’t a subset of human, but an entirely separate category. Lord of the Rings is, overall, a tale in which lineage is key. The sort of story to include appendices including royal lineages and family trees, not just for the purpose of world building but because parentage and ancestry are hugely important. Characters’ fates are heavily influenced by personality traits often connected to their family backgrounds and general heritage. While Frodo Baggins (Elijah Wood) shows an adventurous streak unusual for a Hobbit, he clearly inherited it from his equally strange uncle Bilbo.

Harry Potter, meanwhile, is more in the middle, though it still leans more heavily on “nature.” While wizards are human beings and magical powers sometimes randomly manifest in “Muggle-borns” — much like random mutations in genetic code — magical ability is regarded as generally heritable, with magical parents producing magical children with only very rare exceptions.

While controlling these abilities requires disciplined study — thus the existence of Hogwarts — not all wizards and witches are depicted as possessing equal magical potential. The series suggests that Albus Dumbledore is not merely the most accomplished wizard of an age not just because he worked incredibly hard, but because he was simply born powerful.

Heritability and even the heritability of magic specifically also feature prominently in Harry Potter. Harry’s relationship with his parents and the “gifts” they bestowed upon him are fundamentally important throughout the entire series — a connection which is based almost exclusively in nature as opposed to nurture considering they died when he was too young to remember them, and then raised by an aunt and uncle who hated them. Even the origins of this hatred can be traced back to magic being tied to nature (innate, born talent) as opposed to nurture (learnable skill): lingering jealousy felt by his aunt Petunia over the fact that his mother Lily was born magical while she wasn’t.

The House With a Clock In Its Walls takes a very different attitude, wholeheartedly in the “nurture” camp — a decidedly unusual attitude. Even narratives depicting worlds in which magic is perceived as more of a learned skill than inborn talent often ultimately prove that belief misconception, such as the BBC series Merlin, where the entire premise is that Merlin is born with innate magical ability even though nobody thinks such a thing is possible (and practicing magic is illegal, because of course the stakes need to be high).

In contrast, when Lewis asks in The House With a Clock In Its Walls if one needs special qualifications to be a warlock, his uncle Jonathan (Jack Black) quickly sets him straight. “No, anyone can learn,” he insists, “if they study and practice hard enough.” And the film gives the viewer no reason to doubt this. In this case, the question of who gets to have magic has a very simple answer: everyone.

The Evolution of Jack Black Into a Kid-Friendly Star