It should have been a joyous time in Hollywood. The horrific First World War was about to come to an end — in November 1918 — and the nascent silent film industry was booming, distributing pictures to more than 20,000 theaters across America. According to the Weekly Service, by 1918 some said the film industry was soon to be the fifth biggest in the country, behind agriculture, coal, steel and transportation, with an estimated capital invested of $250 million. But this rapid progress was threatened by the outbreak of an influenza pandemic, one that would claim millions of lives worldwide.

Much like Hollywood today amid the COVID-19 crisis, studios and theaters were forced to come to terms with a viral threat to the livelihood of the business and the lives of its employees. “Filmland is full of gloom and germs,” Moving Picture World reported in November 1918. “Everyone you meet has a different cure for the flu…and in spite of this, everyone you meet has either just gotten over an attack of the flu or is just getting down with it.”

For months, L.A.-based studios and theater chains believed that the so-called Spanish influenza was an East Coast problem. “The situation regarding influenza is nothing like as serious here as it is in the East,” one film representative told the Los Angeles Times. “Should the local health officials ask the picture houses to close, I am sure the managers would do anything the officials desire.” 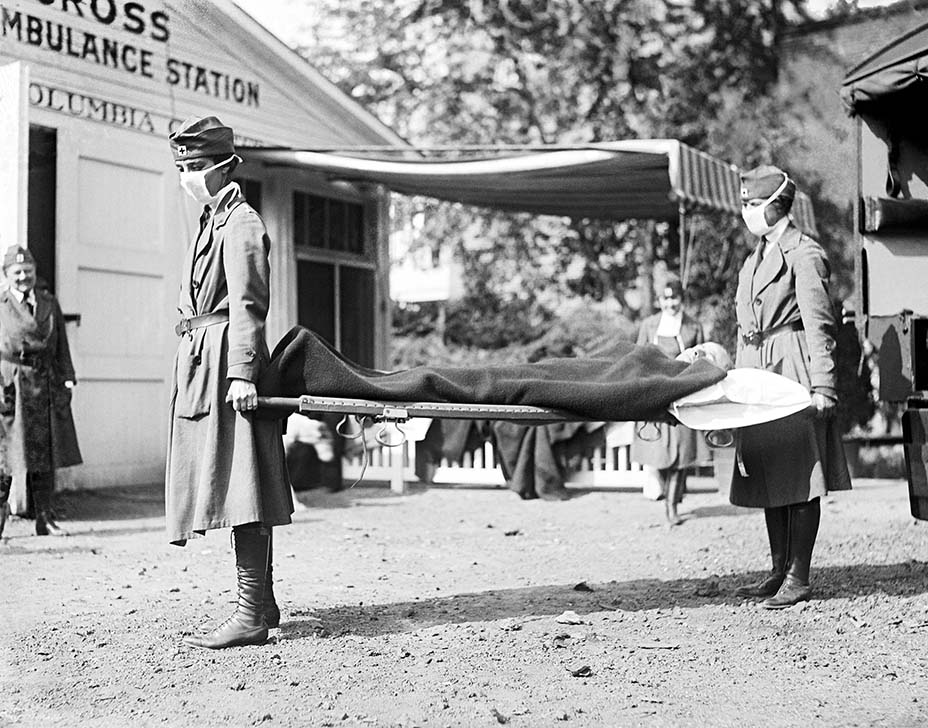 But the flu was moving westward. In early October, the National Association of the Motion Picture Industry, losing money because theaters across the U.S. were half-empty, announced an embargo on the release of new films for a month starting Oct. 14. L.A. theater owners, some of whom had already begun distributing gauze masks, reacted to the embargo with bravado. The legendary theater impresario Sid Grauman, however, dismissively told the Los Angeles Times that he had “plenty of films on hand, that no word had come from anyone to close and that he had not heard a single sneeze in any of his audiences.”

On Oct. 11, L.A. City Hall ordered all theaters, motion picture houses, theaters and places of amusement closed until further notice. In all, 83 movie theaters were closed, shutting out thousands of film fans every week. “Did the young man pleasure-bent seek recreation at his favorite matinee or picture theater?” the Los Angeles Times asked. “Lo, a sign greeted him ‘closed by order of the health commissioner.’” 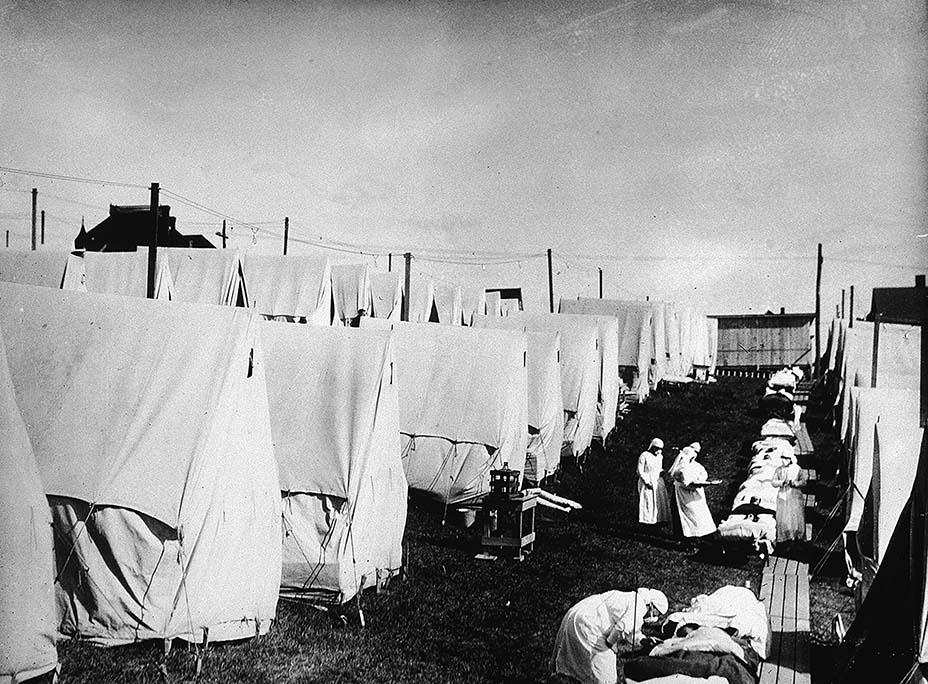 Studios were also coming to terms with the dangers of filming during the outbreak. Word arrived from New York that popular actor Bryant Washburn had infected co-star Anna Q. Nilsson while shooting Venus in the East. On Oct. 16, Frank Garbutt, vp and West Coast manager of Lasky Photoplay Corp., announced that three pictures in production were being rushed and that most of the studio would go dark for a month. The Metro, Mack Sennett and Triangle studios followed suit. Stars like Constance and Norma Talmadge agreed to forgo their salaries so that regular employees could continue to work.

As silent-film producer Benjamin Hampton told it, panic set in as the still-young “studios closed entirely, or operated on part time, and pessimists croaked that this was the beginning of the end.” Popular Metro matinee idol Harold Lockwood, 31, died of the influenza Oct. 19, and Russia’s first movie star, Vera Kholodnaya, would also succumb to the Spanish flu in Odessa, breaking the hearts of millions of European fans.

Even as the flu’s power became heartbreakingly evident, some smaller studios realized that shutting down even for a month was a financial impossibility. In mid-October, Robert Brunton of the Brunton Studios on Melrose Avenue banded together with smaller studios including the Kitty Gordon Film Company and the Helen Keller Film Company. They wrote an impassioned letter to California Congressman H.Z. Osborne asking for cooperation in keeping the film industry going. “A large majority of motion-picture studio work here is done outdoors and is less dangerous during the epidemic than any other industry,” Brunton wrote on behalf of the consortium. He claimed that if his employees were not paid, they would not be able to keep up with their Liberty Bond payments, thus damaging the war effort. 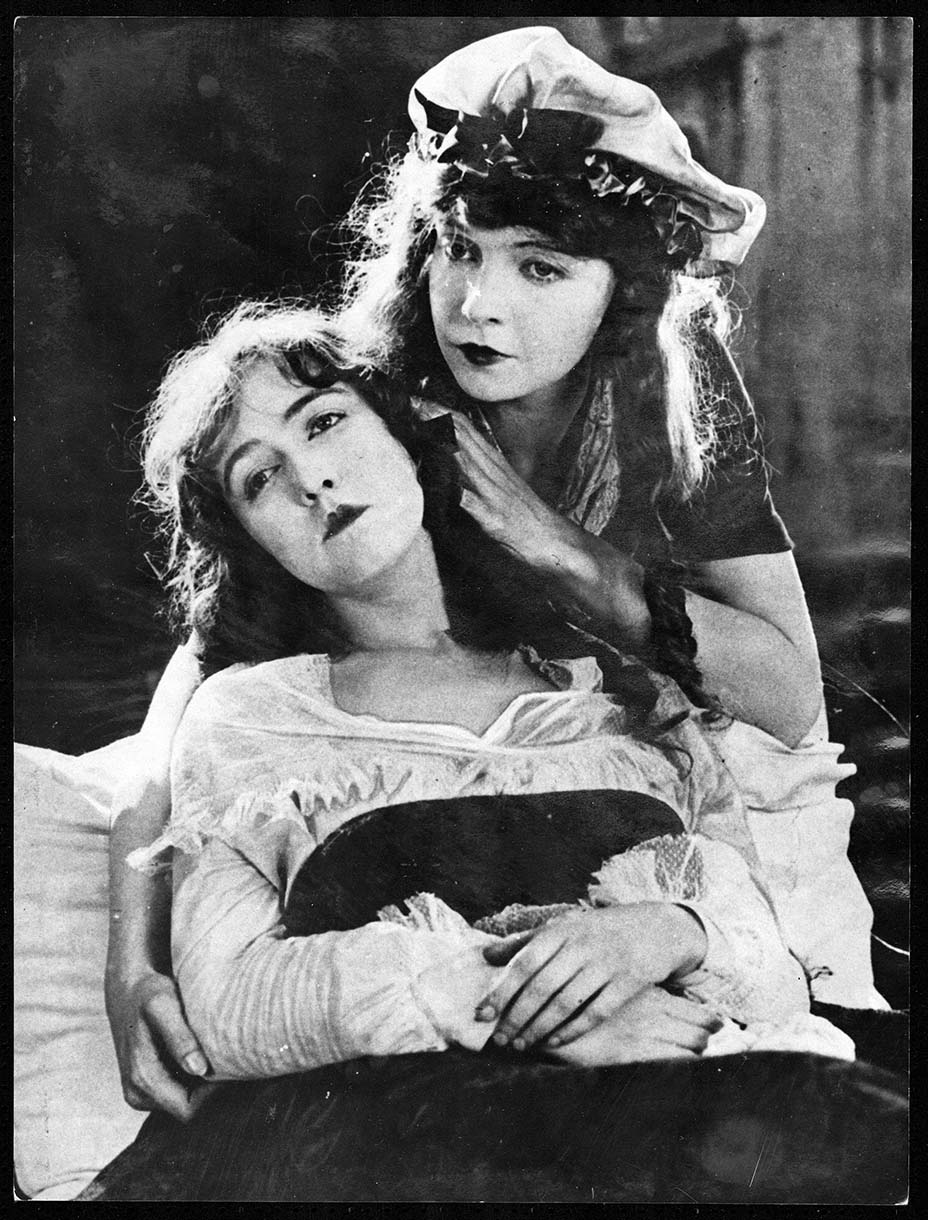 It appears that some film work had resumed by late October even though influenza was still ravaging L.A. On Oct. 24, the L.A. chief of police issued rules prohibiting crowd scenes in movies, and that spectators congregating around film shoots were to be dispersed. In early November, silent superstar Lillian Gish was struck with the flu while working at Sunset Studio. Her sister and fellow actor, Dorothy, would also be infected, as would actress Olive Thomas and screenwriter Frances Marion. (A young Walt Disney also contracted the flu and survived.) Lillian Gish would later make light of her illness, claiming that “the only disagreeable thing was that it left me with flannel nightgowns — have to wear them all winter — horrible things.”

In late November, director Allan Dwan, who had recently recovered from the flu and was still looking ill, bragged to a Motion Picture World reporter during an interview at Sunset Studios of the cast he had just put together for the film Cheating Cheaters. The roster included Jack Holt, Clara Kimball Young, and the recently flu-stricken Anna Q. Nilsson. The reporter was shocked by impressive roster in such a perilous time.

‘Flu,’ said Dwan. ‘many of the studios are closed, and as all the players would rather work than not, I had the pick of a big flock.’”

According to Richard Koszarski, author of Flu Season: Moving Picture World Reports on Pandemic Influenza, 1918-1919, security guards at some studios sprayed down every visitor with disinfectant, while some people believed that a “yeast cake a day keeps influenza away.”

At the Robert Brunton Studios on Melrose, a Red Cross nurse sprinkled guests with powders, while producer Thomas Ince gave all his employees masks that “interfere to a considerable extent with cigarette smoking.” Motion Picture World reported, “Mack Sennett has equipped his forces with little bags of powdered camphor asafetida and other sweet-smelling unguents. The bags are worn around the neck just south of the wishbone, and everyone on the place, including Teffy the dog, Pepper the cat and seven kittens are wearing them.” 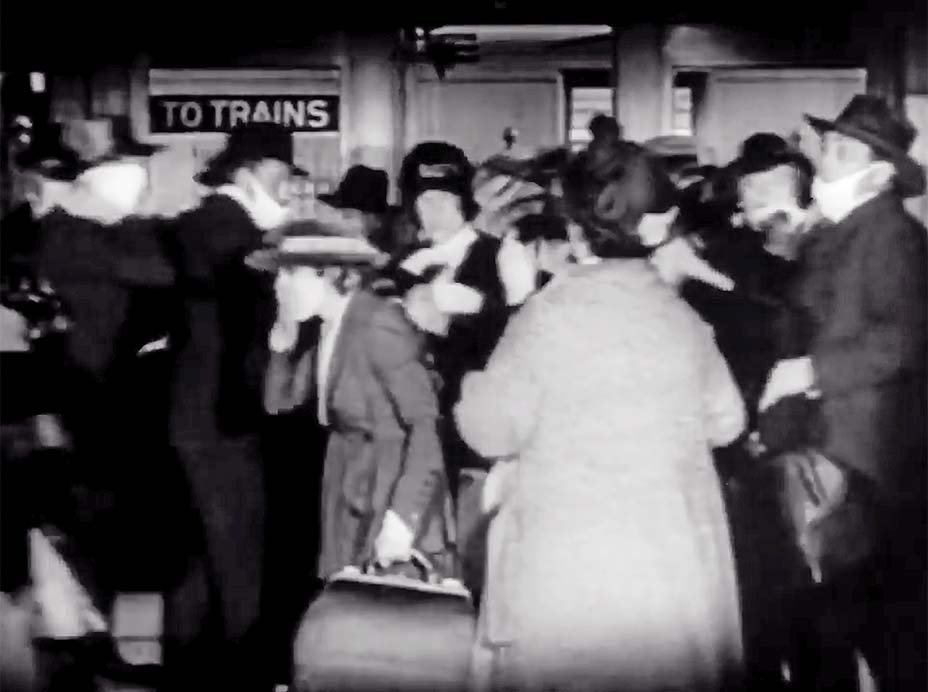 Although many (including the Gish sisters) were still seriously ill or would soon become ill (Hollywood’s undisputed queen Mary Pickford among them), the Los Angeles Times reported Dec. 2 that L.A. theaters, which claimed to have lost a million dollars a week ($17.1 million in today’s dollars) during the seven weeks of closure, were to reopen. The “funless season” had ended, and Angelenos could “rest assured that … the motion picture palaces have made active preparations for a rousing welcome for us. Their managers have chosen the liveliest, the snappiest, the brightest and the best pictures for our delectation!”

By early spring of 1919, the pandemic had slowed. Soon the studios were running to capacity, and the temporary losses suffered because of the flu were tempered by the mad entertainment crush and money rush of the 1920s. The Spanish flu pandemic quickly became a sad footnote in movie history.