Jeremy Garelick is like John Hughes, if the elder statesman of angsty teen dramas had owned his own high school.

After building a career as a writer-director with credits like The Wedding Ringer and The Break-Up, Garelick was weary of the bruising nature of the studio system. “I had probably written six or seven scripts that almost went, with actors ready to sign on, and they didn’t go,” he says. “It’s a miracle when a movie gets made, and I was tired of waiting for a miracle.”

Working to produce two R-rated high school comedies at a major studio, Garelick couldn’t get traction. The genre is low-concept and necessitates newcomer talent — two factors that don’t fit well into the current franchise-filled theatrical calendar. But that process did yield an epiphany: “Wherever you go, high schools are all the same. You need a gym, classroom, teacher’s lounge and a cafeteria.” With research and a trusted line-producer, Garelick discovered that shooting two high school movies back-to-back and employing the same crew could cut below-the-line production costs by one-third. If he did three, he could halve them. Remembers the filmmaker, “That’s when I googled ‘High schools for sale.”

This is how Garelick, who limited his search to areas with high tax incentives for local productions, found A.V. Zogg Middle School in Liverpool, New York, a small Syracuse suburb where the tax rebate on below-the-line production costs is 40 percent. Built in 1928, the school closed in the 1980s and was converted into an office space and, later, a church. “There are so many schools that are beautiful buildings from the ’20s and ’30s that because of changing industries, like factories going overseas, the towns were affected and these high schools shut down,” Garelick explains.

Taking the idea to his reps at UTA, it didn’t take long for Garelick’s venture to find backing in Mickey Liddell and his LD Entertainment wrote a check. Garelick purchased the school for $1 million and opened American High. 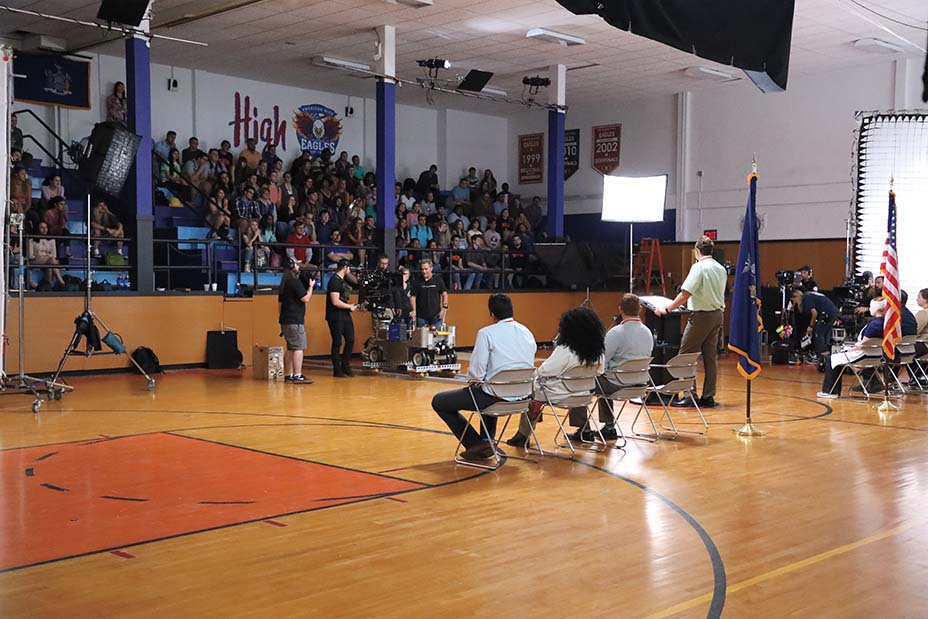 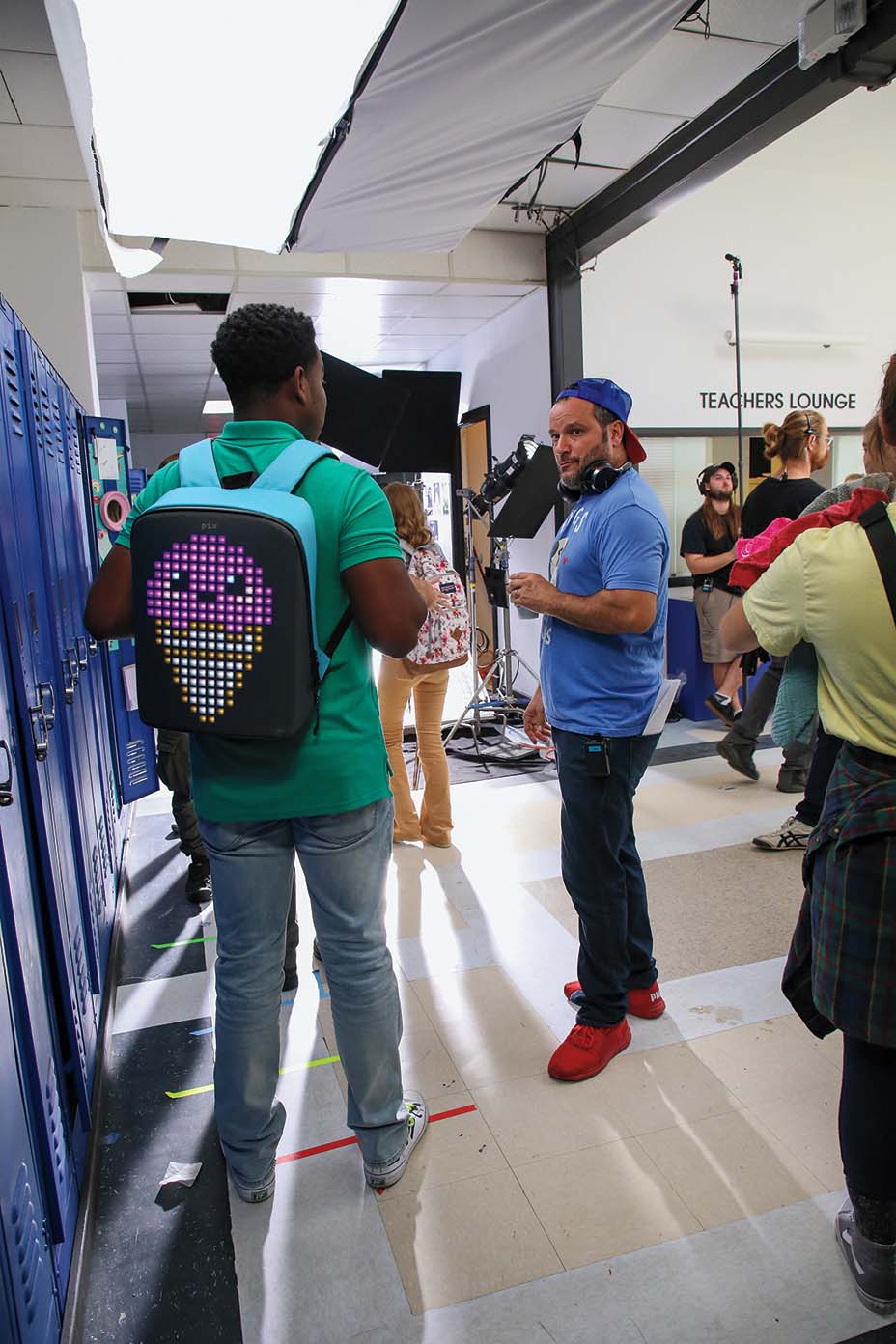 In two years, American High has produced seven features, each with a budget between $3 million and $5 million — equating to millions in savings on every title. The school transforms for every movie: Floors and walls are repainted and basketball uniforms are swapped out. Mascots in American High productions have included frogs and possums, with the school’s default being the Flaming Eagle.

“If a director wants to come in and change everything, we want to do everything we can to help them realize that vision,” says Garelick. “It bothers me sometimes because we make something look so beautiful and then you have to go in and change it the next week, but it’s part of what we are doing.”

Of the four features in production, two — The Binge, directed by Garelick from a script by Jordan VanDina and starring Vince Vaughn; and The Ultimate Playlist of Noise, from director Bennett Lasseter and writer Mitchel Winkie — are headed to Hulu, which recently released the banner’s Big Time Adolescence, starring Pete Davidson. That title and another, Banana Split, were set for limited theatrical releases the week that California’s shelter-in-place orders came down, while the company was set to go into production on its eighth feature when New York state shut down all non-essential businesses. Still, American High managed to pivot to meet the demands of both an audience, sheltering-in-place, and front-line medical workers.

Big Time Adolescence and Banana Spilt both hit digital and streaming earlier than anticipated due to theater closures, and “a lot of people have found them online,” notes Garelick. And, with the help of local 3D printing company Budmen, the American High team has transformed one of their production facilities into an operation that is making face shields for hospitals and medical facilities in need of Personal Protective Equipment, or PPE.

Garelick, who counts Ferris Bueller’s Day Off as his personal favorite high school comedy, welcomes comparisons between American High’s projects and the beloved high school movies of the ’80s and ’90s. But he believes those titles have some shortcomings. “We have seen the nerdy white kid trying to get laid by the cheerleader and he suddenly realizes his best friend with glasses is the right person for him,” he says. “What I am trying to do with American High is tell different high school stories.” 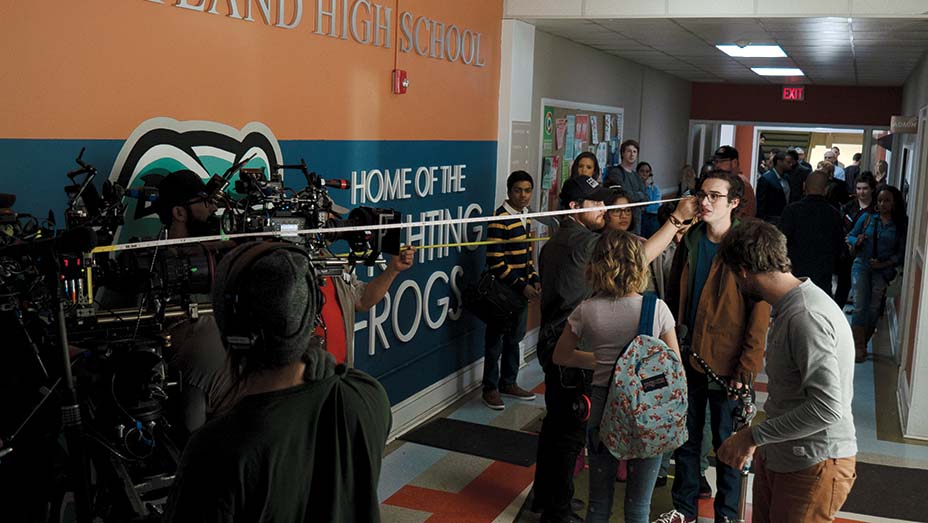 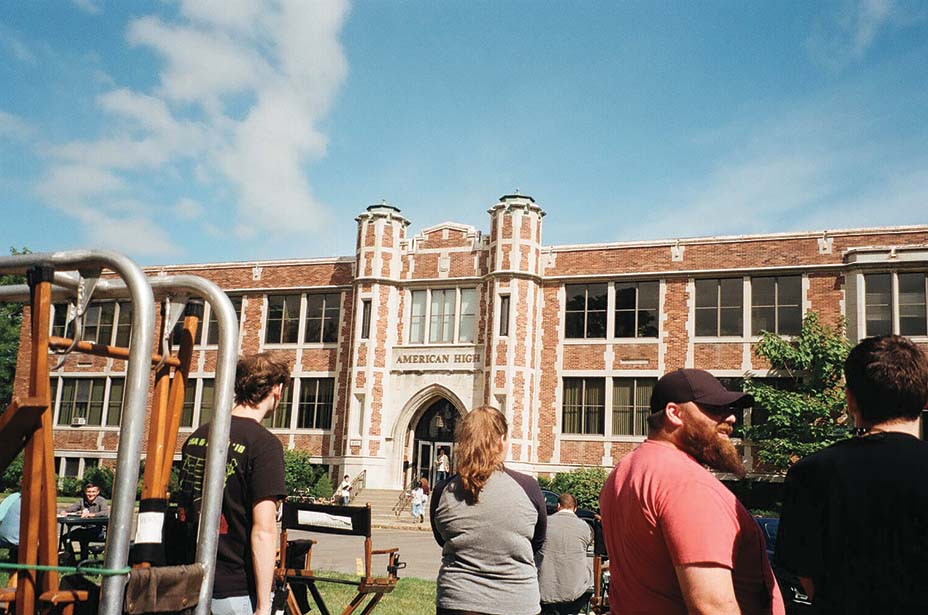