Zack Gottsagen was just 4 years old when he saw a television show that would set him on his acting journey.

“I learned a lot from the character Corky from Life Goes On as he was an actor with Down syndrome,” Gottsagen tells The Hollywood Reporter of the groundbreaking ABC family series that starred Chris Burke as the lead, Charles “Corky” Thatcher, from 1989 to 1993.

Fast-forward 30 years and Florida native Gottsagen, who has Down syndrome, is set to receive the Rising Star Award at the 31st annual Palm Springs International Film Festival for his lead role in this year’s heart-warming indie tale The Peanut Butter Falcon. The film follows a man with Down syndrome who escapes from a retirement home, where he has been placed for safety, and embarks on an impromptu adventure with another man, the free-spirited Tyler (Shia LaBeouf), on the run as he heads to the training school of a wrestler he is obsessed with.

Gottsagen, 34, was allowed to showcase a full range of skills in the film, starting when his character, Zak, escapes in nothing but his underpants from the retirement home, running barefoot all the way to the docks, where he meets the down-and-out Tyler, and the two go on the run. Through the course of the journey, Gottsagen had to master numerous scenes in the water and some fight sequences as his character learns to wrestle. 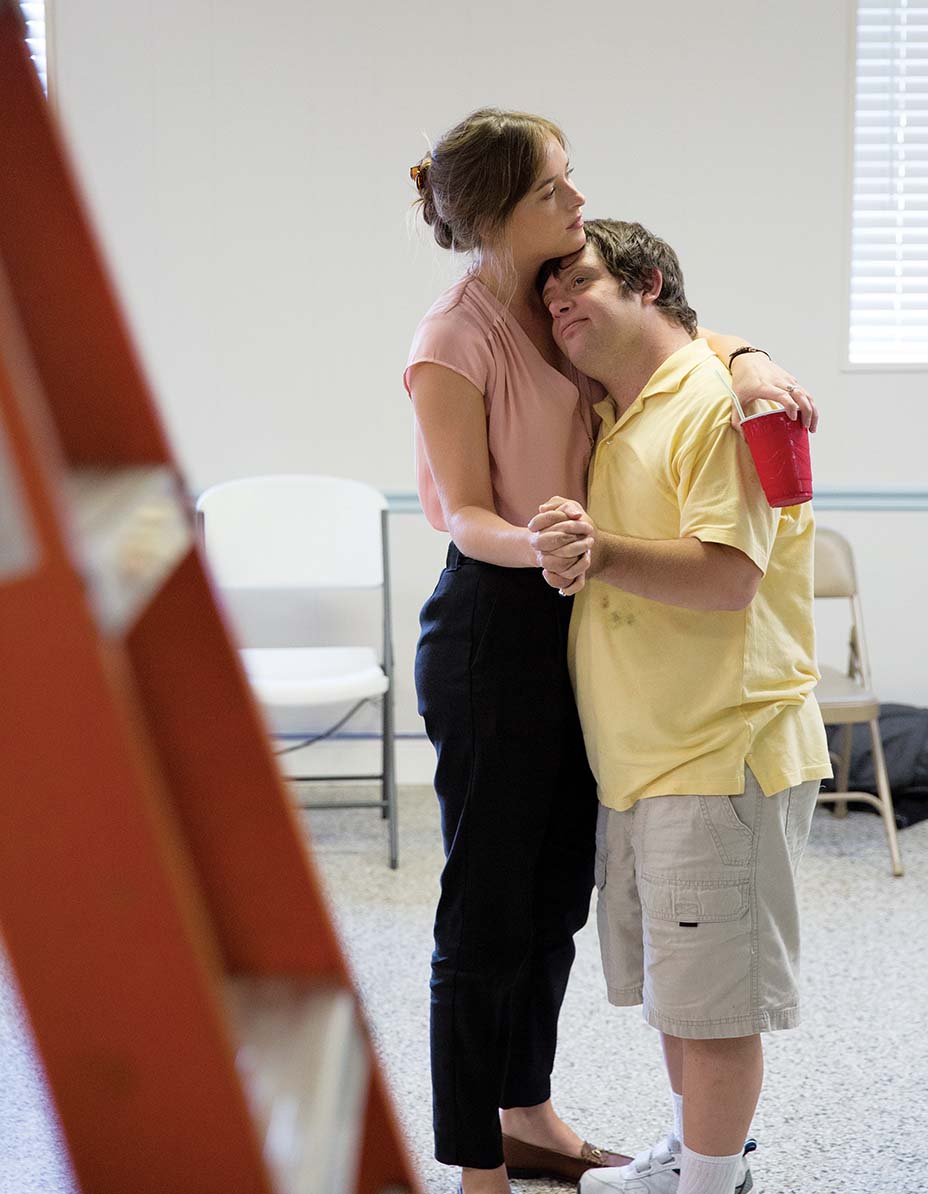 “With Shia, he’s more like fun and excitement and energy, and Shia does love me so much,” the actor says. The film traces their growing friendship as the troubled Tyler slowly opens up to Zak, who in turn appreciates having a buddy with whom to go on an adventure.

The two men formed such a close bond both on and off set (they even shared a hotel room in Savannah) that LaBeouf credited Gottsagen with changing his life.

One night after a day of shooting, after Gottsagen had gone to sleep, LaBeouf went out drinking. The night spiraled and a severely inebriated LaBeouf was arrested, putting the future of the movie in jeopardy.

“I’m on the set, can’t look at anybody in the eyes, and the only person who I feel like is giving me any kind of connection, nonjudgmentally, is Zack,” LaBeouf told THR‘s Awards Chatter podcast in October. “He basically looked me in the eye and said, I’m going to paraphrase, ‘Don’t fuck this up for me, this is my only chance.’ ”

Gottsagen explains, “I just don’t like when Shia does [bad] things, but I could understand what he was going through because of his dad.” (LaBeouf has since documented his stint in rehab and his fraught relationship with his father in the script for Honey Boy, in which he also portrays his father.) Gottsagen says the two are still close.

Gottsagen, who lives in Florida with his mom, Shelley Gottsagen, and stepmom (or as he likes to call her, his bonus mom) Trish Carland, already is lining up his next project, a short film in which he teases he’ll be playing a friend.

Zack Gottsagen adds, “I do have a lot of people right here in Florida like me. There’s thousands of people, and now I’m a role model for them.”