Thwop! That sound you hear when Steve Carell, playing chauvinist provocateur Bobby Riggs, serves the ball in Battle of the Sexes isn’t just any thwop. Sound designer, editor and mixer Ai-Ling Lee, who earned two Oscar nominations this year for La La Land, knew that if the film was going to convincingly re-create the much-hyped 1973 tennis match between Riggs and Billie Jean King, played by Emma Stone, it would have to accurately reproduce the sounds of the ‘70s.

So, explains Lee, “I bought wood and aluminum rackets on eBay, almost like the ones used in the film, and recorded tennis hits with them. The old rackets are heavier compared to the graphite rackets nowadays, and the wood has a certain resonance. Even the strings in the rackets, I got them with gut material, which is closer to what they used back then. All these details contribute to slightly different-sounding tennis hits than the contemporary ones. And I varied the tennis hits with slices and lobs so you hear the soft and hard hits that are part of the strategy in the game. I also made Bobby Riggs’ feet stomp heavier as he got more tired.”

Lee and the sound team on the $25 million Fox Searchlight film — which included co-supervising sound editor Mildred Iatrou Morgan and recording mixers Ron Bartlett and Doug Hemphill — began their work by listening to the ABC broadcast of the famous match, which was televised live from the Houston Astrodome. They noted that most of the cheers for King came from women, while men roared their approval of Riggs. And so when a looping team of voice artists was called in to enact the crowd noise, they were directed to follow the actual audience’s cues.

Clips of sports broadcaster Howard Cosell also appear in the film, and Lee was able to include actual recordings of his voice. The vintage soundtrack also captured crowd cheers and even a marching band, so, says Lee, “We had a hard time working around that.” 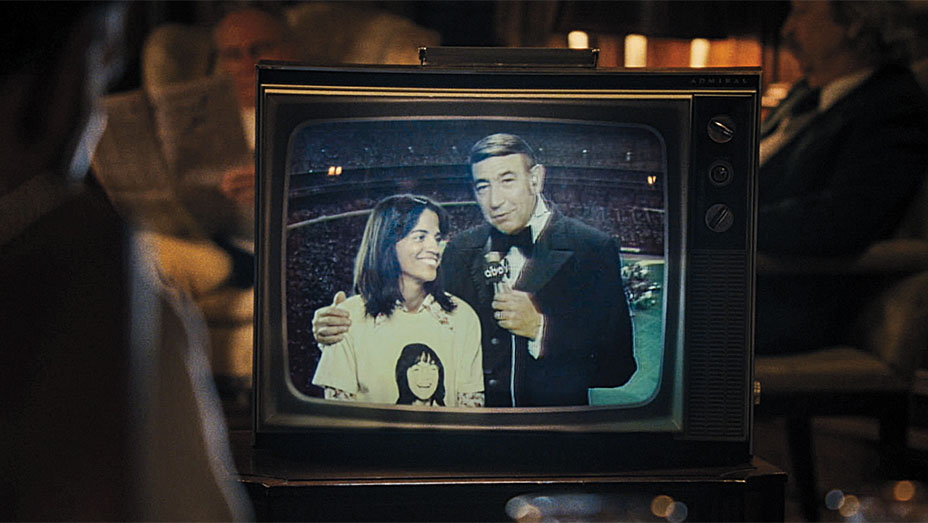