BlacKkKlansman editor Barry Alexander Brown — who has also worked as a director and writer on both documentaries and features through his 30-year career — met Spike Lee in New York during the mid-’80s, and since then he has cut many of Lee’s feature films, including Do the Right Thing, Malcolm X and Inside Man. BlacKkKlansman marks Brown’s first Academy Award nomination as an editor, though he was also Oscar-nominated for his 1979 documentary The War at Home.

Arguably one of the most powerful scenes in BlacKkKlansman — made all the more affecting through Brown’s editing — is one featuring undercover cop Flip Zimmerman’s (Adam Driver) KKK initiation ceremony, which is cross-cut with civil rights icon Harry Belafonte, as Jerome Turner, talking with student activists. Turner describes the horrific true story of witnessing the lynching of Jesse Washington in Waco, Texas, in 1916. Brown then addresses the impact of D.W. Griffith’s 1915 Birth of a Nation, cutting back and forth to the KKK initiation, where the participants are now watching Birth of a Nation and cheering. “You see the Klan going crazy [watching the film] in the ’70s,” says Brown, “and Harry Belafonte is talking about how well it was received when it came out and how it energized the Klan.

“In the script, these scenes were going to be somehow intercut,” Brown explains, adding that the screenplay had long blocks of dialogue interspersed with scenes from the Klan. “When I started to look at the footage and cut the sequence, there were things that jumped out at me right away. I could marry these things in a way that they really become one.” 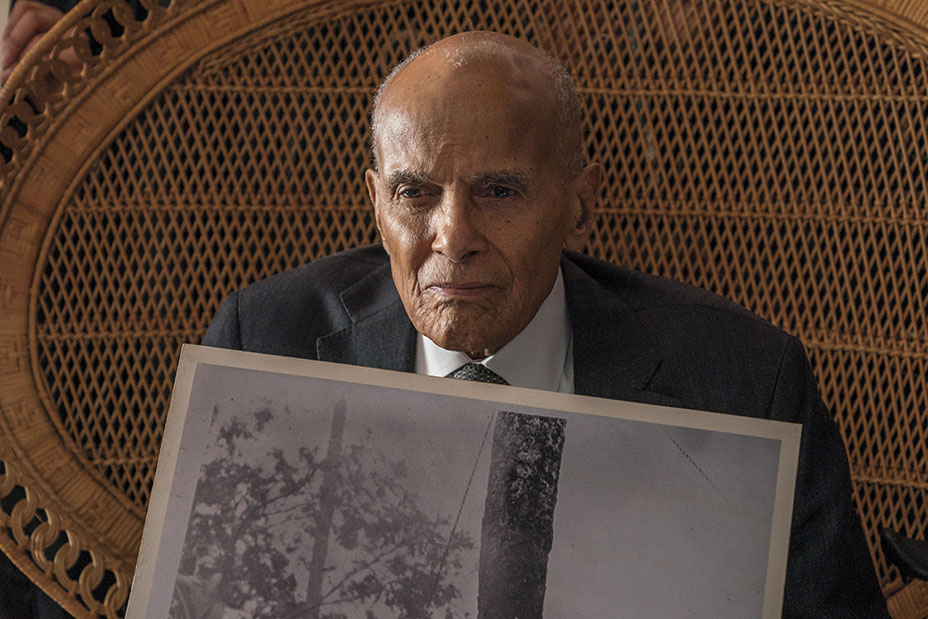 Notes Brown, “There’s a point where Harry Belafonte talks about running and hiding and watching this horrible event.” In the Klan scenes, there was a shot of Detective Ron Stallworth (John David Washington) finding a window in an upstairs room to look down at the KKK ceremony. “Now they become one. Now there’s a witness. What happened in Texas in 1916 and what’s happening there in the early ’70s — those two events become married,” he says. “I was able to do more intercutting — sometimes using voiceover from Harry Belafonte over the KKK initiation. That intercutting becomes smoother because emotionally they become so entwined. When Belafonte talks about ‘All you can do is look and watch,’ and there’s a moment when Adam Driver looks up at David Duke, Flip Zimmerman becomes part of the connection.”

BlacKkKlansman was in preproduction in 2017 when white nationalist rallies in Charlottesville, Virginia, claimed the life of counter-protester Heather Heyer. Lee decided to end the film with footage of this event. “We had a conversation about how to deal with Charlottesville. It couldn’t feel jarring and it couldn’t last too long, and yet it had to be impactful,” Brown says, explaining that the director knew what footage he wanted to use, concluding with the car crash and the killing of Heyer. “And then we discovered David Duke had been there — and when we found that footage, this really wrapped this up.”

As 'BlacKkKlansman' Surges, It's No Longer Spike Lee vs. the Oscars