When Henry Dunham first wrote the screenplay Militia, most people hadn’t given right-wing groups much thought. Even after the script landed on the 2015 Black List, the annual collection of the best unproduced screenplays, Dunham says “producers asked if I would add something explaining who these guys are.”

Then Donald Trump happened, and Charlottesville became shorthand for the danger that armed militias pose. The movie’s subject no longer needed explanation, but suddenly it was toxic. Dunham’s script — which tracks isolated militiamen as they turn on one another in the wake of a police shooting that they fear will bring the law down on them — seemed destined for a desk drawer.

Then Dunham’s agents at UTA connected with Dallas Sonnier, CEO of Cinestate. “I was told he would give me final cut,” says Dunham, “but I didn’t know who this guy was.”

Cinestate is a Dallas-based company whose first two low-budget films — 2015’s Bone Tomahawk, starring Kurt Russell, and 2017’s Brawl in Cell Block 99, starring Vince Vaughn — earned a profit and a fair amount of critical praise while stirring controversies about violence and race. Both are from writer-director S. Craig Zahler. 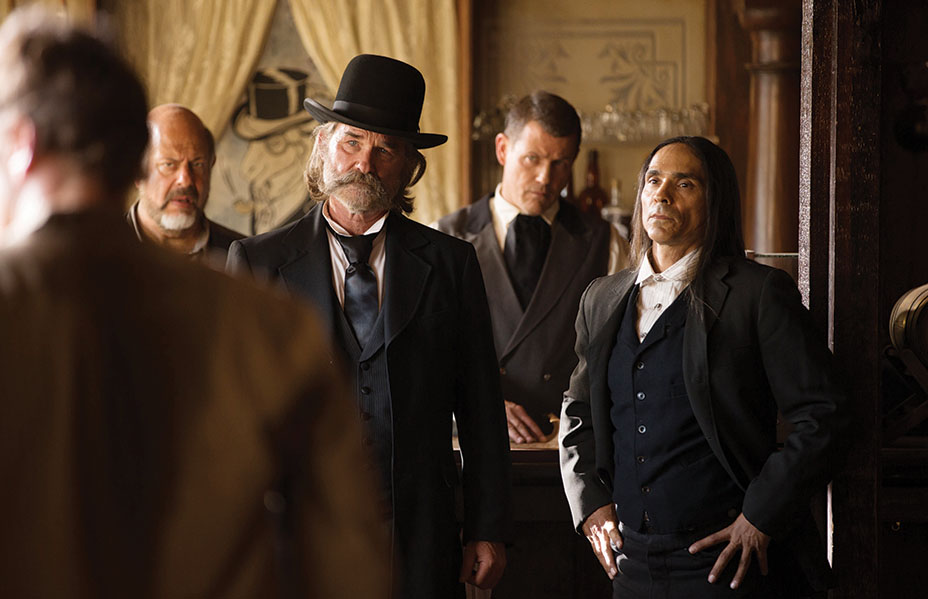 Called “populist” by admirers, the films certainly reflect the Trump-era mix of fear of the outsider and paranoia about the government. But Sonnier says he loathes seeing Cinestate’s films called fodder for Trump supporters. “I didn’t even vote for the guy,” he says. “I don’t necessarily crave a conservative audience, but that may be an outcome, and it wouldn’t surprise me. I understand that audience deeply. But it’s not a mission statement.”

This spring, Cinestate will roll out its biggest and potentially most explosive film, Zahler’s $15 million violent police drama Dragged Across Concrete, starring Mel Gibson and Vaughn. Dunham’s talky, largely nonviolent film, shot in three weeks for less than $500,000, had a limited Jan. 18 release as The Standoff at Sparrow Creek.

Star James Badge Dale says that he hopes that people come see the film with an open mind. “People don’t make movies like this anymore —  it’s too risky,” he says. “They are doing something different at Cinestate. You feel there is something at stake.”

“Dallas kept his word and let me make the movie I wanted to make,” Dunham says. “All he said was, ‘What can we do with what we have?’” Sonnier’s calling card has been giving writer-directors freedom while keeping budgets tight enough to reap a profit. “Our unique selling point is making movies that are creatively unfiltered,” he says. 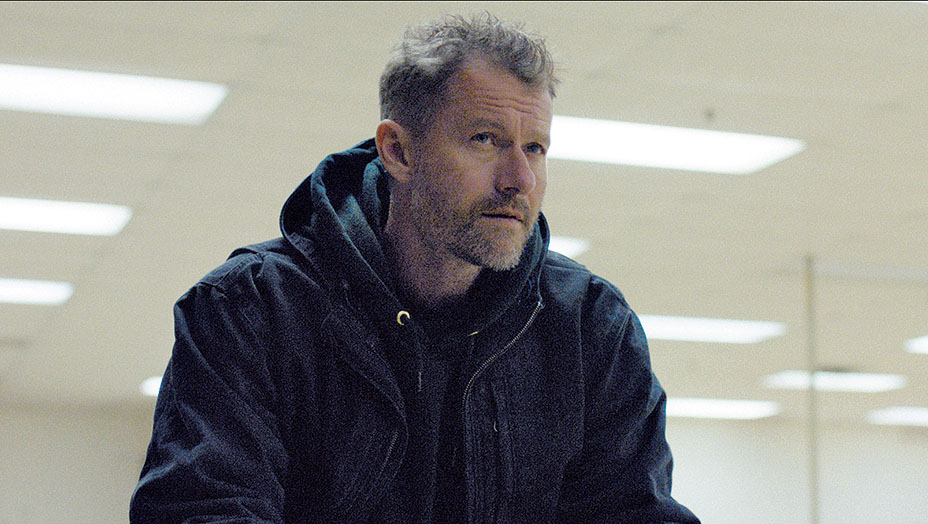 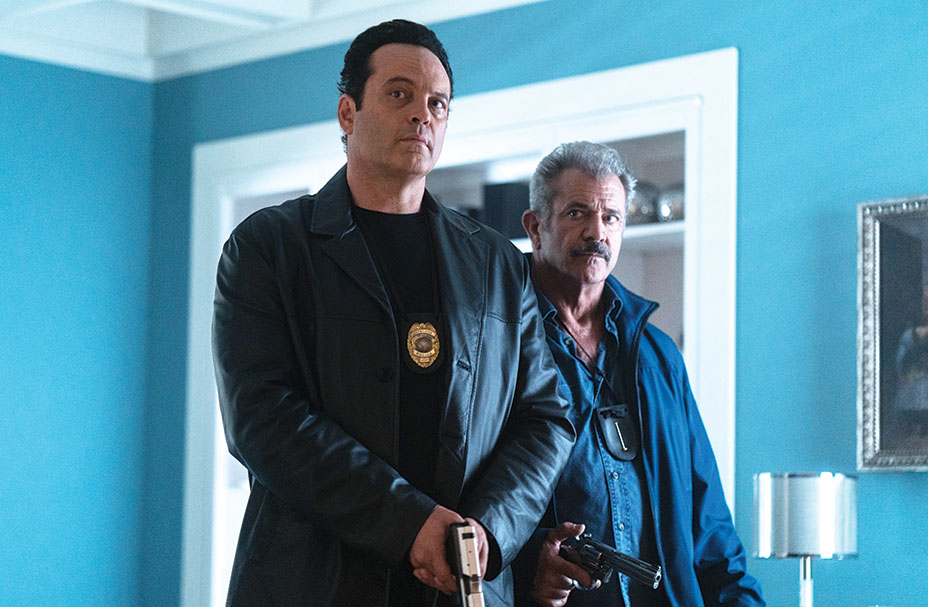 Joseph Sonnier IV — nicknamed “Dallas” after his family moved to the Texas city — went to USC film school, interned for Scott Rudin and worked as an assistant at UTA for a few years. In 2005, he moved to The Schiff Co. as a manager, and three years later, he and co-worker Jack Heller opened management company Caliber Media. Greta Gerwig was a client (he repped her when she landed early movies like Greenberg), as was WWE star turned actor Steve Austin.

Then tragedy struck, twice: In 2010, when he was 32, Sonnier’s mother was murdered by her second husband as she was preparing to leave him (the man then killed himself). Two years later, Sonnier’s father was killed by a person hired by his girlfriend’s jealous ex. Sonnier spent the next few years not only grieving but dealing with the investigation and trials.

These horrific experiences influenced his moviemaking. “I’ve had to call my little brother twice to tell him that one of our parents has been murdered,” he says. “I’ve cleaned blood off my mother’s floors, and I’ve stared down my father’s killers in courtrooms. So, it’s no wonder that I fight to go further with our movies in search of an authentic experience that I simply do not find in most studio fare.”

Sonnier and Heller had been managing Zahler, whose screenplays regularly sold but never got produced, when they decided to make Bone Tomahawk themselves. Zahler’s script attracted Russell and Richard Jenkins, but every financier wanted it shortened. No way, they said. After several years, Russell’s agents were ready to move on. So in 2014, Sonnier took a new mortgage on his house and “personally guaranteed a loan I probably couldn’t repay” to get the film made. According to Sonnier, Bone Tomahawk reaped more than $10 million, five times its budget (it also garnered a 91 percent positive rating on Rotten Tomatoes). Seeking to build on that momentum, Sonnier opened Cinestate. (Heller has served as producer on Zahler’s subsequent films but has his own production company, Assemble Media.)

With Cinestate, Sonnier left Hollywood and returned to Dallas with his wife and children. There he found a silent partner, a woman with Texas oil money who invested millions (Sonnier won’t disclose who or how much). He says being away from the coasts fits his company’s ethos. In addition to Sonnier, Cinestate employs seven full-time staffers, all women, notable given the company’s macho fare.

Cinestate’s business model, says its CEO, relies on working with AMC Networks-owned distributor RLJE Films (which also released 2018’s Terminal with Simon Pegg and Margot Robbie and Mandy with Nicolas Cage) to “piece together” revenue from every avenue possible.

Like many of its indie peers, Cinestate debuts its films at festivals (Brawl and Dragged showed in Venice), “which are terrific for generating heat and great as a validation tool.” Each is given a theatrical release, albeit a limited one that usually is a loss leader. “We’re not kidding ourselves,” Sonnier says. “Our success comes in the second, third and fourth windows. We do well on demand on DirecTV and Comcast and on iTunes. Amazon Prime has been a great partner. And we make money in foreign markets.”

The theatrical release not only pleases the filmmakers and generates media, but it’s especially vital for strategic positioning: On VOD, it lands the movie in the “In Theaters Now” folder. “That allows you to charge a premium VOD price that can generate hundreds of thousands of dollars more in revenue in your second window,” notes Sonnier.

Cinestate films also still earn DVD and Blu-ray dollars, thanks to Wal-Mart shoppers. “Wal-Mart is the final frontier of DVD; if you can get in there with a good movie and good artwork, you can still generate revenue,” Sonnier says. (Brawl reportedly sold 40,000 DVDs while reaching the iTunes top 10.)

Sonnier says his movies made with RLJE must stay under $5 million to turn a profit. For the $15 million Dragged, he made a deal with Lionsgate. While there’s no commitment to a wider release, the mini-major’s backing plus the casting of Gibson alongside Vaughn meant foreign presales four times higher than previous Cinestate films. (Sonnier says his deal with Lionsgate prohibits him from disclosing the actual number.)

Cinestate also is moving into other content, publishing five genre novels and audiobooks of screenplays. Its biggest non-film move was its purchase in 2018 of Fangoria magazine, the beloved horror quarterly that dates to 1979 but had stopped publication after 2016. Sonnier will not divulge the price but says “it was a distressed, undervalued asset.” The previous owner was insolvent and taking subscription orders without fulfilling them. To regain the community’s trust, Sonnier gave stiffed subscribers a complimentary yearlong subscription.

Sonnier says Fangoria is breaking even with 10,000 subscribers and believes it will be profitable soon. His grand vision is creating Fangoria-branded content for film and TV — so far it’s released the Zahler-written Puppet Master: The Littlest Reich, which bowed at the Overlook Film Festival, a New Orleans horror showcase. (The Fangoria slate follows a similar distribution model to the Cinestate films.)

Sonnier hopes to flesh out the Cinestate brand with his next three films: Sparrow Creek; Run, Hide, Fight, about a teen girl who grabs a gun during a mass shooting and fights back; and Shut In, about a woman trapped by an abusive boyfriend. “If you put them next to Zahler’s films, you’ll start to see a brand emerge of unfiltered movies that are not didactic or pushing an agenda,” he says.

But critics have assailed Zahler’s films precisely for having an agenda: in the three films he directed, plus his Littlest Reich screenplay and a novel Wraiths of the Dying Land, he repeatedly has a white male protagonist saving white women and violently killing evil minorities. On the website Medium, Jacob Garfinkle writes, “It’s pretty clear that S. Craig Zahler has a formula for his fiction. Irredeemably evil minorities + damsel in distress threatened with sexual violence + heroic Aryan(s) + violent climax = jackpot!”

Some also argue Sparrow Creek humanizes alt-right militiamen, although Dunham says it was inspired by his own social anxiety and is about the “need for connection” and how that can lead isolated people to choose poorly. He adds, “I don’t have anything to do with the rest of the slate and if someone wants to lump me and Zahler together, well, we’re pretty different.”

Dale, the Sparrow Creek star, thinks discussion about the issues raised by that movie is vital but says that Cinestate needs to contemplate the big picture. “It’s a dangerous world we’re playing in with this film.”

But Sonnier, like Zahler, usually merely deflects criticism, saying the movies utilize “complicated characters,” who do not reflect the director’s view. “We’re not legitimizing these characters, we’re exploring them almost as if we’re anthropologists,” Sonnier says. This defense can be effective — Travis Bickle in Taxi Driver is loathsome but one of film’s great creations — but Sonnier also scoffs at complaints about the films’ repeated patterns, which he denies even exist.

In an email, Zahler says he is merely “writing what I find the most compelling. I’m not steering toward controversy,” and he hopes people don’t rush to judge him. He says his next feature “is science fiction, focused on a sense of wonder and scientific speculation.”

Sonnier believes Zahler’s “angry man trilogy” will not define Cinestate and says “people are too quick to be offended right now.” The dissenters are using the megaphone of social media to blow the issue up, he adds: “I don’t feel the need to overthink things or apologize.”