Six Feet Apart was an unconventional film for its stars, to put it mildly. Leads Chris Candy (Rosewood) and J.J. Nolan (You) didn’t need to commute in L.A. traffic to set — their respective apartments were the set. The co-stars dressed themselves, applied their own makeup, finagled their own lighting, arranged their backgrounds and self-recorded takes. Though the film is a romantic comedy, the stars weren’t in the same room with each other (or their director, cinematographers, any producers or anyone else on the creative team), until the last day of shooting. At the end of a work day, they each tried to make home feel like home again.

After shooting almost entirely remotely for three months, Six Feet Apart concluded production in late June, just as COVID-19 cases began ticking back up again in L.A. County, where it was shot. The indie rom-com, about two people who live in the same apartment building and fall in love while social distancing, was inspired by and set during the coronavirus pandemic: The only in-person sequence was shot last Saturday, with extra health precautions, recently tested cast and crew members and SAG-AFTRA approval. The majority of sequences were filmed on cameras shipped to the main actors’ homes, Zoom and iPhones, with the director and cinematographer shaping the look and direction of the project remotely.

Several films and television projects have been produced from a distance during this year’s lockdown, including episodes of Saturday Night Live and other late-night shows, All Rise and Mythic Quest. (Netflix’s upcoming, pandemic-set series Social Distance was inspired by the lockdown’s restrictions and will also be shot remotely.) But Six Feet Apart, an L.A.-shot indie with no real budget, was one of the first entertainment projects to fully embrace quarantine restrictions as a storytelling opportunity, rather than a restriction or a liability. Pulling the project off was even more complicated than its cast and crew first assumed, the upside being that these hurdles distracted everyone involved from heavier, real-world events outside their respective apartments. Says director Jessa Zarubica, “It was all kinds of challenging and hysterical at times, but it became the thing that got me through not spending every single day worrying about my loved ones.”

In mid-March, after watching the virus devastate Italy and begin to make headway in the U.S., L.A.-based writer-director Zarubica brainstormed movie ideas to avoid freaking out. “I was like, ‘I’m going to go crazy if I’m not creating something during this time,'” she says. “I felt so out of control.” By March 21, three days into L.A.’s stay-at-home order, Zarubica had written the first 30 pages of Six Feet Apart, originally titled Social Distance, a romantic comedy about two apartment neighbors discovering each other for the first time during the pandemic, while each is at a crossroads in their lives.

Though she would continue writing as production began and eventually tailor her characters to her actors, early on Zarubica knew that she wanted to primarily shoot the film remotely and, rather than film exclusively in apartments and home spaces, capture the pandemic’s effect on L.A. at large by including shots of an empty city, mid-pandemic, in interstitial moments. She hoped the overall effect would emphasize “the shifting value from capitalism and materialism to human connection and really valuing our everyday workers as opposed to our celebrities and athletes” during the pandemic.

To her surprise, friends at downtown L.A.’s Pollution:Studios agreed to sanitize and donate equipment for the shoot, free of charge. They also suggested Zarubica work with director of photography Alexander Yellen, who came on board after being intrigued by the idea of filming “a story while we’re all in quarantine and have it be about quarantine in a way that would actually appeal to people,” he says. 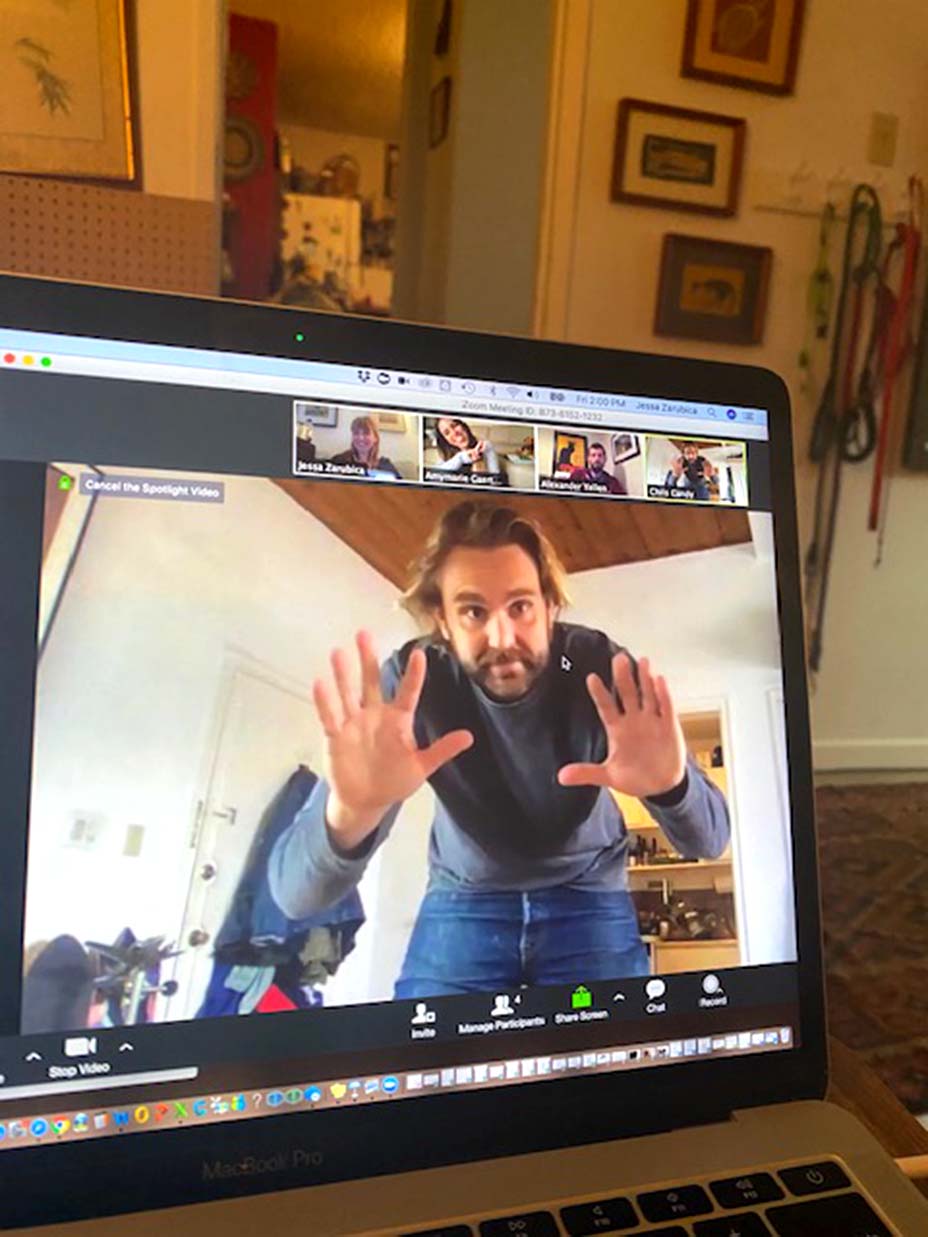 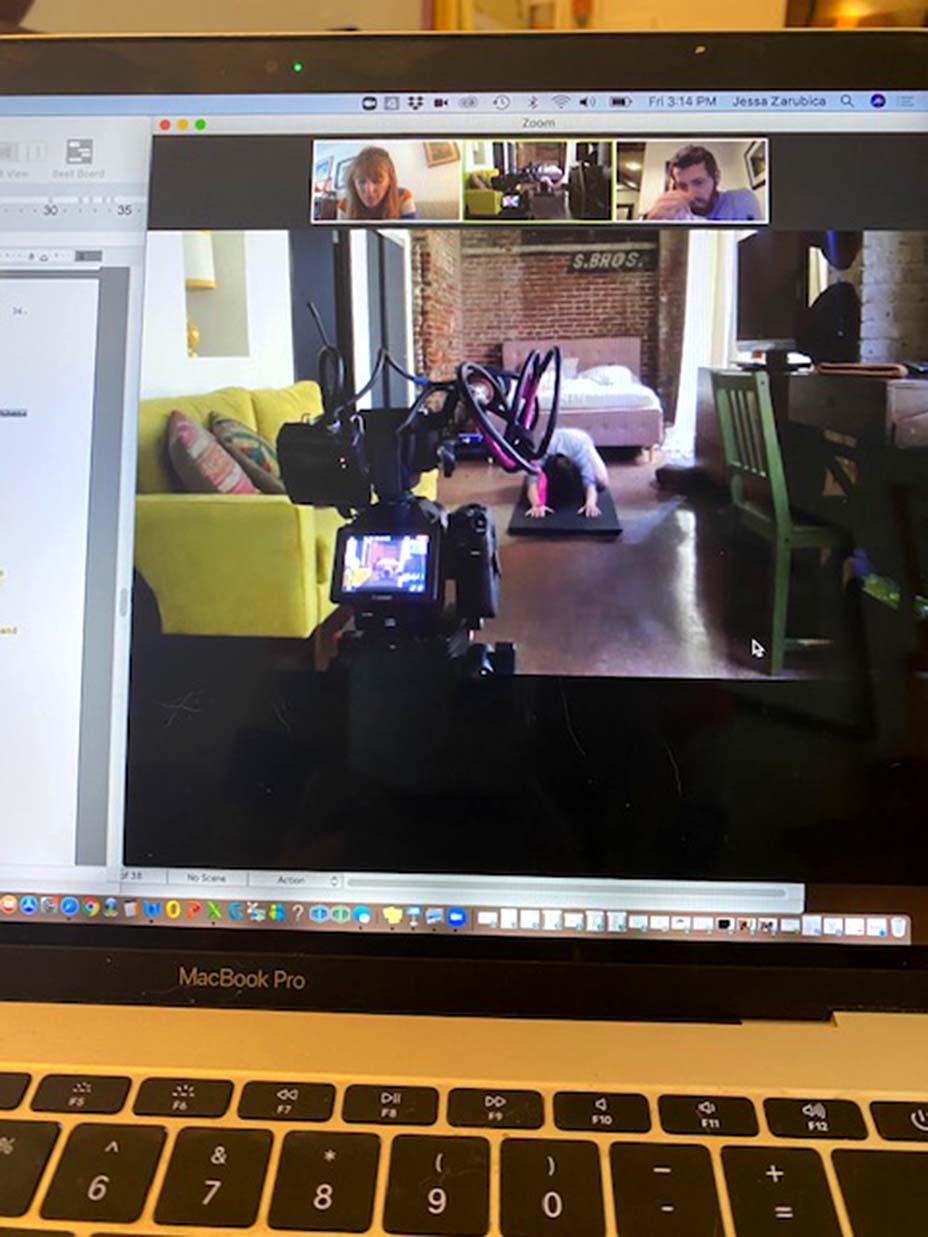 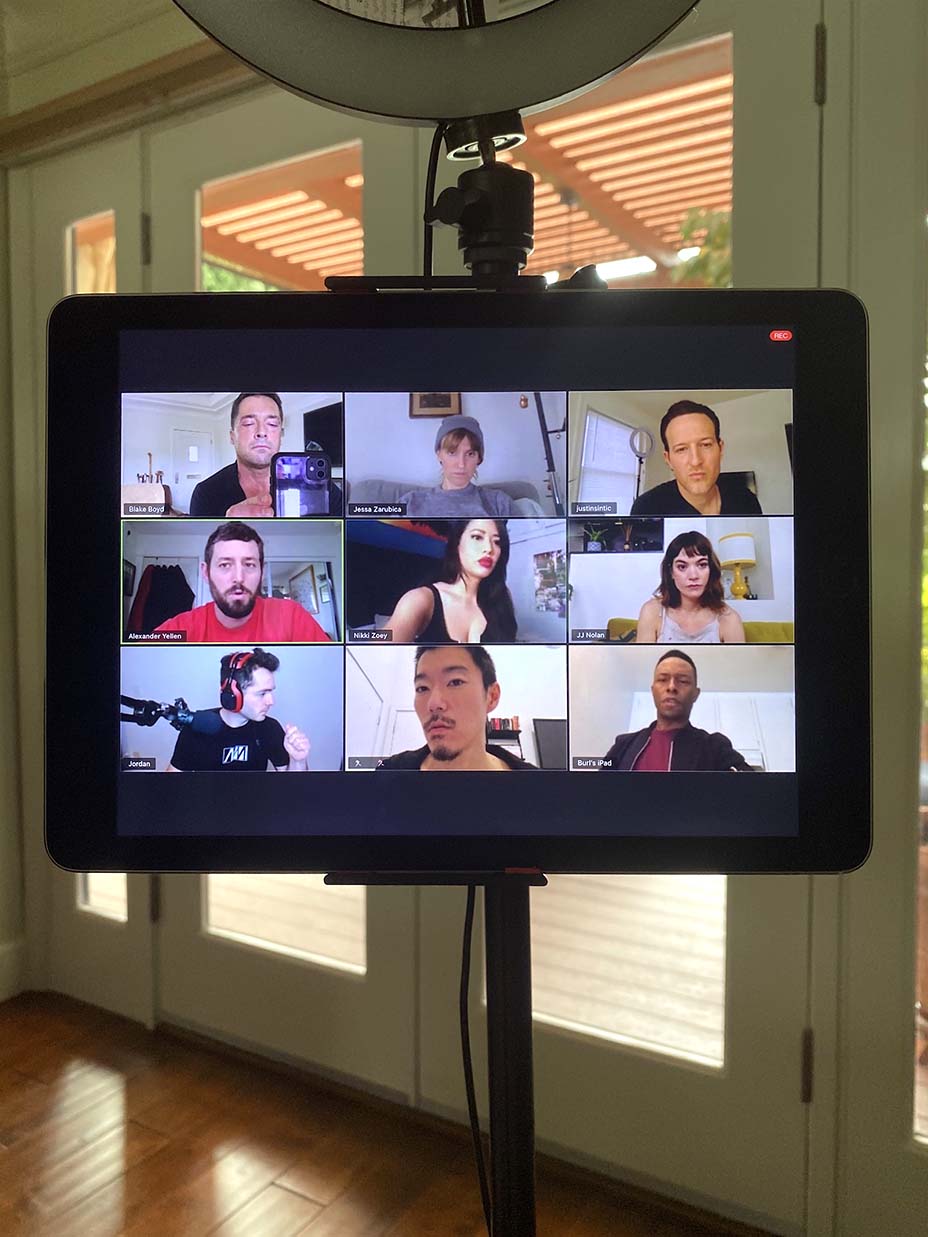 Nolan, a friend of Zarubica’s, was the first actor to join the project. When she got Zarubica’s call asking her to play the co-lead and produce as well, “I was like, ‘Okay, well, I was kind of thinking about picking up embroidery or moving to Santa Fe to become a mountain woman, but that sounds cool, too,'” Nolan says. She pulled in a friend of hers, Chris Candy, to play her love interest. “I had no clue how much work was going to be on our shoulders,” Candy says of quickly saying yes to the part.

He began to get an idea when the Pollution:Studios dropped off a sanitized camera and lighting package at his door before production began. Later, Yellen gave Nolan and Candy an hours-long tutorial on how to use the digital cinema cameras they were provided. During production, Nolan and Candy stayed on Zoom calls with Zarubica and Yellen and, before every take, took a screenshot or filmed a short clip of themselves and sent it to the pair so they could view the camera setup and offer feedback. The actors, director and cinematographer kept trying to come up with new angles and lighting arrangements to make the spaces they were continuously filming in feel fresh.

Trouble spots emerged early on: While fielding their new multi-hyphenate roles on the first day of production, Candy and Nolan improvised most of a 10-page scene, only for Nolan to realize after they filmed their first full take that her screen recording hadn’t saved on her phone. Candy’s Wifi cut in and out. Zarubica’s computer camera stopped working at a certain point, so she watched her actors on Zoom and then offered advice on camera angles with her phone camera.

Cast and crew also realized early on that while an iPhone can screen-record, it can’t pick up sound from a recorded Facetime without costly apps or being connected to a computer. The production’s workaround for Facetime scenes was to have the actors Facetime while connected to their computers while also running Quicktime to pick up the audio. Not everyone pulled off the process on the first try: “There were definitely some actors [where], four takes would go by, and suddenly you realize they have no sound recorded,” Zarubica says. 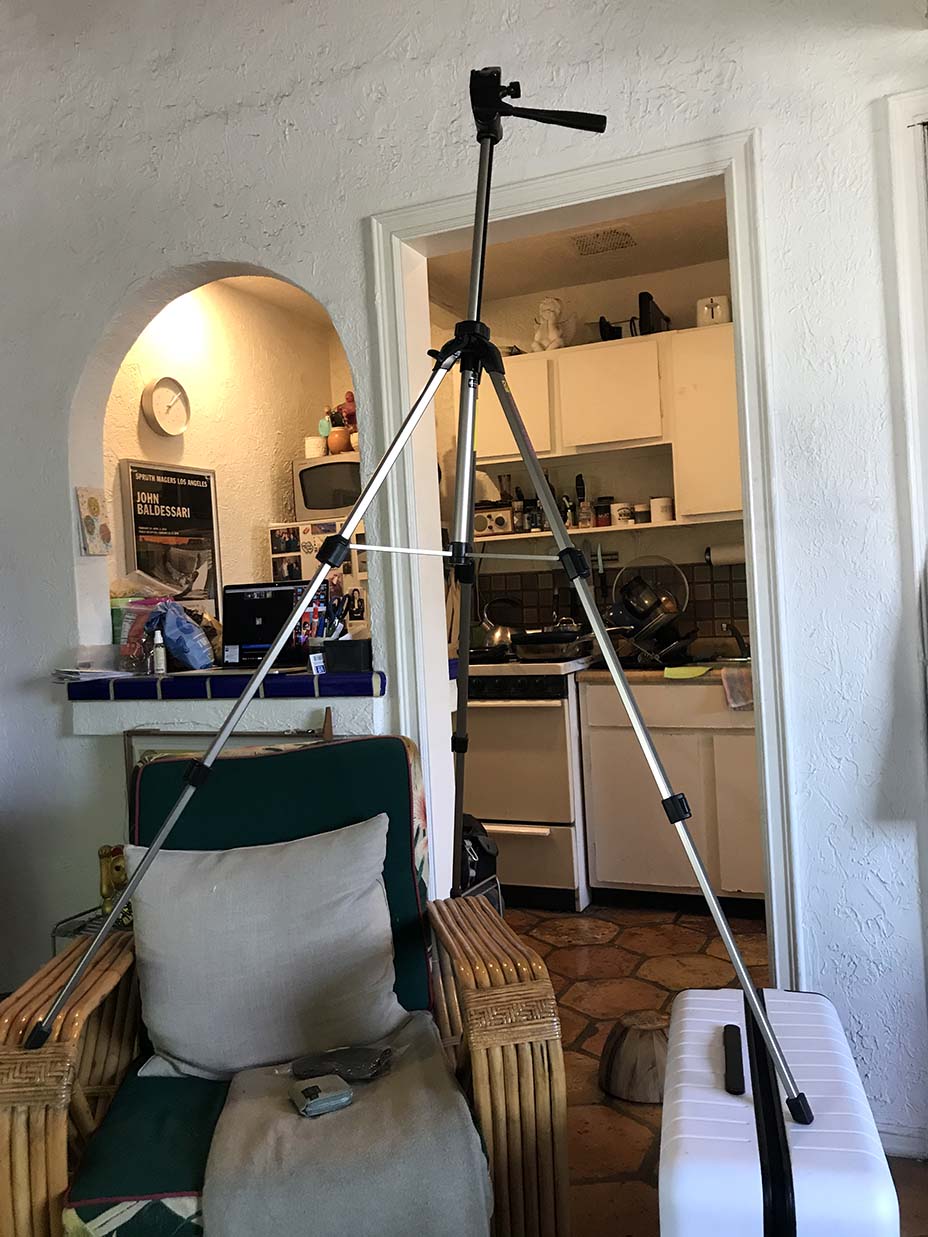 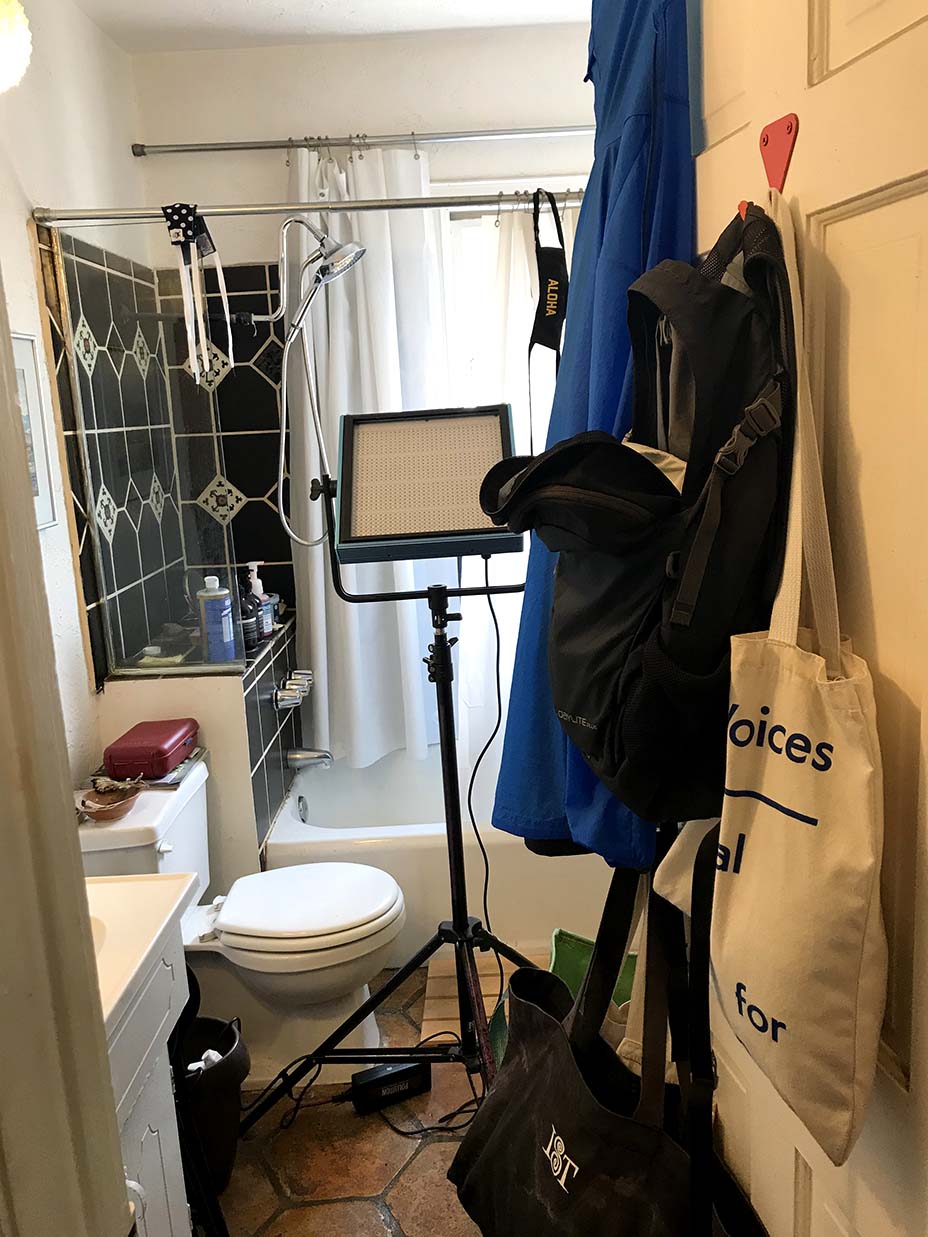 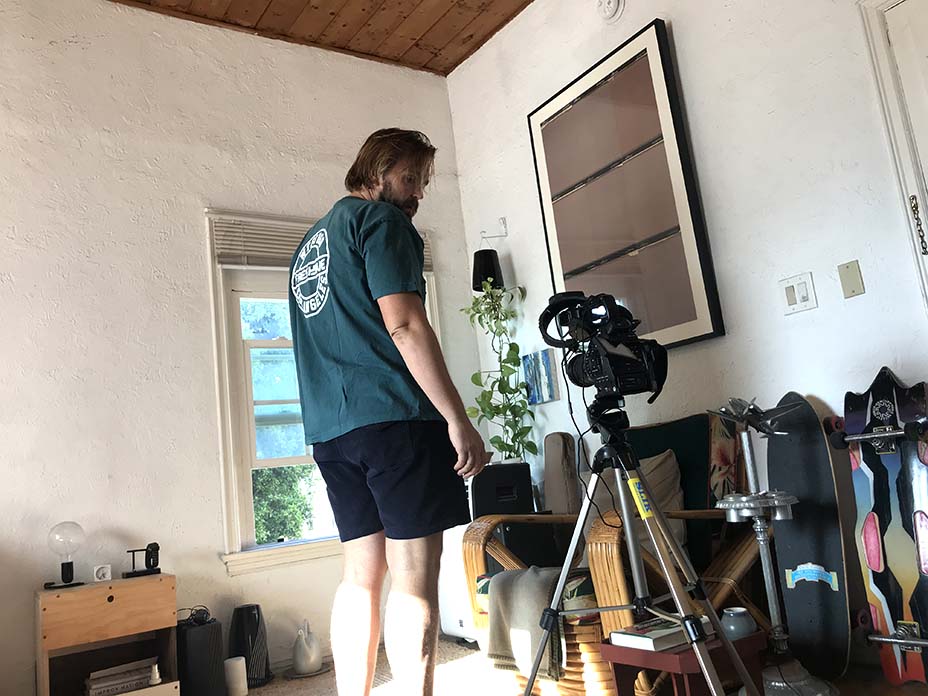 Inevitably, the production process was more time-consuming than on a typical film. Four to five hours of work might yield six to seven shots, given the time it took to sync up shots and troubleshoot technical issues. Yellen, who is used to pulling off 40 to 80 setups a day on a typical film, found himself only able to complete 10 to 15 on Six Feet Apart. To film supporting actors (a group that included Aaron Yoo, Nikki McKenzie, Jordan Maron, Daniella Mone, Amymarie Gaertner, Burel Mosseley, Blake Boyd, Justin Sinitic, Nana Visitor and Allison Baver) who were not sent digital cinema cameras, Zarubica and Yellen relied on Facetime and iPhone recordings. The group ended up filming eight to 10 hours a day, five days a week, with Zarubica writing and sending script pages on the weekends. The process was “draining in a whole other way,” Candy says.

One upside to the unique nature of the production, Candy says, is that he didn’t overthink his performance. “Since there was so much going on, I highly doubt there will be any overacting going on,” he says. Another was that everyone had plenty of time and energy to devote to the project, despite the fact that the film had “no budget,” per Zarubica, due to lockdown and Hollywood’s pause on production at that time: When several actors dropped out of a virtual table read scene, some of Nolan’s friends joined at the last minute, including one who was required to sing for his role. The lead actors also felt that they had more agency when it came to crafting shots and choosing locations than they usually do on-set: “I’ve never had an experience where I can actually come to them with a shot and be like, ‘Hey, this looks cool,’ and they’ll be like ‘Yeah, love it,'” Nolan says.

After over three months of production, Zarubica is now in postproduction on the film and hopes to eventually sell it to a streaming service. Yellen is optimistic about how the film will turn out even without the big budget that larger productions filming during pandemic lockdown have enjoyed: “With a lot of these shows, it seems that more money doesn’t necessarily make it better,” he says. “So even though we’re a small indie, I think our end product is going to be absolutely as creative and as technically well-executed as anything that studio productions have been able to turn out.”

The director hopes the film eventually conveys that before the pandemic, “there was always this invisible belief in our safety and when that’s torn away, we can see the value in each other and we can see the value in in the things that matter.” Candy’s chief aspiration for future viewers in a potentially coronavirus-free world, he joked, is slightly simpler: “My hope is that it’s not triggering for anyone.” 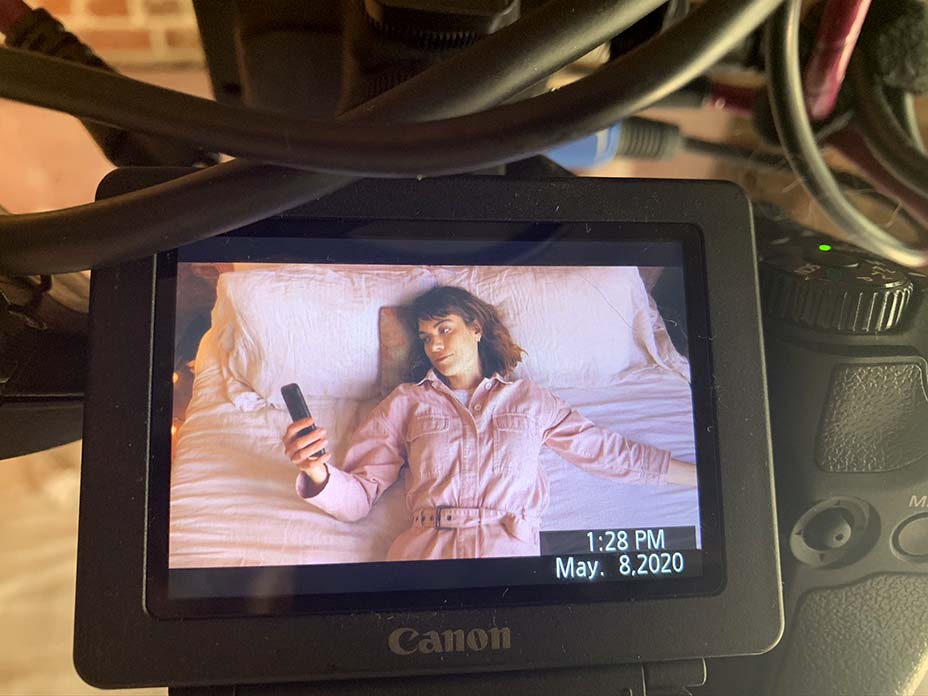