Of the five contenders for the best original song Oscar, three feature in poignantly timed dramas delving into America’s troubled political past, while one comes from a moving Italian film starring Sophia Loren as an aging Holocaust survivor. The other, however, is the climactic final pop song from a Netflix comedy about arguably the kitschiest music competition on the planet, includes lyrics about whales and is co-performed onscreen by Will Ferrell dressed as a fisherman.

“Husavik,” from Eurovision Song Contest: The Story of Fire Saga and named after the tiny Icelandic town where much of the film is set, is quite possibly the wildest of all the wild-card Oscar nominees, a euphoric power ballad that defies the Academy’s usually highly sensible musical norms.

Its Swedish-and-American songwriting team — Savan Kotecha, Rickard Göransson and Fat Max Gsus — are no strangers to success, having penned hits for the likes of Ariana Grande, The Weeknd and One Direction. But they say nothing has come close to the reaction they’ve had to this track (which also happens to be Ferrell’s first brush with the Oscars), despite their somewhat unorthodox use of Google Translate.

Firstly, are you all fans of the rather unique spectacle that is the Eurovision Song Contest?

RICKARD GöRANSSON Oh yeah. It’s been a part of our lives growing up in Sweden. It’s always been here.

FAT MAX GSUS I’m a really big fan, it being such a huge event, comparable to the Super Bowl basically, and one that has so much focus on inclusiveness and acceptance.

SAVAN KOTECHA I actually lived in Sweden for 15 years, but when I was first introduced to it, I was like, “What the hell is this?” I was coming from America and being pretty snobby. But like Max said, there’s this sort of inclusiveness and over-the-top campiness that you just can’t resist. It’s so charming.

How did the three of you team up to write “Husavik”?

KOTECHA Rickard I’ve known for years and we’ve had a couple of hits together, like “Bang Bang” and “God Is a Woman.” We’re all part of a Swedish songwriting collective — me being the only non-Swede — and Max is a younger, newer member who was in L.A. at the time.

GöRANSSON I actually remember when you called me. We were talking about something else and you were like, “Oh, I might do this movie with Will Ferrell about Eurovision.” When Savan calls, he’s always got good things going on, and I’m happy to jump in. But especially when it’s with Will Ferrell.

KOTECHA It was such an exciting day when Will first came into the studio. The whole place was buzzing. Ariana Grande was going to show up. The Weeknd, who was working with Max at the time, was super excited to meet Will.

GöRANSSON That’s the thing, working in music, we all sometimes get a little jaded seeing celebrities. But when it’s a movie star … that’s something else.

Of the songs in Eurovision, “Husavik” is the least ridiculous and actually kind of a serious pop ballad. Were you tempted to up the insanity and throw in a few kazoos or keytars?

GöRANSSON I think Will does a good job making it funny.

KOTECHA Yeah, he adds some fun in. That’s even his character — he’s giving Sigrit [Rachel McAdams] her moment to shine, but even those times that he comes in, he just can’t help himself. But also we were walking down the line of wanting to pay tribute to Eurovision rather than mock it.

How did you decide to use actual Icelandic in the lyrics?

GSUS At one point I think we actually had the whole song in Icelandic! And I was like, is it funnier if only Icelandic people understand it? Basically the Icelandic bit is, “You and me in Husavik,” but the full name of Husavik, which is much, much longer.

How is your Icelandic?

GSUS Thank you, Google Translate! I remember just copy-pasting the entire lyrics into Google and seeing what it ended up with. Some lines sang better than others.

GöRANSSON I spoke to one Icelandic guy who said, “You know it’s not exactly right?”

KOTECHA We even got some help to pronounce the full name of Husavik properly, and still managed to get it wrong. I feel like people in Iceland think it’s a really cute try.

What’s the response been like? Have you had this before with anything else you’ve written?

KOTECHA Personally, with all the luck I’ve had with hits, I’ve never had a reaction like this before, just from the incredible amount of emails, texts and phone calls. Even “I Can’t Feel My Face” was nothing like this.

GöRANSSON I was a little surprised in the beginning when people started reaching out and saying, “Oh my God, your song, I’m crying.” But like Savan said, we’ve had success with other songs, but nothing has compared to this reaction.

And I understand “Husavik” reached No. 2 on the Icelandic charts.

KOTECHA Oh yeah! There was a number of top-five placements on Spotify and iTunes around the world. It’s been pretty wild watching all that happen.

The four other nominated songs all center on messages of social justice that remain timely in today’s world.

“Speak Now” from One Night in Miami 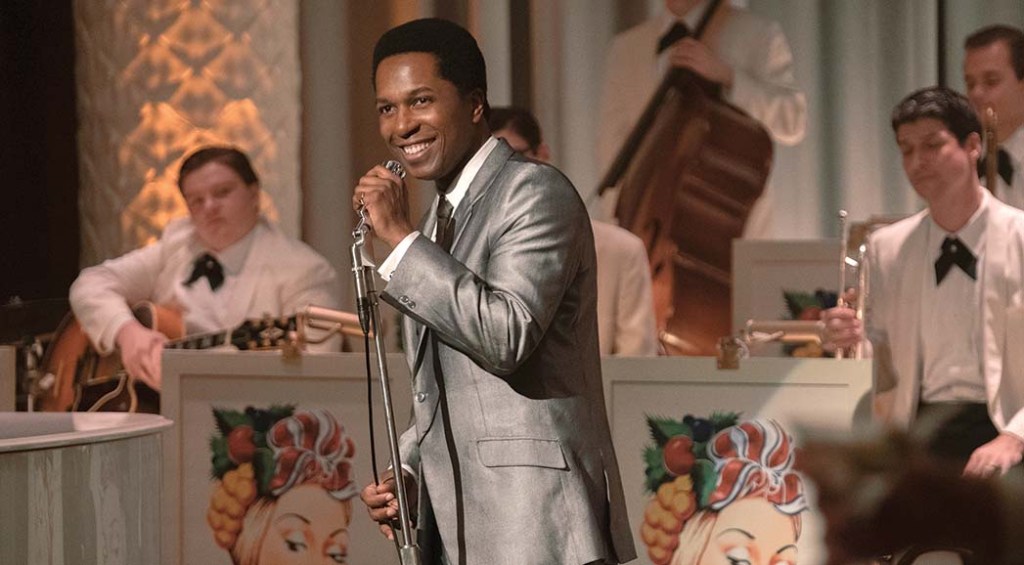 IN A NUTSHELL Slow-build ballad that summons the spirit of ’60s civil rights leaders.

PROCESS “I had written some lyrics, but I scrapped a lot of them once we were able to get on FaceTime and collaborate,” says Ashworth. “Leslie is an incredible singer with a talent for improvisation. Once he started recording his vocals, the melody took on a whole new life.” Adds Odom: “We listen in the pauses and the silences a lot. We’re on a hunt for the words and melodies that feel worthy of taking the place of that silence.”

RESONANCE TO TODAY “As I am affected by the happenings on the planet and in our country, it changes the way I sing the song,” says Odom. “It has a deeper resonance to me the longer I live with it.”

“Fight for You” from Judas and the Black Messiah

IN A NUTSHELL Empowerment R&B song that addresses police brutality, the demand for equality and justice.

CREATORS Performed by H.E.R., who also co-wrote the song with D’Mile and Tiara Thomas.

PROCESS “We started off listening to some Marvin Gaye and Curtis Mayfield, and I picked up the bass and started playing with a few baselines,” says H.E.R. “D’Mile started building the drums and I started singing the hook. Then me and Tiara Thomas started talking about the themes in the movie and how it relates to what we are going through today.”

RESONANCE TO TODAY Says Thomas: “As a Black woman, there have been many times in my life where the treatment of Black and brown people has reminded me of slavery, oppression and inequality, even before the news in recent weeks.”

“Hear My Voice” from The Trial of the Chicago 7 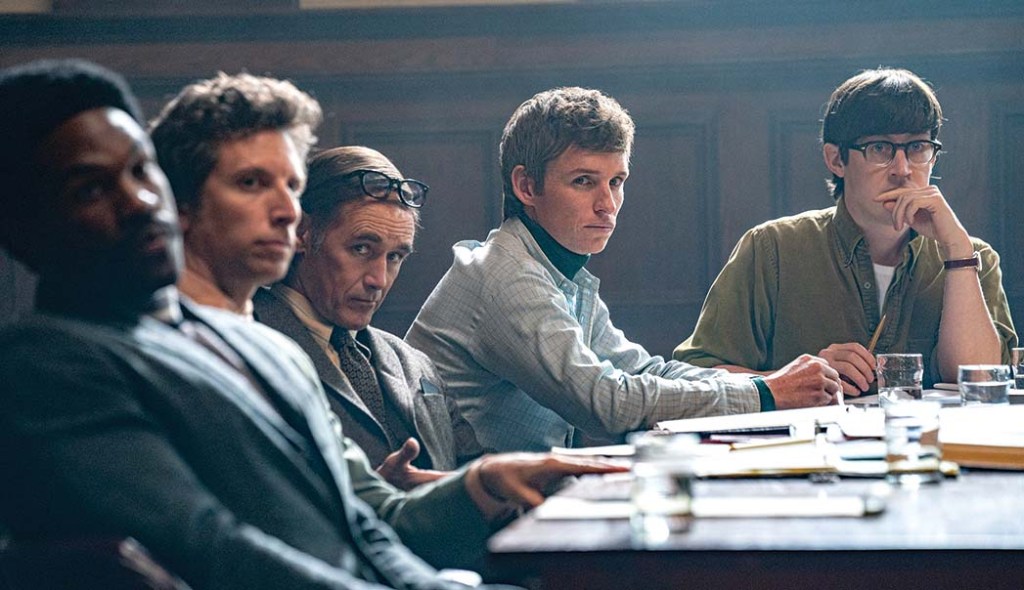 IN A NUTSHELL Soaring ballad that addresses the need for social change.

PROCESS “I started off with the music and the very simple lyrical ideas around ‘Hear my voice, hear my dreams,’ ” says Pemberton. “I had half a song, I wanted to find someone to sing it but also to work with to finish it. Celeste was genuinely my first and only choice. It was during lockdown, and we finished the song over a cavalcade of texts, video calls and terribly recorded WhatsApp messages she did in her bathroom.”

RESONANCE TO TODAY “The song was written for the events of 1968-69, yet after we had finished it, it seemed like the world around us changed and the messages in it became, if anything, even more relevant to today than they did back then.”

“Lo Sì (Seen)” from The Life Ahead 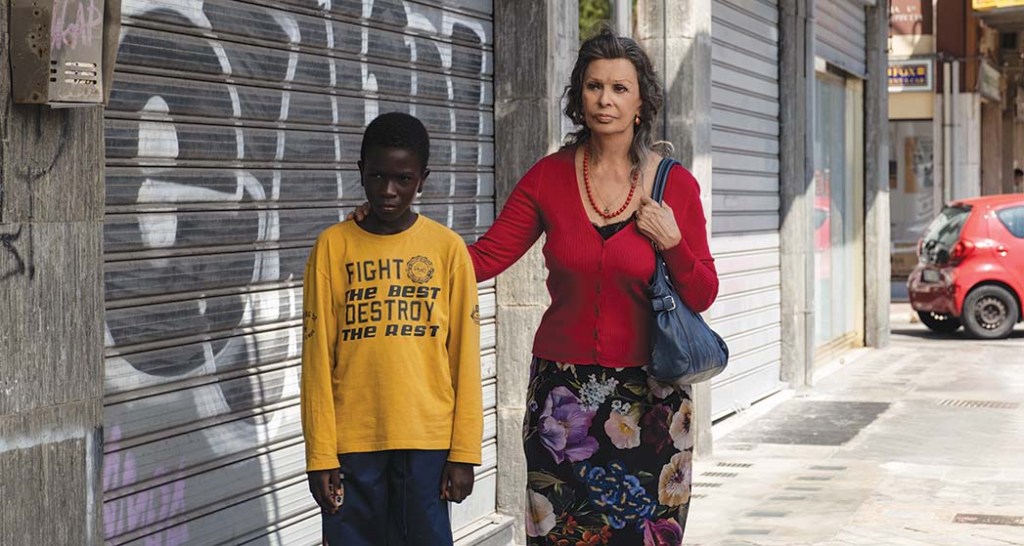 IN A NUTSHELL Power ballad that encourages diversity and condemns prejudice and racism.

CREATORS Written by Diane Warren and Laura Pausini, who sings the song in Italian. Niccolò Agliardi helped translate Warren’s lyrics into Italian and is credited as a co-writer.

PROCESS “I had met Laura [Pausini] before, and we had talked about doing something together,” says Warren. “When I found out the song was going to be done in Italian for the movie, she was the first and only artist I wanted to do it. Her voice just goes right to your soul.”

RESONANCE TO TODAY “The message is that no matter who you are and how the world sees or doesn’t see you, through love and understanding, you will be seen. And you will be loved,” says Warren. “The only way to truly see someone is when you see them not with your eyes, but with your heart.” — STEVE CHAGOLLAN