There was one challenge in making director James Mangold’s racing drama Ford v Ferrari that supervising sound editor Don Sylvester says kept him up at night.

“I knew we had to get the real Ford GT40,” says Sylvester of securing the sound of the car that’s central to the film about racing pioneers Carroll Shelby (Matt Damon) and Ken Miles (Christian Bale). I was afraid if we got [the sound] from a bad library, someone would call and say, ‘You failed. This is not what the car sounded like.’ That fear was with me from the very beginning.”

While the team was able to locate a few original Ford GT40s, convincing their owners to hand over their treasured vehicles to a sound team proved nearly impossible. “They are probably worth $10 million to $15 million each,” he explains. “No one who has a valuable car like that wants to give it to us to drive around a track with a bunch of microphones sticking all over it.”

Finally, the team received a stroke of luck. “We found a guy in Ohio who built a GT40 from original Ford parts and had it certified by Ford as a legitimate GT40. They gave it a serial number and it’s got all the GT40 elements we need — the original engine, the pipes,” Sylvester says.

The team traveled to Ohio to record the GT40 for sound. “We had mics on the transmission housing and transaxles that gave us whines and different interior sounds. It was finding the right sounds for the right places, but we had a lot to work from,” says sound designer David Giammarco, who also served as a rerecording mixer alongside Paul Massey.

The team had found their Ford, but they still needed to locate a classic Ferrari. The GT40 owner introduced them to a collector in Atlanta, who owned a 1959 Ferrari Testa Rossa with a V12 engine that featured the same number of cylinders and pipes as the model in the film. They also recorded other classic cars and the sounds of a racetrack. “We had all of these original recordings as a base, and we augmented them,” Giammarco explains.

For the final mix of the film’s climatic 1966 24 Hours of Le Mans race (the scene lasts about 25 minutes), Massey says they balanced the use of music with the roars of the engines: “We had to pick and choose the moments [to give the race] a feeling of emotion.” 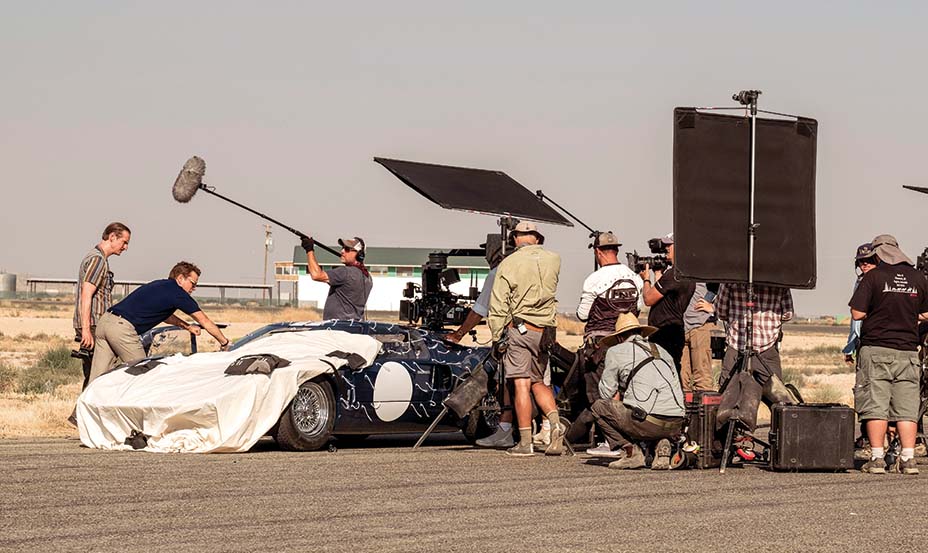