When it comes to superhero movies, visual effects don’t always get a lot of respect. The last time one of these films won a VFX Oscar was in 2004, for Spider-Man 2. And this year, only one superhero movie, Marvel’s Guardians of the Galaxy Vol. 2, fielded a VFX team that earned a ticket to the Dolby Theatre. They’re hoping to beat the odds thanks to the film’s complex effects created by a dozen vendors.

The degree of difficulty they embraced is evident in the movie’s final battle, which pits the Guardians against Ego, a “Living Planet” that also takes the human form of actor Kurt Russell. The sequence’s visuals, with Weta serving as lead VFX house, were inspired by the comics, and the unique visual style was created with fractals — mathematically generated patterns — influenced by the work of fractal artist Hal Tenny, who served as a consultant.

“To get the computer-created and mathematically derived aesthetic, we used the algorithms and had to translate them into a VFX pipeline,” explains effects supervisor Christopher Townsend. “The final model build for planet Ego was about half a trillion polygons.” Within this CG world —Townsend says it’s the most complex he has ever created — the team staged an epic battle that included live-action characters such as Chris Pratt’s Peter Quill and fully CG creations like Rocket and Baby Groot. 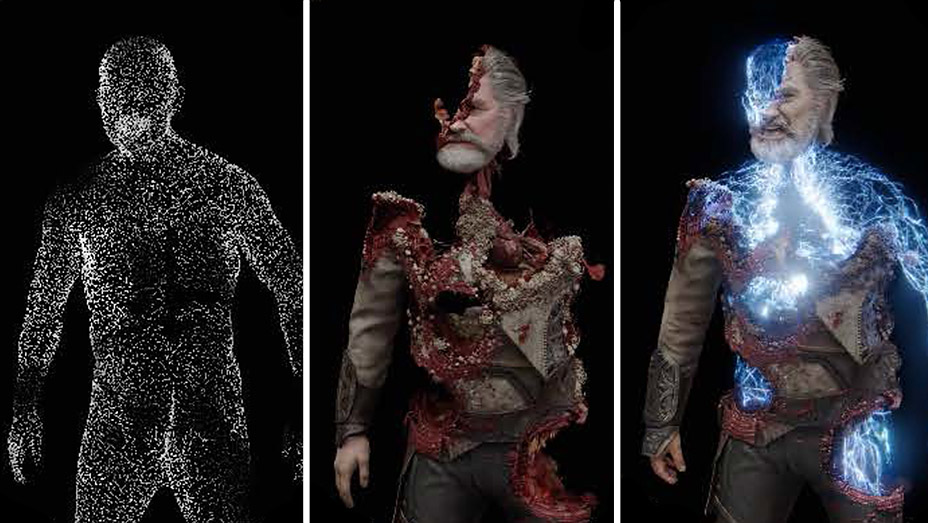 In order for Ego to morph into different forms, delicate digital double work was required. “Weta created a digital version of Kurt, down to matching individual pores and hairs,” says Townsend. “When Ego creates his human form around his celestial framework over a sequence of shots, Weta mocked up Ego’s physiology with multiple passes — his skeleton, organs, muscles, skin and finally clothes and hair. We experimented with the timing and nature of the reveal of each of these building blocks, often overlapping them and playing them to the framing of each shot. As Ego was speaking throughout the reveal, we played with the delivery of dialogue via a skull only or by half skin/half muscle.”

When Quill finally blasts Ego apart, only to see him regenerate, Townsend says, “We had to figure out how to destroy a human body, then rebuild it, inside of a PG-13 rating. We landed on a true representation of all the organs, bones, muscles, veins and nerves. But as the cells were getting destroyed by the energy blast, they would mutate back using the same 3D fractals that were seen elsewhere in Ego the planet; this added an alien element, an almost mathematically derived aspect to what could have been very gory. Instead of blood, the celestial framework’s blue energy was flung from the destruction points.” 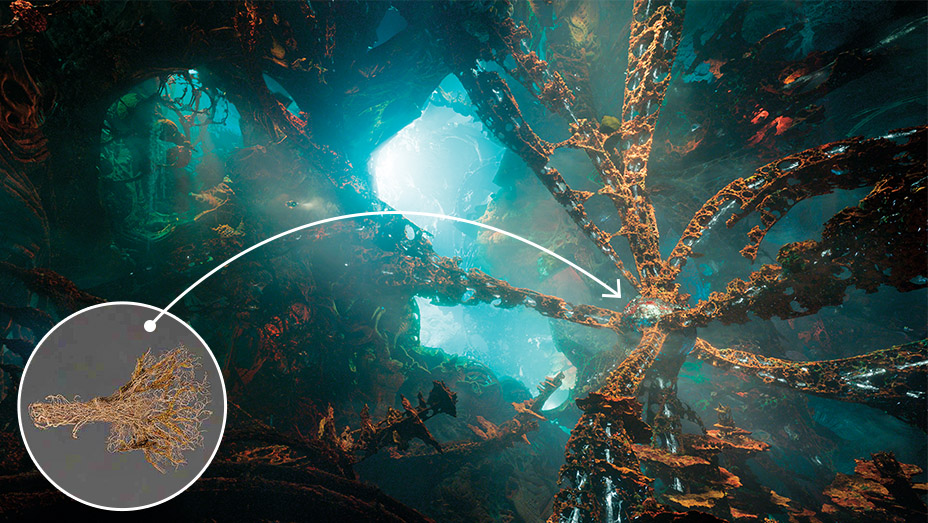