This weekend, composer John Powell says goodbye to a friend.

With How to Train Your Dragon: The Hidden World in theaters, Powell is closing his decade-long partnership with Toothless the Night Fury, the lovable dragon audiences met in 2010 and who helped the composer earn an Oscar nomination for original score. The Hidden World picks up with Hiccup (Jay Baruchel) trying to find the dragons a new home and save them from overpopulation.

With the How to Train Your Dragon trilogy, Powell appreciated that writer/director Dean Deblois talked in non-musical terms. “The easiest thing for a composer is to talk about what the characters are trying to achieve, and focus on the language of story,” Powell tells The Hollywood Reporter. “In the same regard, Dean is only interested in how the emotion of the music strikes him, not whether it’s the strings or brass that achieves it.”

The conclusion of trilogy has Powell in a reflective mood, and in a wide-ranging interview with THR he discusses his early years, a crazy bet filmmaker Doug Liman made over The Bourne Identity‘s box office, and working with Phil Lord and Chris Miller on Solo: A Star Wars Story before their firing.

“I got a very early start, thanks to my father,” the 55-year-old English composer recalls from his adolescent years. He started learning the violin at the age of seven and ultimately graduated from the Trinity College of Music in London in 1986. Powell had intended to write classical concert music upon completing school, but he began working at the historic Air Studios, which was partially owned by legendary Beatles producer Sir George Martin.

Powell performed his fair share of menial tasks, but gained an education in mixing. “I would be making tea or working the tape machine,” Powell says. “But at the overnight sessions, I got to work with some incredible engineers. Realizing how adjusting just half a dB could make everything gel together, or give a track that punch you’re looking for… it truly is an art form constituted by thousands of tiny details.”

Powell didn’t have any run-ins with Martin during his tenure at Air Studios, but the two would eventually meet when Powell was a jingle writer. “A few years later I was unloading a lot of very heavy equipment from the back of my car,” Powell recalls. “Then this voice asks me, ‘Can I help you with that?’ I turned around and it was George Martin, who wasn’t young, even at that age.”

“I wasn’t going to be the one to ruin George Martin’s back, but what a lovely thing that was… the humility of a great artist,” says Powell.

Looking to expand beyond jingles, Powell relocated to the United States. Within a week he was offered a position scoring films with Hans Zimmer, whom he describes as incredibly supportive. When it came time to leave Hans’ employ, Powell found it bittersweet.

“At a certain point, you realize that he casts a very long shadow. There was a moment when I had to step out of the shadow and remove myself from his organization,” Powell recalls. “It was very hard because I’d loved being there, it was family. It took me a little bit of time to come to terms with it, which was around Shrek I think.” 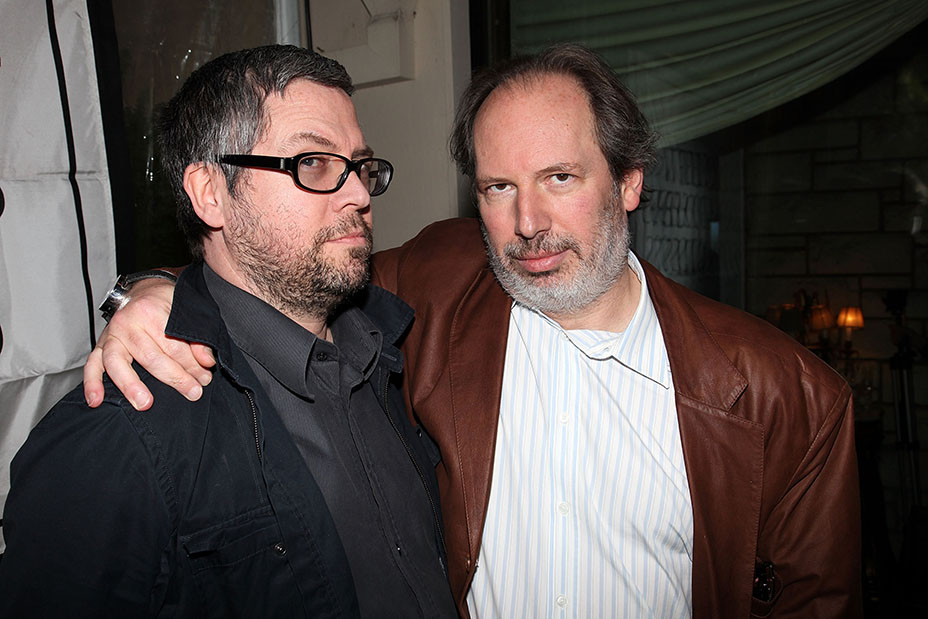 A few films after Shrek Powell landed 2002’s The Bourne Identity, which was his first opportunity to “solidify a sound that wasn’t representative of my time working with Hans.”

Powell was hired to replace Carter Burwell, who parted ways with director Doug Liman after using the majority of the film’s music budget to record a big orchestral score that wasn’t meshing with Liman’s vision for the film. As a composer, Powell was energized by the prospects of doing a “minimal groove,” propulsive score, as opposed to the massive bombastic work he’d done with Zimmer.

“The fact that we didn’t have money paralleled the idea that of what the film was, and it paralleled my journey away from Hans,” Powell says.

Liman was open to letting Powell experiment within their six-week window.

“It was enough time to write a score, but not enough to have a lot of revisions,” Powell says. “He seemed to calmly accept this, it certainly went along with the ‘Indie Bond’ idea. The film almost had a documentary type feel for those kinds of spy movies.”

Liman didn’t believe that his spy thriller would earn $100 million at the box office. “He sort of made an off the cuff remark that if it did more than $100 million he’d put Bengay cream on his testicles,” Powell recalls.

After the film crossed that threshold, ultimately earning over $214 million, Liman called everyone to the dub stage to pay up. 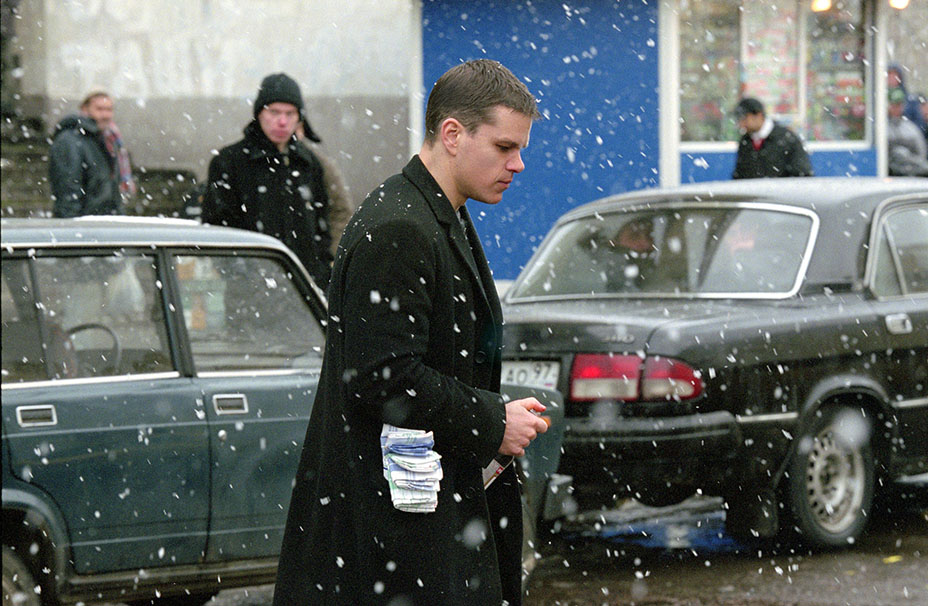 “What I’ll say is that Doug Liman is a man of his word,” Powell says with a laugh. “There was some yelling, a bucket of ice was nearby. He definitely used far too much.”

When Liman left the Bourne franchise, it was “a bit of a shock” to Powell. Director Paul Greengrass was brought in to replace Liman, leaving Powell unsure of his Bourne future.  Franchise producers gave Powell a copy of Greengrass’ film, Bloody Sunday, for the composer to study.

“I was impressed at his artistry and very moved by the film, but the worrying thing was that it had no music,” Powell recalls. “Luckily, Paul came in and said, ‘Look, I know I’m walking into a franchise. I really liked the music on the first one, so keep going.’”

Greengrass and Powell went onto collaborate on three Matt Damon-led films: The Bourne Supremacy (2004), The Bourne Ultimatum (2007) and Jason Bourne (2016). One of the more fascinating musical cues from the Bourne series is a very faint, hollow noise similar to the sound of the wind. Powell achieved this with a Tibetan flute. “I just love it as a sound, and there were some big drums as well that I used with it, which are two diametrically opposed sounds,” Powell says. “It brings a lot of intrigue and makes you very tense as an audience.” (Listen below, audible at 20 seconds and again at 35 seconds.)

In discussions with Liman and Greengrass, Powell wanted to take the music out in places and tease the sounds a la the Tibetan flute and drums combo. “In the 1970s, films had much less much score. In the ’80s and ’90s it got to where it felt like there was no silence,” Powell says. “It was almost at a saturation point.”

Powell has done two superhero films in his career (2006’s X-Men: The Last Stand and 2008’s Hancock), but he doesn’t seek out the work.

“I’m not a big guy for comic books or any of that,” Powell says.

The composer was won over by the third X-Men film’s script, which introduced the idea that mutant powers could be removed and which saw several X-Men characters — including Magneto and Mystique —forcibly “cured.”

“I remember reading it and thinking this is a great metaphor for ‘pray the gay away,’” Powell says. “I loved that they were putting this story right in front of everyone, the idea that you could be cured by your supposed illness which is your superpower.”

A few years laters he found himself working on the first Dragon film. Powell found the “forbidden friendship” scene to be the hardest to score, putting it off until the end. This move allowed for the animation to be fully rendered, giving the composer the ability to read the intricate facial details.

For How to Train Your Dragon: The Hidden World, Powell found the toughest scene to be the beach scene with Toothless and the Light Fury. “It’s their kind of dating moment, I call it ‘Third Date’ on the album,” Powell says.

The dragon date is a six-and-a-half-minute scene with little dialogue, relying heavily on the music. “It really kind of killed me,” Powell says with a laugh. “The animators did such a wonderful job with the pantomime of that scene, that I really had to work to make sure the music matched that quality.”

In terms of process, Powell usually starts writing music when a ‘rough cut’ is delivered. For Disney’s Solo: A Star Wars Story, Powell recalls scoring scenes while directors Phil Lord and Chris Miller were still on the film, before their firing in June 2017.

“I’d done a couple of scenes where we thought music would be need within the picture, like the Catina band in the original,” Powell says. “One of them did make it in the film, which is at the party where two aliens are performing.”

Powell learned to lean on his film scoring experience when writing classical music for his 2018 album Hubris.

“I didn’t realize how much my working with filmmakers, and working in story, affected the change in my ability to write music,” Powell says. “Just because the music is for the concert hall and there’s no visual imagery, it doesn’t mean I can’t tell a story. You can absolutely make programmatic music that tells a story.”

Powell has potential plans for a live performance later this year with a youth orchestra he played in 40 years ago as a child in England.

The composer has some trepidation ahead of the potential performance. “I’ve never played any other instrument as well as I play the violin, which I haven’t practiced in a while and unfortunately it’s not like riding a bike,” he says. “I’ll have to break out the viola because I know I wouldn’t be able to perform the violin part. If I practice all year, I might have a shot at avoiding embarrassment.” 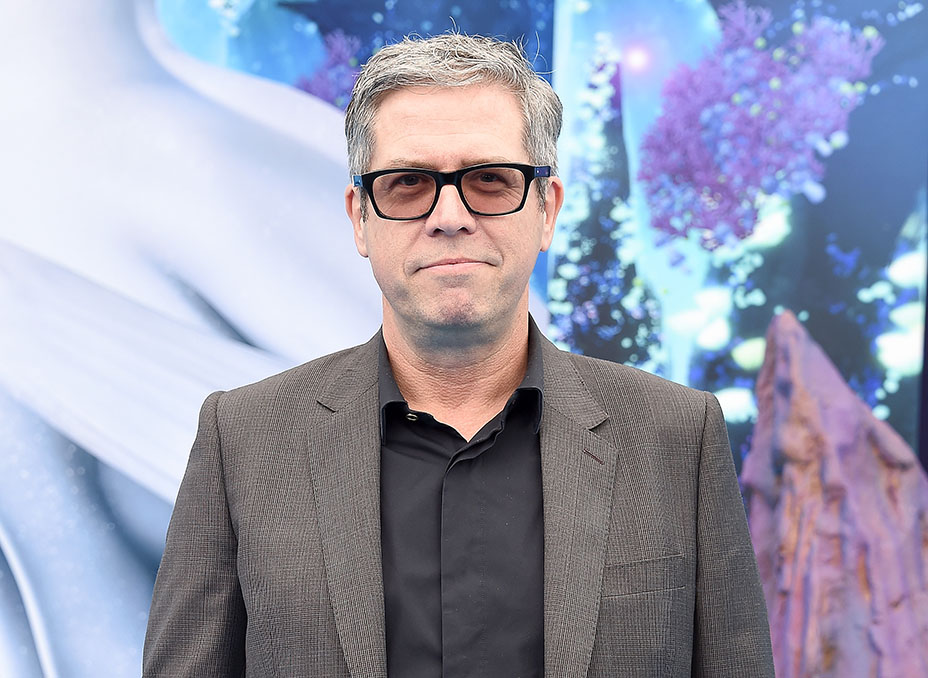 When Will "Netflix for Games" Become a Reality?