From the early stages of crafting his debut feature The Night, Kourosh Ahari envisioned a tale of fear, loss and discovery that anyone from any part of the world could relate to.

“Even though making this as an Iranian film was important to me, I still wanted to make a movie that connects with people around the world,” Ahari shares of the mostly Farsi-spoken film. “It’s a very universal theme and story that everyone, whether Iranian or not, can connect to because it’s talking about the human condition that’s shared among all of us around the world. ”

The Night provides a unique and historic offering to Iranian cinema, being a U.S.-produced psychological horror featuring primarily Iranian and Iranian-American talent. The film is the first American production approved for theatrical release in Iran since the country’s 1979 revolution. As a horror film, it is also a fresh addition to a fairly niche genre for Iranian filmmakers (other well-known titles being Babak Anvari’s psych-horror Under the Shadow and Shahram Mokri’s slasher Fish & Cat).

Ahead of the film’s U.S. theatrical release through IFC Films, The Hollywood Reporter spoke with cast and crew to discuss the journey to make The Night while following strict guidelines imposed by Iran and hopes for how the universal yet haunting message will be received by all audiences. 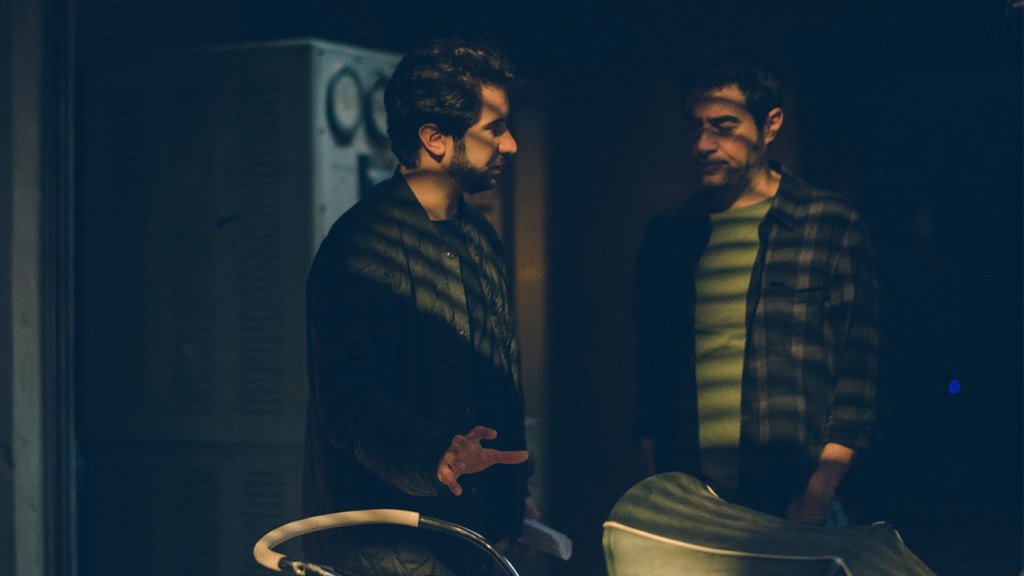 Though the setting for the film is eerie enough to cause goosebumps — Los Angeles’s mysterious yet real-life Hotel Normandie — director and co-writer Ahari says his goal for The Night was primarily to explore a darker side of the human experience, which can be far more terrifying than any jump scare or gory visual.

“The real fear comes from the secrets they are keeping,” Ahari says of the central characters, Iranian ex-pats Babak (Shahab Hosseini) and his wife Neda (Niousha Jafarian) who experience disturbing phenomena while staying overnight in a creepy hotel.

At the start of the film, it is clear the couple are experiencing marital problems, inflicted in part by their long separation after Babak came to America before his wife. Yet, as Ahari teases, there’s much more to their issues than each is letting on. With no guests in the hotel and barely any staff — just one kind yet quietly unnerving night receptionist played by George Maguire — Babak and Neda are left alone to endure the strangeness of the night and what it reveals about each other’s past and present. 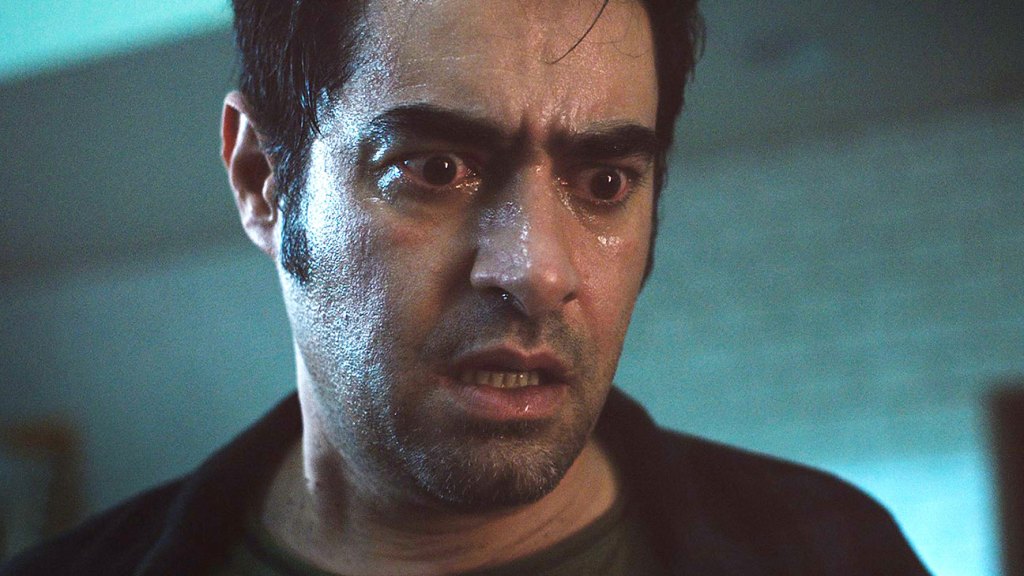 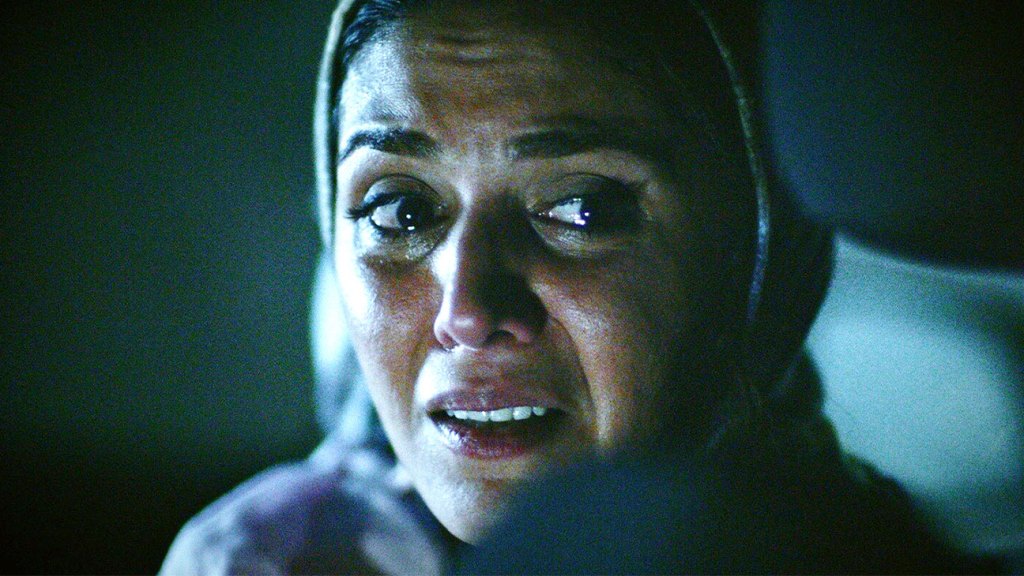 Hosseini notes he was drawn to the project after learning “a young fellow countryman” would be working on this project and finding a script that captured him until the final scene. “I read the script and imagined whether the audience would watch the movie to the end,” he tells THR. “If a script takes me along to the last page, I will take the part. Otherwise, my answer is ‘no,’ no matter how fancy the offer is. An actor should first believe in what he/she performs. Without such a belief, it is sheer business.”

As for Jafarian, she notes the mysteriousness of the script drew her in as well as the notion that the Iranian-American couple’s ethnicity was not the central focus of the story. “Telling these types of stories that focus on basic human emotions of love, loss, regret, fear and survival regardless of the politics and ethnicities of their characters is important because suddenly you end up with this Iranian couple that you can actually empathize with. That you root for,” Jafarian says. “You see parts of them in your life with your own relationships — as a wife, as a mother, a husband. This is what connects. I love to be a part of stories that continue to use this simple rule: Show the human first.”

For Ahari, employing a diverse cast and crew was always important as he wanted to foster a community that could “come together and make films and celebrate part of their culture.” For instance, all department heads from production through post were Iranian or of Iranian descent. 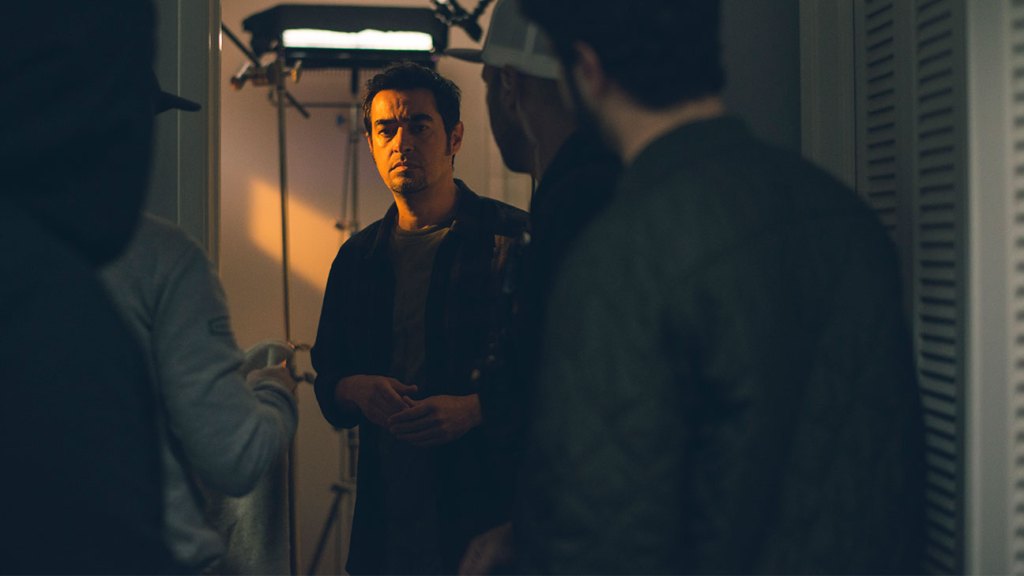 The director adds how pertinent it was for this messaging to remain intact between The Night‘s Iranian and American release — an often difficult feat, as Iran has strict guidelines for what can be released to moviegoers.

Before an Iranian-produced film can begin, a screenplay must be submitted to the examination commission at the Ministry of Culture and Islamic Guidance. Following filming, the project is examined once more to ensure all regulations were followed. Such censorship has received backlash from Iranian filmmakers including Asghar Farhadi (A Separation), Mohammad Rasoulof (There Is No Evil) and Rakhshan Bani Etemad (Under the Skin of the City).

The Night, which was a U.S. and Iran co-production, received its permit before the Trump administration’s new sanctions on Iran at the end of 2018.

“The movie that we’re going to be releasing the U.S., there is no single frame that is different than the one released in Iran,” Ahari says. “I wanted to make that happen and encourage Iranian filmmakers, while they should tell their story and care about it, there’s times where you can still make films and release it in Iran.”

Hosseini, who has starred in Asghar Farhadi’s A Separation and The Salesman, shares he was “very happy” to learn of the historic achievement for The Night in becoming the first U.S.-produced film to receive a license to release theatrically in Iran since the revolution.

“I have always thought art and culture have their own domains and should not be blurred by politics. In the sphere of art and culture, boundaries are senseless; it is the intimacy of universal visions and thoughts that create mutual understanding among shared works of art. The focal point in art and culture is human,” he adds. “The Night certainly can lead to a deeper understanding and cultural exchanges between countries.”

“I can only hope that U.S./Iranian relations improve so that Iranians can see more U.S. produced films,” Allard adds. “With the change in our political landscape, maybe that will happen someday.”

The Night releases in select theaters on January 29 as well as VOD and digital platforms.