Continue to The Hollywood Reporter SKIP AD
You will be redirected back to your article in seconds
Skip to main content
February 3, 2020 11:15am
Logo text

When Martin Scorsese began to plan the period look of The Irishman, he spoke with three-time Oscar-nominated cinematographer Rodrigo Prieto about the notion of memory.

The Netflix drama follows hitman Frank Sheeran (Robert De Niro) as he looks back, in 2002, on his life. The bulk of his story takes place during a cross-country drive to Detroit during the ’70s (“the present”), with flashbacks to the ’50s and onward (“the past”). “Scorsese wanted the past to have a sense of memory, and he even said that it could have a feeling of a home movie,” explains Prieto. “But he didn’t want to film it in terms of a home movie with a handheld camera.”

Prieto researched amateur still photography and emulsions. “That, for me, is the equivalent of home movies,” he says. Scenes set in the ’50s had a look evocative of Kodachrome, and those in the ’60s, of Ektachrome. “For the first part of the ’70s, it was a ‘regular’ motion picture film look,” Prieto says. “Right after [Jimmy] Hoffa is killed, I applied a look that’s based on a feature film printing process, which basically takes away color and adds contrast, creating a desaturated look. That’s why at the end of the film the colors are muted and it’s the opposite of Kodachrome.”

Scorsese also wanted the movie — which was shot on location and on stages in and around New York — to be subjective. While the camera behaves differently for each character, the approach is primarily from Sheeran’s perspective. “He was a very practical and methodical man, so the camera also behaved in a simple way,” Prieto explains. “The camera is either just a static wide shot or panning with him as he approaches the person he’s going to kill. That’s why the movie feels less kinetic than other Scorsese movies.”

One of Prieto’s favorite scenes is Sheeran’s honorary dinner. “I was very scared of it when I read the script,” he admits. “That’s a long section in the movie [with] many layers. It’s a celebration, but then there’s all these dialogue scenes that are supposed to be hidden [from other characters]. They are saying very delicate stuff. At the same time, people in the room have to be witnesses to what’s happening. I struggled to find a way to light it that felt like a celebration for Frank but at the same time had this underlying menace to it.” 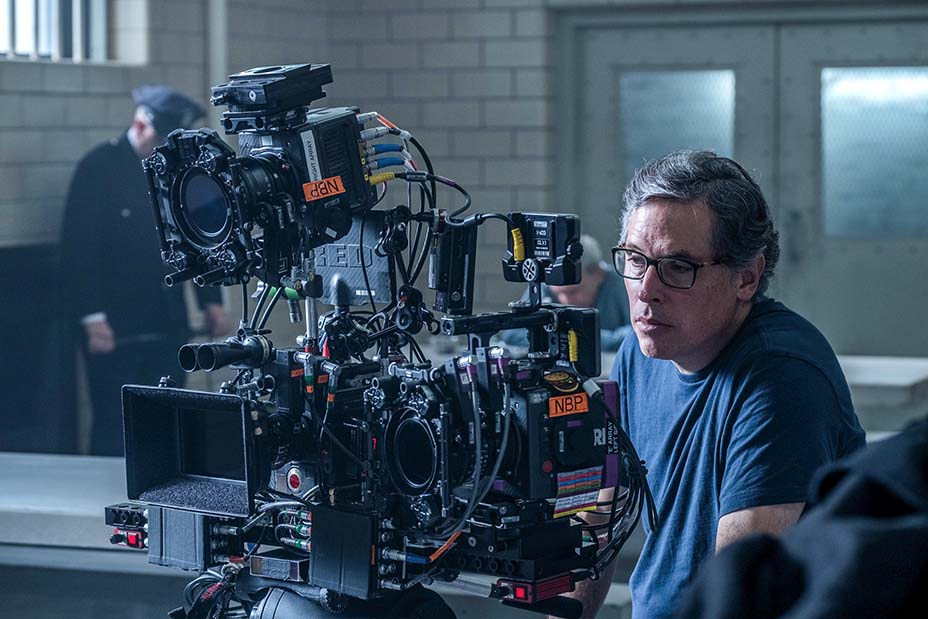 He opted to use “red lampshades and a spotlight to highlight certain moments,” noting that this approach “works from many different points of view.”

Prieto says of the sequence: “You are in that moment: You’re feeling the dread that Frank is going through, knowing that his dear friend is being totally inflexible. … The Mafia is thinking that they have to kill him. It’s a very powerful moment in the movie.”

The DP elaborates that he also chose red as a sort of throwback to other movies in which Scorsese used this color for drama. “In Goodfellas, when they open the trunk of a car and there’s a man … who was supposed to be dead already, it’s all lit with a stump light. So the car has this red color to it, and it’s very powerful.”

This story first appeared in a February stand-alone issue of The Hollywood Reporter magazine. Click here to subscribe.