In what seems destined to become an iconic film scene in Damien Chazelle’s La La Land, Emma Stone and Ryan Gosling share a romantic dance as they walk to their cars after a party — all against the backdrop of the setting sun. It’s literally “magic hour,” that brief period during which the light softens as the sun disappears from view.

According to Oscar-nominated cinematographer Linus Sandgren, the roughly six-minute uninterrupted take, which was shot in September 2015 in Griffith Park overlooking Burbank, required a lot of careful planning.

“We found a very remote spot — a paved road with no streetlight,” he says. “We wanted to shoot it in one take to give the audience that sense that it was happening for real. To do that, we had to shoot on a crane. There were 27 different marks on the crane to hit, and the actors had to hit their marks as well.” 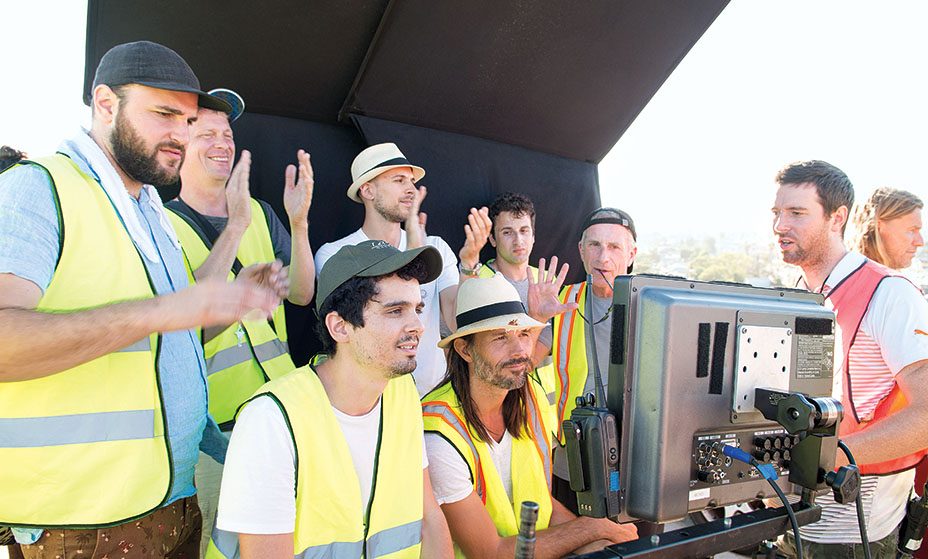 Filmed in Super 35mm, the ambitious shot is consistent with the overall color palette of the film — lots of pinks, blues, greens — and also was inspired by the Technicolor films of the ‘50s and ‘60s. “This scene was meant to be a very romantic moment after the party. And we wanted to take the real location and make it more dreamlike — blues and magic hour with green streetlights,” says Sandgren of the lighting.

After plenty of rehearsals, Chazelle filmed two takes once the sun was in the desired spot, one at 7:20 p.m. and one at 7:30 p.m. The following day, the schedule was repeated, and the take filmed at 7:30 p.m. on the second day became the one that appears in the movie.