Their stories may seem quite dissimilar, set in different nations and representing different countries in Oscar’s international feature category, but Ladj Ly’s and Mati Diop’s projects have plenty in common when one scratches below the surface. Both were inspired by their own lives, both were short films first and both were breakout award winners at Cannes. Now, they’re both on the shortlist of 10 contenders.

There’s a photo of Ladj Ly, taken by French photographer JR, back in 2004. It shows the French director in a white T-shirt and tightly shorn hair. Ly holds a video camera in his hands, cocked like a submachine gun, pointing straight at the viewer. His eyes look out, barely controlled fury behind them.

Ly, 39, wears his hair longer now, and a ready smile has replaced that intense stare. But that fury, the desire to make people see what he sees, still drives him. It’s in every jumpy frame of Les Misérables, Ly’s feature debut, a story of police brutality and revolt drawn directly from the details of the director’s life growing up in the banlieues, the tough immigrant housing projects on the outskirts of Paris. Ly’s neighborhood is Montfermeil, the setting Victor Hugo chose for his 1862 novel Les Misérables, another tale of poverty, repression and revolution.

“Victor Hugo described the social misery [of Montfermeil] perfectly,” Ly tells THR. “It’s not the same epoch, but poverty remains in this area. That’s what my film does, it shows the reality of social misery in this country.”

Ly’s Les Misérables premiered at Cannes, where it won the jury prize and caught the attention of French President Emmanuel Macron, who said he was “shaken by the accuracy” of Ly’s depiction.

Ly, the son of a garbage collector from Mali, has been recording life in Montfermeil, where he still lives, since he first picked up a camera 15 years ago. He quickly started “copwatch,” filming police abuses in his neighborhood well before the era of camera phones or drones. In 2005, he filmed the riots there that shook France, turning it into a doc, 365 Days in Clichy Montfermeil, that proved too intense for French TV, which refused to broadcast it. In 2008, he filmed an act of police brutality just outside his home on Picasso Street. The video went viral.

“It exploded,” Ly says. “It actually led to the officer being fired — which had never happened in France before.” Seizing the opportunity of his newfound clout, he made a 16-minute short, inspired by the incident but told from the perspective of one of the cops, a newbie drafted into the notorious anti-crime brigade that terrorizes the banlieues. The film was nominated for a César — France’s equivalent of the Oscar — in the shorts category. Ly’s feature version expands the story to include the entire neighborhood, moving between the police and the young people. Nearly every shot is inspired by real life. Ly lived through the ambush he re-creates for the film’s final scenes, in which the police are trapped in the stairwell of a housing project, with Molotov cocktails and tear gas flying. “It was horribly intense,” he recalls.

Ly is now looking to extend that intensity to two more films, part of a planned trilogy of two decades in the banlieues. The second will be set in 2005, during the Paris riots; the third, back in the 1990s, showing the origins of the current strife.

“I’ve been filming this story for 20 years and nothing has changed,” Ly says. “Until now, no one was watching.” 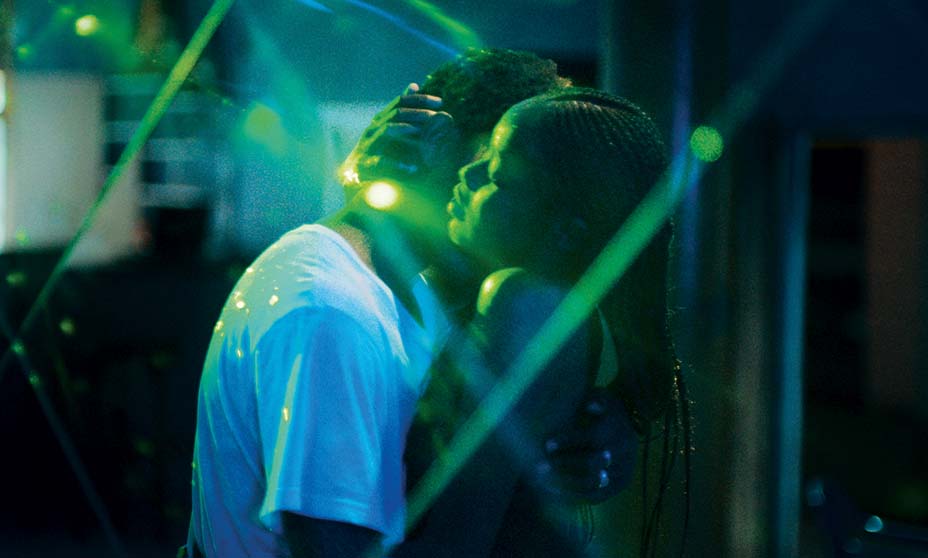 “As a mixed-race woman, I’m used to multiple visions of the world,” says Mati Diop, the French-Senegalese director of Atlantics. “There’s always a visible and an invisible side of you: where you live and the place you have left.”

The visible and the invisible collide in Diop’s Atlantics, which begins as the tale of Souleiman, a young Senegalese man who risks his life to cross over the water and reach Europe. But the refugee plot — inspired by a nonfiction short that Diop made in 2008 — soon gives way to something much stranger. Ada, the lover Souleiman left behind, is haunted by his ghost, as the spirits of the men lost at sea return to possess those who remain. Teen romance, supernatural horror and political commentary flow over and through one another in a turbulent mix of styles that wowed crowds at Cannes — where Diop won the grand jury prize. There, Netflix snatched up rights to Atlantics, bowing it worldwide in November.

Mixing fantasy and reality “was the only adequate form I could find to talk about this situation,” says Diop. “[It was] the only way to translate the reality in Senegal, where they don’t recognize a border between the real and the fantastic. When I showed the film in Dakar, the audience viewed it as realistic, something that showed their lives in all their multifaceted existence.”

Atlantics is, in part, Diop’s response to the “inadequate or poor” representations of Africa in the West, whether it’s news stories that view African refugees solely through “the prism of economics” or well-meaning European directors that depict black characters more as an African archetype than as “extremely unique individuals who come from a very specific place and a very specific culture.”

In shooting Atlantics, Diop was keenly aware of her responsibility in representing “black bodies and black faces” onscreen. “When I wrote the character of Ada, I only thought of what is going on inside her, not about the color of her skin,” she says. “But you can’t ignore that these are characters that are almost never seen in cinema ­— because cinema has been a powerful tool of propaganda. African characters have been betrayed by cinema and there is need, in a sense, for reparations.

“It might seem obvious, but if you want a story to be universal, you have to be extremely precise,” says Diop. “A young Senegalese woman is not going to experience exactly the same thing watching the film as a white man in Europe. But cinema is one of the most powerful tools of translation. I hope my film has translated an African reality into that universal language of film.”